A Pot to Piss In 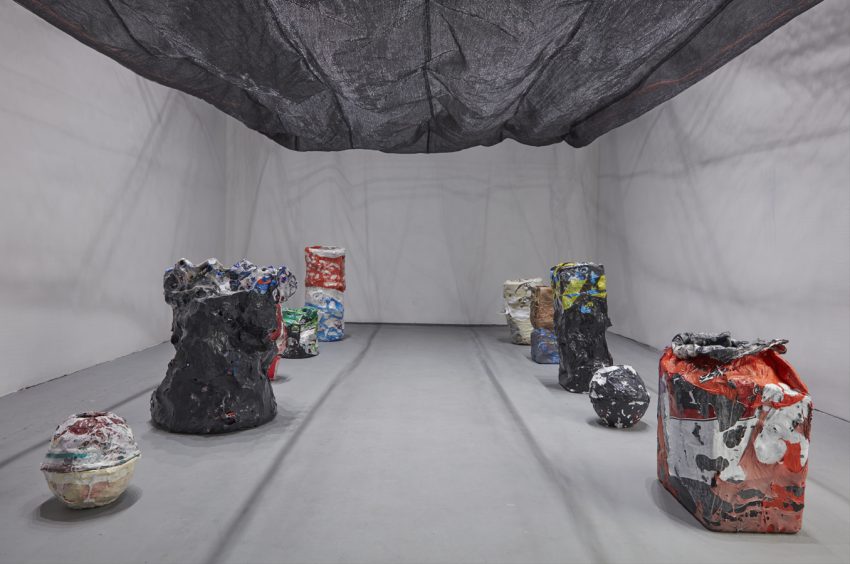 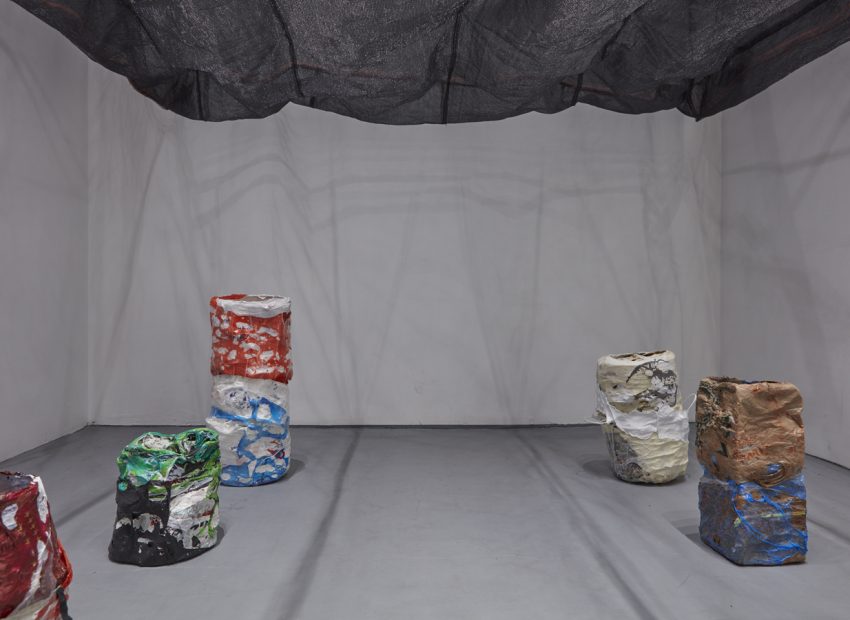 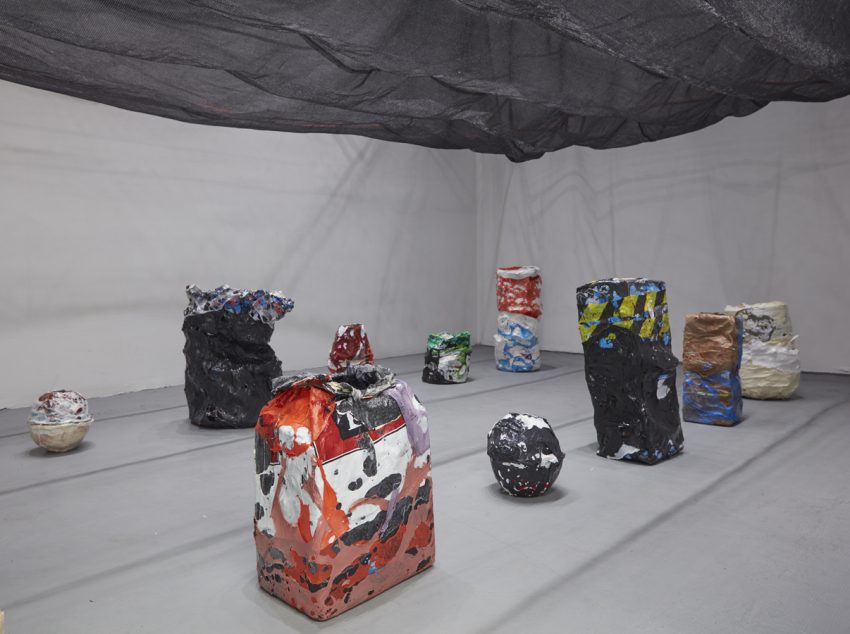 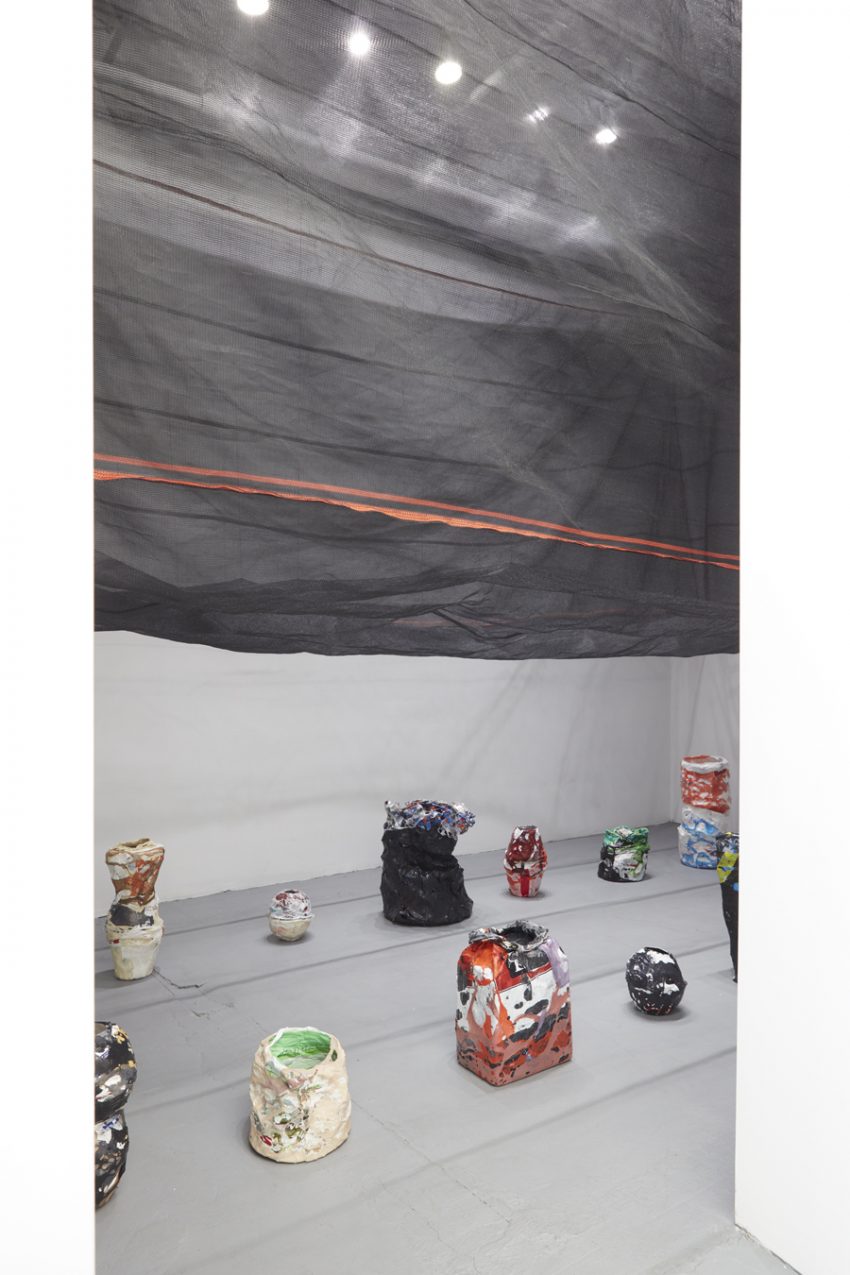 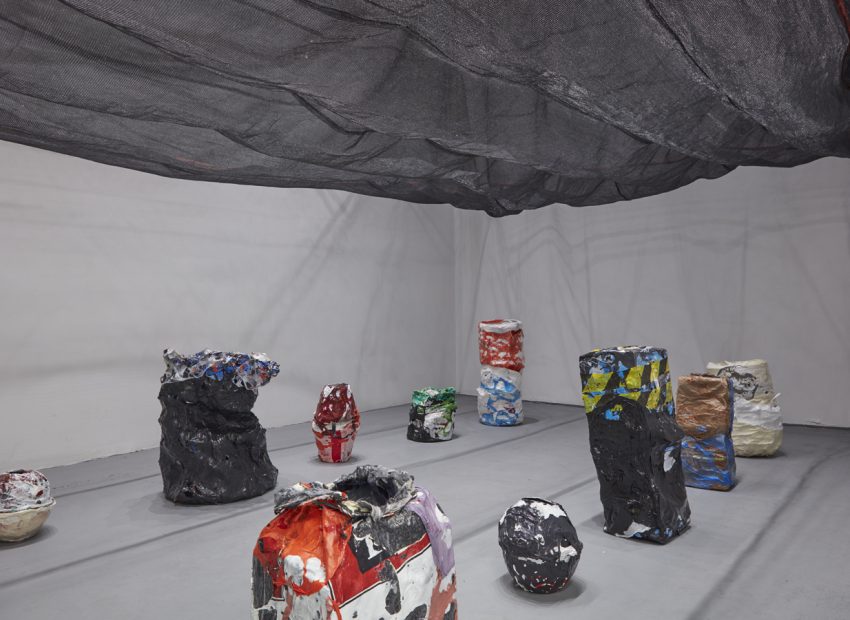 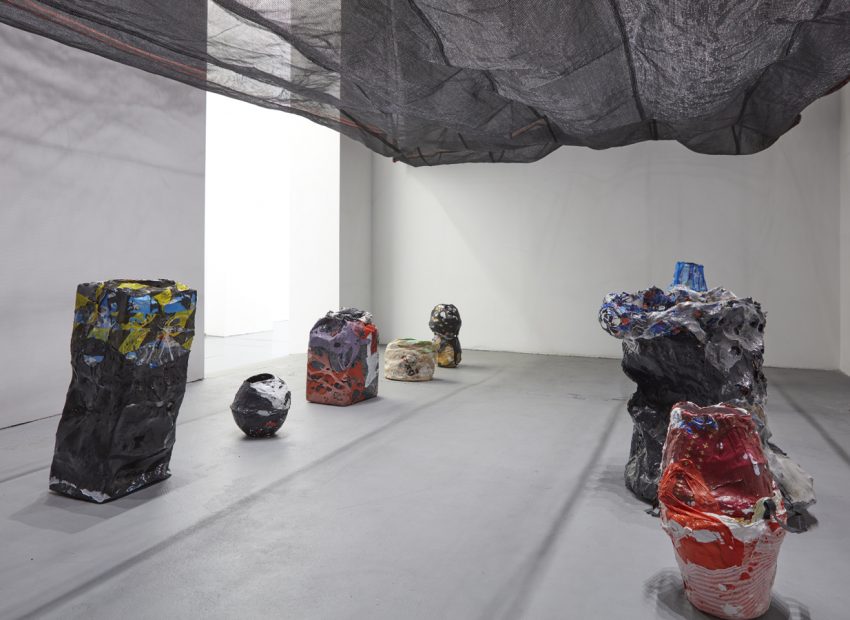 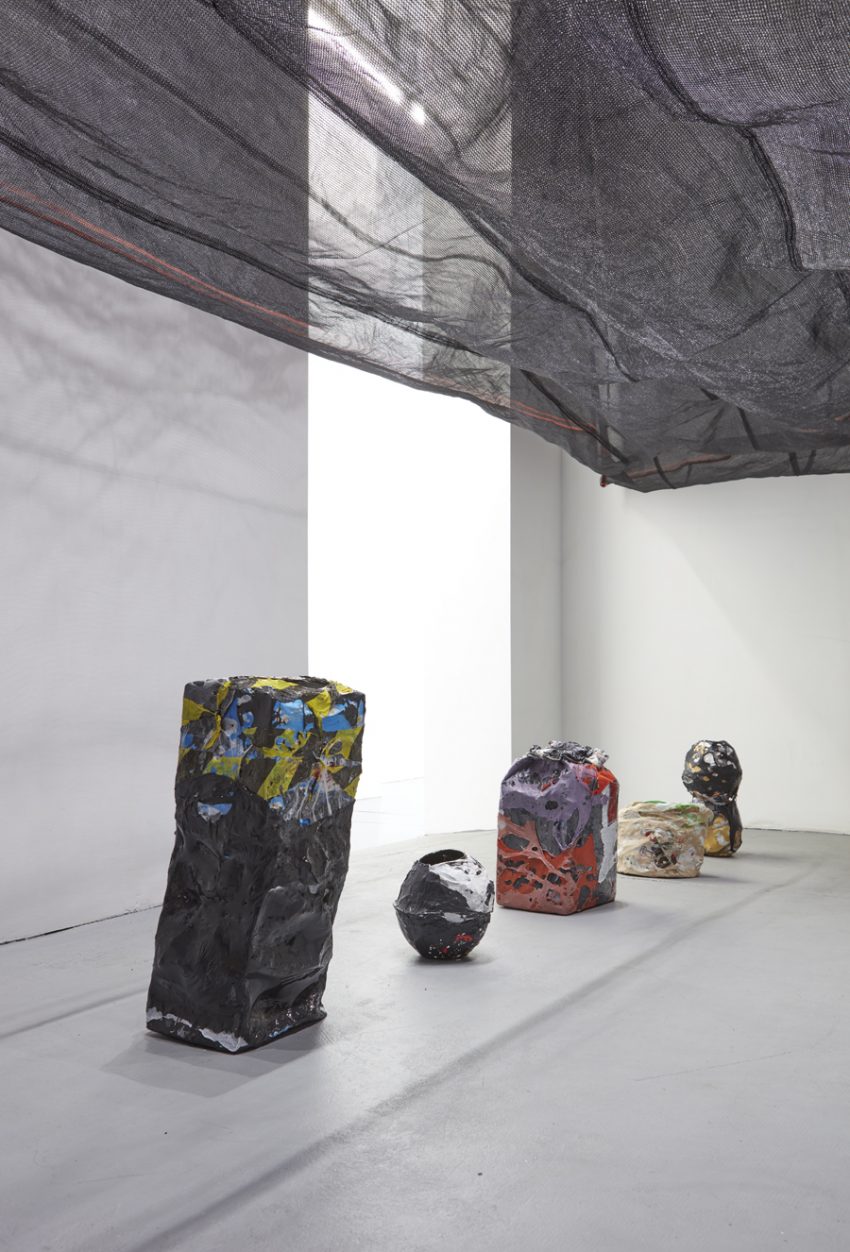 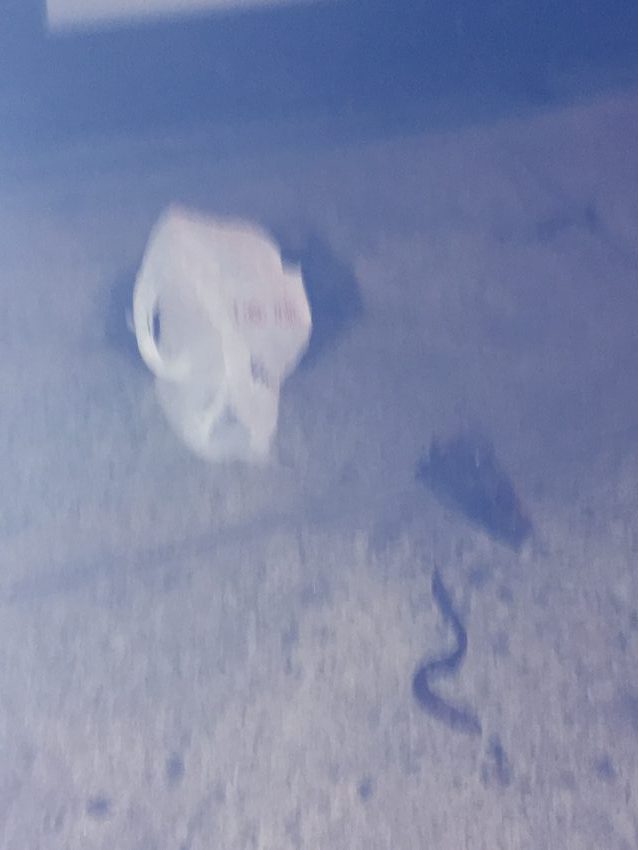 Allyson Vieira will present “A Pot to Piss In,” an installation of new sculptures at Klaus von Nichtssagend Gallery from February 18 through March 26, 2017. The show will run in conjunction with Vieira’s solo exhibition at Company Gallery, February 28 through April 2.

It’s darker here now. A black volume of construction netting fills the void of the gallery space. Looming, it pushes you under it. You have to stoop and look down.

Vessels sit on the gallery floor. Humanity’s simplest tools, vessels are ubiquitous—culturally, temporally—and hold an essential, permanent place throughout the unspooling timeline of human existence. Made from melted plastic shopping bags, these imperfect vessels “don’t hold water.” The non-functional forms straddle times: a bleak, half-digested future’s past. Familiar logos and patterns stretch, melt, and degrade, becoming colorful swathes of design and decoration. There is a shoddy permanence to these inescapable bags; despite their “throwaway” intention, they become a broken down, impoverished, raw material of the future.