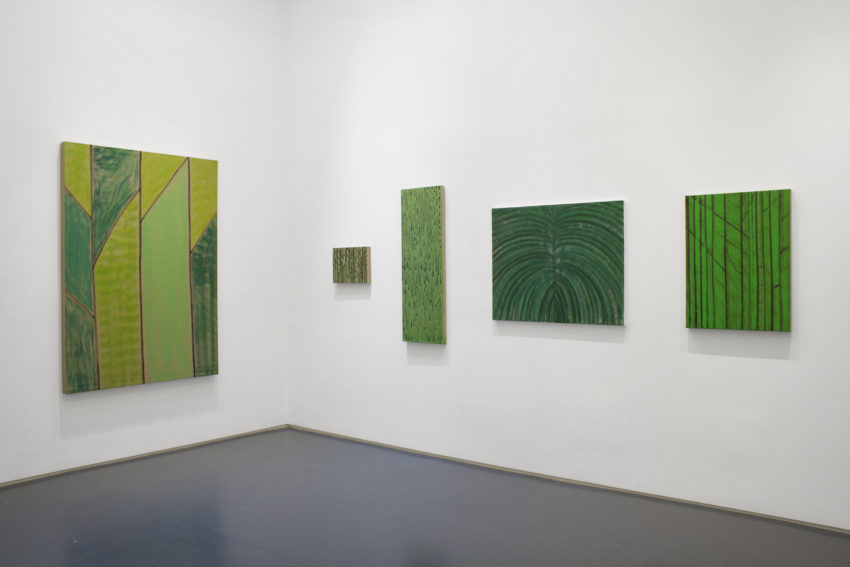 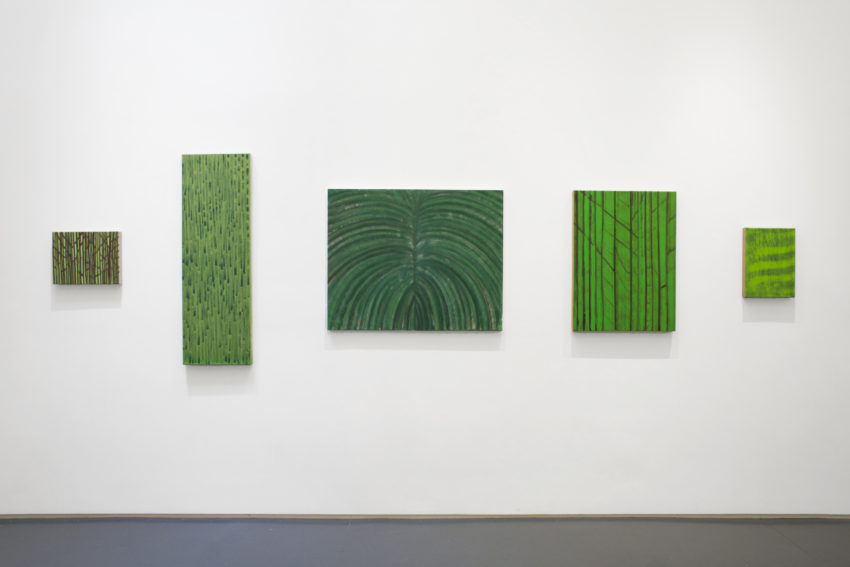 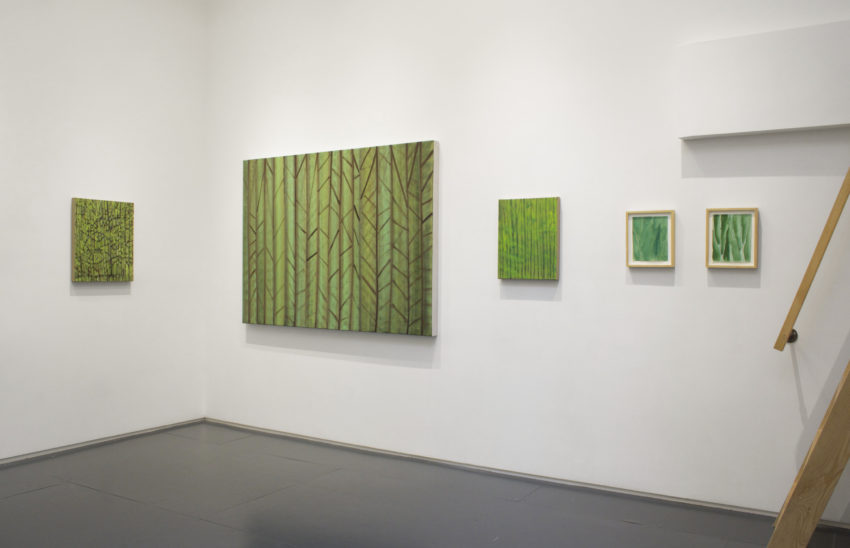 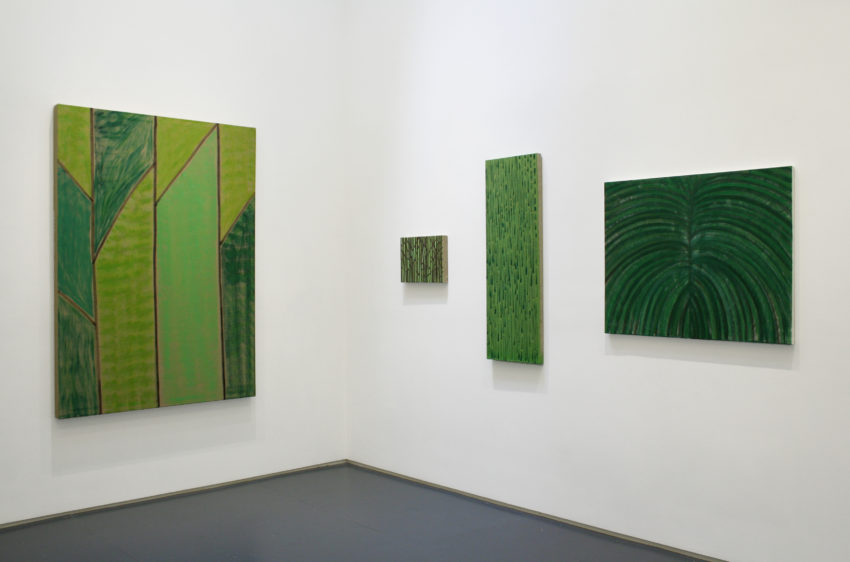 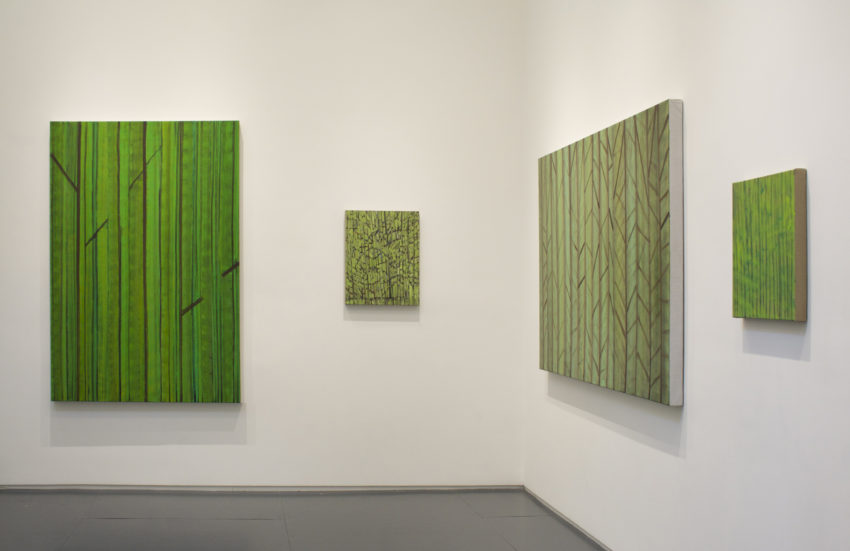 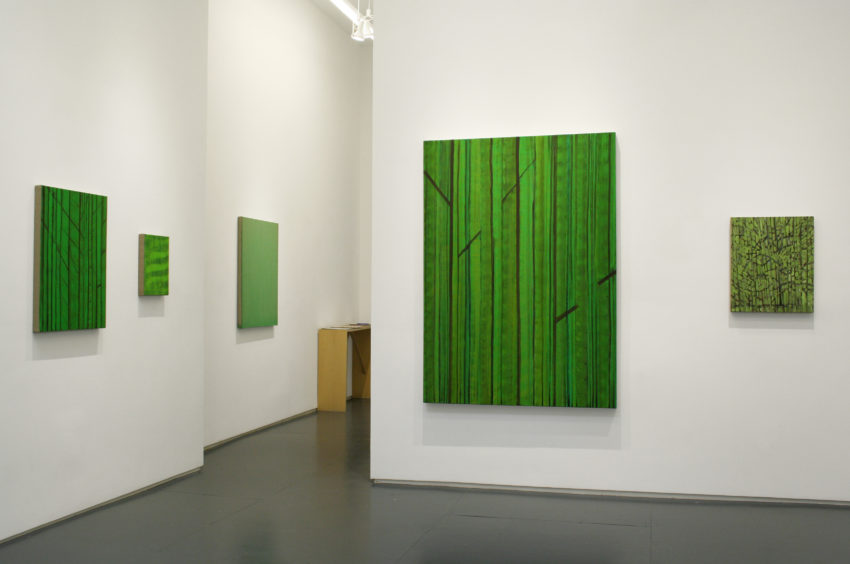 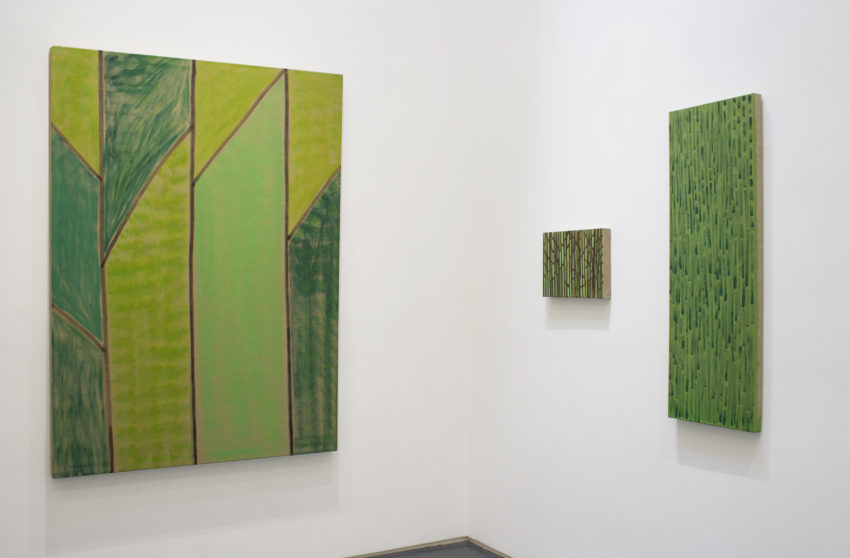 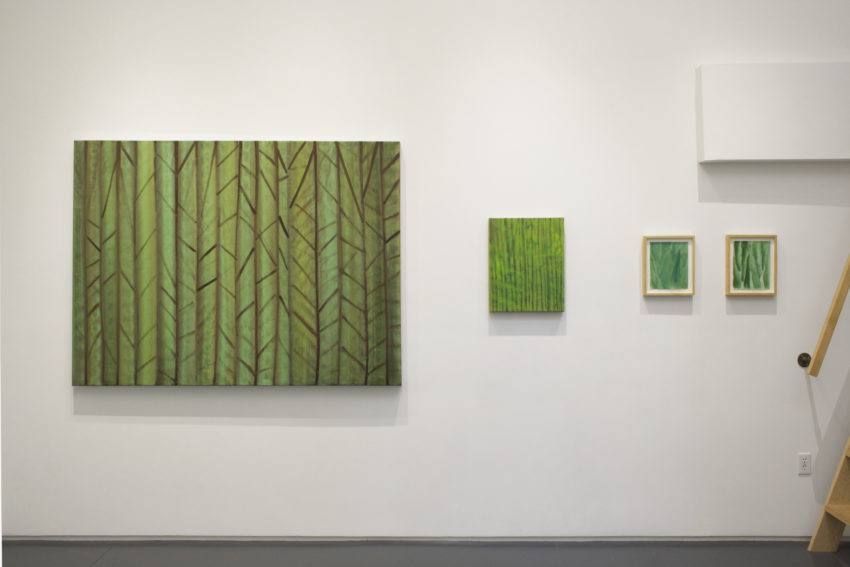 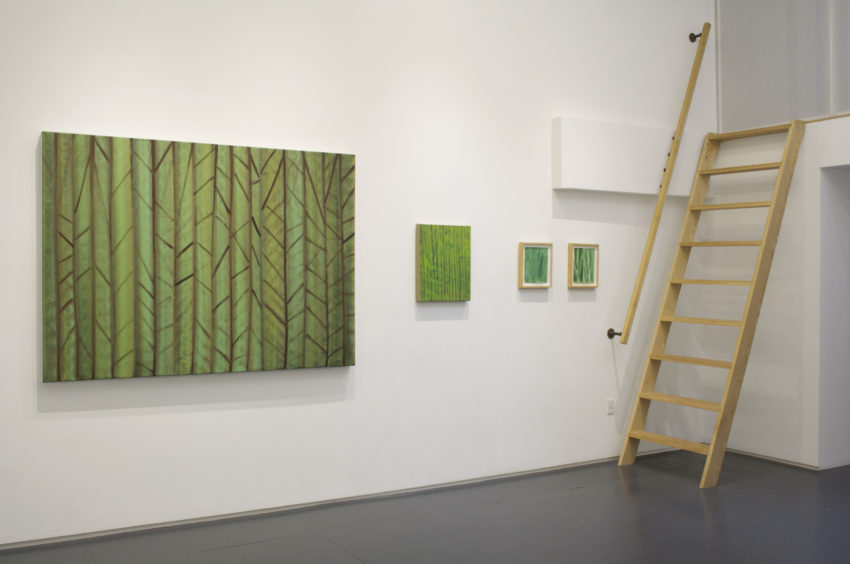 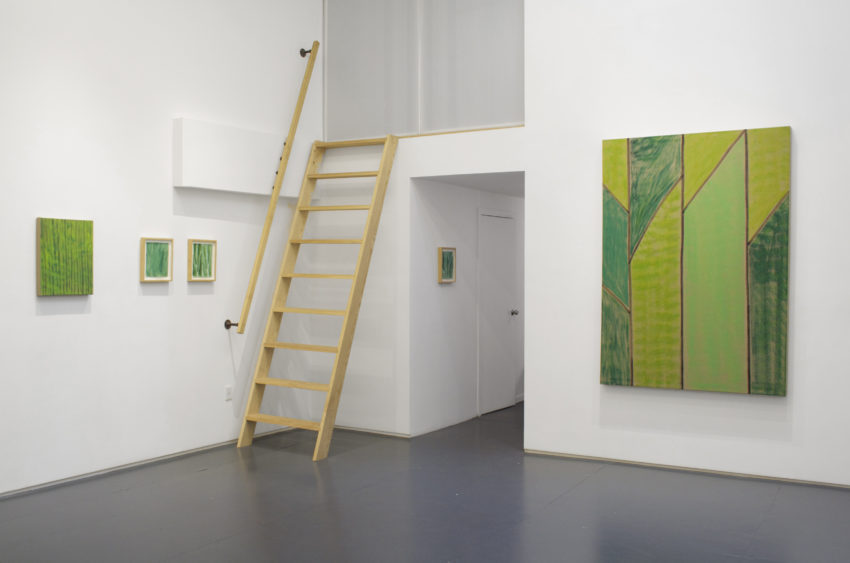 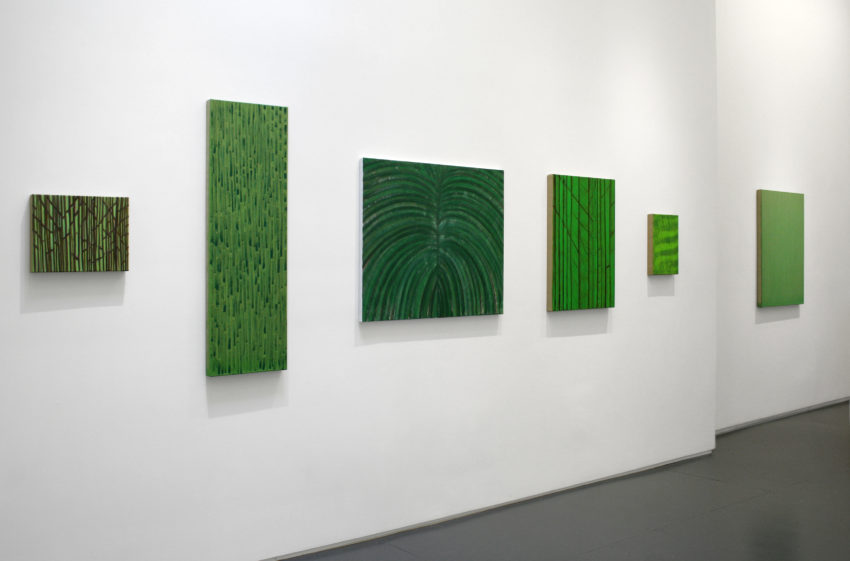 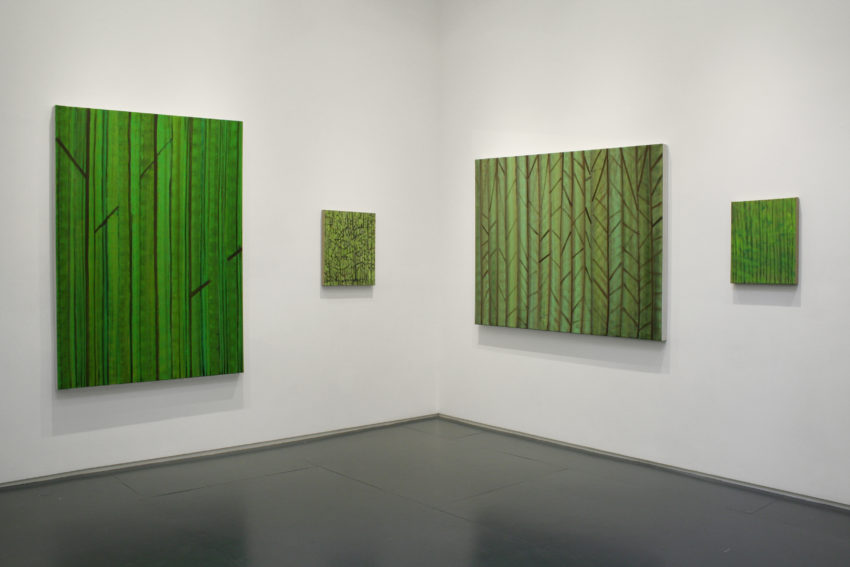 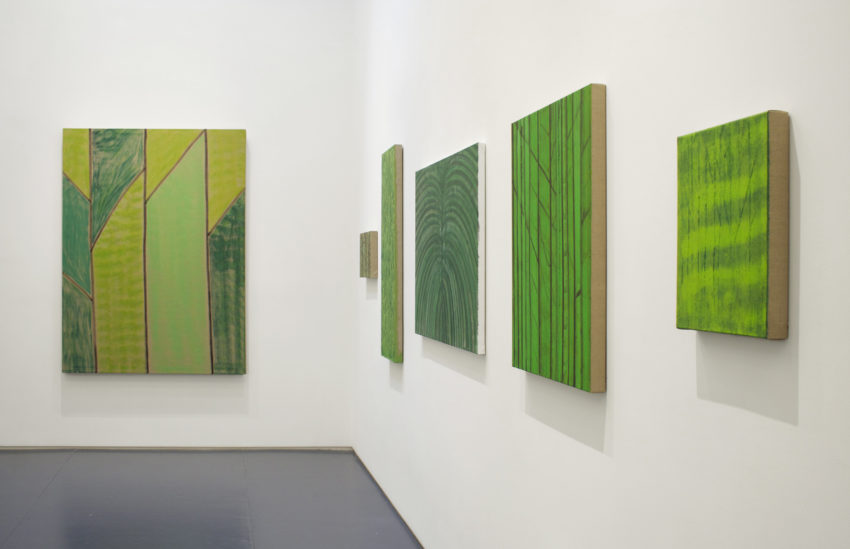 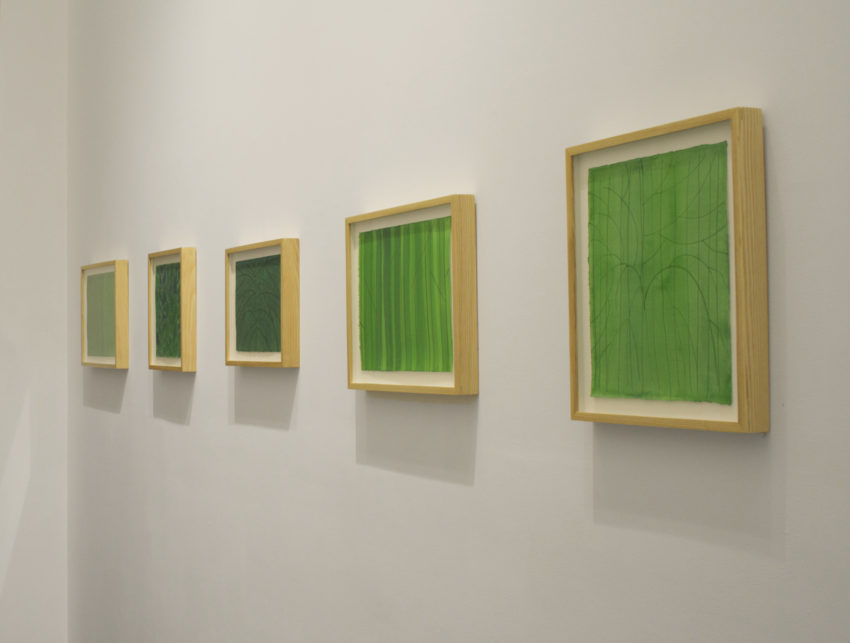 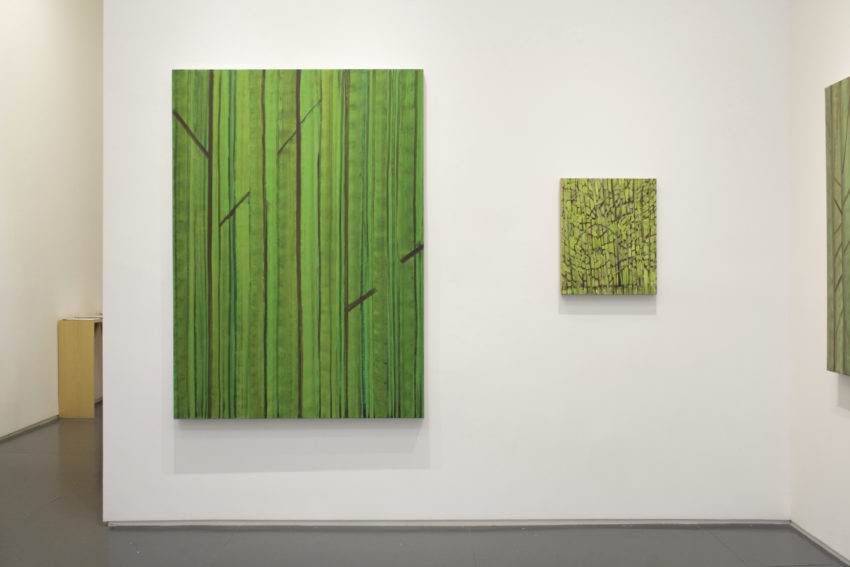 “It’s always at the point where I’ve almost succeeded at talking myself out of painting another tree or forest that I find a new direction back into the work. This could come from a different way of thinking about my own work or someone else’s. It could come through struggling with the materials, or from thinking about the next exhibition space and location. This happens several times a year, and sometimes from one painting to the next. I’m looking ultimately, I think, for a way to constantly restore my faith in painting and also to prevent cynicism from entering my work.” – Benjamin Butler

Benjamin Butler’s work since 2001 has depicted mountains and trees shown in varying modes of abstraction. His imaginary landscapes are constructed through a straightforward approach, repetition of motifs, and a personalized synthesis of the languages of modernism.

Green Forest is a new group of paintings made by Butler since relocating to Vienna, Austria from New York City in 2012. Limiting his palette to the color green, Butler’s new paintings act as individual pictures and also as an installation, conjuring up a dense and lush forest environment. While they are painted in similar hues, they vary greatly in terms of technique, level of abstraction, and their reference points ranging from monochromes and minimalism to impressionism and psychedelia.

Butler states – “When developing the work for this show, I found myself thinking more than ever about the gap between what has been historically considered as conceptual painting and paintings made by someone who paints as a hobby, simply for ‘the joy of painting’. For me, it gets more and more difficult to tell the difference, or perhaps I enjoy viewing them as equals. This can be a very liberating way to think about art and painting, and much like a fertile green forest, it opens up new possibilities.”