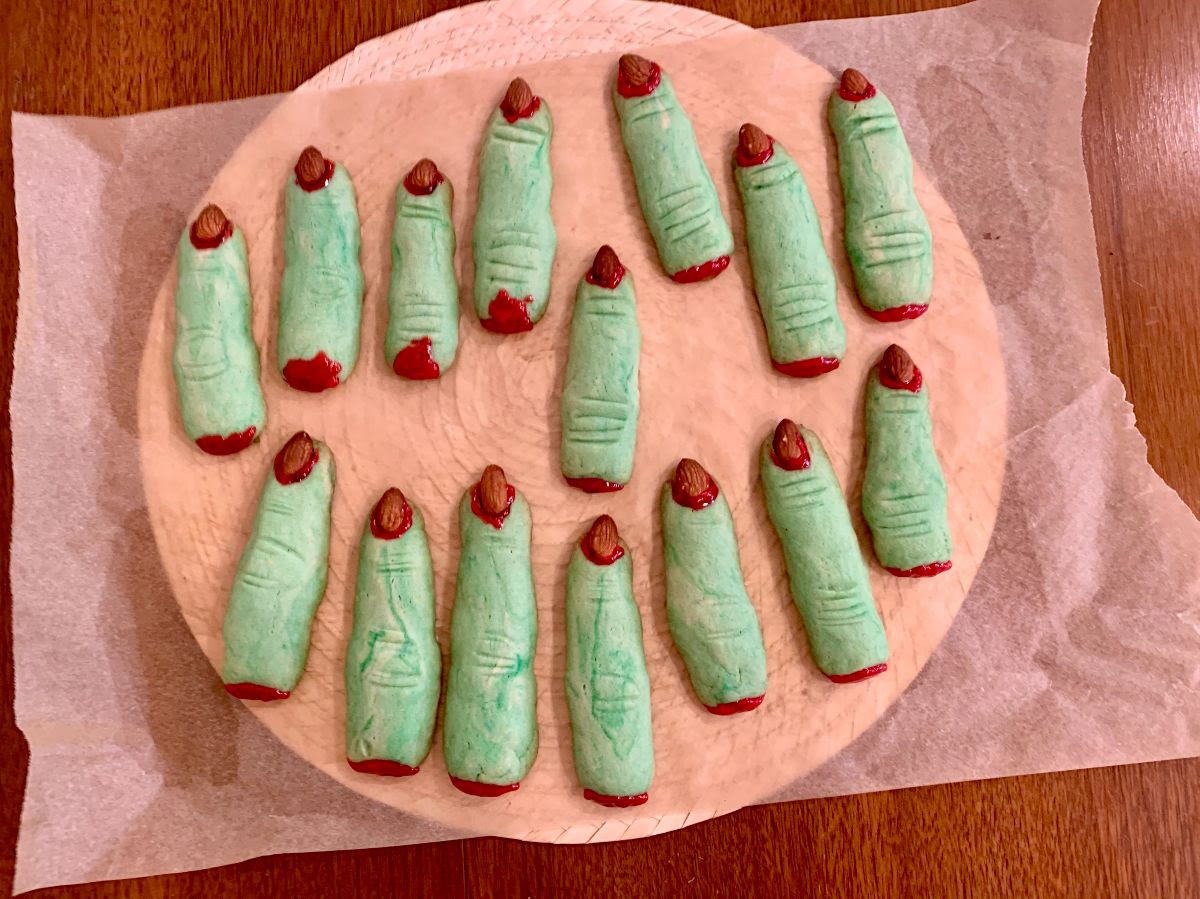 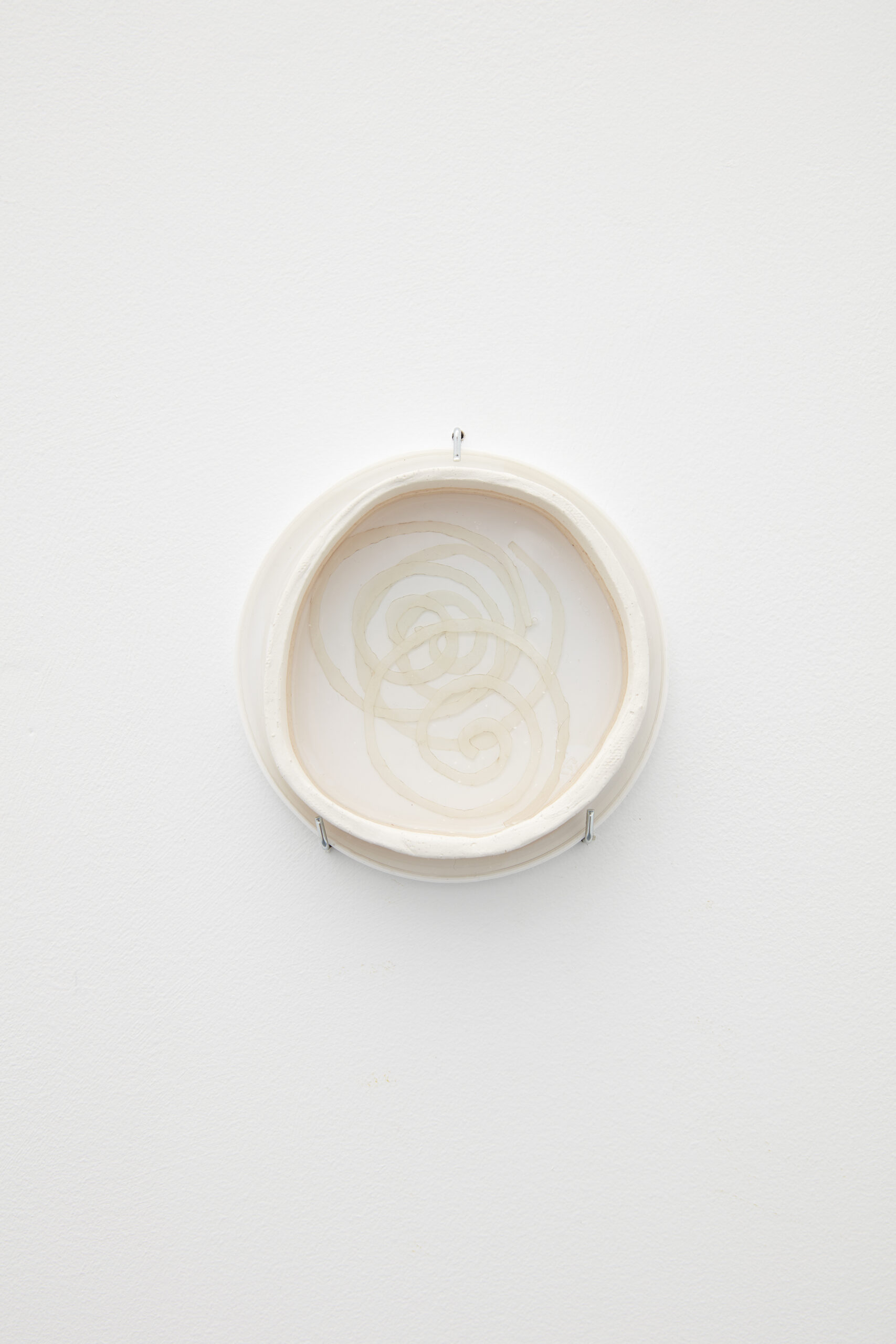 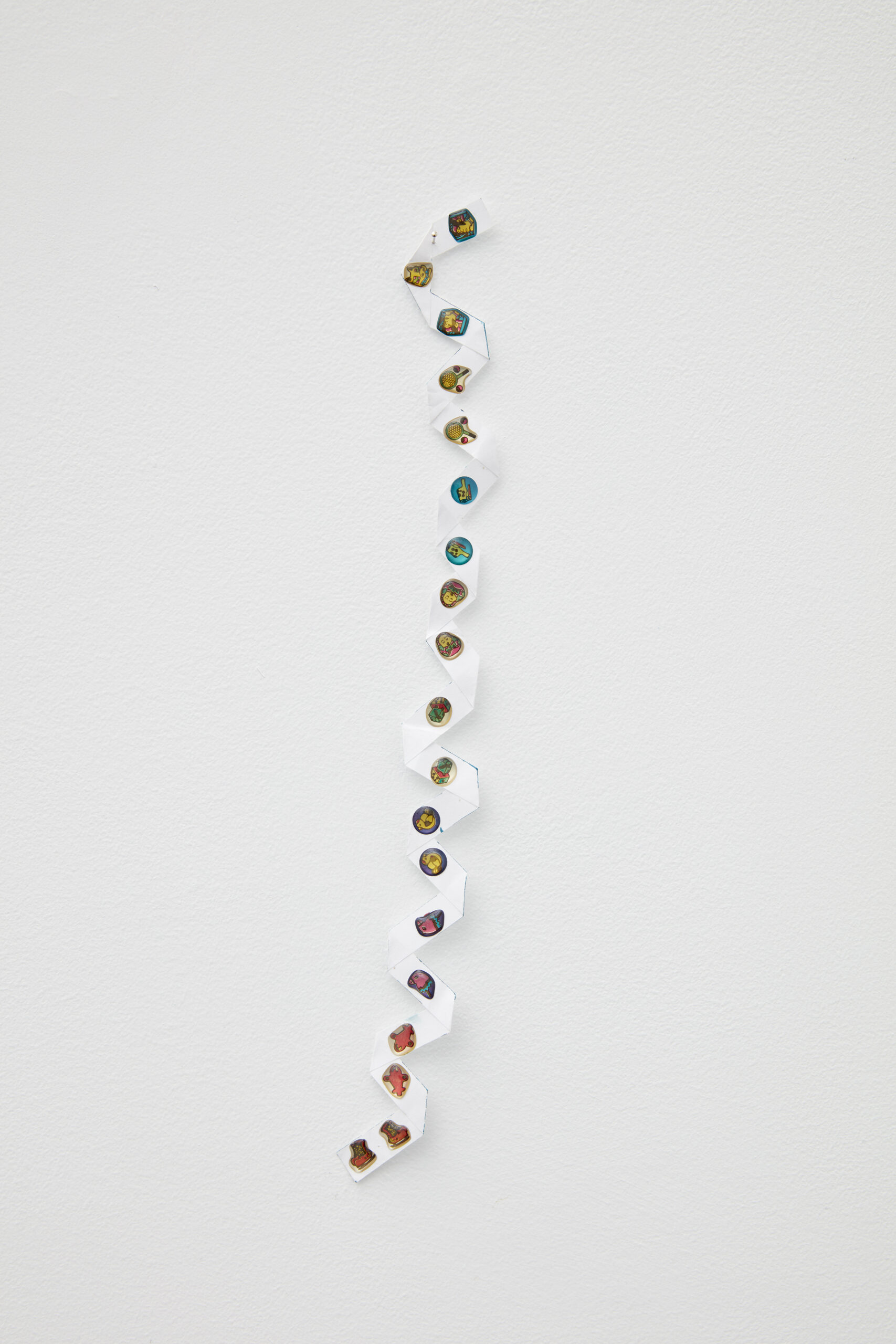 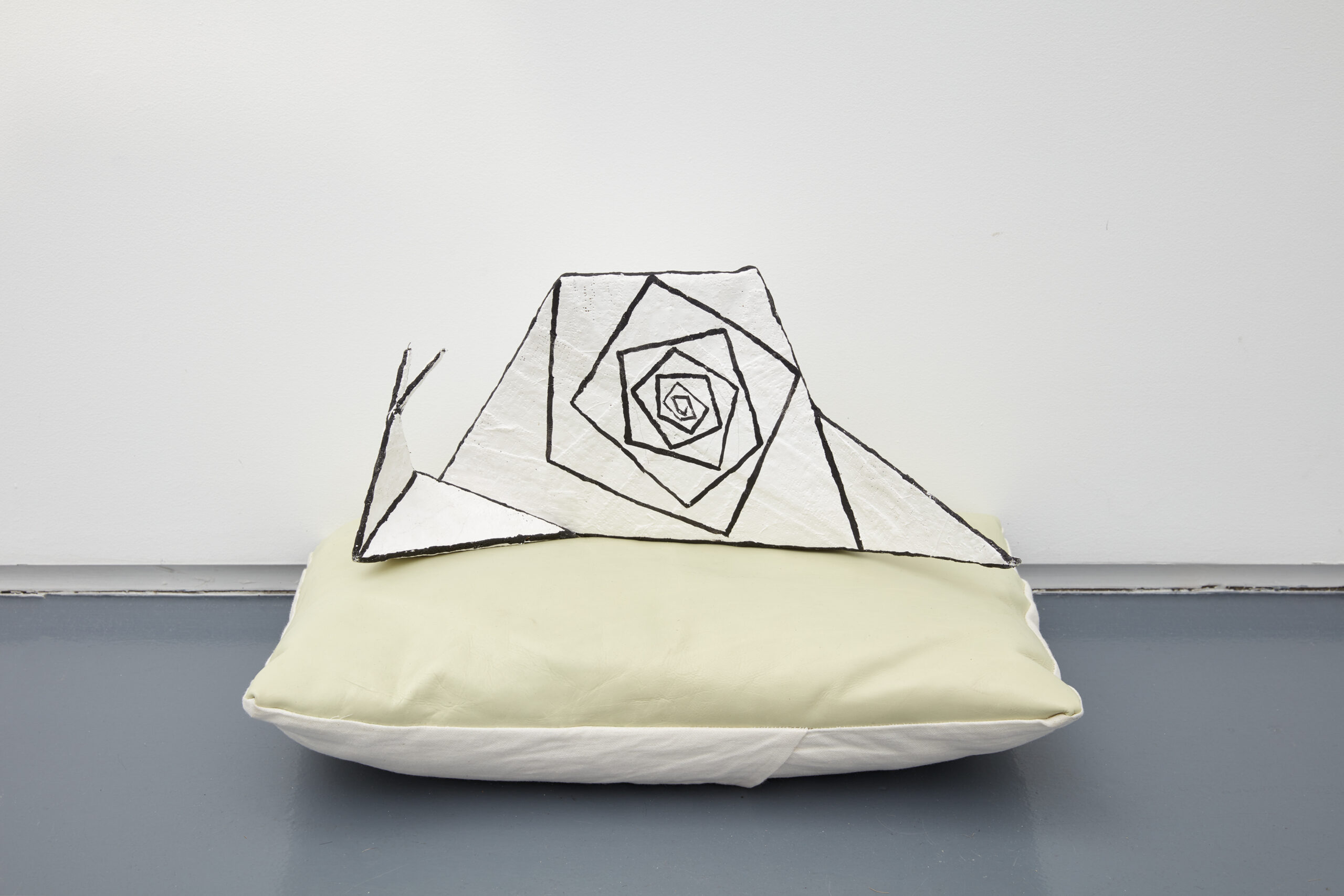 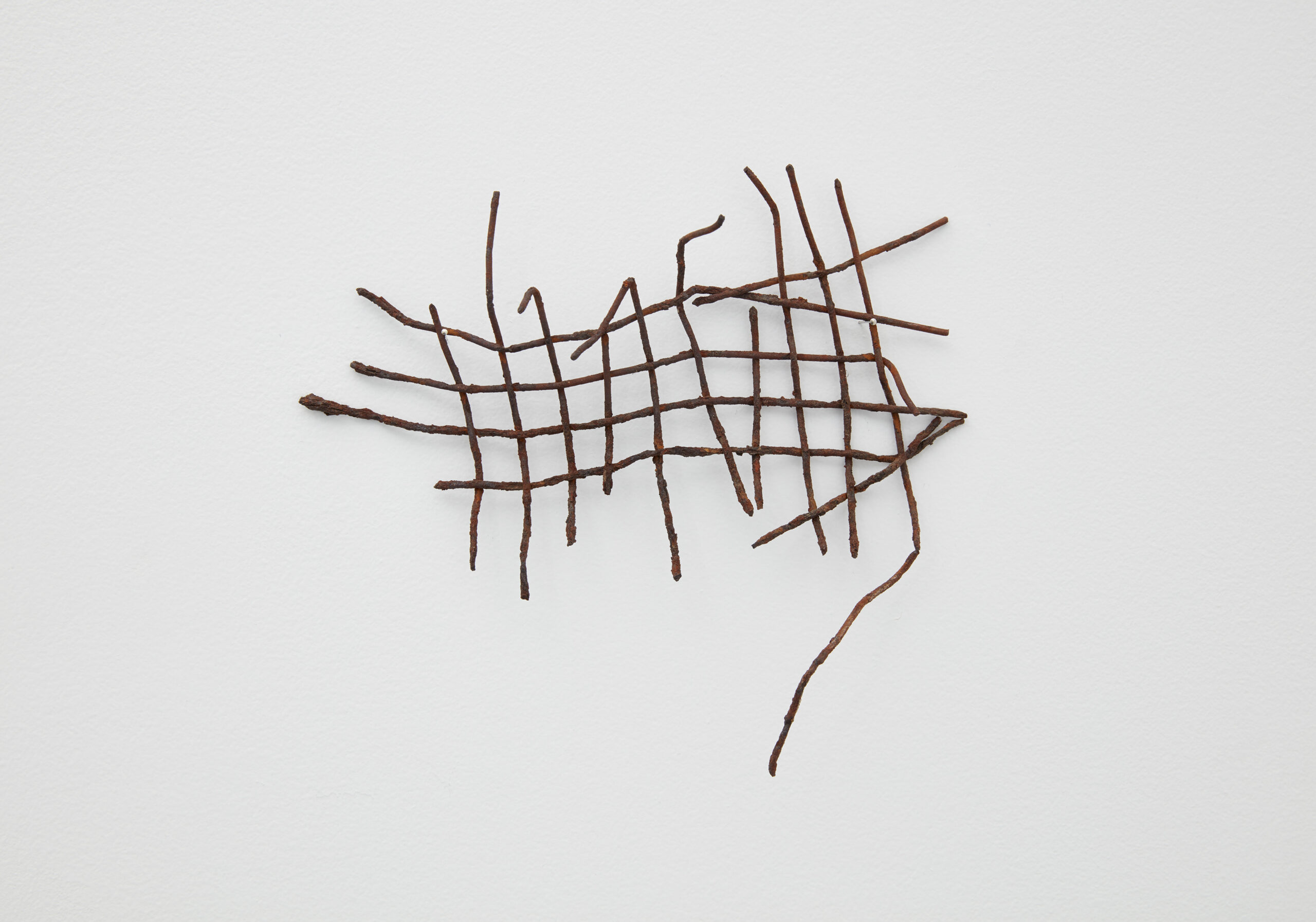 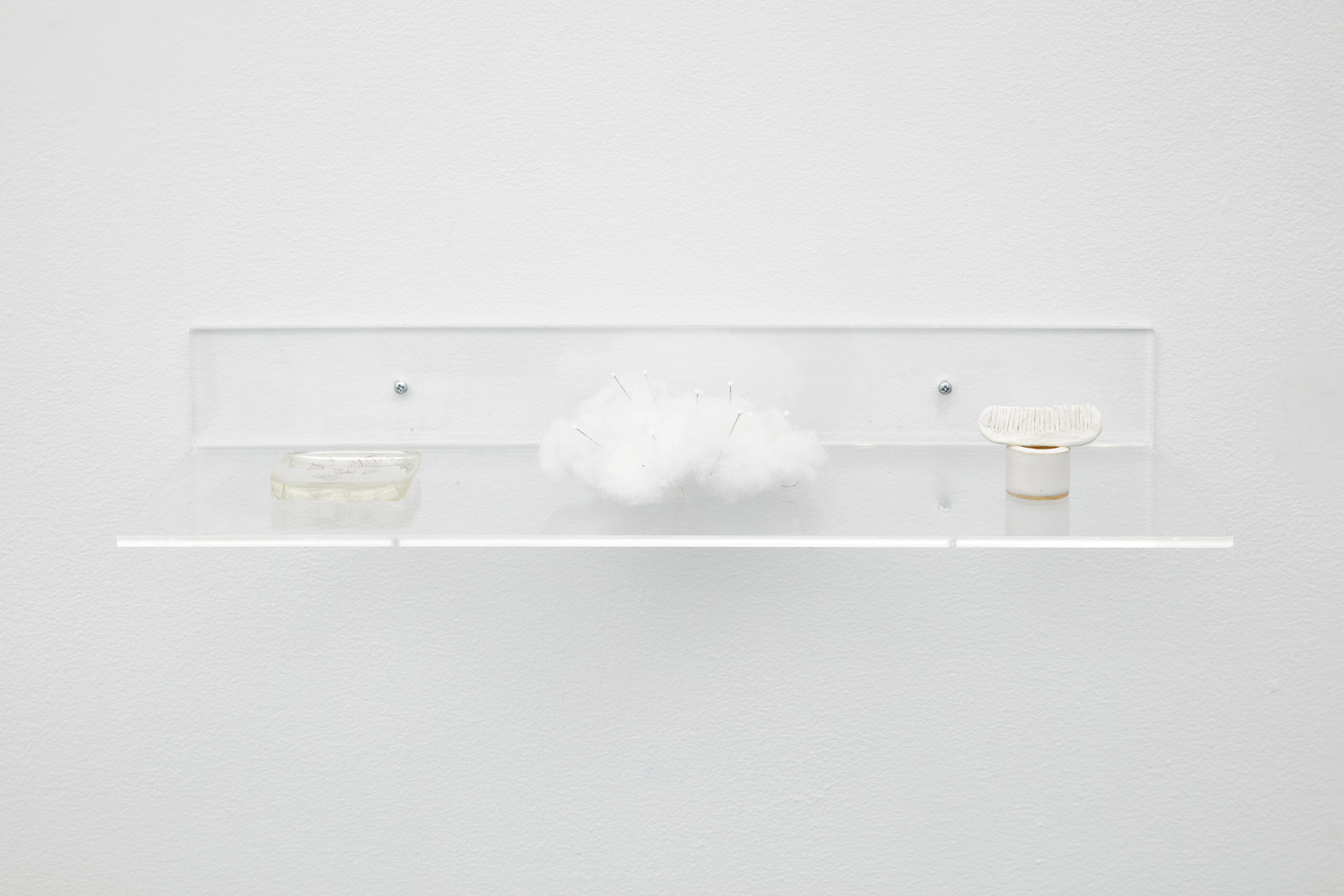 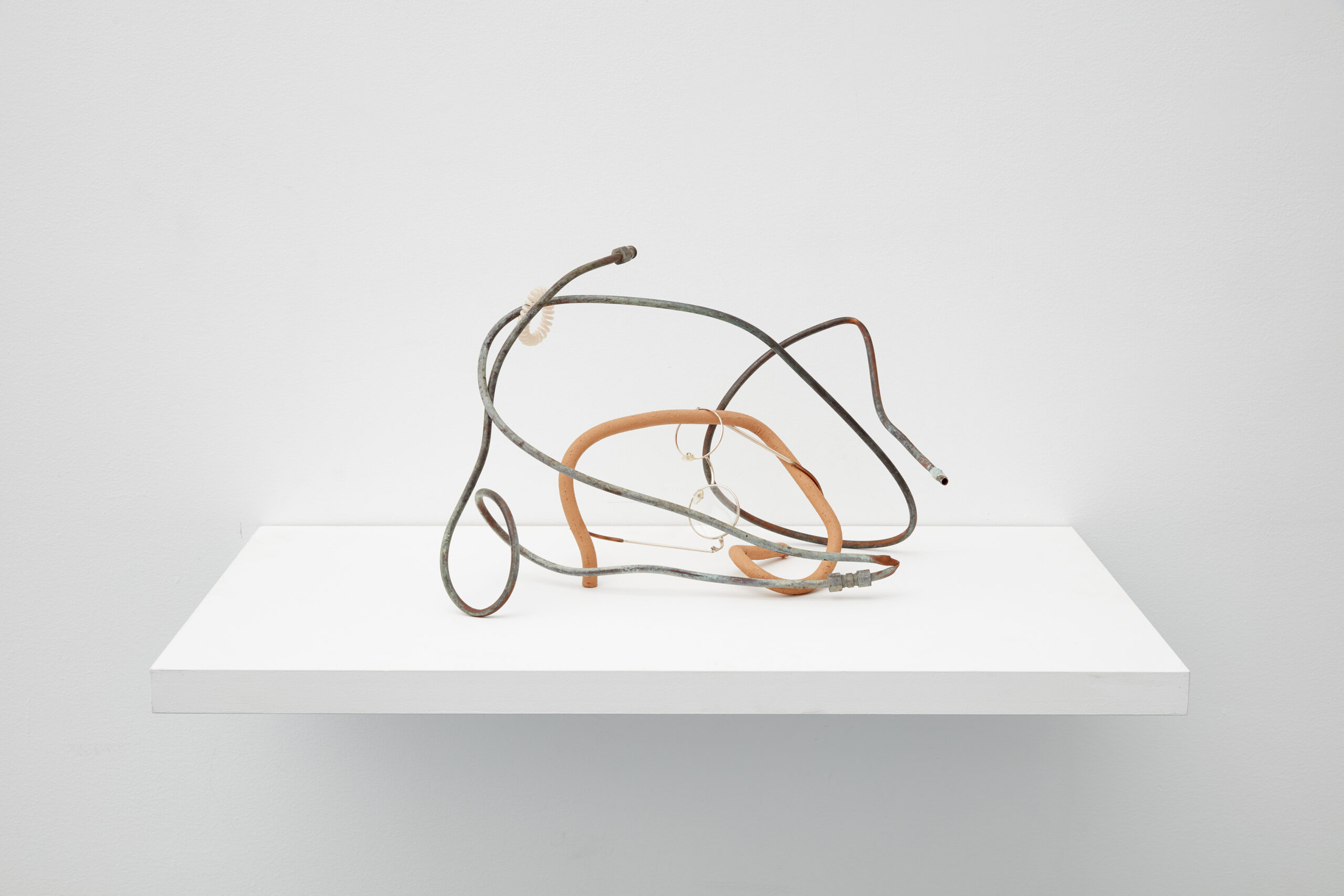 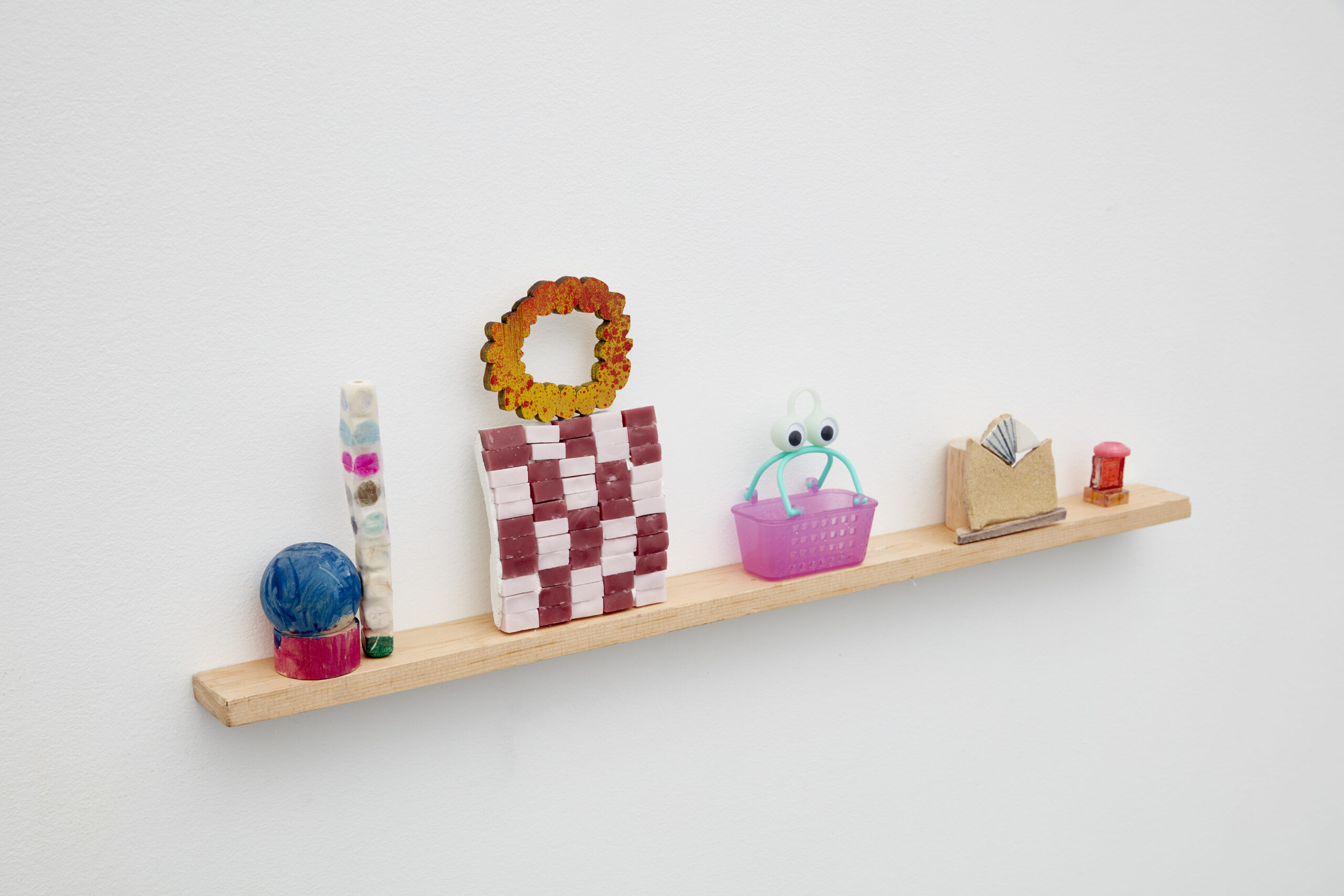 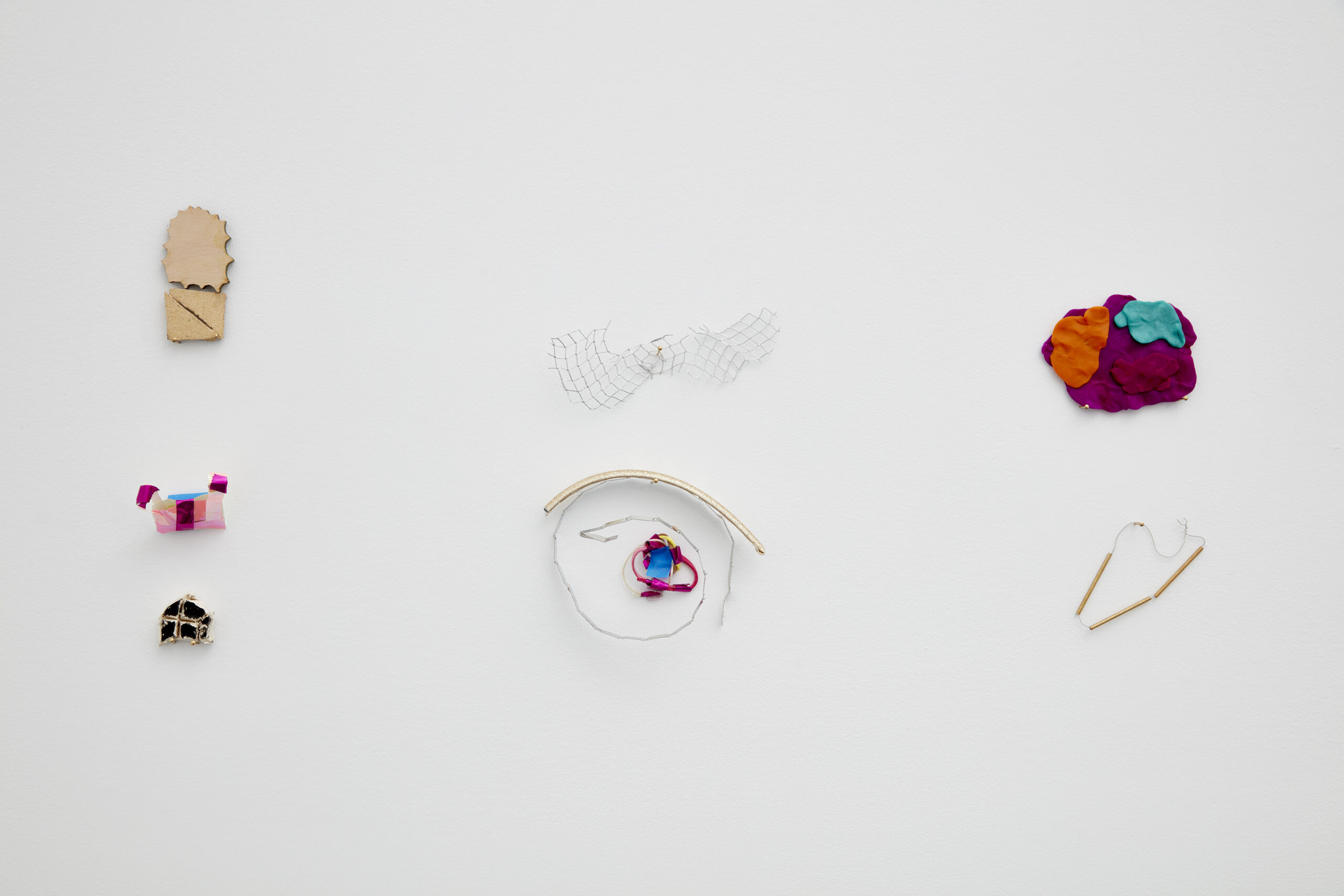 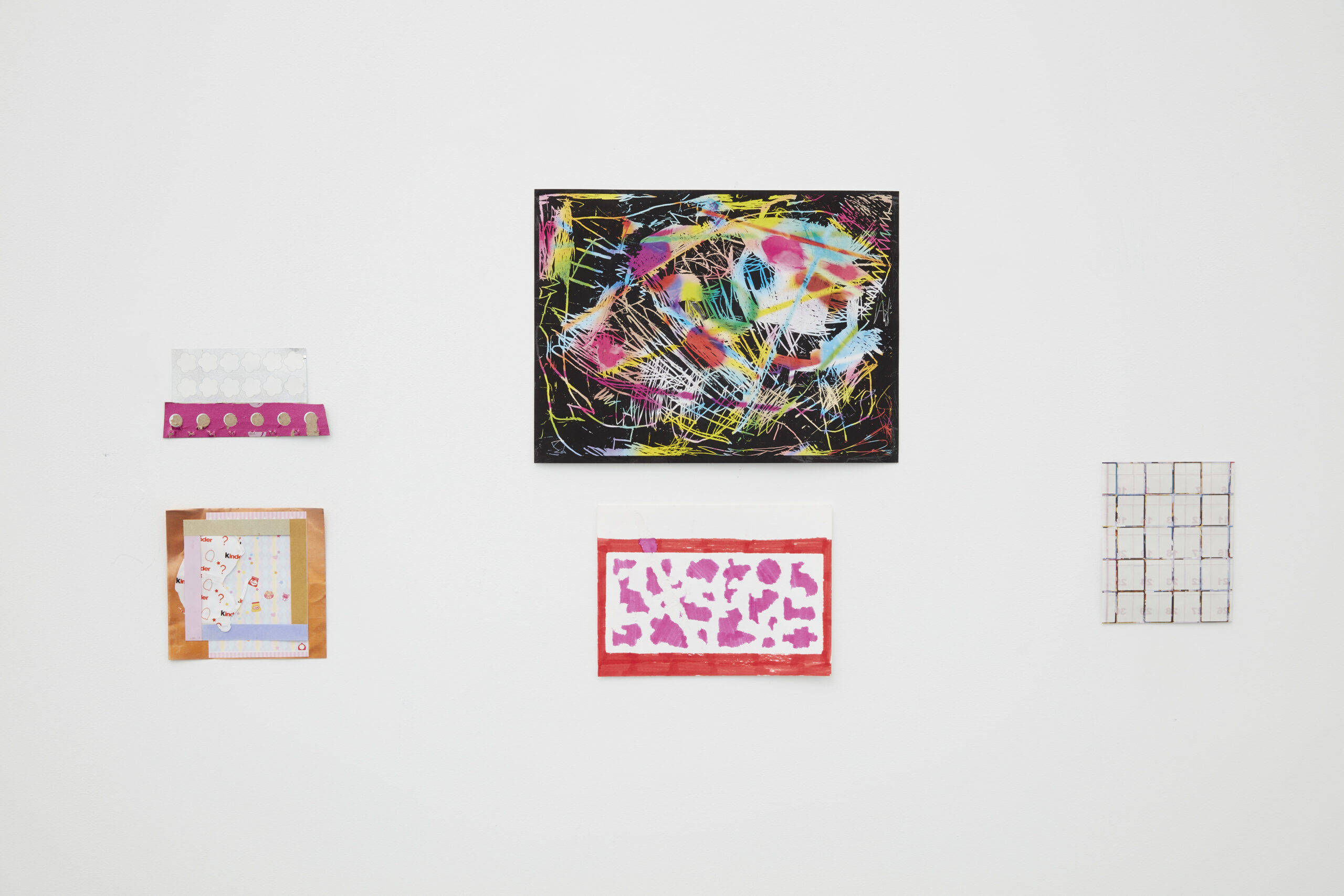 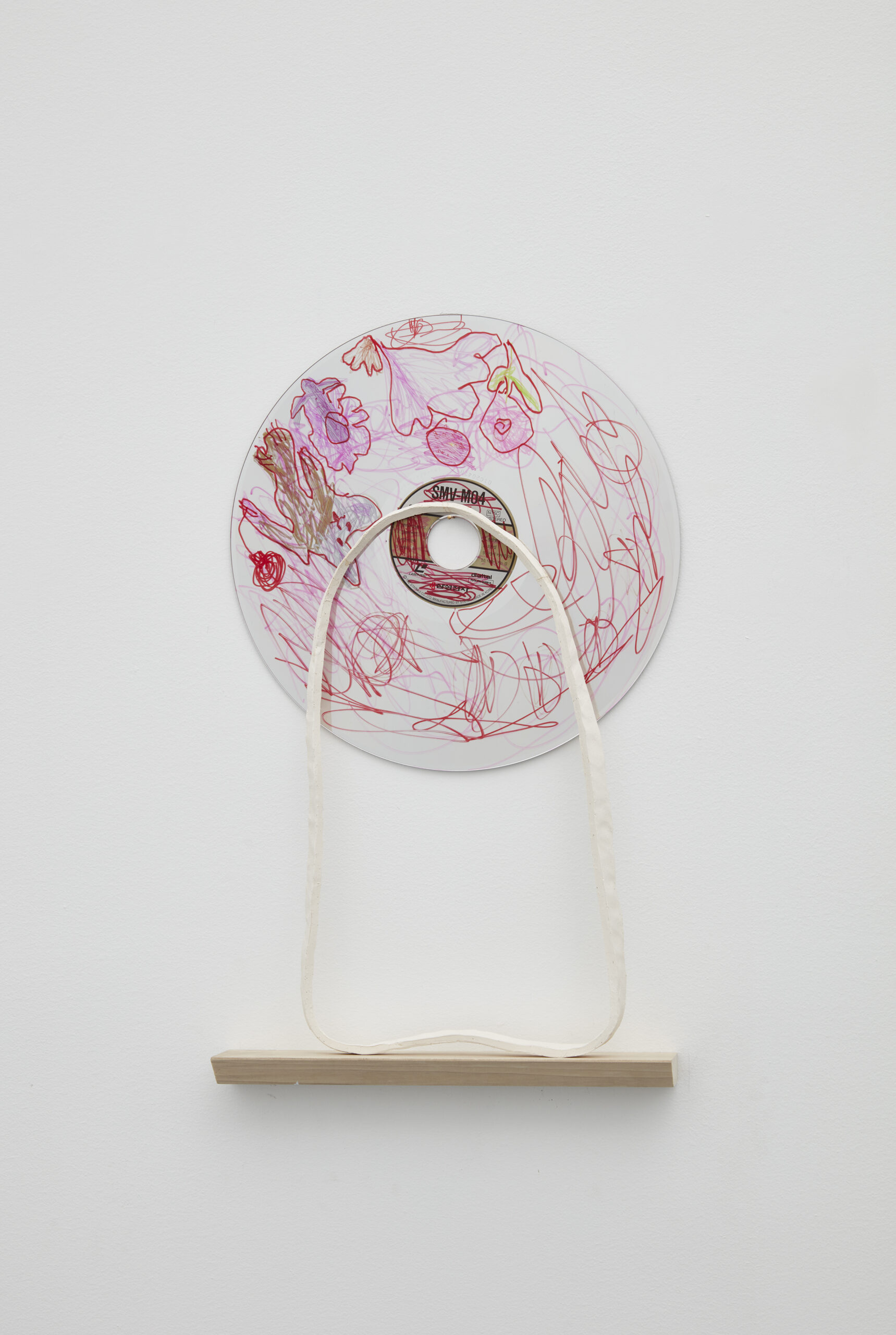 Klaus von Nichtssagend Gallery is excited to present a new show of works by Donna Chung. The show will inhabit the main gallery at 54 Ludlow Street, opening on Friday, April 9 and running through Saturday, May 15.

The show, titled, fun! the! get! on! up!, features a selection of sculptures that display Chung’s refined aesthetics, arrived at through her use of found or reconstituted materials in confluence with handmade or drawn elements. Glass, metal, ceramics, cotton, pins, and plywood are among the many elements that Chung combines in her seemingly casual yet pointedly focused works.  A collection of glass that – at first glance – looks to be shattered and glued back together, is meticulously outlined with copper, belying a careful consideration. Childlike scrawls in marker are drawn on the reflective surface of a laserdisc which hangs on the wall with a gravity-suggesting ceramic mass drooping from its center. A giant paper snail with geometrically patterned shell holds court atop a satin pillow. Two “burst” forms cut out of 1-inch plywood radiate energy, countered by the dull thickness of the wood. A series of smaller sculptures sit on a shelf, and include a cloud-like form made from an ethereal puff of cotton, punctured in every direction by pins. Chung’s playful, comical sensibility is parried by a pointed tactility and economy of manipulation. Delicate or soft elements are interwoven with razor sharp, or barbed components, suggesting a danger that – if not immediately obvious – lingers in view.

In addition to the works on display, Chung has made a new risograph zine for the show, entitled Daughter 2, that features drawings and collages by the artist and her daughter Daisy. The zine is a sequel to Daughters, which Chung created in 2014 for the exhibition, Daughter of Bad Girls.

Donna Chung (born 1979), lives and works in Los Angeles, CA. She holds a BFA from the Rhode Island School of Design and an MFA from the California College of Arts. This is her fourth solo exhibition with the gallery.