Towards a New Impending Idiot Utopia 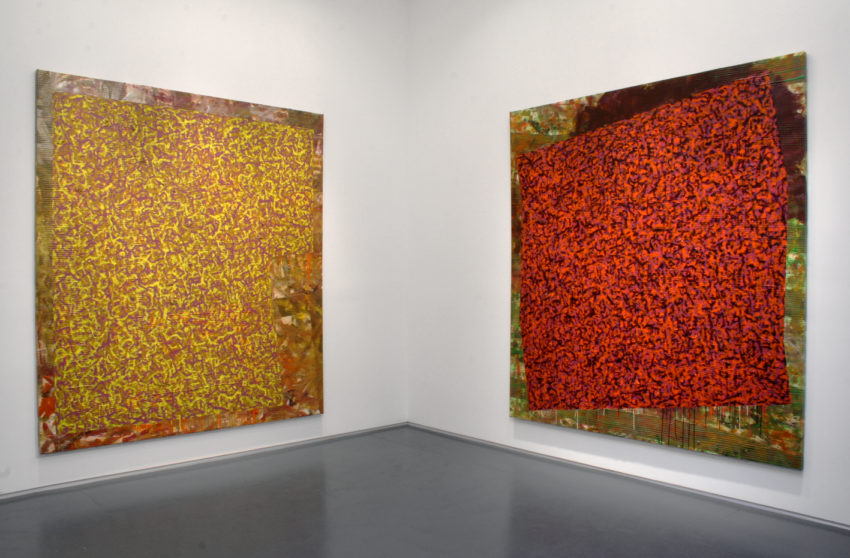 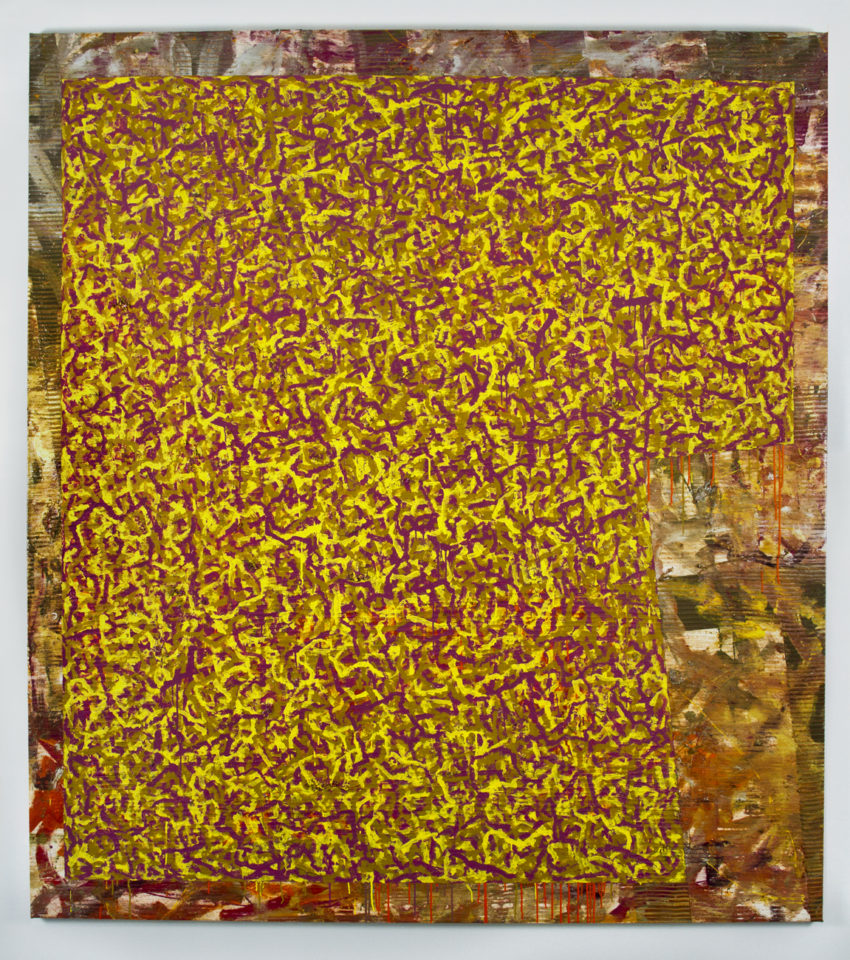 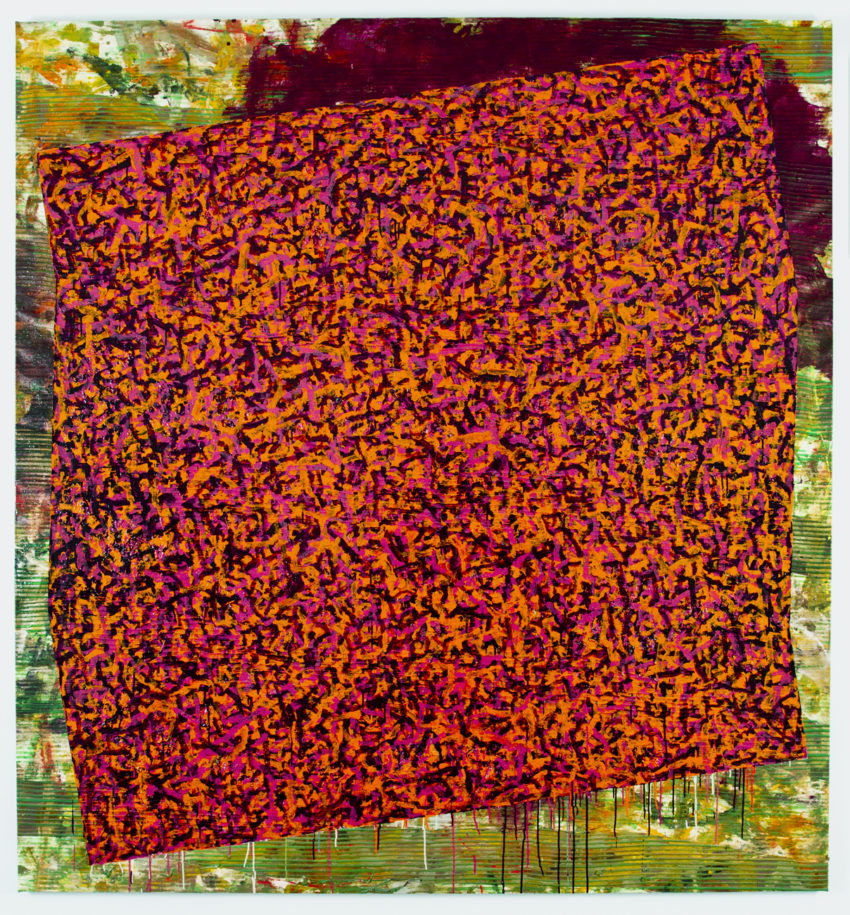 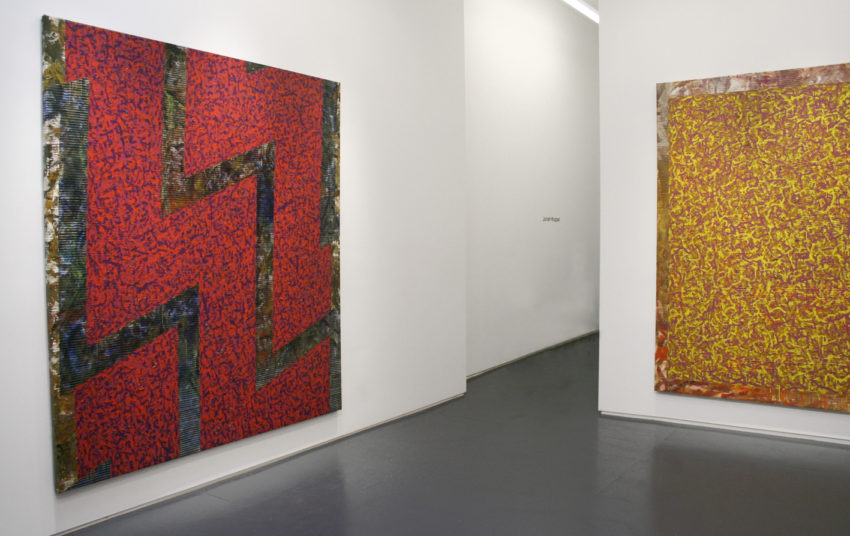 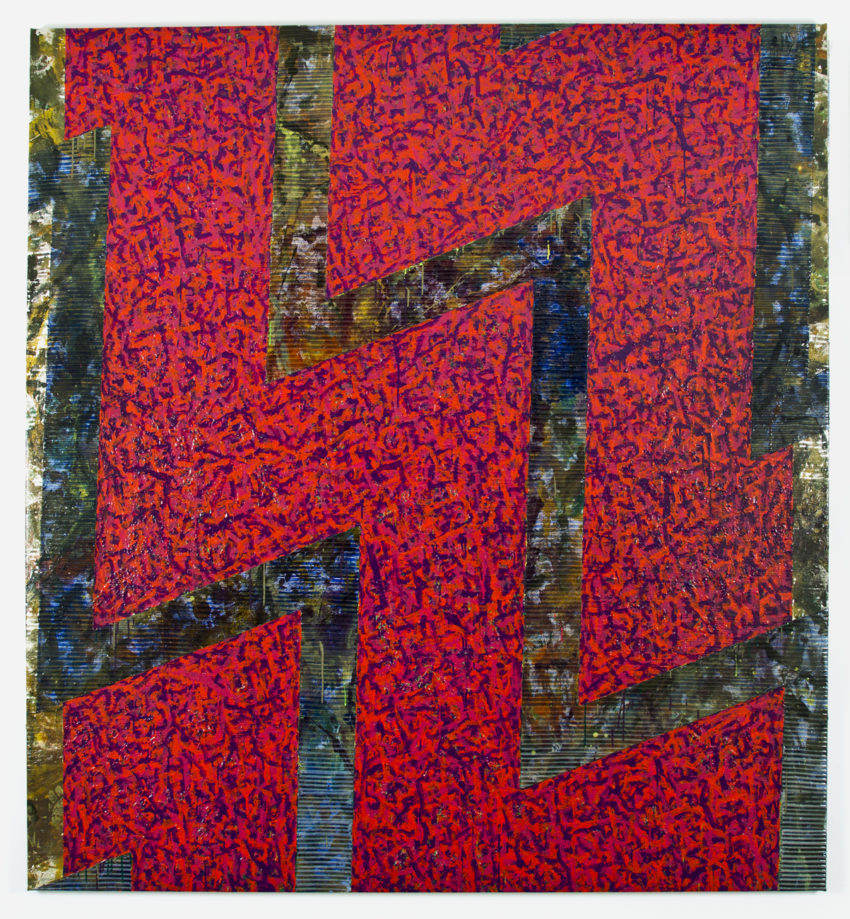 Jonah Koppel, Ornament as the Universal Remedy for Impotence, 2011 jonah-koppel-1297

Klaus von Nichtssagend Gallery is pleased to inaugurate its new space with Jonah Koppel’s third solo show with the gallery. Koppel will exhibit three new large-scale paintings on canvas. A reception for the artist will be held on Friday, January 21st, 2011 from 6-8pm.

Koppel’s paintings deal with pictorial abstraction. The three works on display combine layers of pattern, gestural mark-making, and relief as devices to depict infinite space. This approach yields a landscape of mannered strokes, spontaneous gesture, and rigid geometry. The canvases are painted unstretched moving between the floor and the wall, and are finished by stretching the picture completely around the stretcher bars. Thus the marks and gestures in the paint wrap around all edges of the paintings, enhancing their three-dimensionality and allowing for inconclusive boundaries.

The paintings are made with synthetic polymers. While each layer of paint is differentiated through its handling, the resulting surface becomes a high-gloss sheet of plastic. Gestures are seen and then vanish in the overall sameness of inner shapes, and a sculptural relief generated through the thickness of paint carries through the overall surface. Towards a New Impending Idiot Utopia, the title of the show, is a reference to Le Corbusier’s Towards a New Architecture, and points to an ironic take on political aspirations in art. The intentionally heavy handed titles are meant as a dryly humorous critique on extremist thinking in both politics and aesthetics, conceptually augmenting the forthright formal concerns of the work.