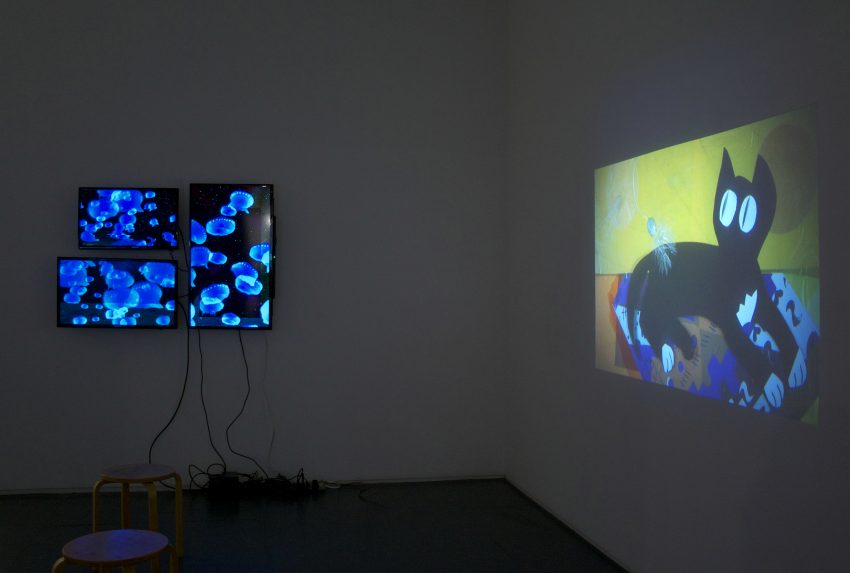 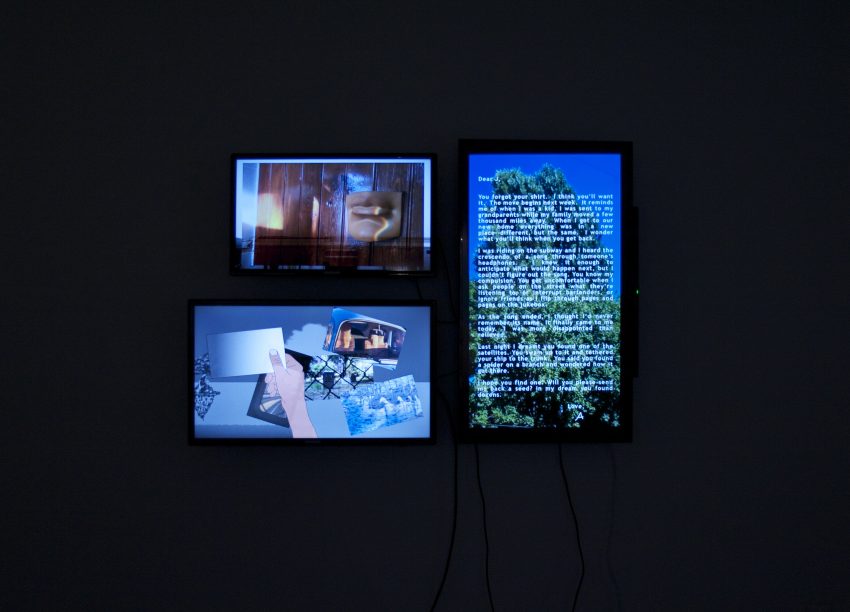 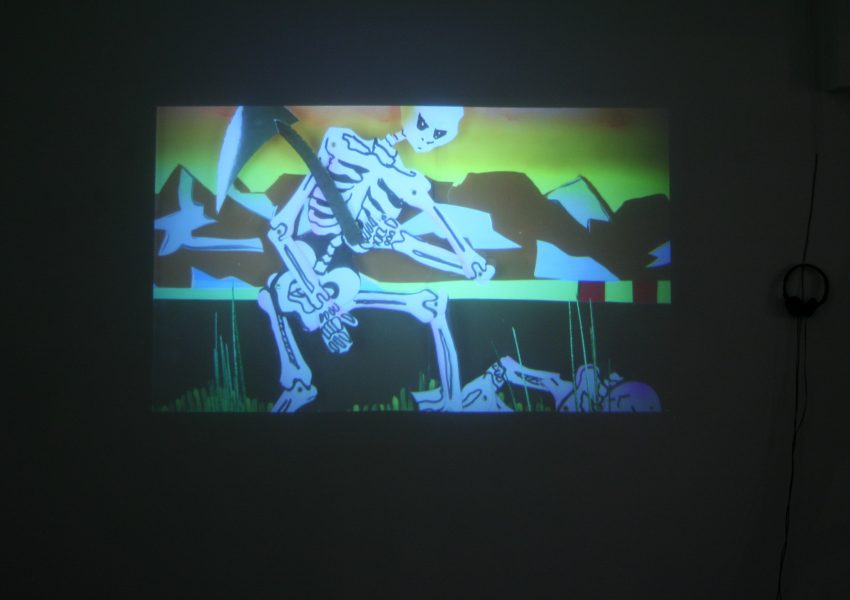 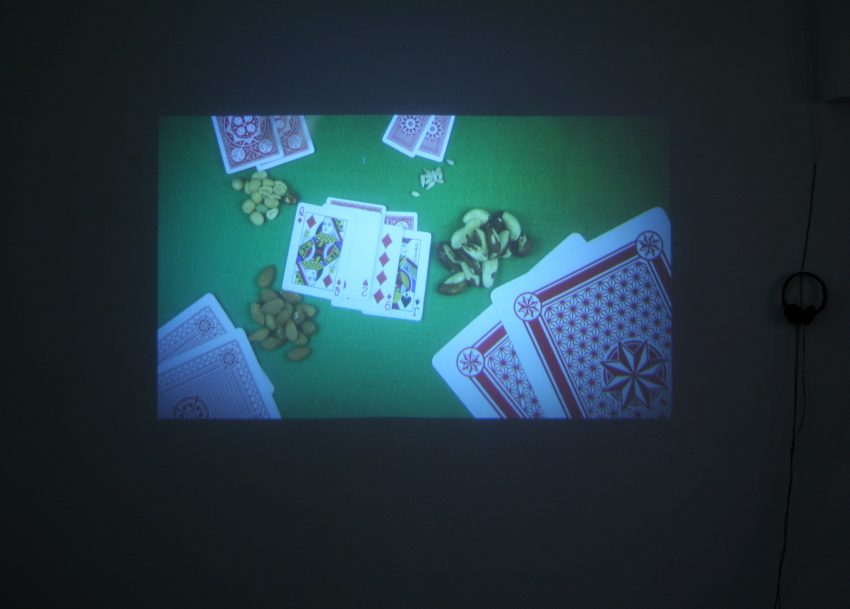 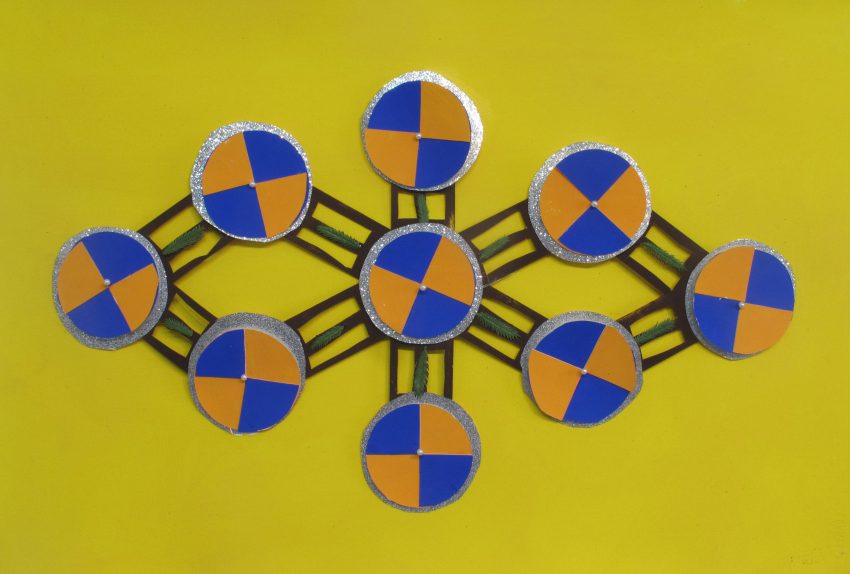 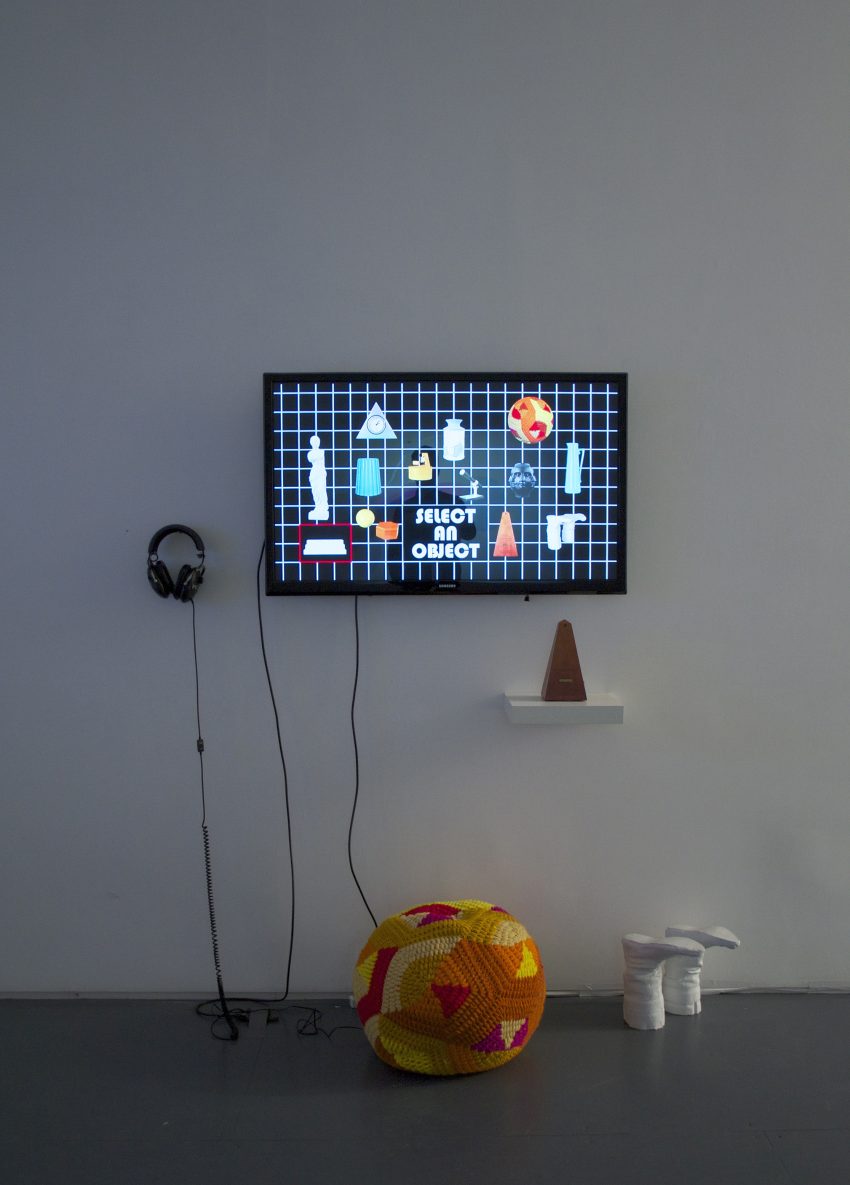 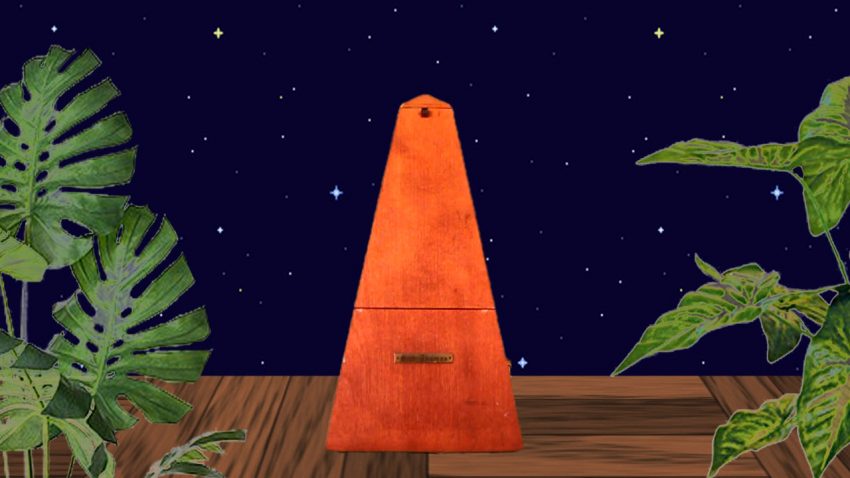 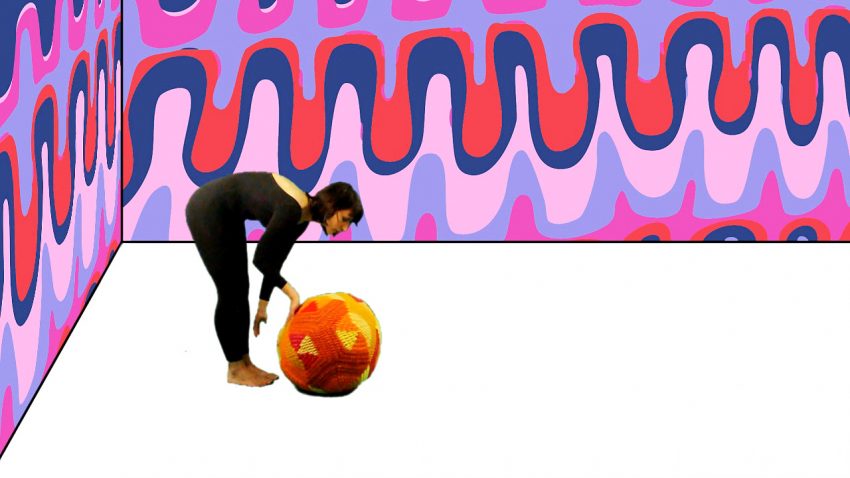 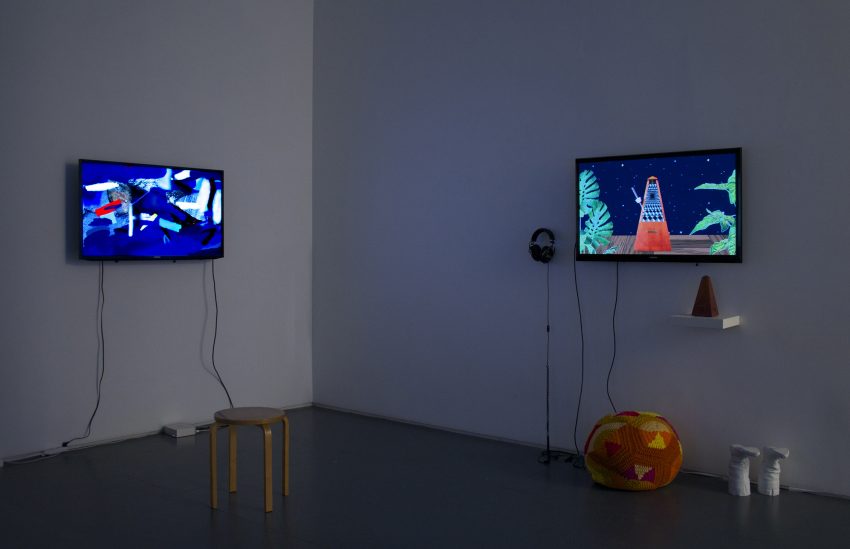 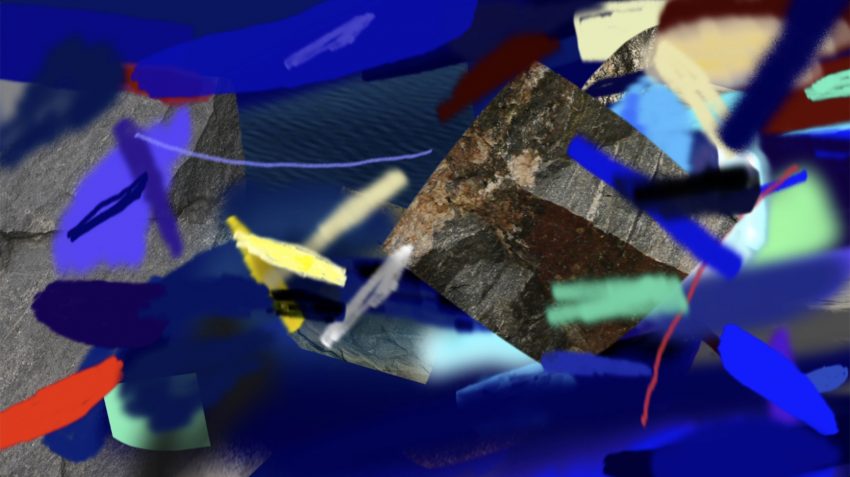 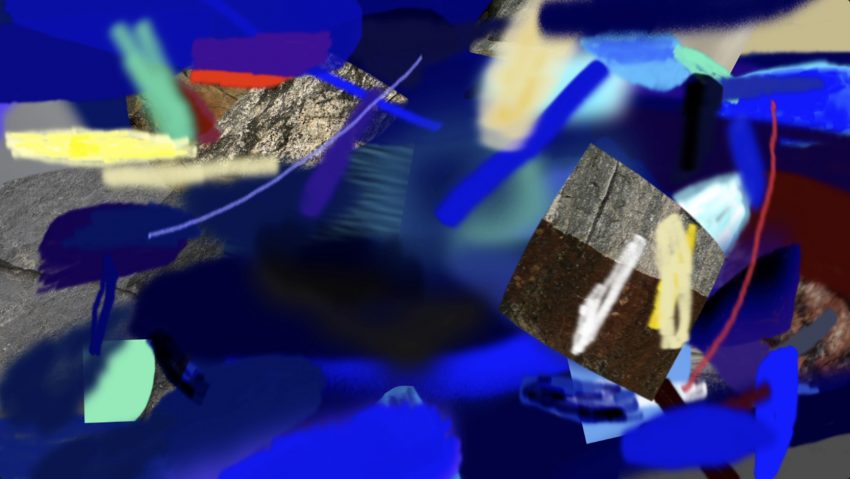 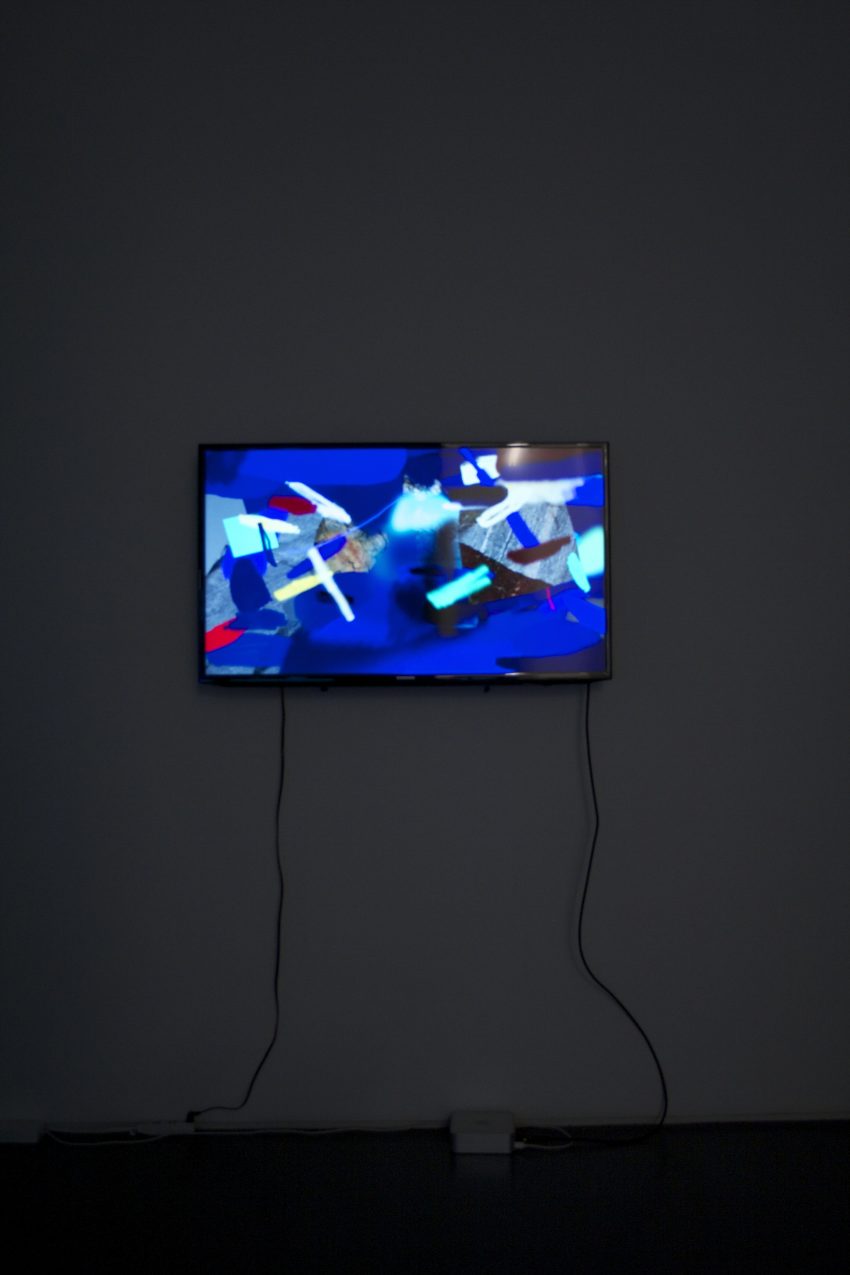 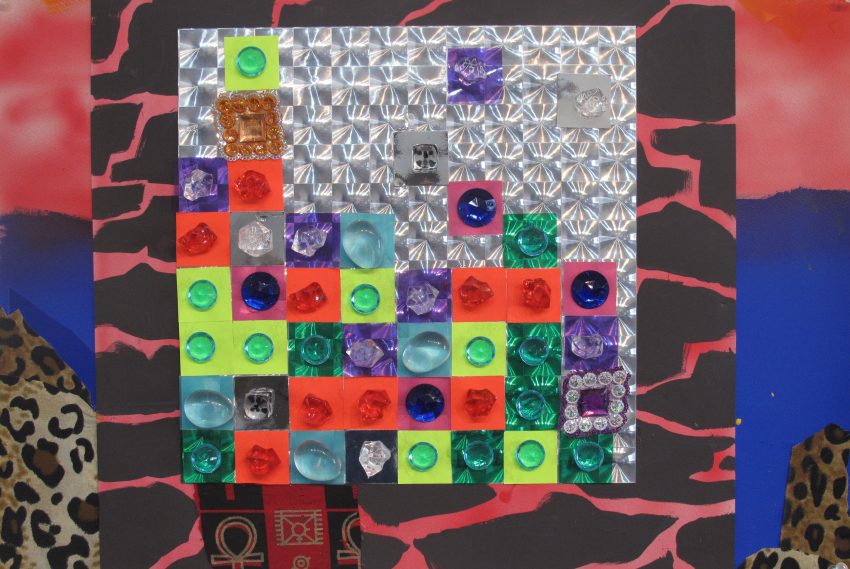 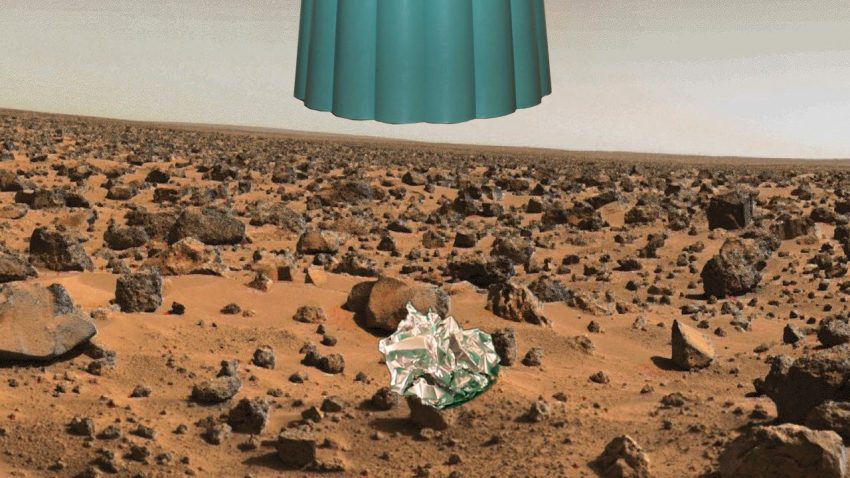 Liquid Pictures is a show of video works by four artists centered around animation as wall tableau.  The time-based works – each occupying one wall of the gallery – deal with ideas of image, narrative, and landscape as fluid and temporal.
Leah Beeferman’s Supersolid 1, a video in which digitally painted forms, photos of rocks, and videos of running water drift very slowly across the screen, moving parallactically and suggesting a temporality both immediate and digital, and stretching into the geological.
Melissa Brown’s new animation brings together stop motion and video with animated collage, creating a frenetic, casino-like feeling of sounds, energy, and motion. Game Changer depicts a fantasy based on a prediction, which happens in a daydream about a game.
Erica Magrey’s video, Tag Sale Cosmology – originally designed for an interactive web platform – here is reconfigured into a series of directed shorts. Objects are placed into what Magrey calls her “cosmic scheme of trash and treasure” making their purposes become indeterminate.
Adam Shecter’s installation, Study for Satellites 3 uses three monitors to create intertwined vignettes, two in an ongoing series of character studies: discrete, layered worlds merge through multiple channels into one.  Here, the characters of “A” and “The Diver” are sketched for a forthcoming longer work inspired in part by the Canterbury Tales.
The show’s title refers to MTV’s 1990s animated shorts show Liquid Television, a singular showcase of experimental animation of its time.