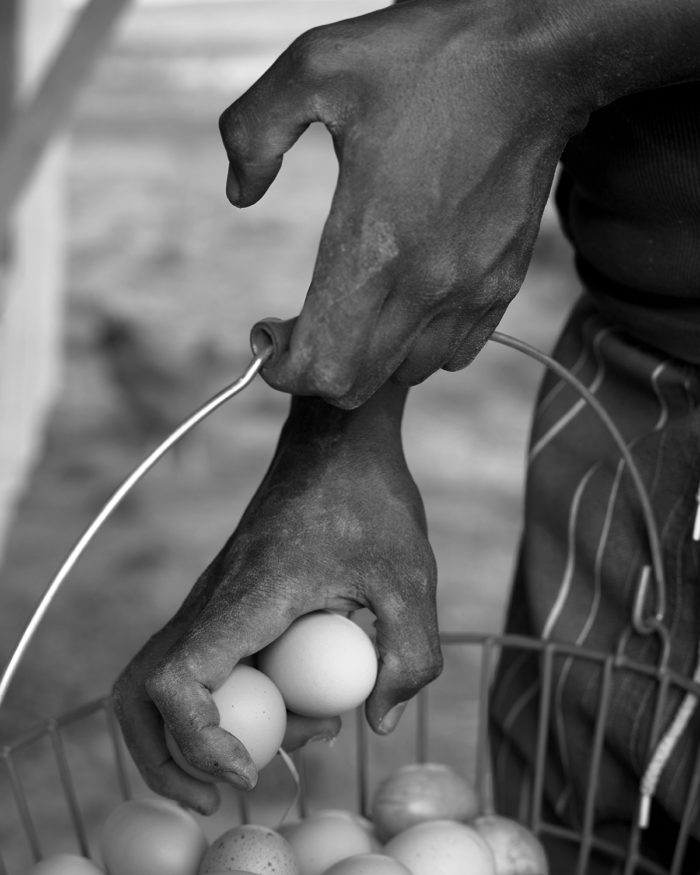 If you happened to be a guy who scored well on your SATs and had a slight yen for paths less taken, then you probably wondered for at least a minute: What would it be like to go to Deep Springs College? Deep Springs, as you might know even if you don't fit that demographic, is the country's smallest college, and possibly its most geographically isolated; its seven or eight faculty members offer thirty or fewer male students a rigorous two-year education from which most go on to complete their BAs at one of the Ivies. And it's all free, but each student is required to work twenty hours a week on the college's ranch and farm.

Now a century old, the college, which is located in Deep Springs, California, may finally be on the verge of going coeducational. But it's already had a female eye on it for the past four years, that of Bay Area-based photographer Sam Contis. Her approach, as seen in her first one-person show in New York, is deliberate and heterogenous, encompassing not only black-and-white and color, but also past and present by interspersing her mostly oblique glimpses of Deep Springs as it is now with rephotographed archival images. Contis's views of the outdoor life of this all-male student body—there was no sign of a classroom in these pictures—operate on extremes of scale, from the vast expanse of scrubby terrain in which three horsemen can barely be picked out in Desert Landscape (Three Riders), 2015, to the tight, almost abstract detail of Horseback, 2014—little more than dappled sunlight and shadow on animal's white fur—or Embrace, 2015, in which one man's naked arms enfolded another's T-shirted shoulder. These close, fragmented views of bodies in action or at rest were the most numerous in the show, and also the most striking. One of the most memorable images is Eggs, 2015, which shows two hands, one holding the handle of a wire basket while the other grasps a couple of the eggs it's filled with. The oddly distended shape of the hand holding the basket, thumb in the air, suggests that it's stretching itself to encompass empty space exactly as the other one stretches to grip the eggs.

Fairly rare in this oeuvre is a medium shot like Afternoon Nap, 2014, in which the subject's stretched-out limbs as he lies on the grass form as X that reminded me, somehow, of William Eggleston's sardonic dictum that the Confederate flag makes a good model for photographic composition. Eggleston was not the only precursor who came to mind here. Contis's multifaceted take on her subject feels cognizant of just about every photographer who's left an indelible image of America from Carleton Watkins through Paul Strand to Stephen Shore. But in the end, this project seems a meditation on place than on on gender. Contis shows an unerring eye for the thousand mostly unconscious ways her young subjects express their maleness, which is sometimes revealingly indistinguishable from femininity. Or maybe gender isn't really the point either—most of Contis's best images concern very small, articulations of the body that are essentially anonymous and might easily be genderless, too. For this reason perhaps, there was something almost disturbing about the presence among these images of two portraits, John and Hamza, both 2015, in which the face almost fills the frame. These felt like unaccountable interruptions in the infra-personal fabric of the exhibition. Elsewhere, it was as if Contis were searching in this all-male environment, not for masculinity or personal identity, but for a potential utopia beyond male and female.