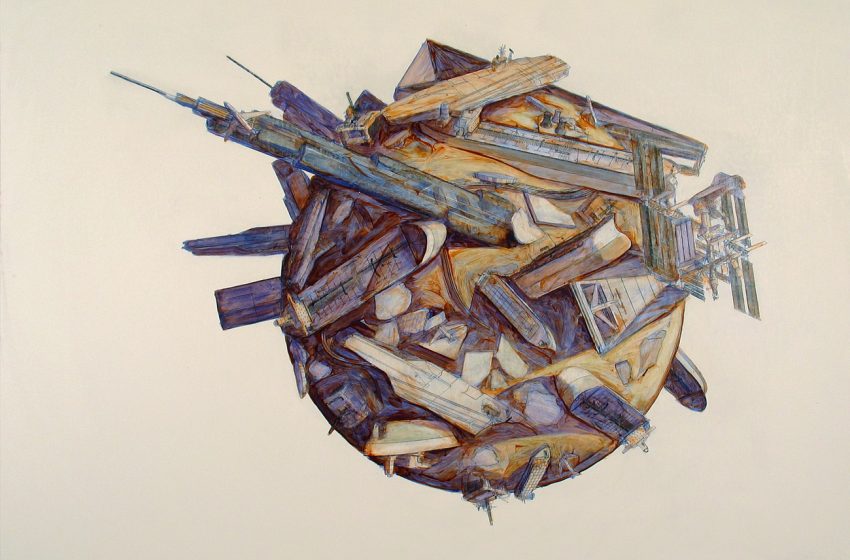 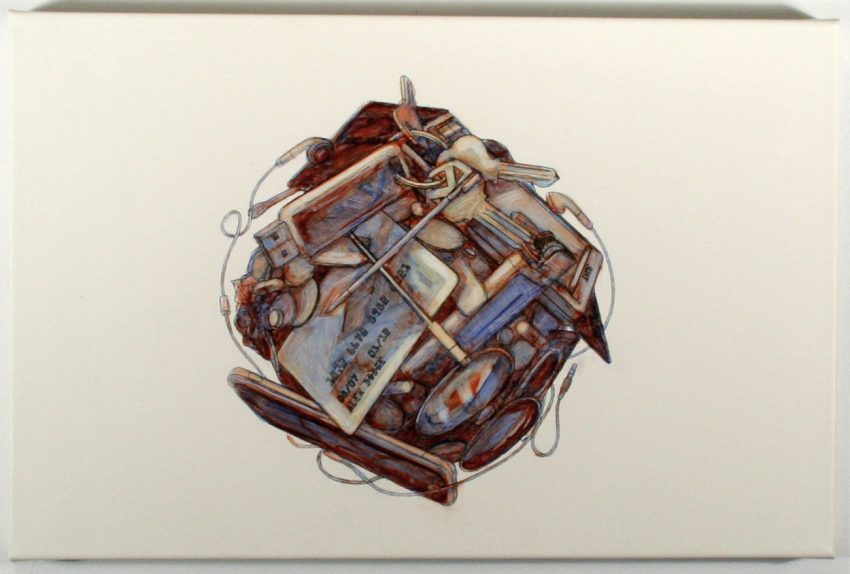 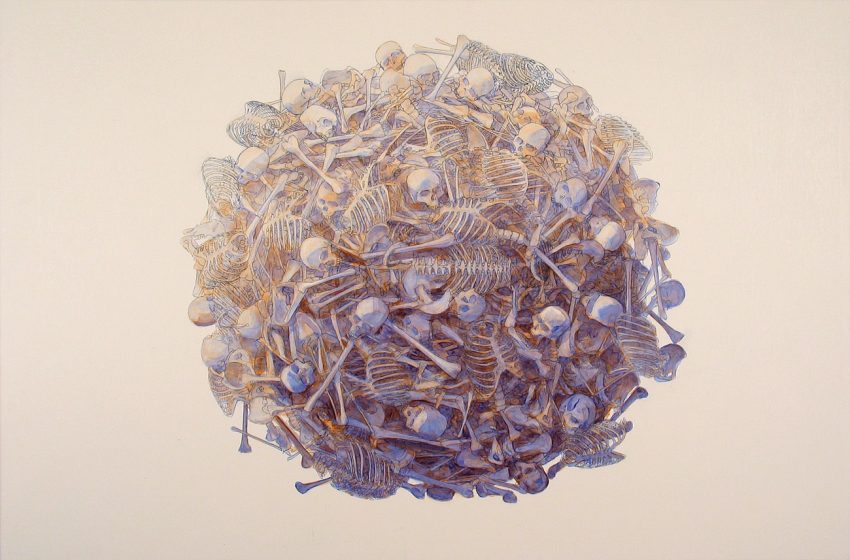 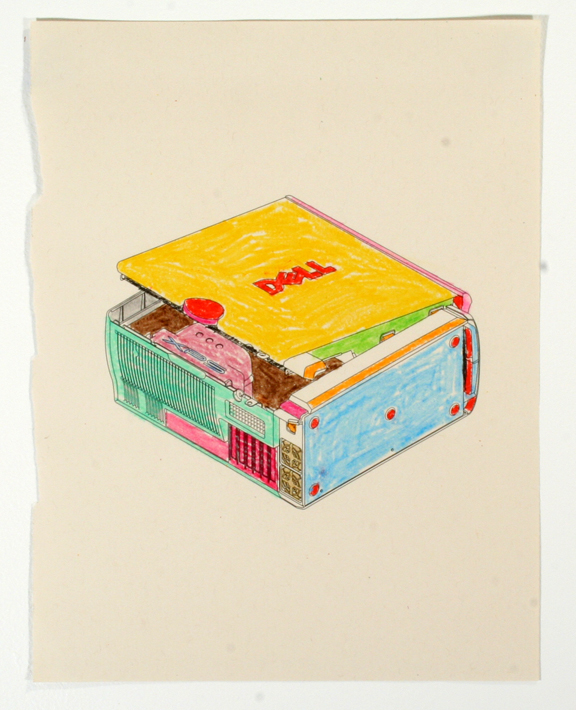 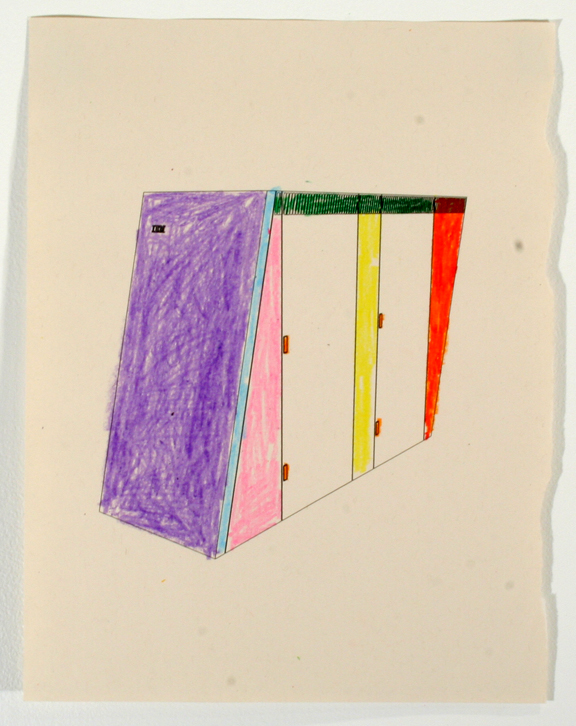 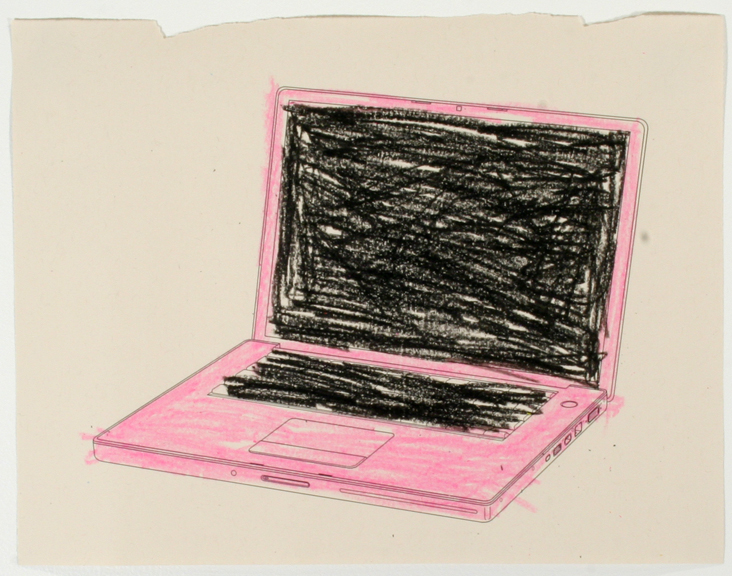 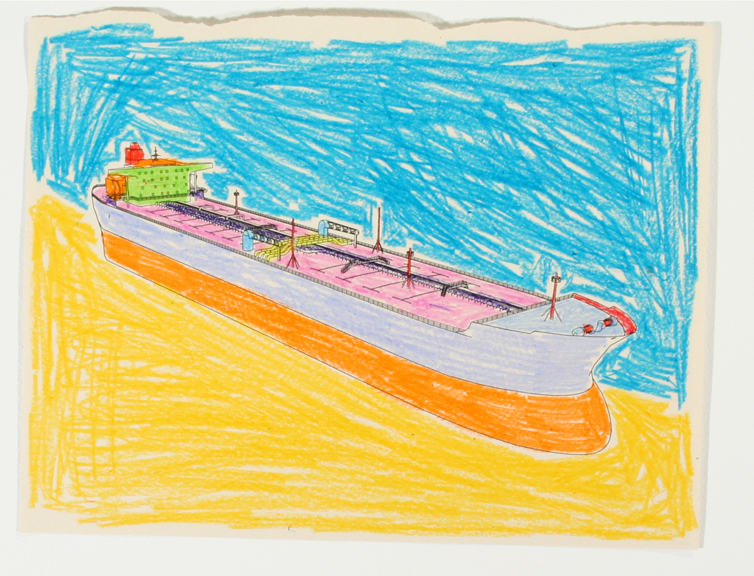 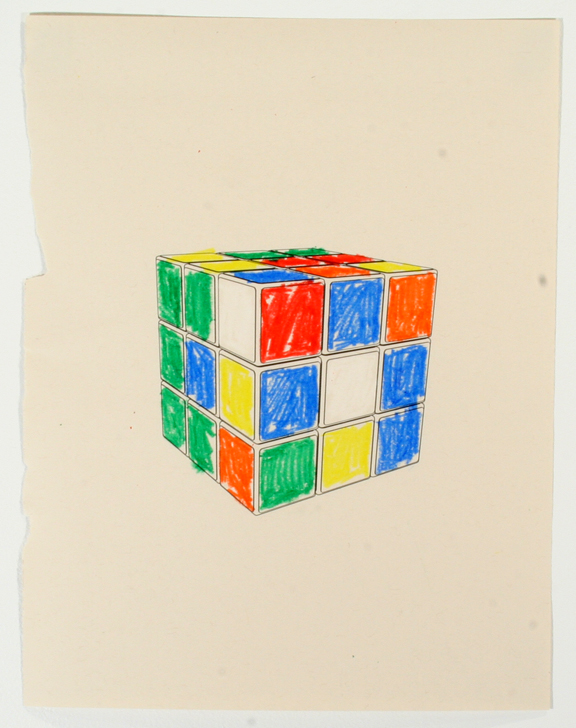 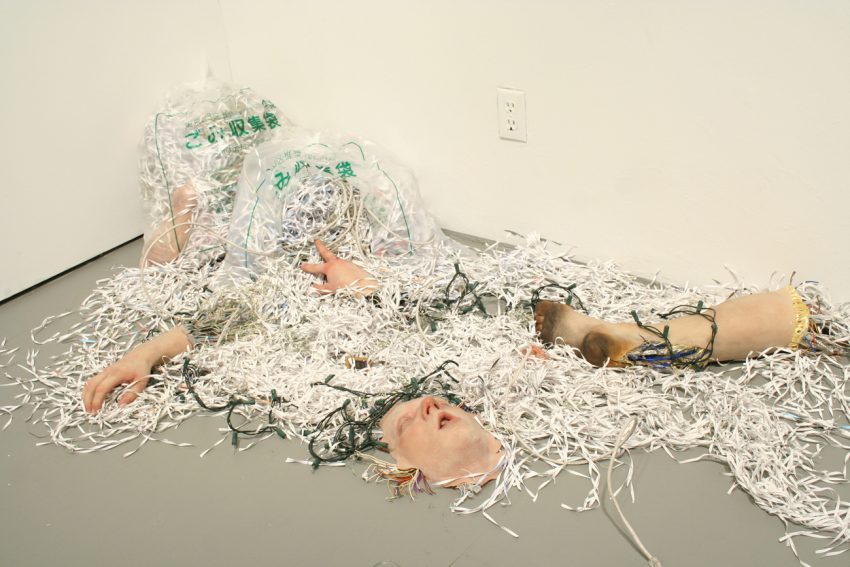 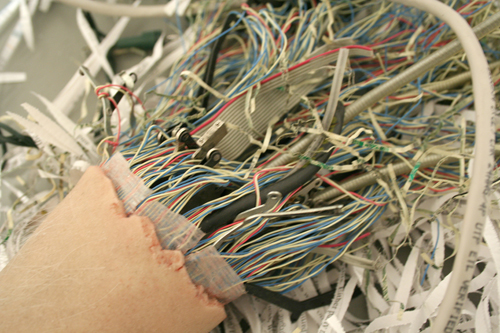 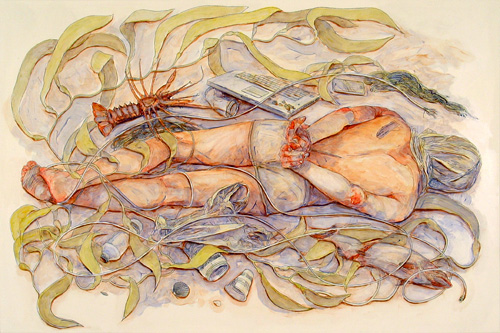 On February 15th, 2008, Intelligent Design, the second solo exhibition of work by Alex Dodge will open at Klaus von Nichtssagend Gallery. The show will include new paintings, a sculptural installation, and works on paper.

Dodge’s work continues to consistently combine superior technical expertise and experimentation with a deeply thoughtful description of human experience. In his floor sculpture, Study for Intelligent Design, cast silicone body parts derived from the artist’s own body are presented as discarded android appendages, including a face, hands, and ear, that incorporate synthetic colorless hair and technological fragments for sub-dermal viscera. The innards revealed by the torn away silicone flesh are comprised of a range of mechanical and electronic parts that span technologies of the past 50 years; including typewriter parts, both old and current computer components, wires, and fiber optic filament. The violence of this installation is emphasized in the nonchalant way in which the body is incorporated with other strewn debris, such as shredded paper documents and computer disks, originating from a torn open garbage bag.

Two of the paintings in the show are inspired by the Playstation video game developed by Namco called “Katamari Damacy” in which the player has to roll up balls of objects in increasingly larger scales. The types of objects collected increase and change as the ball, or katamari, grows larger until whole land masses are consolidated into the sphere. This is thematically carried into the paintings but with decidedly pointed collections: one painting’s clustered constituents include giant symbols of industrialized societies, from giant oil tankers to skyscrapers and offshore oil platforms, while another painting presents a katamari made up entirely of human bones.

Far from simply being a grim depiction of the potential consequences of technological advancement, Dodge’s work implies that technology is something inseparable from the human condition and essential to its existence. This is evident in his own practice, combining traditional mediums and techniques like oil painting and sculpture with computer-aided drafting and materials whose origins range from obsolete technologies to the most current.

“We are moving from a civilization of the image to a civilization of optics. This leaves open the possibility of an ‘optical correction’ of the world -the reconstruction of perception according to the machine. The machines themselves have become opticians”. – Paul Virilio / Sylvère Lotringer (The Accident of Art)

Yet in Dodge’s view the machine is us and always has been. The reconstruction of perception is something that he sees as being uniquely human. The works in this exhibition have at their core the notion that reconstructing perception on a global level without being aware of it is the real danger; that believing that technology is actually something outside ourselves is a catastrophe with hugely destructive consequences.