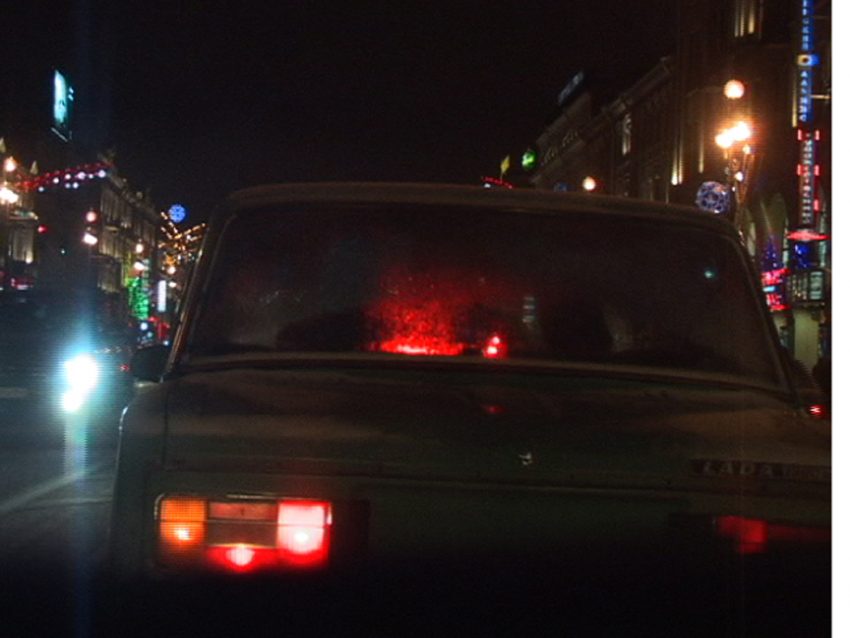 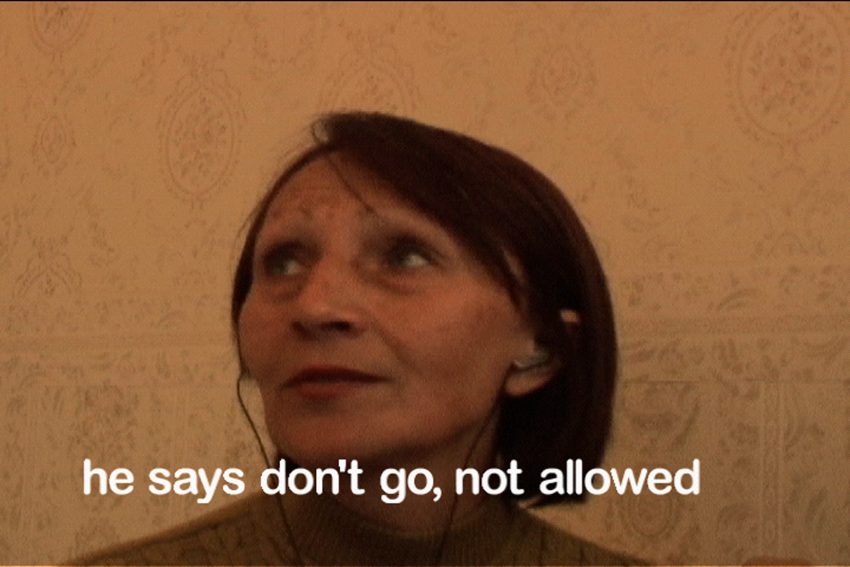 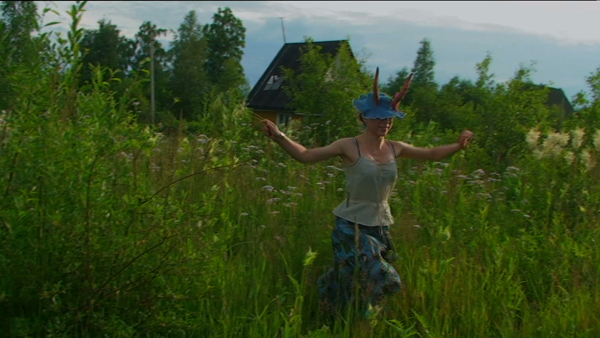 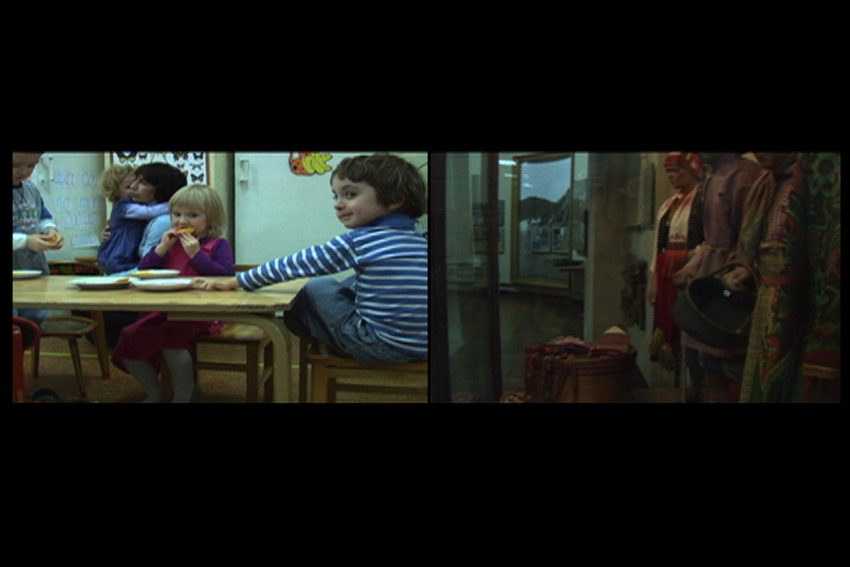 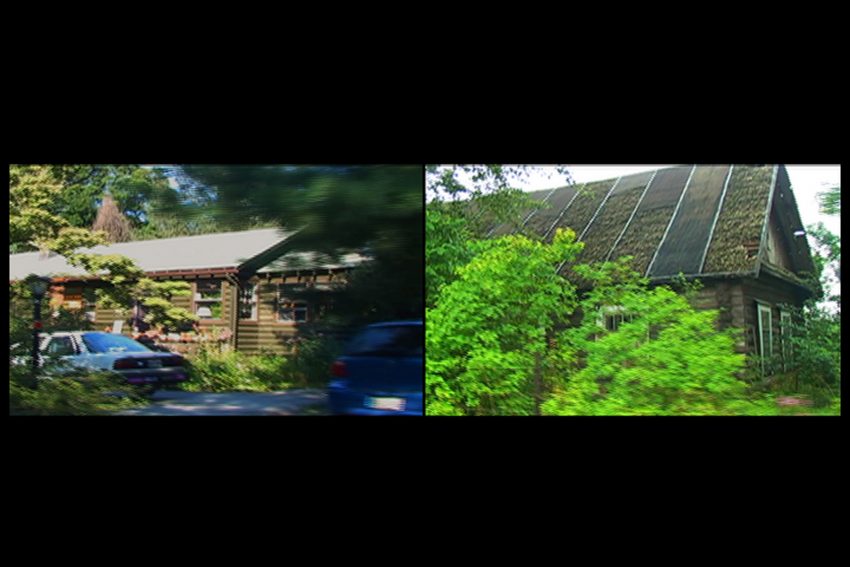 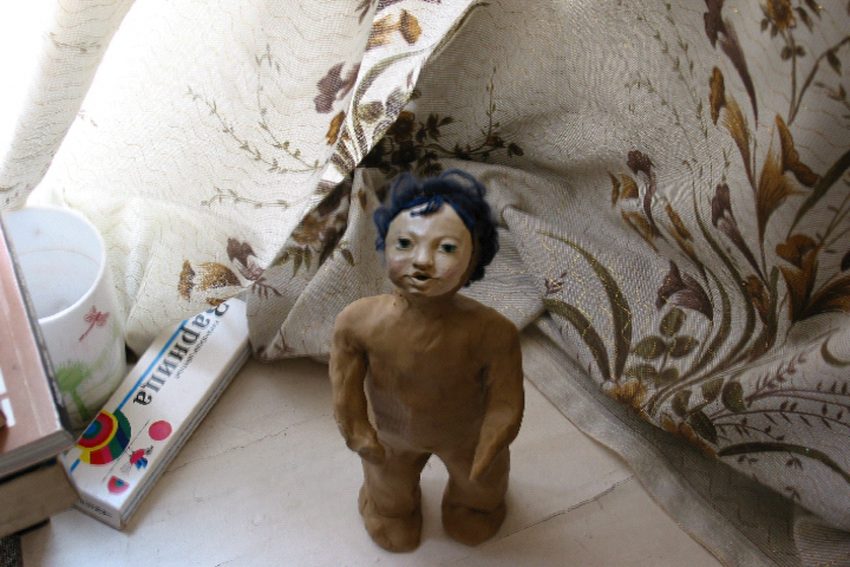 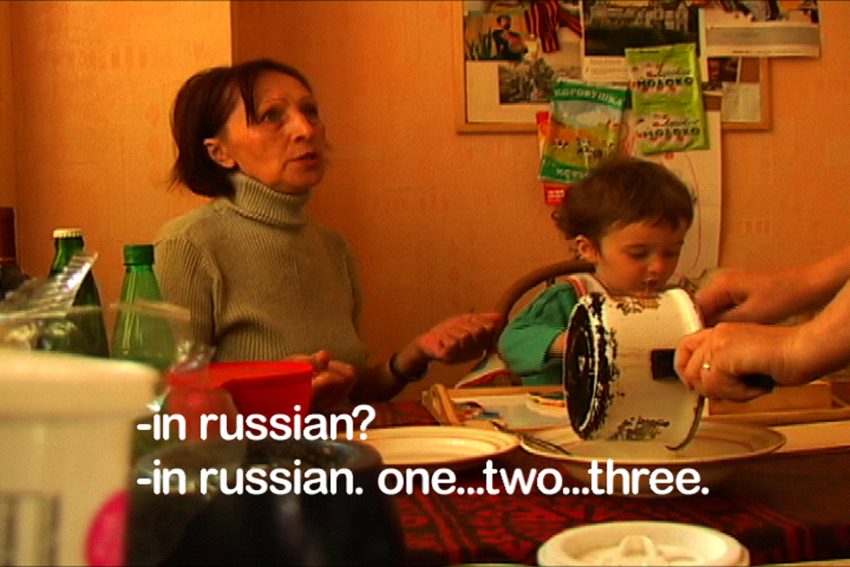 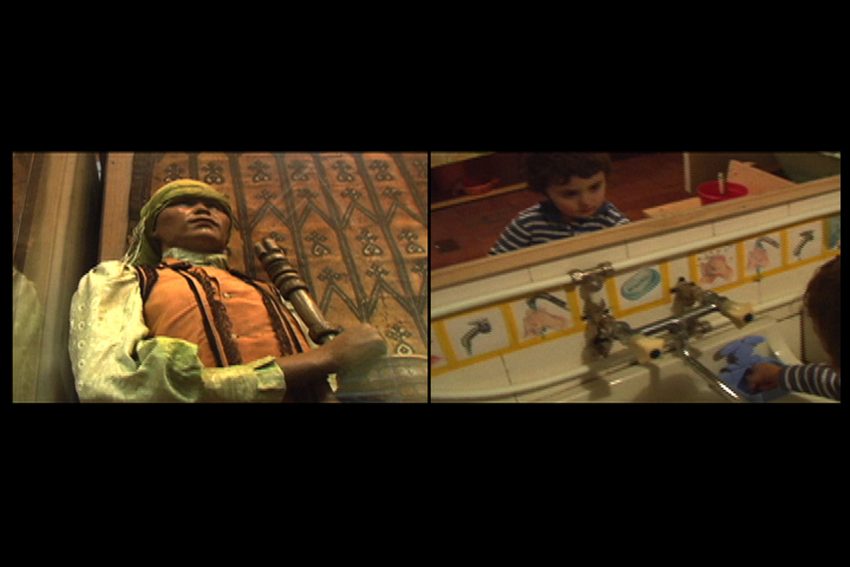 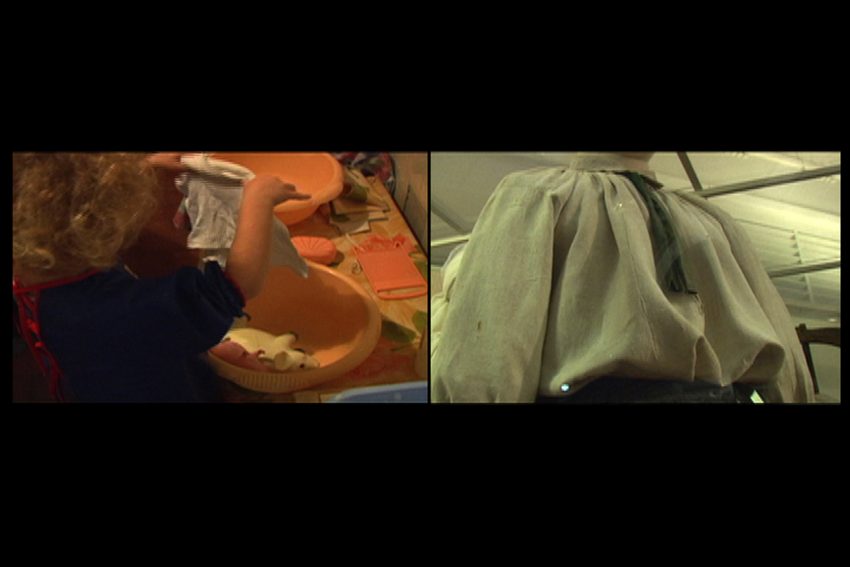 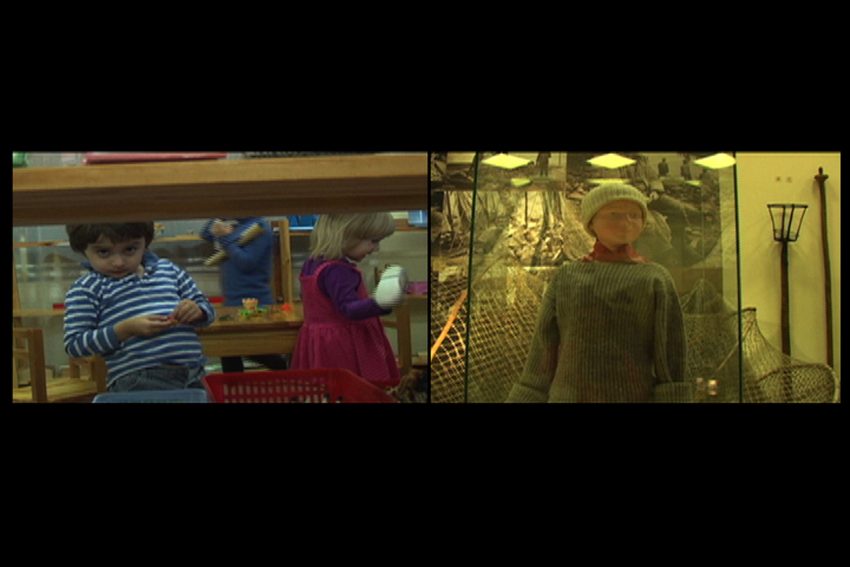 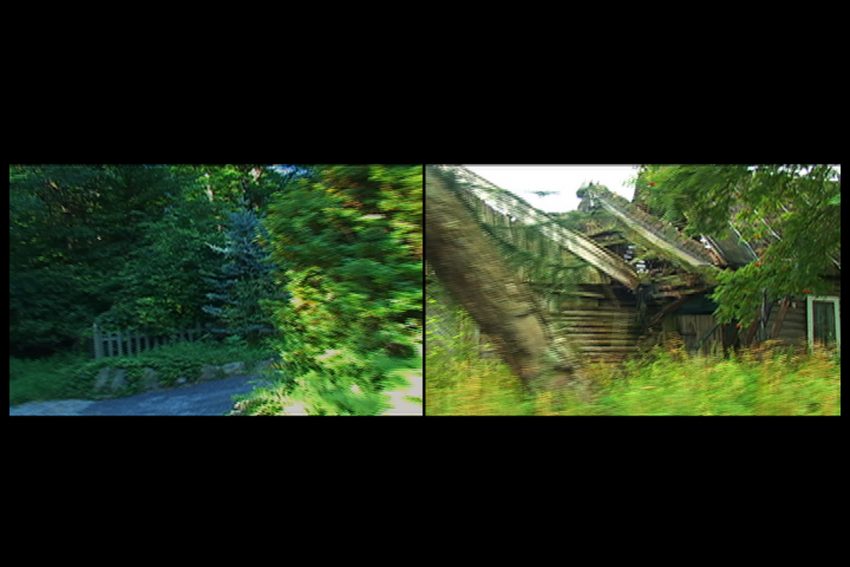 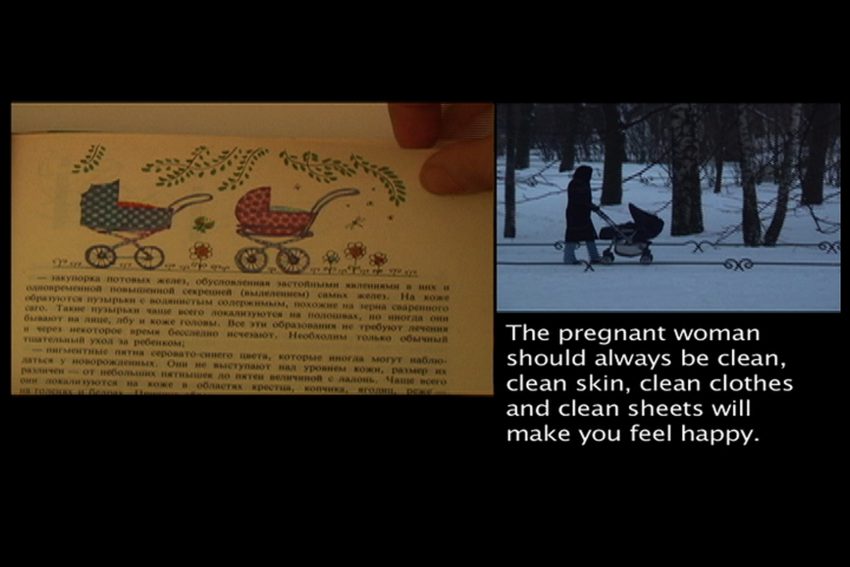 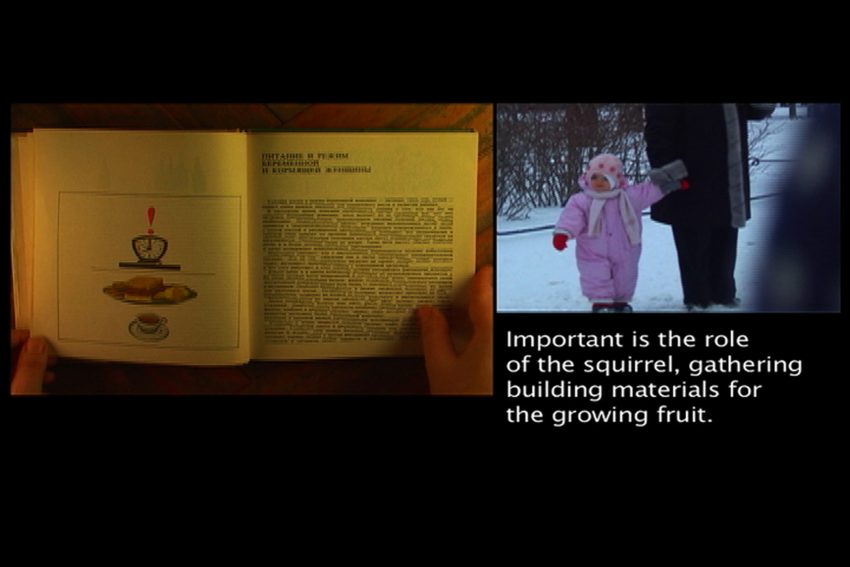 Klaus von Nichtssagend Gallery is pleased to present a solo show by Emily Newman titled 4,000 km. From the Mouth, a work of seven videos on four channels.

In 2004 Emily Newman moved from New York City to St. Petersburg, Russia on a Fullbright grant. 4,000 km. From the Mouth is the culmination of 3 1/2 years exploring a description of the cultural experience from a single perspective of both a resident and an outsider. After several years in Russia, Newman began to feel the impulse to respond to her physical and cultural surroundings. Critical of authoritative touristic narrations, she has instead presented seven videos shown simultaneously informing each other, allowing the viewer to move freely in and around each work.

The explorations manifest in scenes of St. Petersburg street traffic, Soviet-era weekend homes (Dachas) in a post-Soviet context, exhibits in a Russian ethnographic museum, and footage of Newman’s own son in a Russian nursery school. Cultural access is of key importance to each exploration, and Newman attempts different ways to break through the barrier of her own outsider status. One entry point is through her toddler son who, having been born after her arrival in Russia, has been raised more fully immersed in the culture, complete with a Russian nanny and Russian schooling. Another access point is through her Russian friends and students, who Newman enlists to directly shoot footage as an attempt to see through their eyes. Ultimately she finds that these multiple vantages and explorations are most successful when seen together.

Emily Newman currently lives and works in St. Petersberg, Russia. She holds a bachelor’s degree from Bard College, and an MFA from the California Institute of the Arts. She has exhibited in the United States and Europe. This is her second show with the gallery.