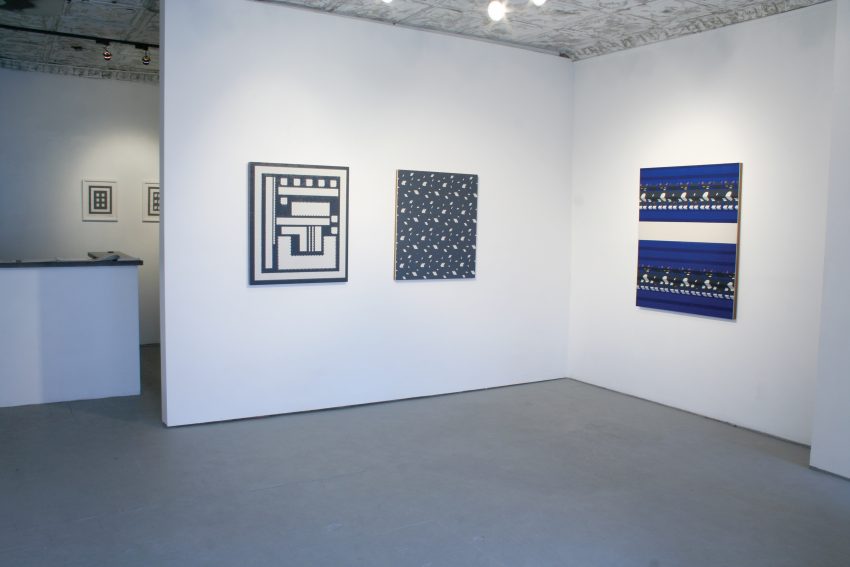 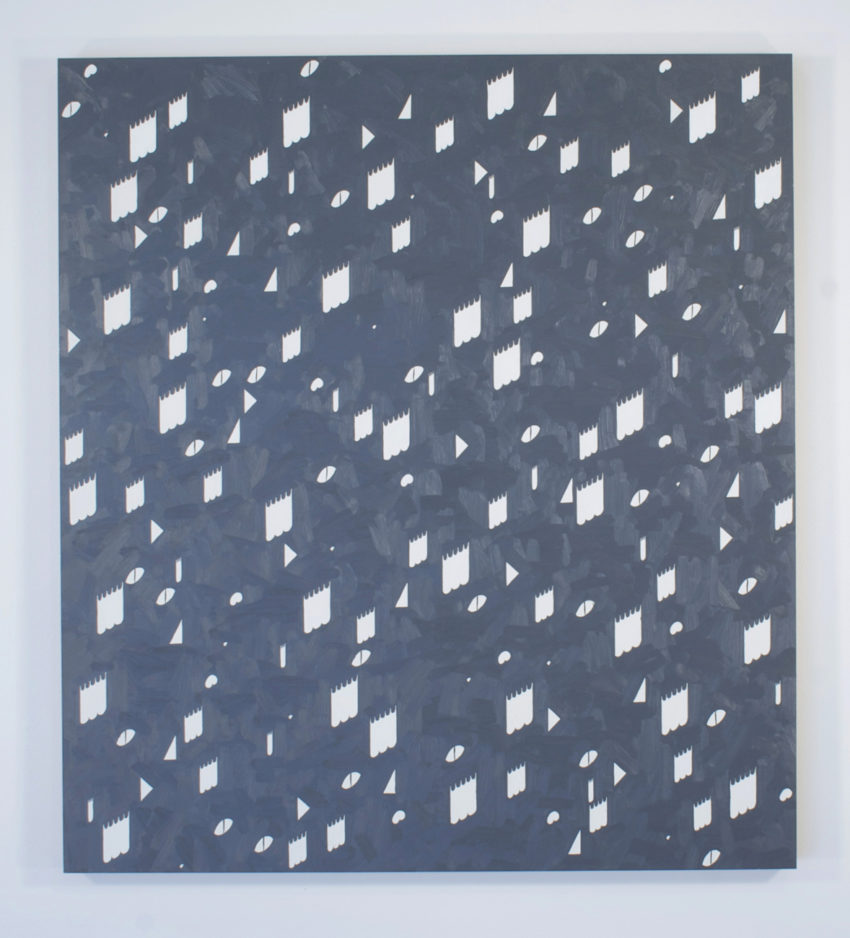 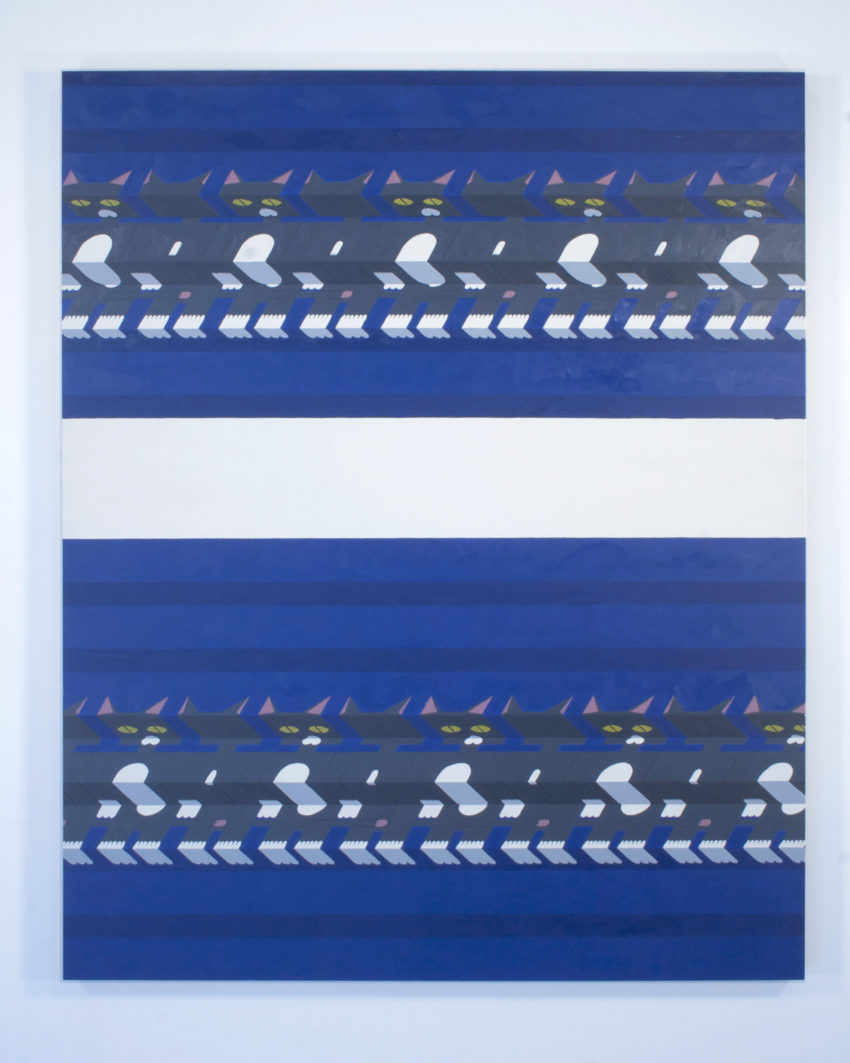 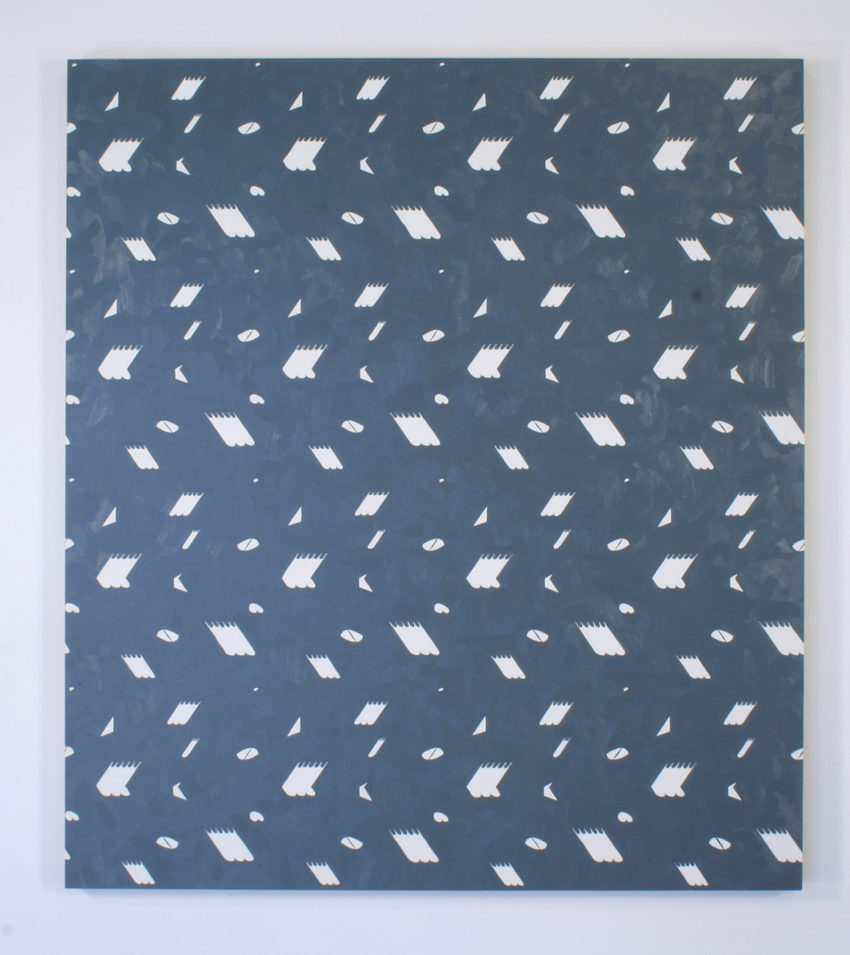 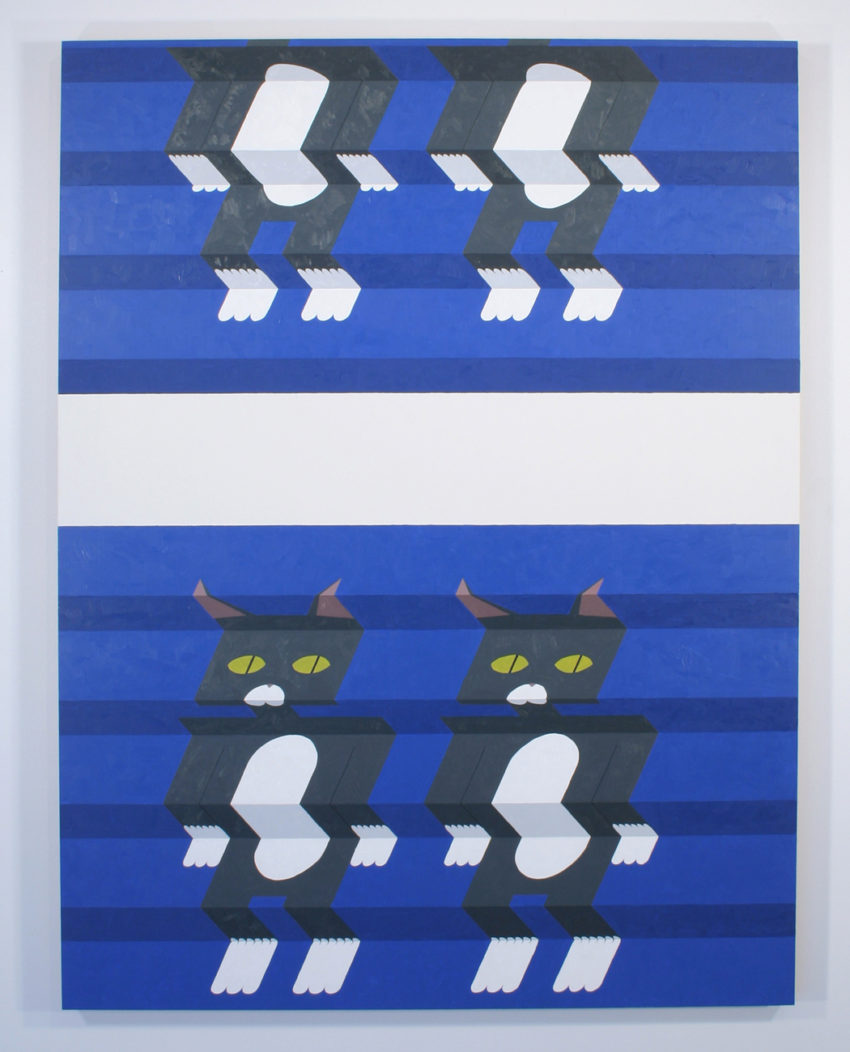 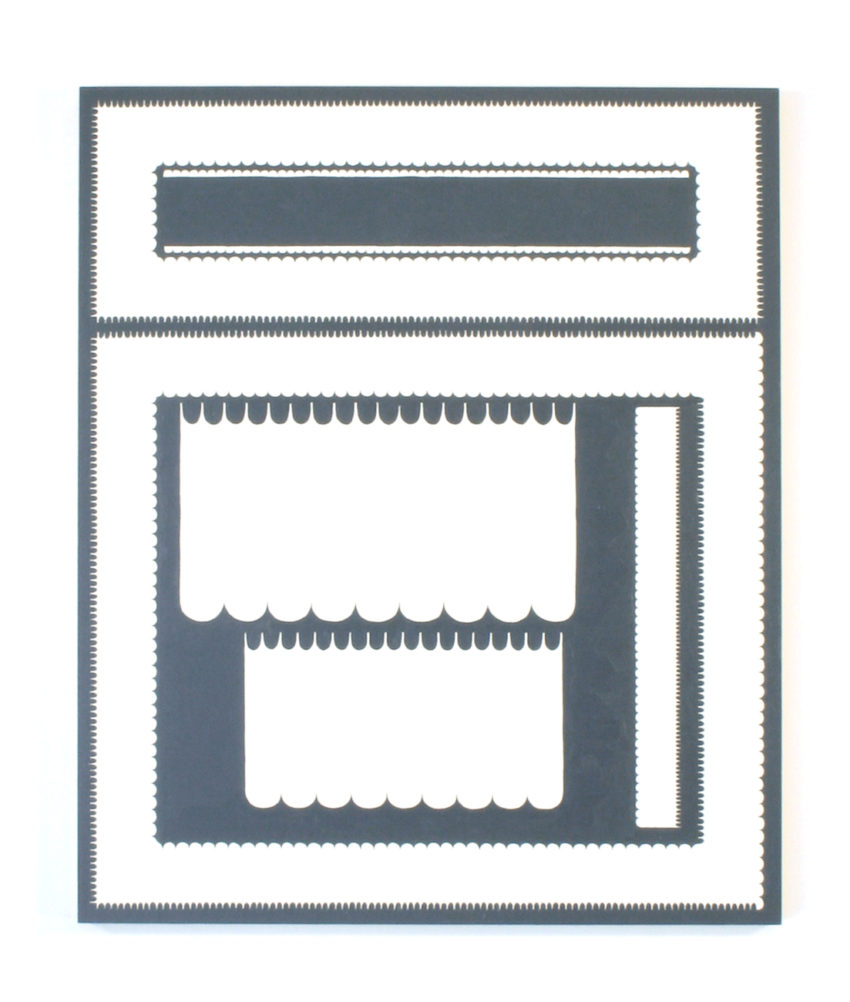 Klaus von Nichtssagend Gallery is pleased to present Graham Anderson’s second solo show at the gallery. The exhibition of new paintings opens Friday, February 19 and runs through March 21. An opening reception for the artist will be held Friday, February 19 from 7-9pm.

Figure and ground are the two most important constituents in Graham Anderson’s new oil paintings. Several key elements are employed to investigate the relationship between the two: flatness, illusion, separation, and overlap. The surface and ground are both literal (as in Anderson’s crisp, hard-edged panels) and representational (as folds, zigzags or limitless blanks). The paint he uses is pared down to simple monochromes of mostly grey or blue, applied in thick waxy brushstrokes, using the minimal amount of variation to delineate the defined figures and spaces in the pictures. A grey cartoon cat is the primary figure. This cat is squeezed accordian-style, turned upside, divided and eventually dissolved into its intrinsic parts, which are repeated as visual elements both acting upon and acted upon by the confines and conditions of the painting. At its most extreme, the figure becomes a repetitive pattern, emphasizing the two-dimensionality of the surface of the panel upon which it is painted. The cat is sacrificed, as its bits and pieces are spread out and recombined to suit the picture’s formal requirements as Anderson has laid them out. This creates a tragicomic effect caused by the dissolution of the figure, a potential stand in for the everyman.

Graham Anderson received his BFA from Cooper Union in 2003. He recently had a solo show at Nice and Fit Gallery in Berlin, and was part of “The State of New York” at the URBIS Centre in Manchester, England.