What Makes the Hunter Laugh? 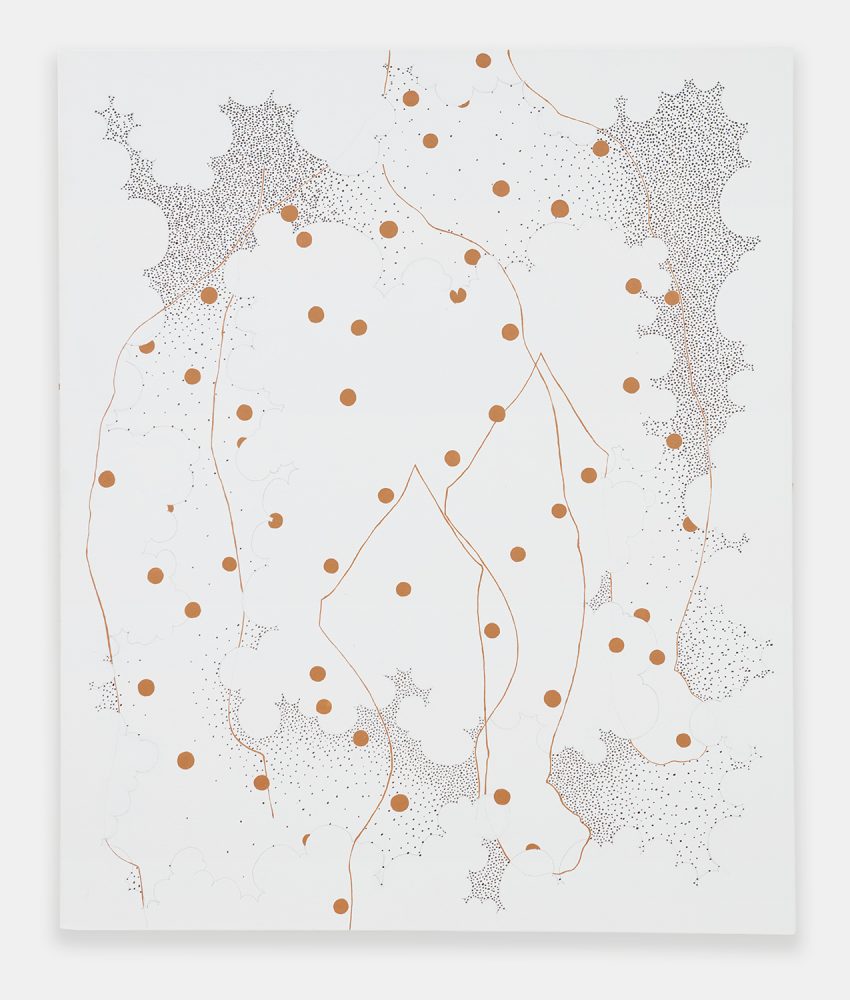 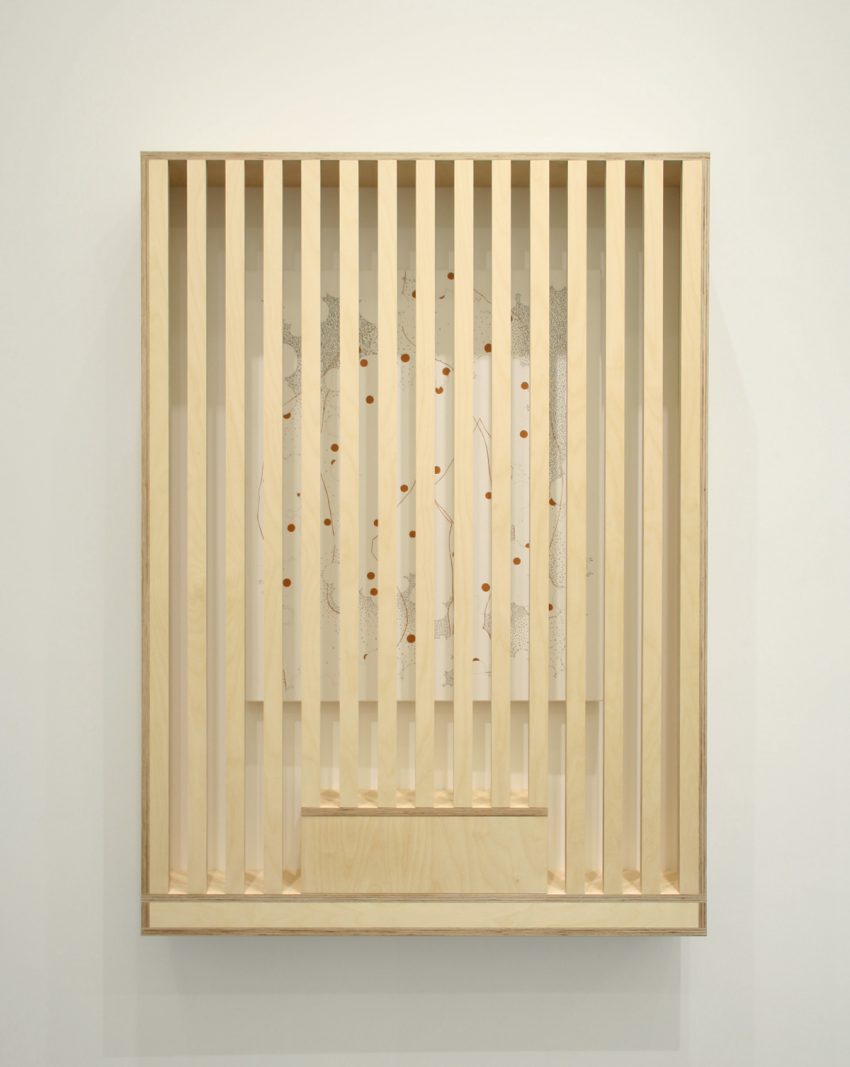 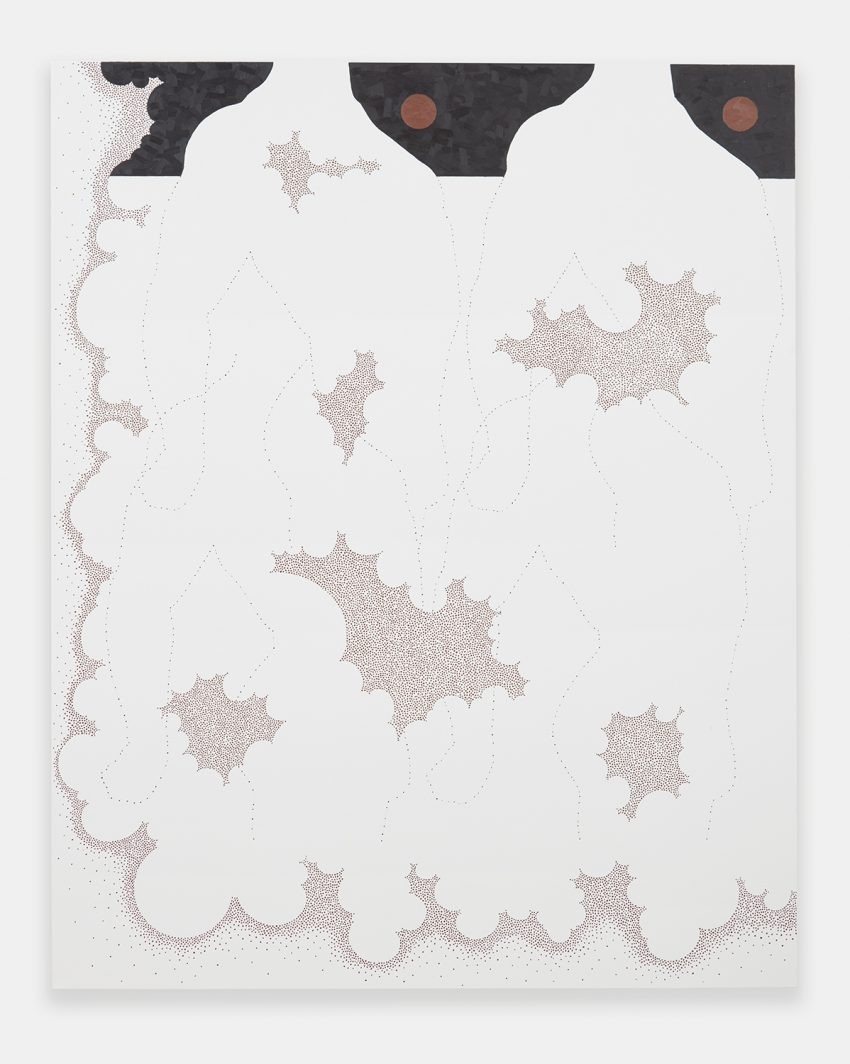 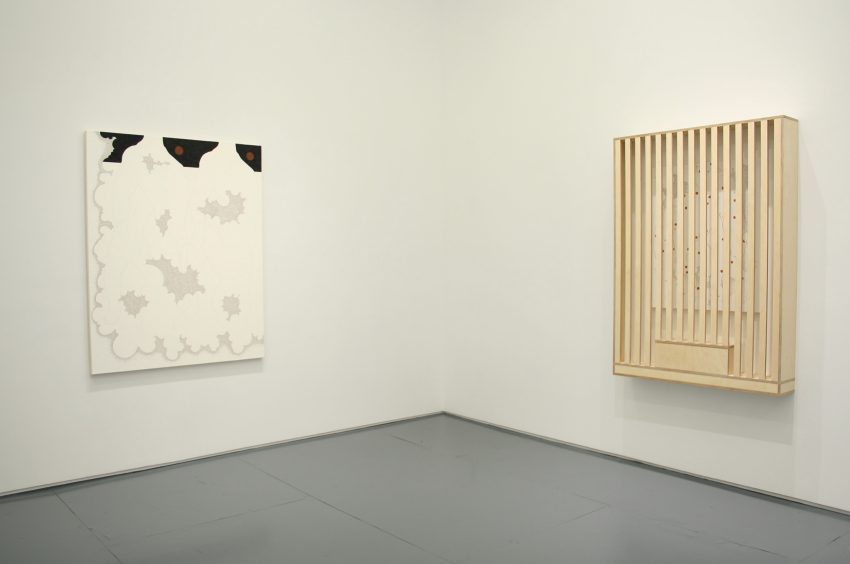 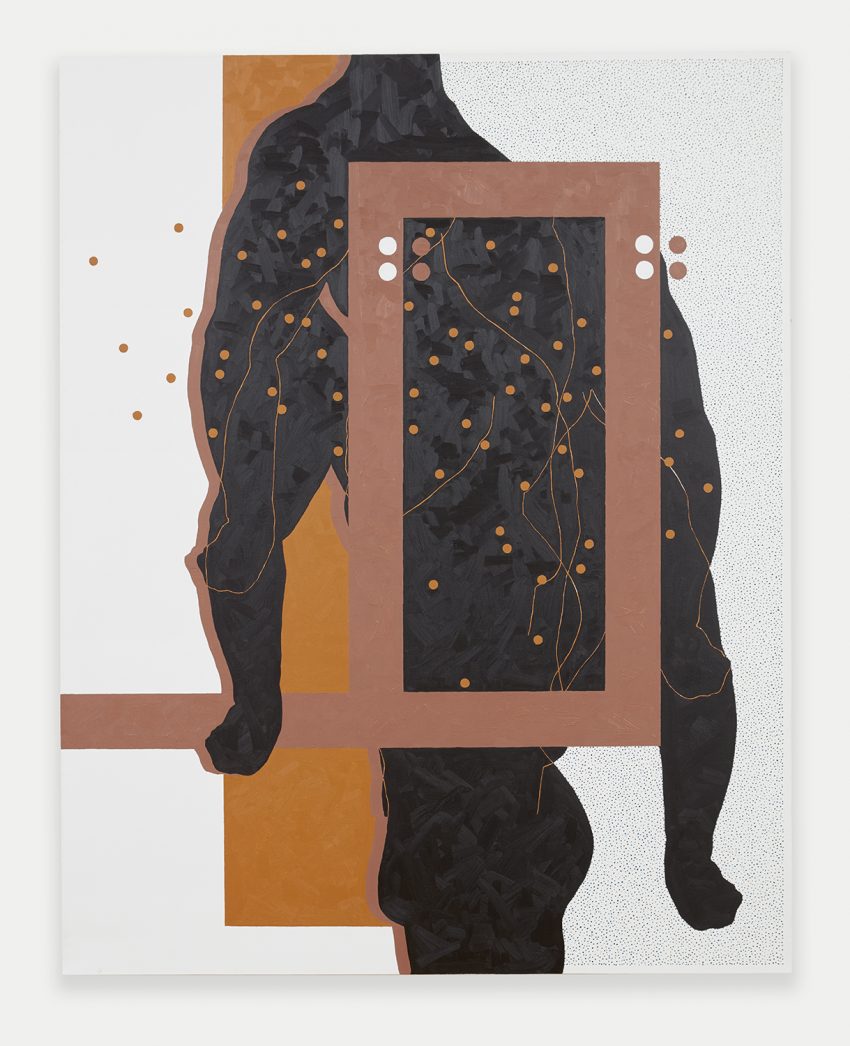 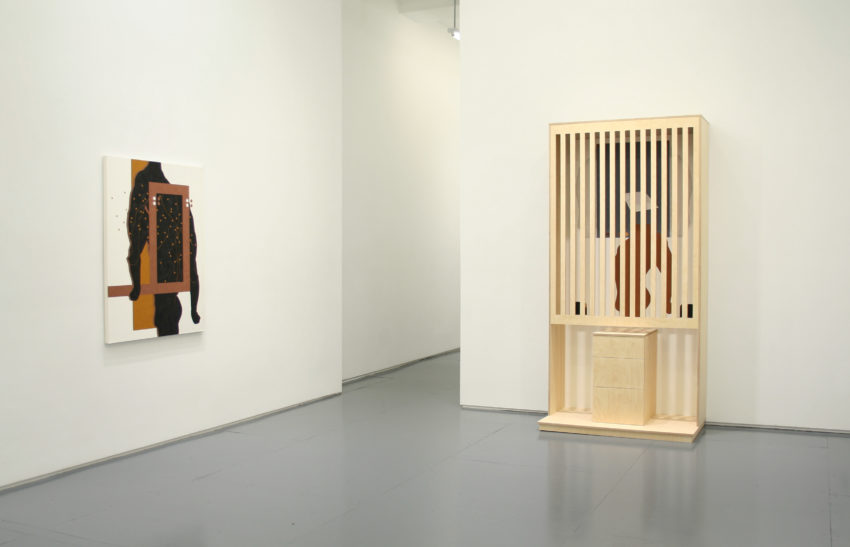 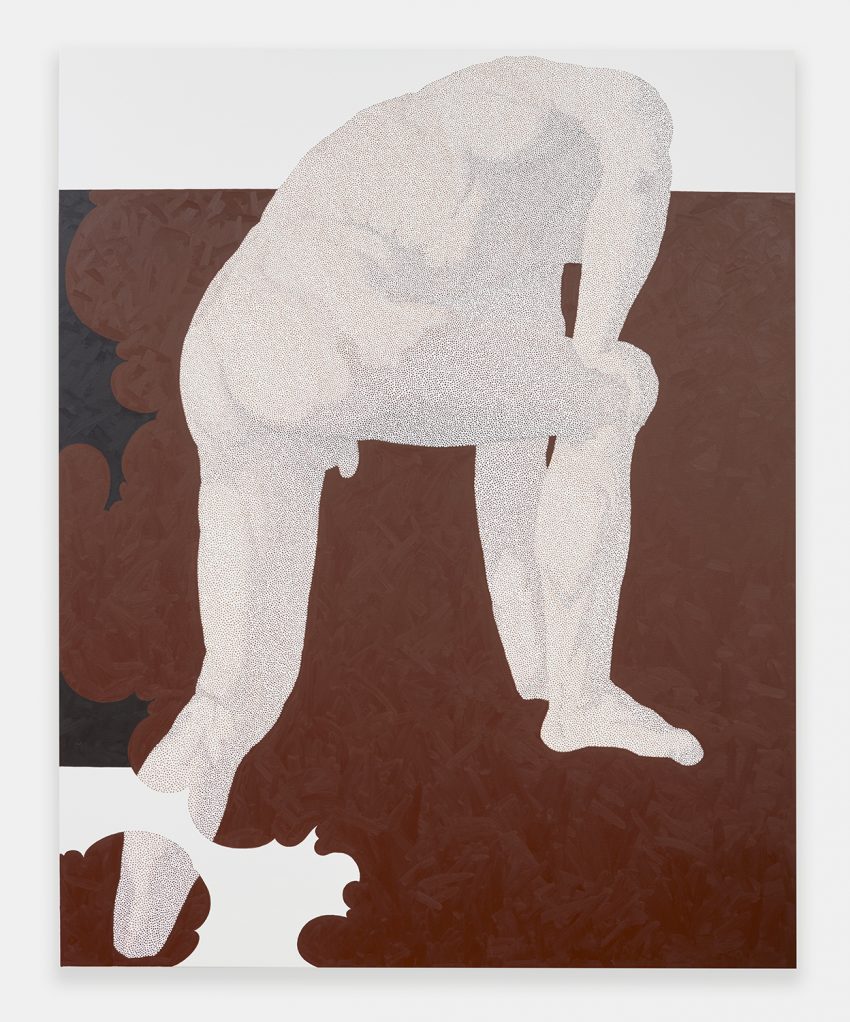 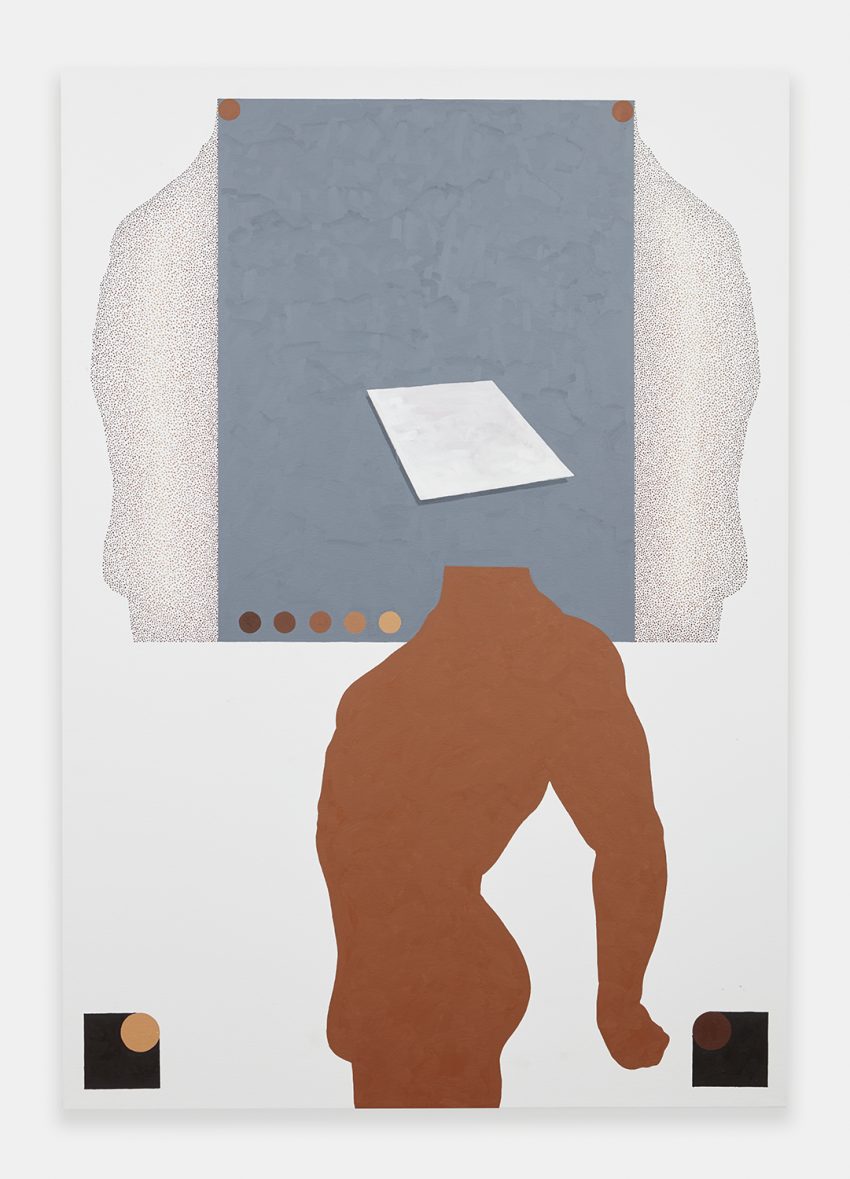 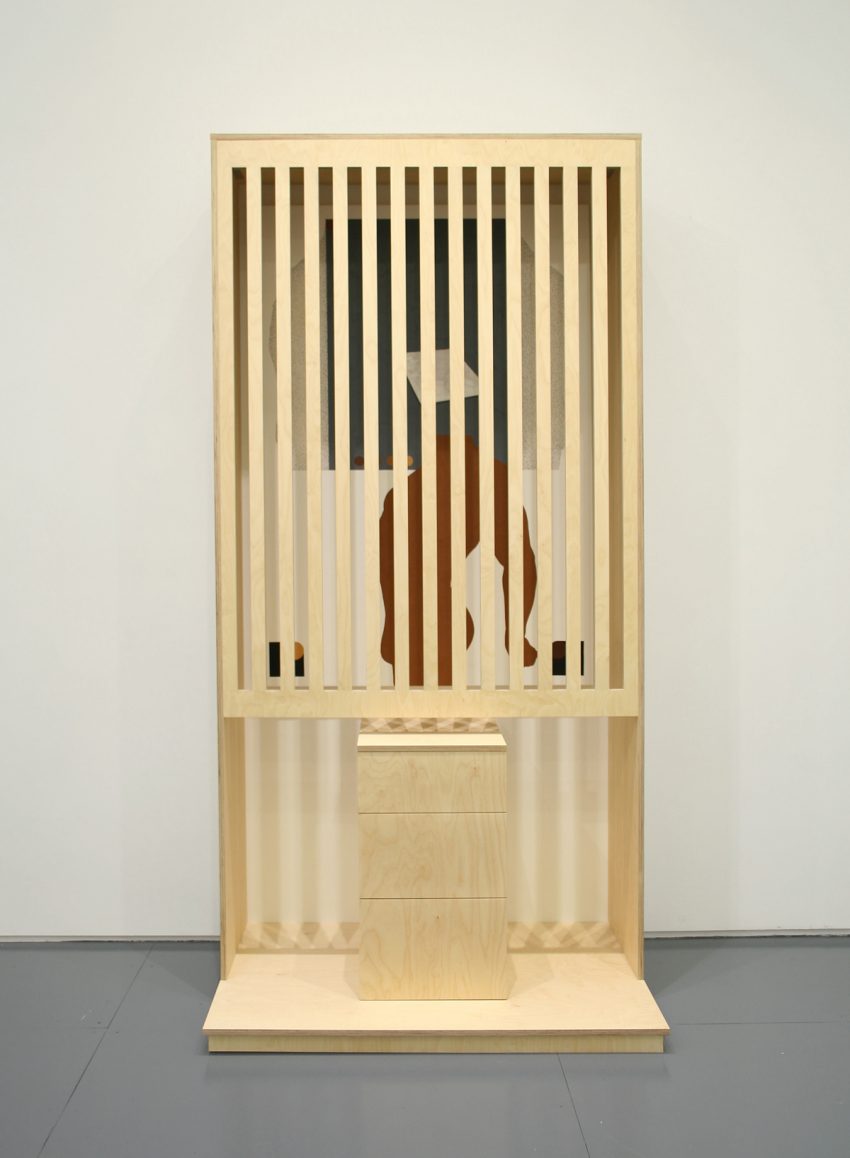 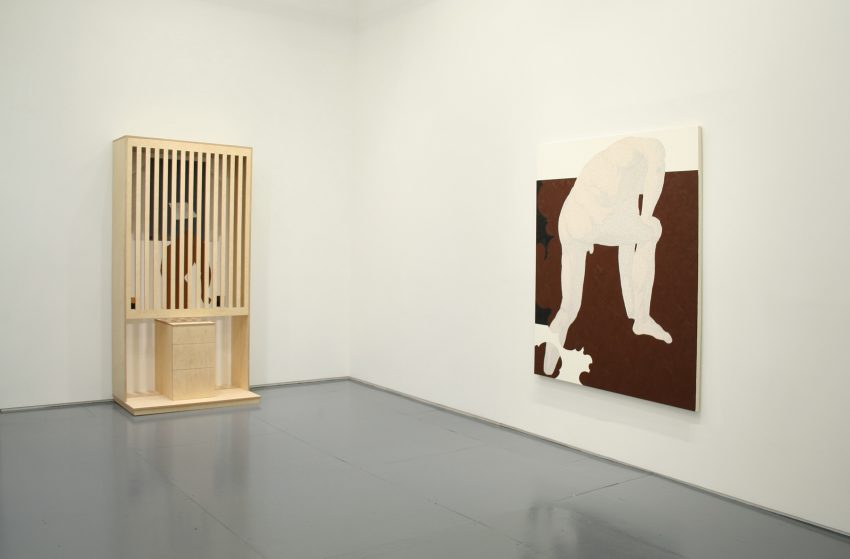 Graham Anderson’s new paintings present us with a series of deconstructed images of male nudes reconfigured through pointillist illusion. His compositional structures obscure the subject matter, which remains tenuously identifiable – at times through outline and at others through tones built of optically charged fields of dots. Background and foreground, figure and plane are distinguished by differences in circular dot patterns, complicating a read of the image. The density and application of the artist’s marks shift between decorative motif and descriptive modeling. Certain graphic areas include rigid fields of color pushing up against the dissolving figures, while others depict cloud formations indicating barriers in flux between body and ground.

Additionally, the artist has constructed furniture-like framing devices for several of the paintings, further complicating their legibility. By physically enclosing the canvases with sculptural containers he enlarges the metaphors for the conflicts of bodies in space and the built environment. Anderson intends that these framing devices could be used for other artworks by other artists, proposing a gentle rupture with traditions of art’s presence in the domestic space.

Graham Anderson lives and works in New York City. He holds a BFA from The Cooper Union (2003). Anderson has recently exhibited in group shows at Robert Miller Gallery (2015) and James Cohan Gallery (2016). He has also presented projects with Downstairs Projects in Brooklyn, and the FourAM window space in collaboration with Caitlin Keogh. In 2011, Anderson was awarded a residency at the Wiels Contemporary Art Centre in Brussels, Belgium. This is Anderson’s third solo exhibition with Klaus von Nichtssagend.