Nightly performances at 7:30
*except where noted on show listing 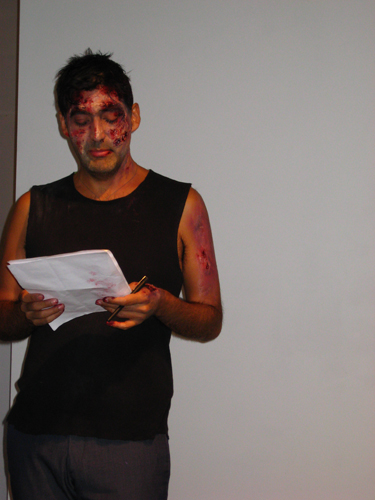 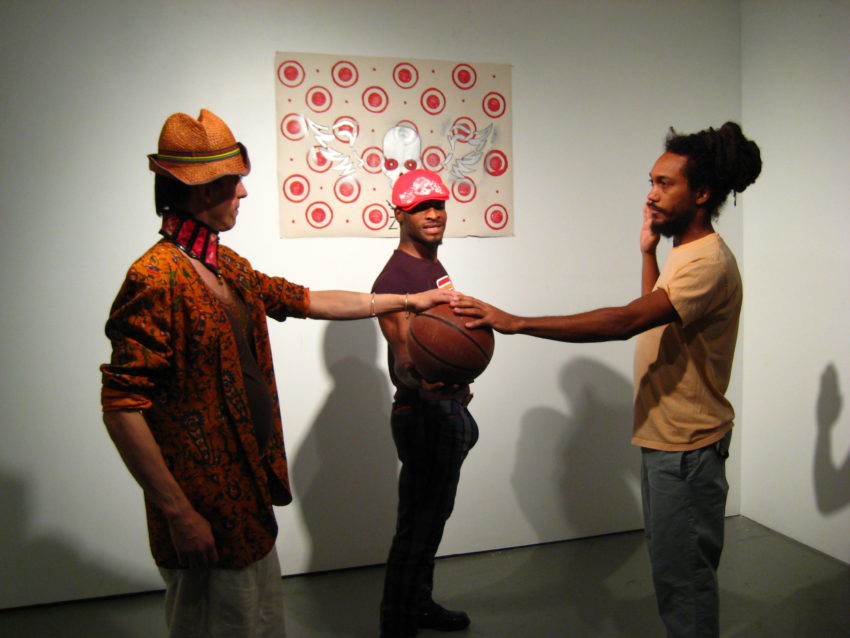 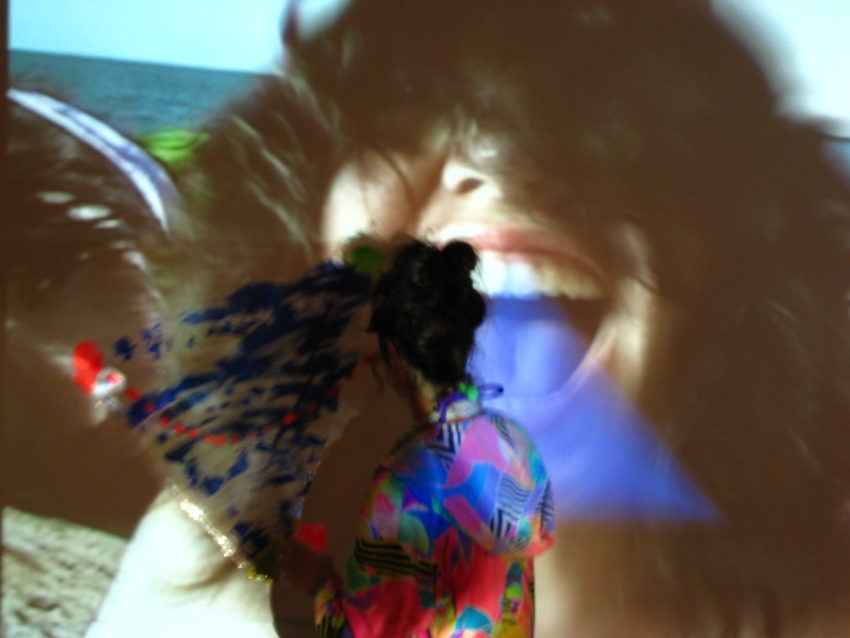 Frankie Martin, An Introduction to: Live From the Bermuda Triangle, September 12, 2007<a href="http://www.youtube.com/watch?v=qrYyeNRRexk" target="_blank">Click here to watch this performance</a> human-rites-watch-1490 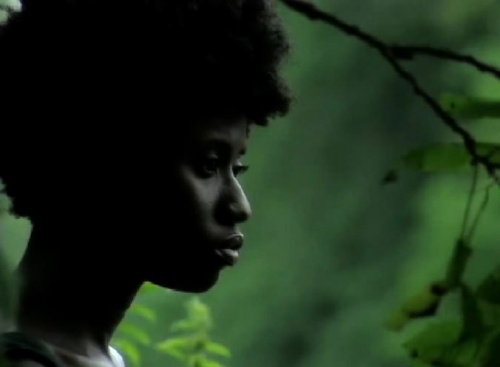 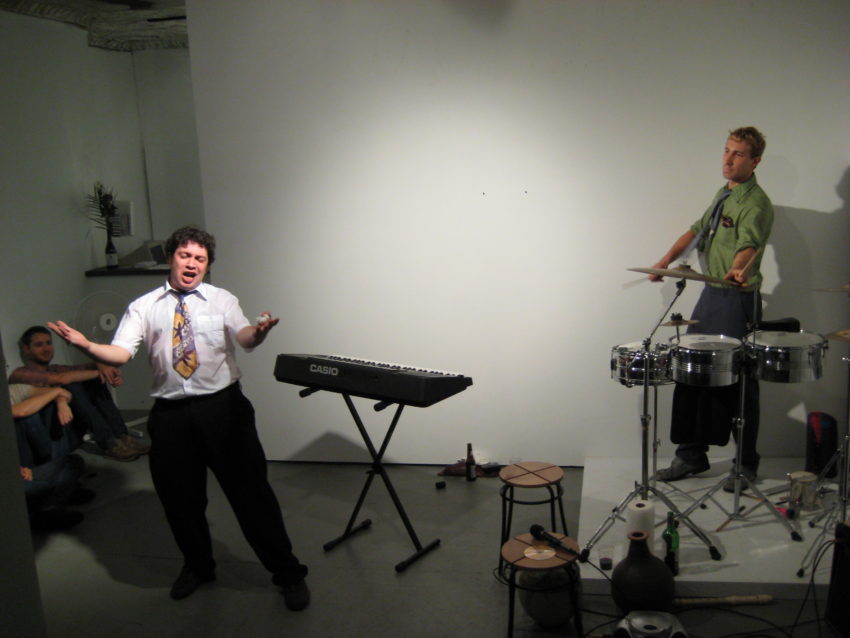 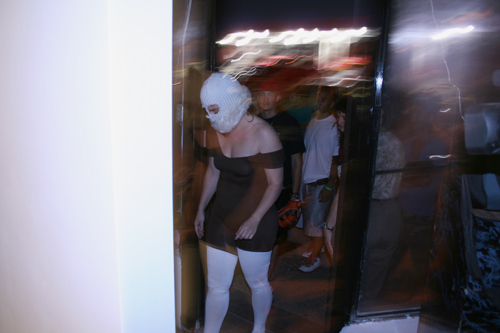 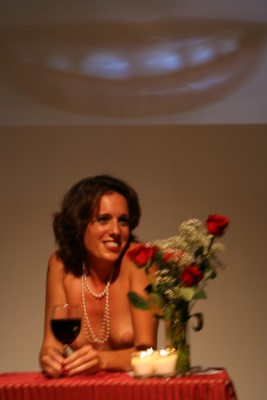 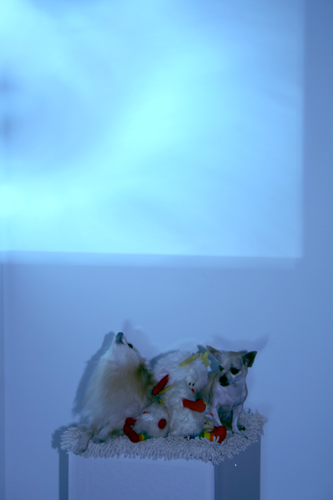 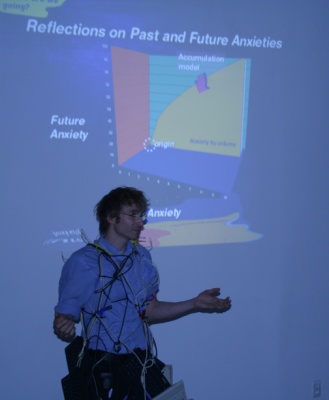 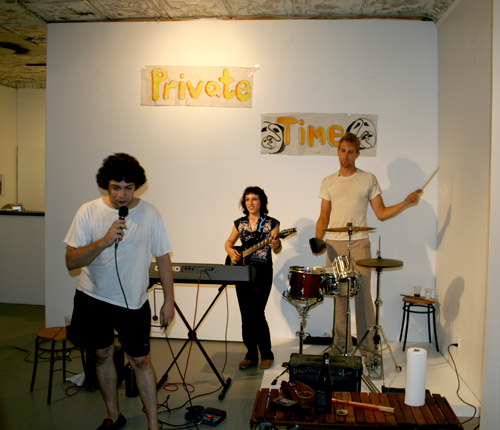 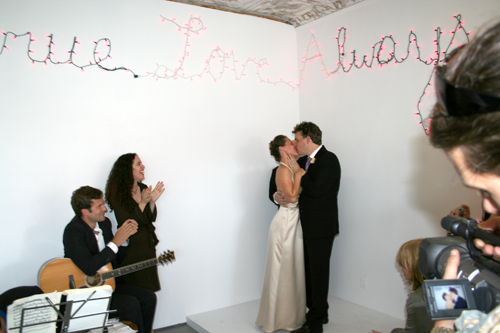 Klaus von Nichtssagend Gallery is pleased to announce Human Rites Watch, a performance series which will be presented at the gallery from Sept. 3 until Sept. 15, 2007. Curated by Michael Mahalchick, Human Rites Watch attempts to take advantage of the intimacy of the gallery space to present works that not only reflect the personal devotions of the artists but also how these devotions manifest themselves in social bonding and reveal the nature of how the individual relates to the community.

All performances will begin at 7:30 p.m. unless otherwise noted.
Performances are free and open to the public.

Monday, Sept. 3 at 1PM: Elyce Semenec and John Odom‘s True Love Always, Elyce and John invites the viewers to join Semenec and Odom as they make a very public display of their privateaffection for one another altering not only how they see themselves but how they appear to others.

Tuesday, Sept. 4: In Private Time Annie Pearlman composes “progressive R&B to help the listener transcend for ritualistic purposes”. This performance invites the viewer to see how “private music” translates into a social and public ritual.

Wednesday, Sept. 5: Where are we going? The Rev. Luke Murphy will explain the mathematical relation of Anxiety to Anxiety in the context of Future Anxiety

Thursday, Sept. 6: Jocelyn Shipley‘s modern pagan witchery stirs cuteness, horror, hope, and creative anachronism in a cauldron in an attempt to cast a powerful spell over the viewer.

Friday, Sept. 7: Emily Lutzker‘s work, The Stalker Project Part II: Another Date is about love and desperation and attempts to use a kind of reversal of power to expose the reluctant part of us when it comes to wanting love. In this work Lutzker “The Stalker” gives herself over to the viewers in an act of humiliating generosity in a desperate attempt to nourish her interpersonal relationships.

Saturday, Sept. 8: Luciana Achugar‘s choreography attempts to infiltrate her viewer’s world with sensation and tactile reflection as they witness the choreography while trying to create a community “dance ritual” which affirms the value of memory in how one fabricates their cultural identity in society.

Tuesday, Sept. 11: Brian Belott works himself into a shamanistic trance via repetitive rhythms and utterances that somehow function in a place between ingratiating and grating, irritating and irresistible.

Thursday, Sept. 13 at 8:30pm: Frankie Martin’s Freakout #15 is the 15th installment of her unique and unchoreographed freakout danz performances, she against her music, which are part positive NRG part
negative NRG combining to combust inviting you to join her in this collaborative combustion.

Friday, Sept. 14: Curtis Carman along with Zach Fabri and Diinonn Brooks presentPatty Cake Dribble which mixes a gospel singer, drag queen and a performance artist into a fierce ritual and spirit dance that targets nothingness as a destiny for “each one to teach one”.