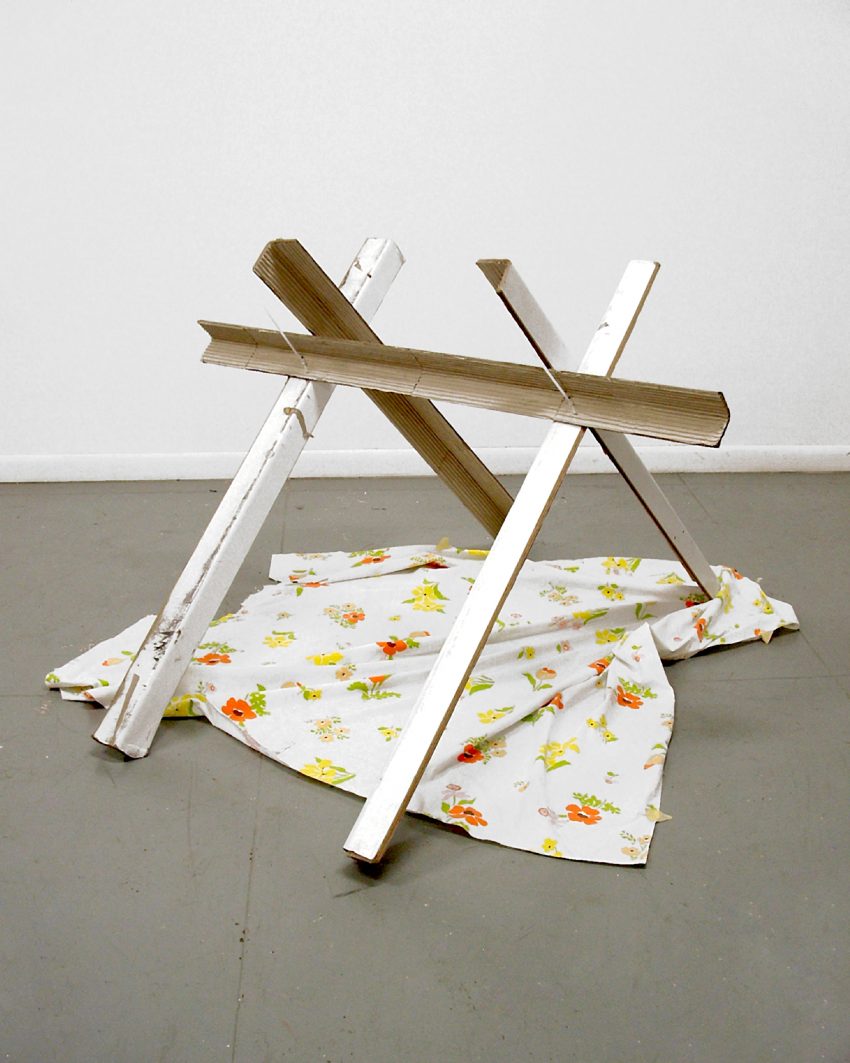 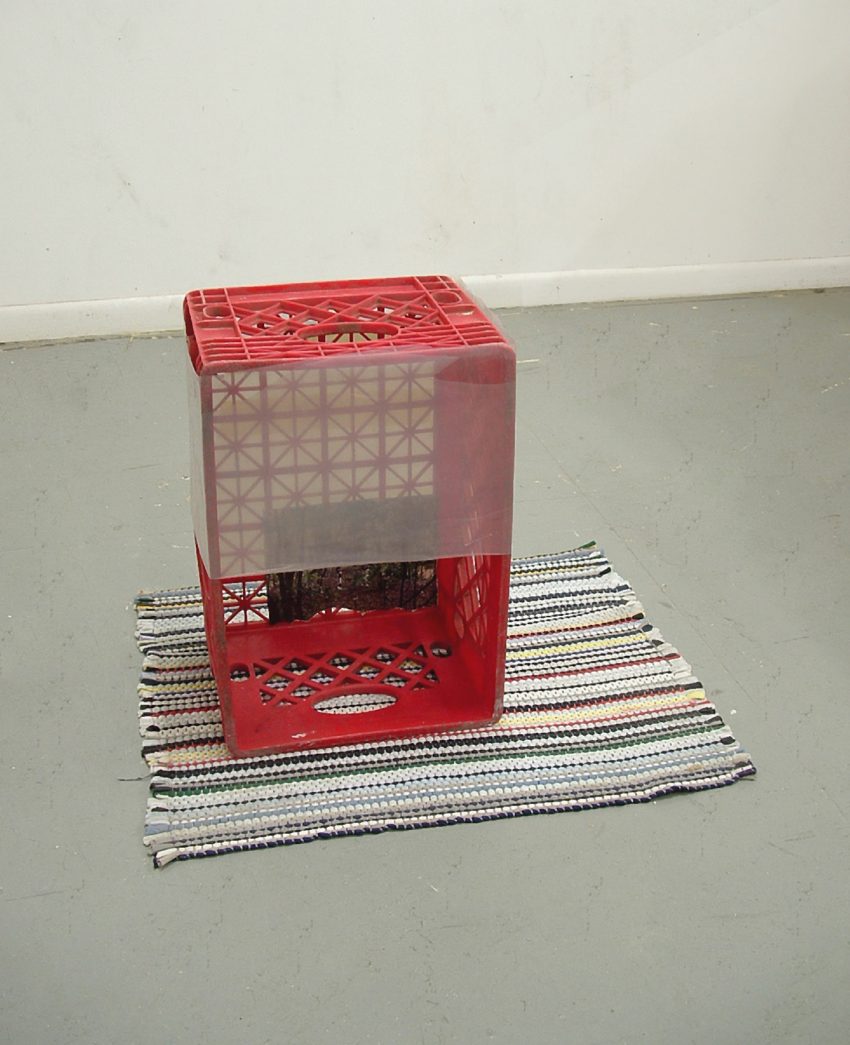 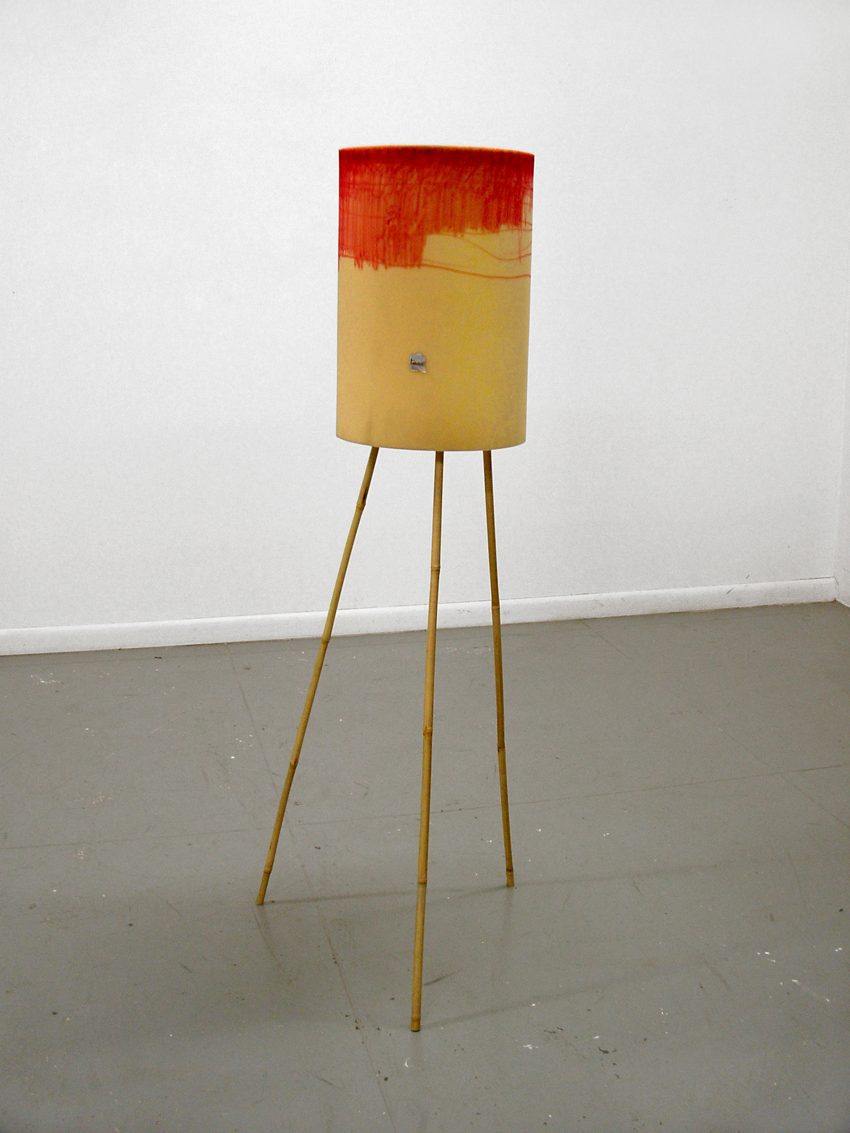 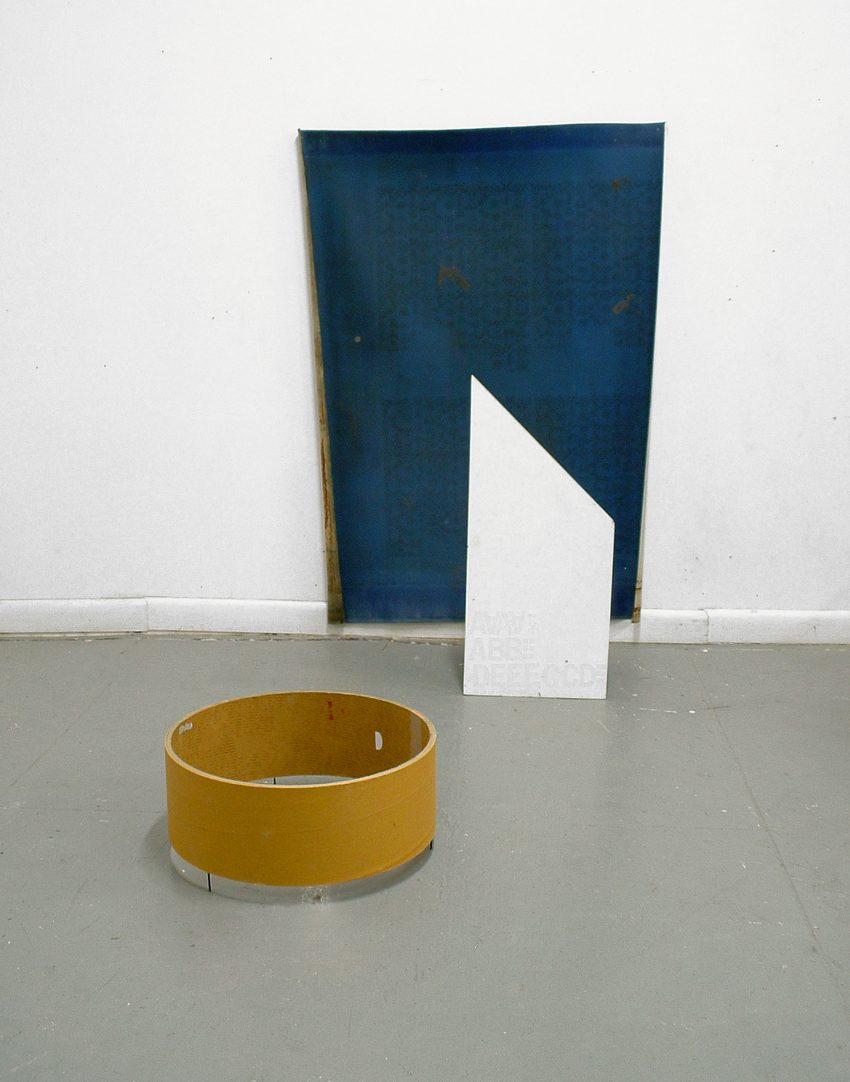 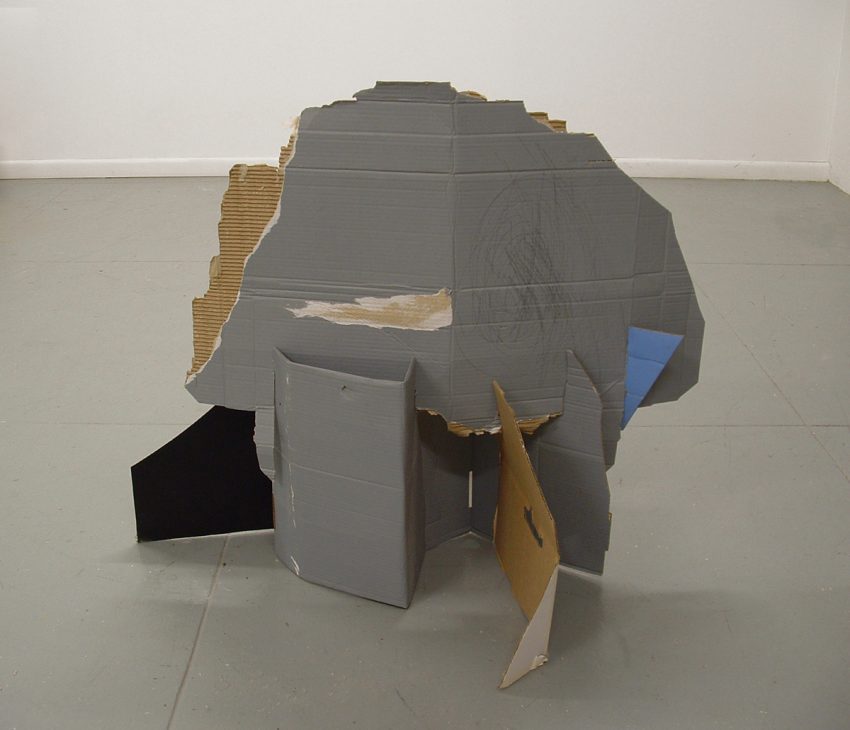 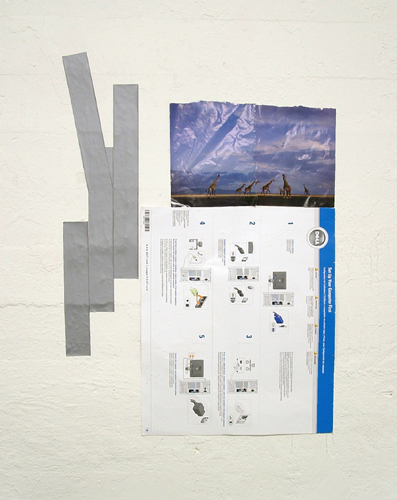 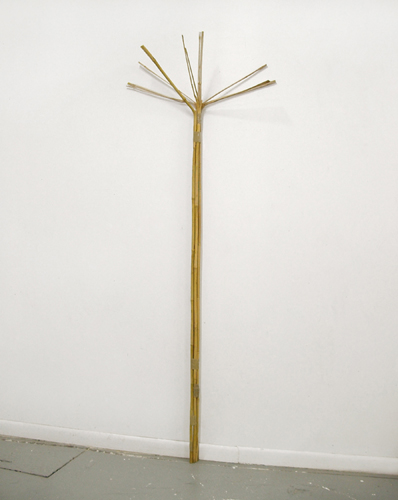 Klaus von Nichtssagend Gallery is pleased to present the first New York solo show by Long Island City based artist Ian Pedigo. The show, titled “Original Products Have Lapsed” will include sculptures and flat works made from found detritus and salvaged debris.

There is an archaeological quality to Pedigo’s work, carrying anthropological implications about both the materials used and the recontextualization of those materials into sculptural elements. The discarded objects reflect cultural attitudes about the immediately inhabited urban environment. As the natural forces of degradation begin to claim the objects for the indifferent city streets, Pedigo reclaims them for the cultural discourse, imbuing them with new form and meaning.

The construction of these works is based on abstract resemblances to functional objects or systems. Graphic qualities in the work might echo diagrams, children’s educational systems, or public signage, implying arrangements that have a directive function and may organize principles of thought, selection, or destination. Pedigo’s selection of objects tends to emphasize form in addition to conceit. The resulting valuation invokes a credo both chthonic and alluring.