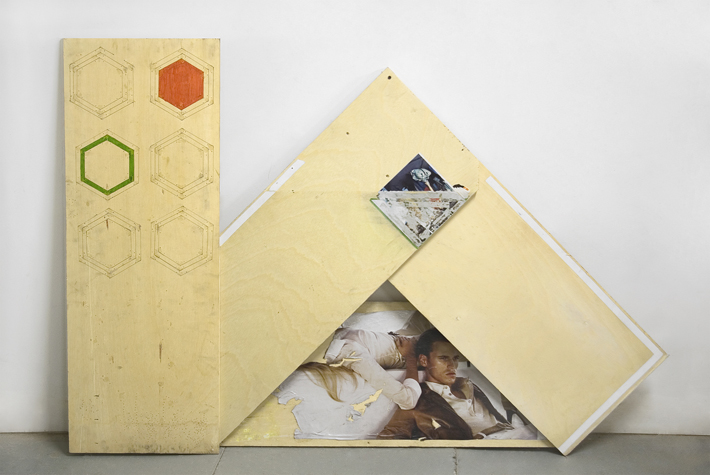 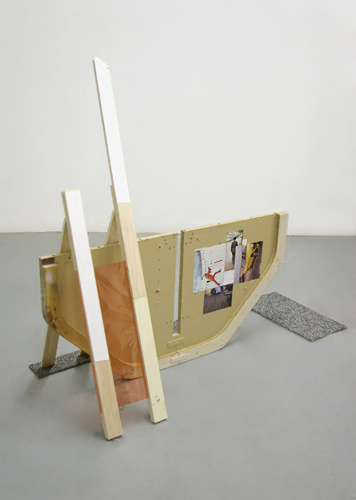 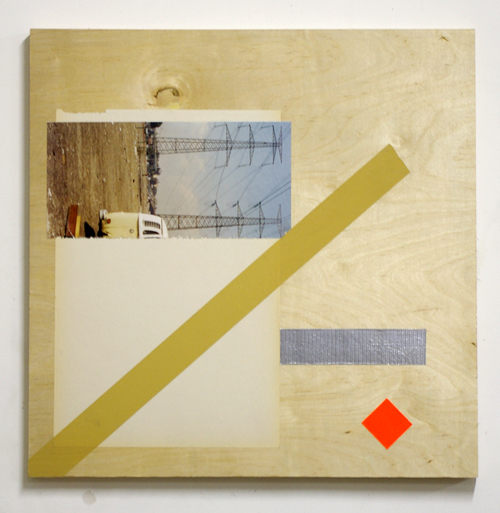 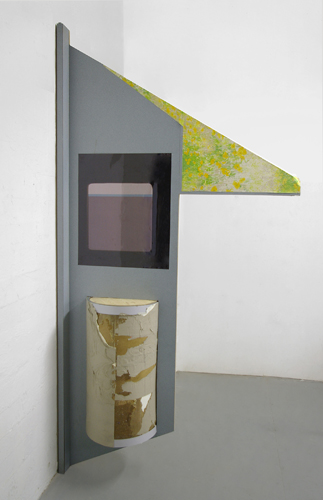 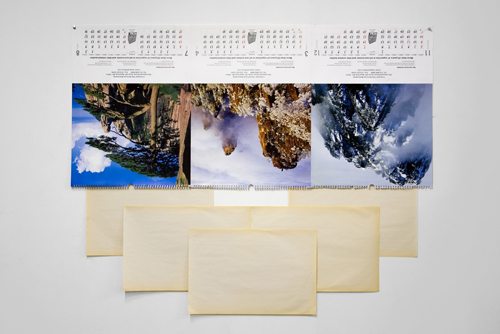 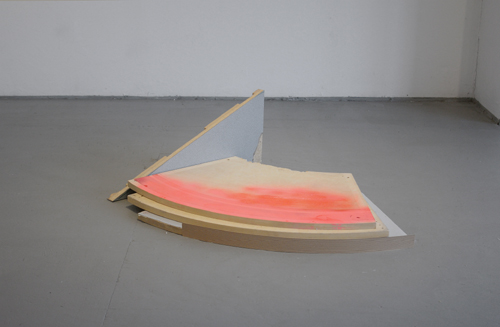 Klaus von Nichtssagend Gallery is pleased to present the second solo show by Ian Pedigo titled Titanium Pro. The show includes floor and wall sculptures as well as collages, and will run from March 21 – April 20th 2008. A reception for the artist will be held on Friday, March 21 from 7 to 9 PM.

Pedigo describes his work as “a process of construction through deconstruction”. Each of the works, having developed into a specific form, is then reworked perhaps several times, accumulating more information with each transformation. Traces of past stages become present as minor details, while others are discarded or covered entirely by new material. This means of working creates a relationship to archeology in that a historical process of accumulation occurs. The sculpture’s history remains intact as a series of fragments, but it plays an equal role amongst imagery, the materials of it’s making and traces of the artist’s hand.

For this exhibition the artist’s materials of choice tend to be drawn from cast off domestic building materials such as formica and particle board, and mass-produced imagery taken from magazines and calendars. The building materials, along with their scale, lend the sculptures a spatial presence that evokes architectural forms. “Titanium Pro,” the show’s title, draws attention to both the marketing of consumer materials and their coöpted recasting in his studio practice.

Ian Pedigo lives and works in Queens New York. In 2007 his work was shown in NewYork at Peter Blum Chelsea, D’Amelio Terras, and Franklin Parrish, in Berlin at Markus Winter, in Chicago at 65Grand and in Los Angeles at David Patton. In 2008 he will show at Atelier Cardenas Bellanger in Paris and Pianissimo in Milan.