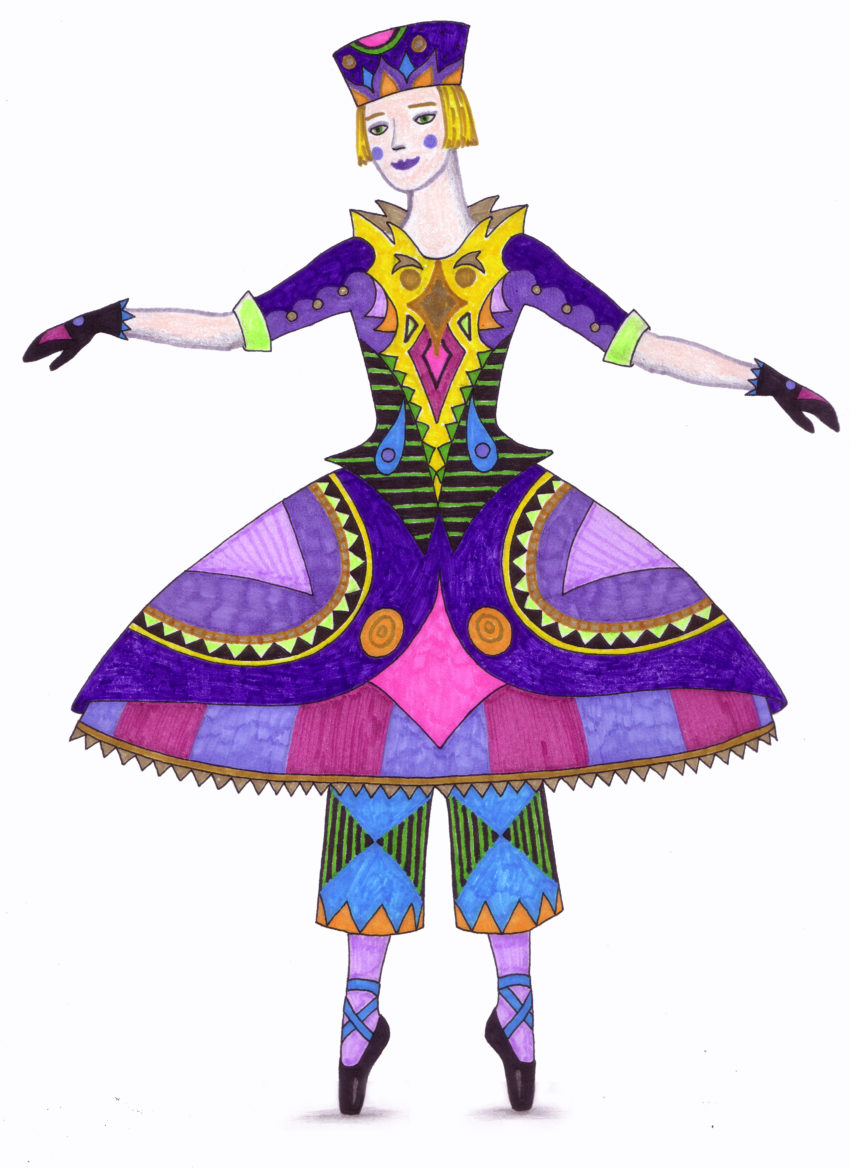 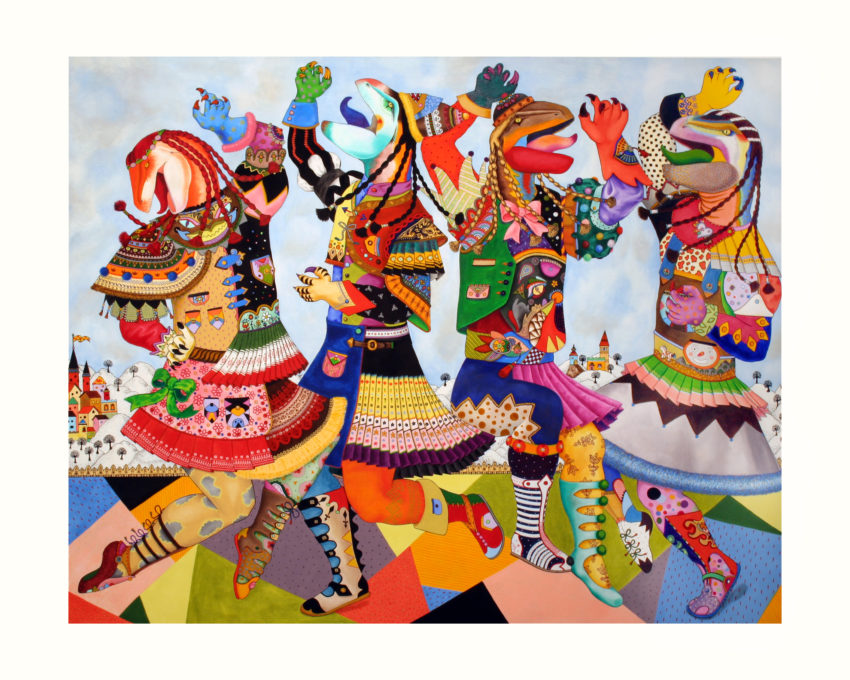 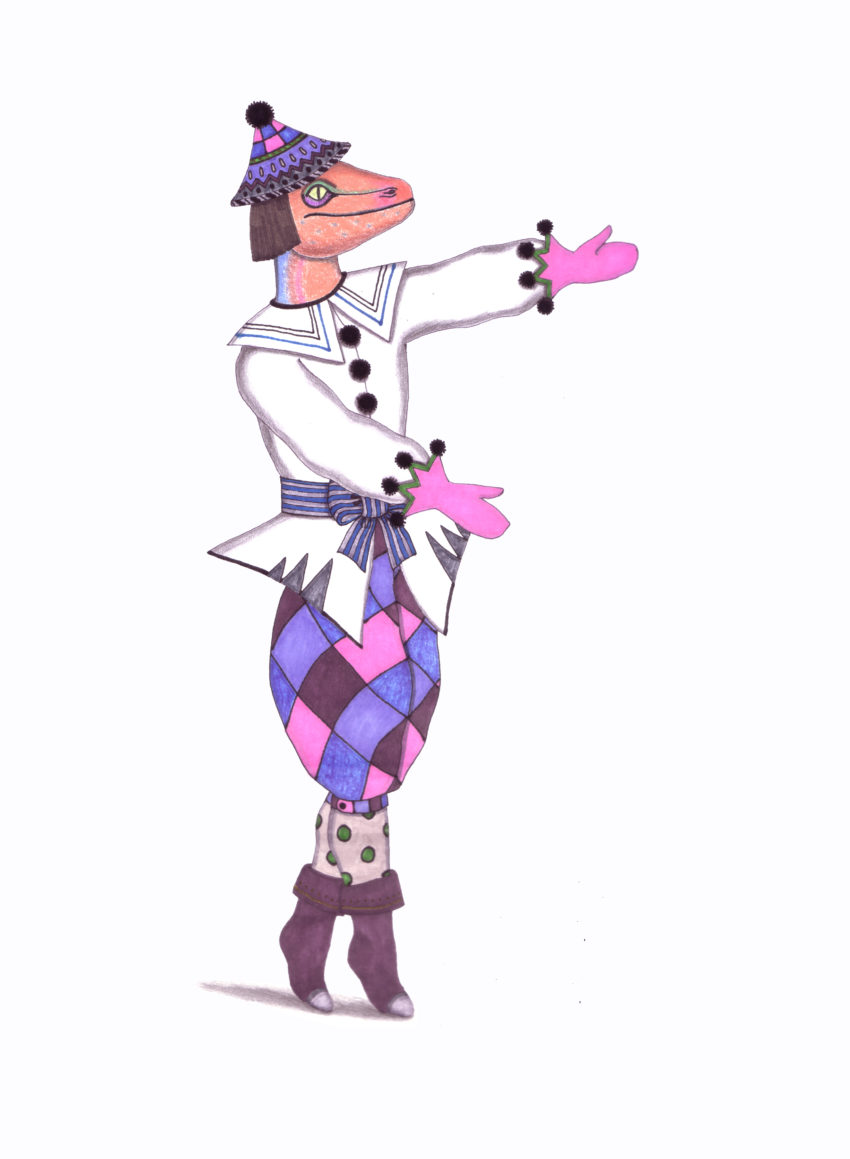 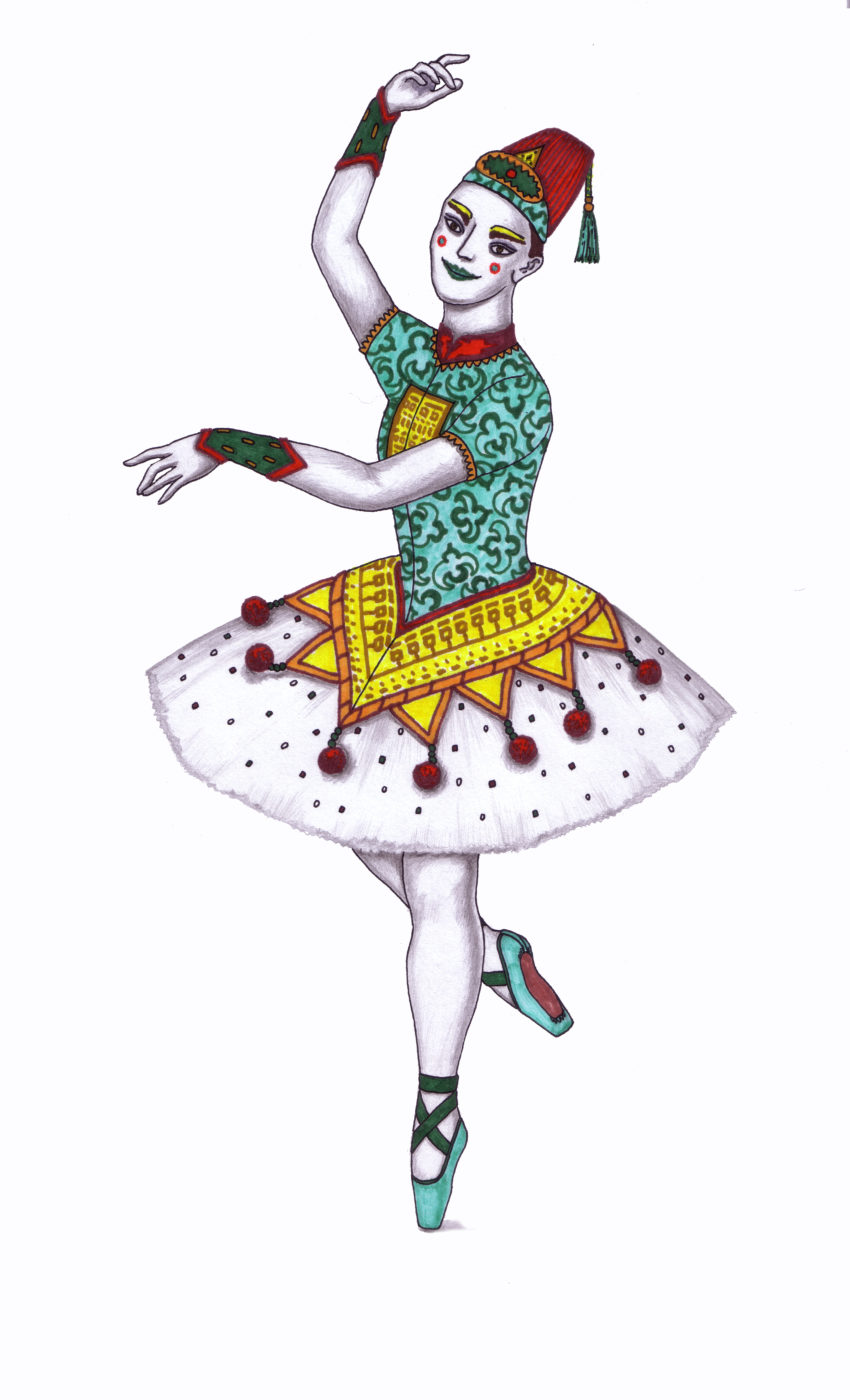 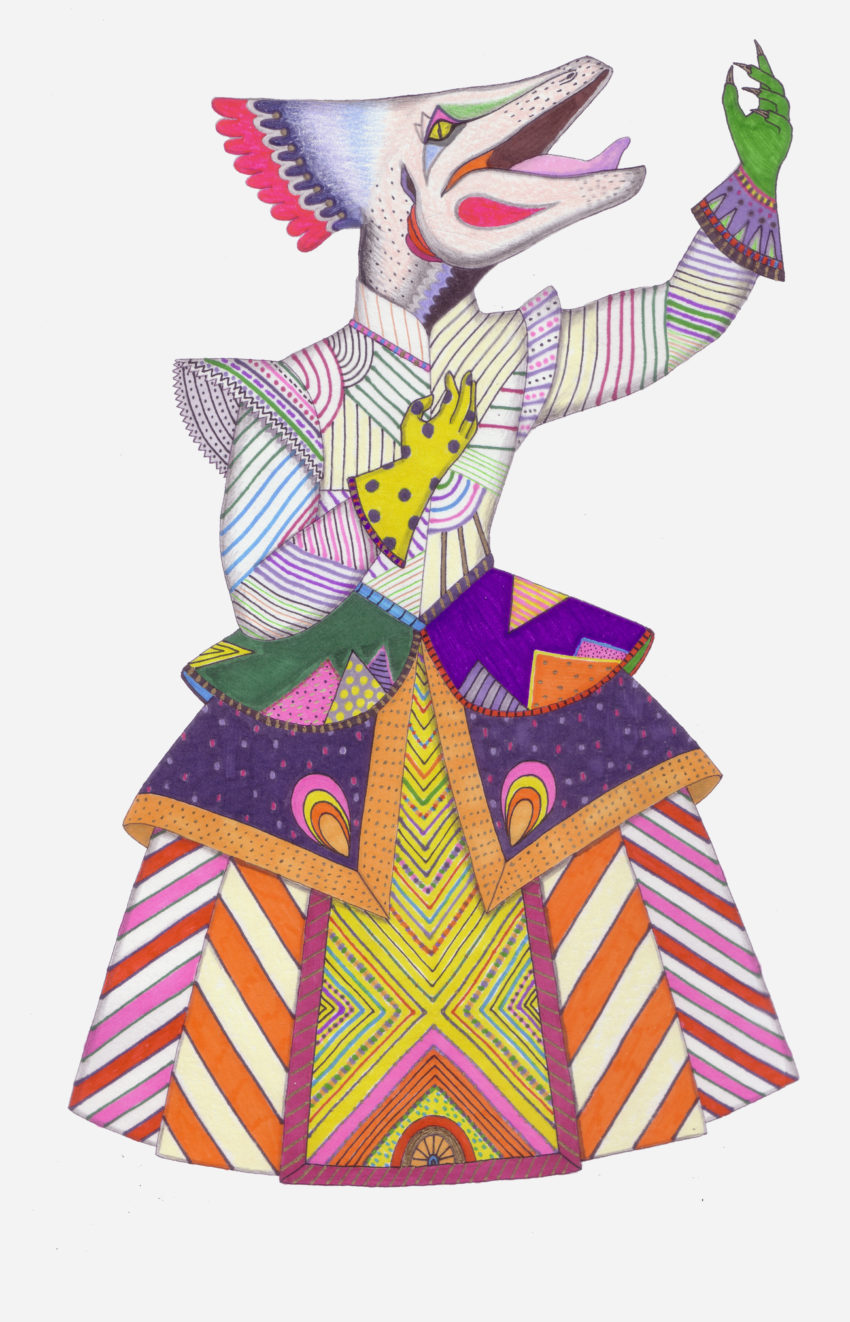 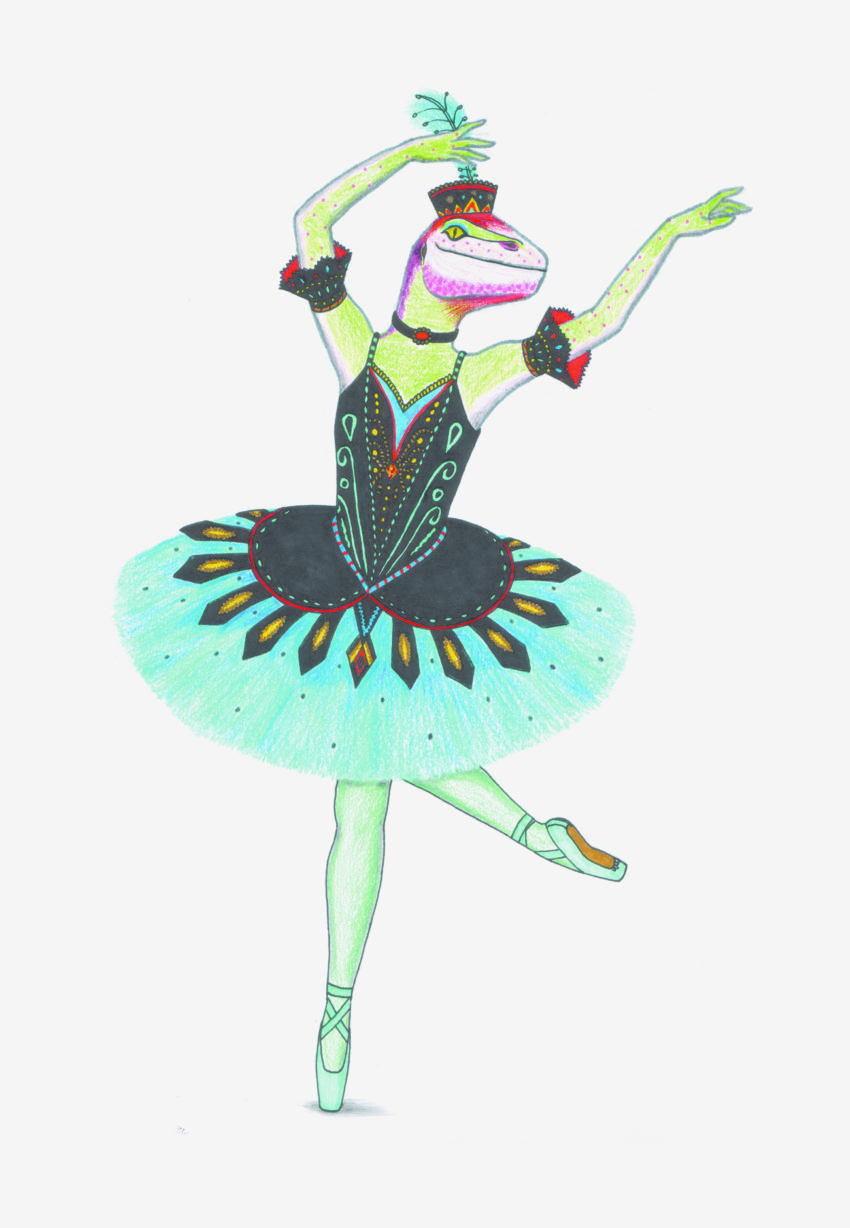 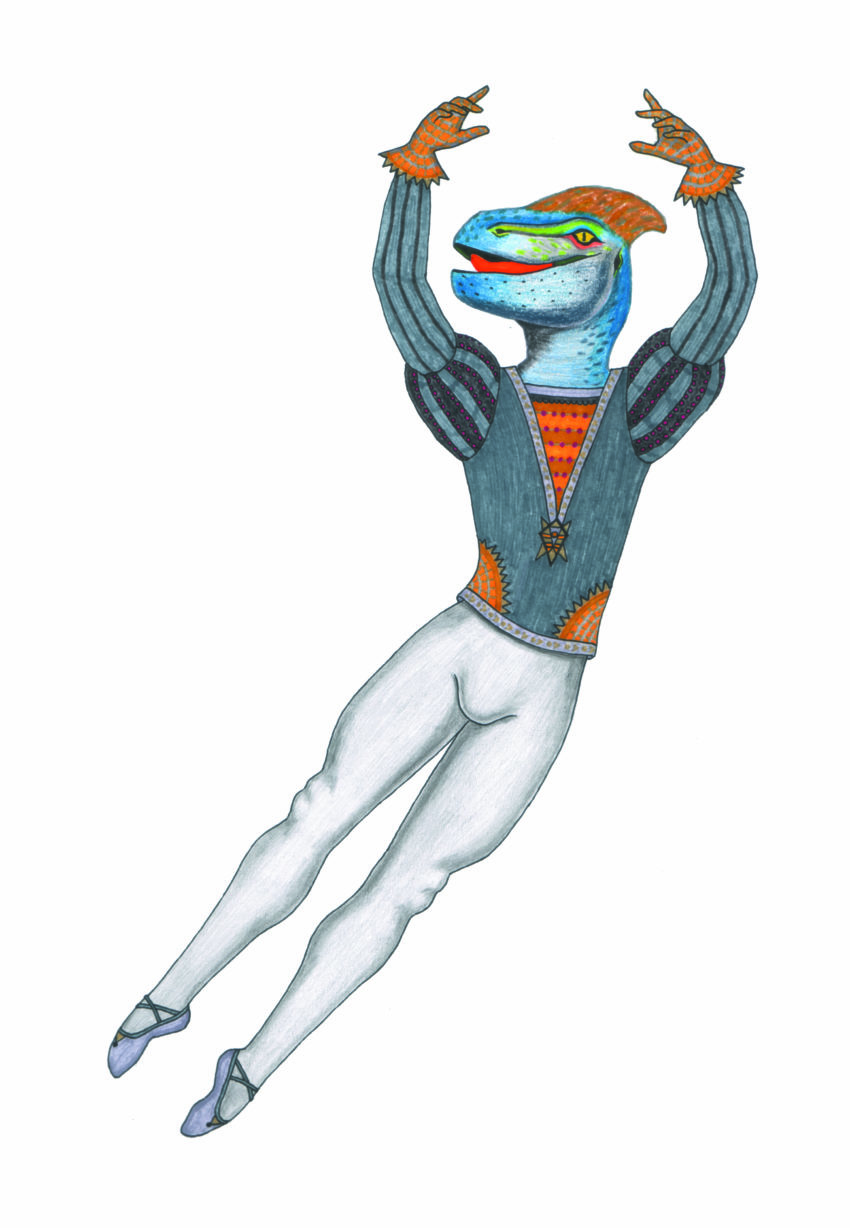 Klaus von Nichtssagend Gallery is pleased to announce On the Stage the first solo exhibition of work by Jenny Ping. An opening reception for the artist will be held Friday, September 21st from 7-9pm.

Jenny Ping’s intricately detailed drawings of imaginary ballet and opera performances feature the artist’s own cast of human and dinosaur-like performers, depicting a fantasy society of the performing arts. Inspired by classic 19th and 20th century ballet companies, from Marius Petipa to Diaghilev’s Ballet Russes, the boldly colorful drawings and paintings depict every aspect of theatrical stage presentation, from inventive “choreography” to extravagant sets of onion-topped buildings and mountainous landscapes. The figures are fitted in elaborately ornamented costumes of Ping’s own design with a minute level of detail in each textile and accessory. A large group of single-figure drawings create a Playbill-like cast of characters along one wall.

Ping’s images focus attention on the spectacular aspect of performances
rather than a specific story plot. The lyrical compositions evoke her
musical influences such as Tchaikovsky, Stravinsky, Prokofiev, and Delibes. Looking to the melodies of classical music which bring to mind dancing, Ping generates the meticulous forms and scenes in her work. In this way, the large oil painting “Four Braided Dansaurs” is more a moment of ecstatic musicality than a depiction of a specific scene. In a way, Ping has created her own theater company, imagining a society of performers who exist in celebratory expressions of dancing, singing, music and costume.