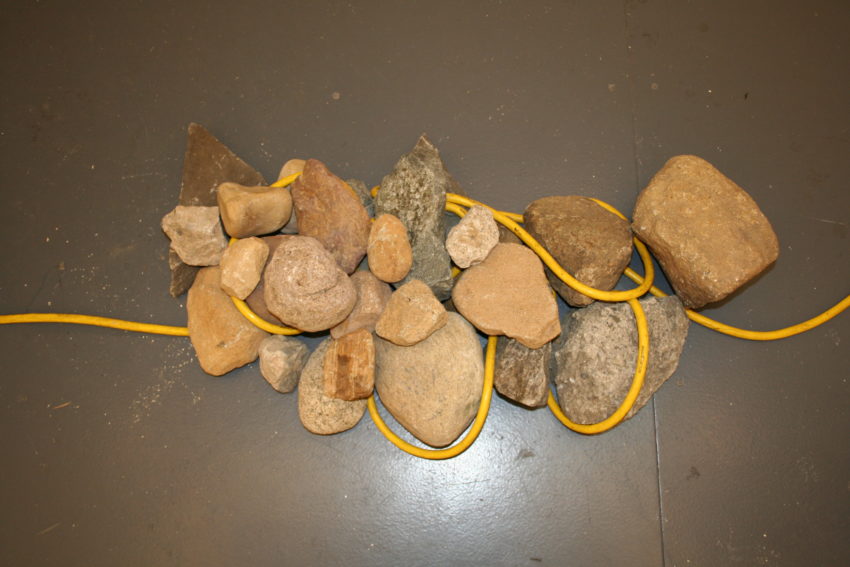 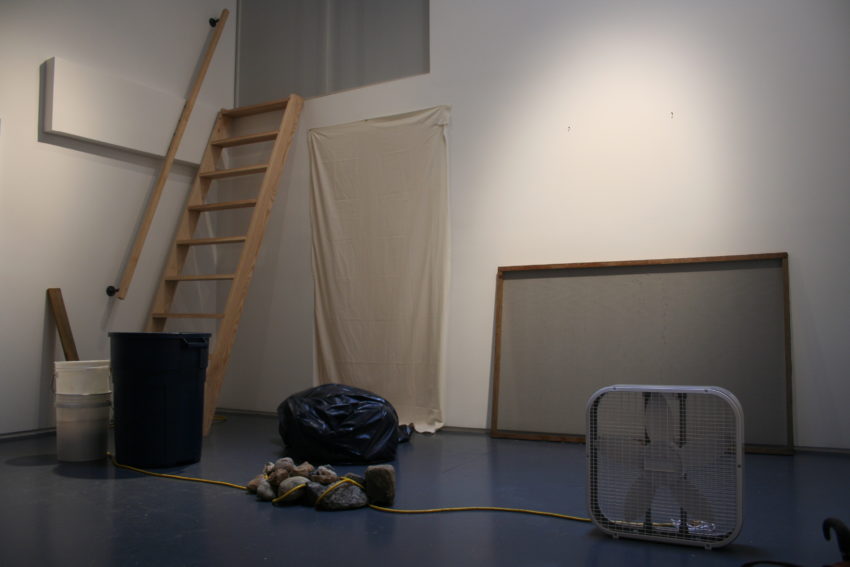 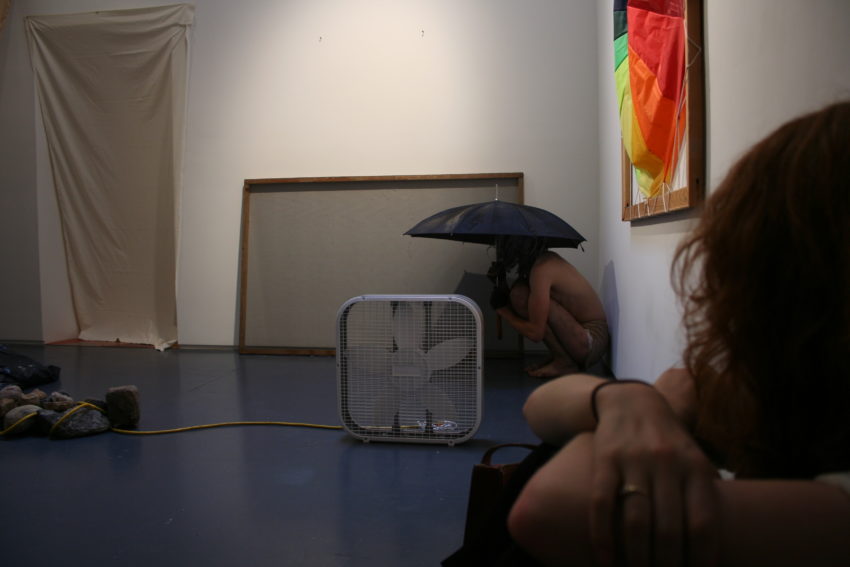 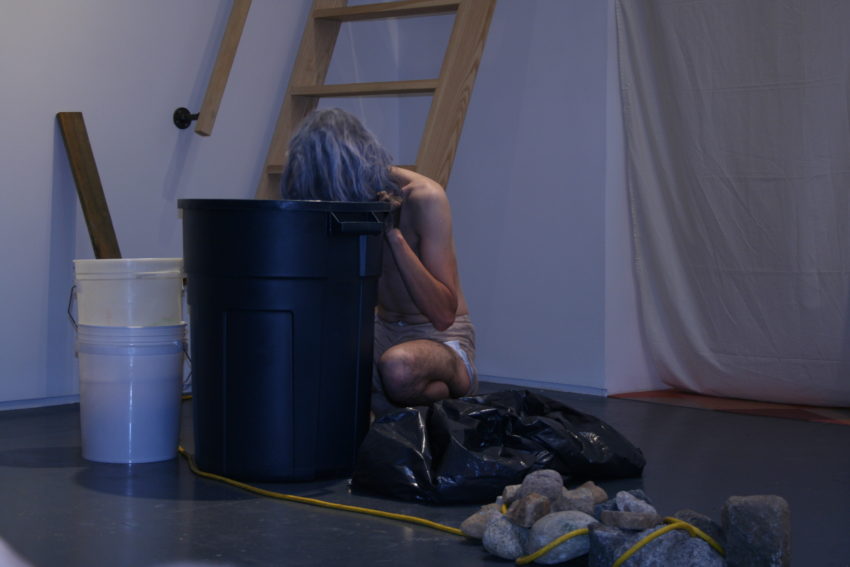 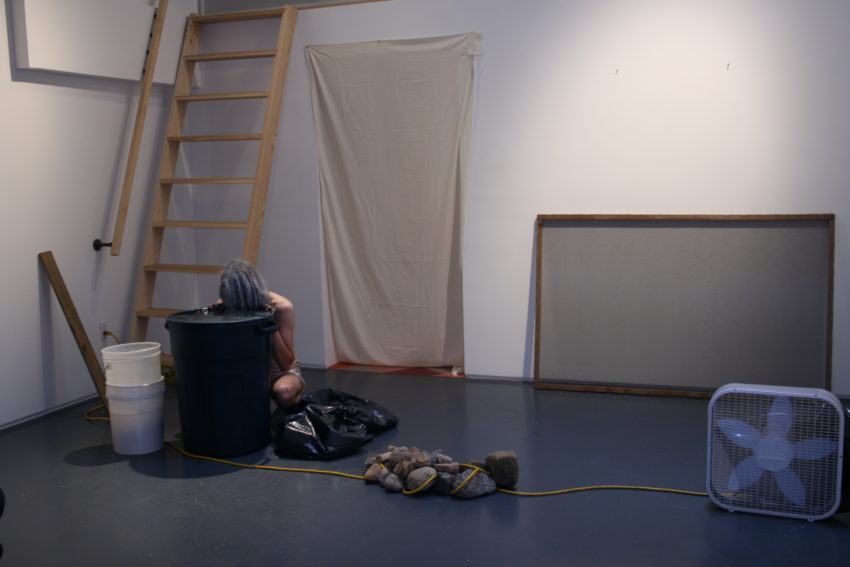 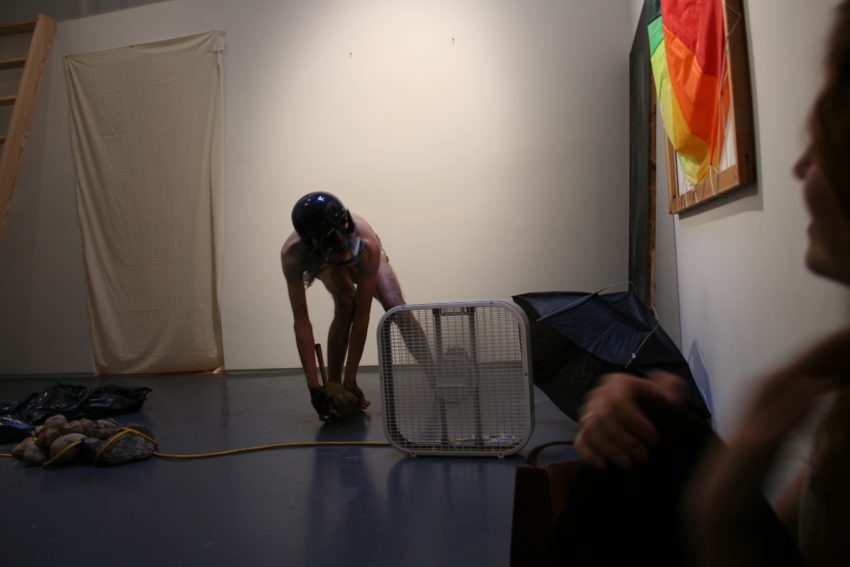 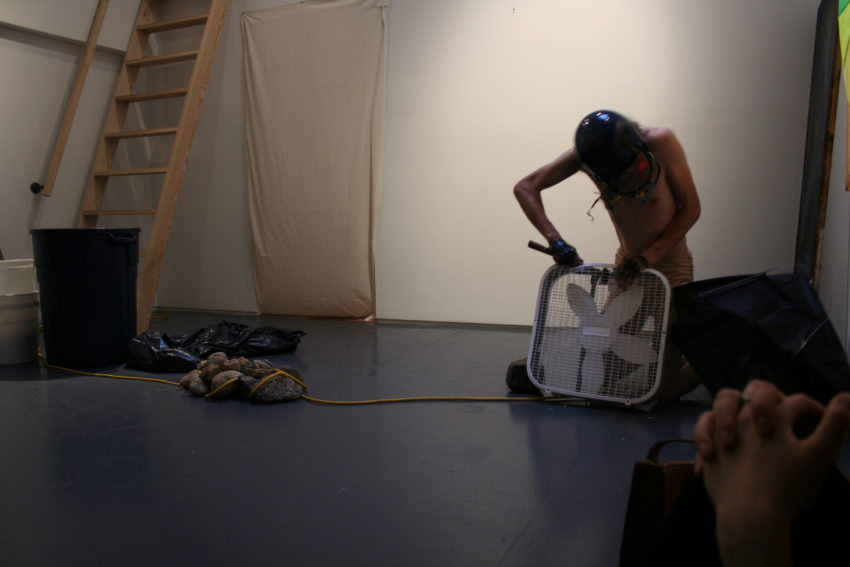 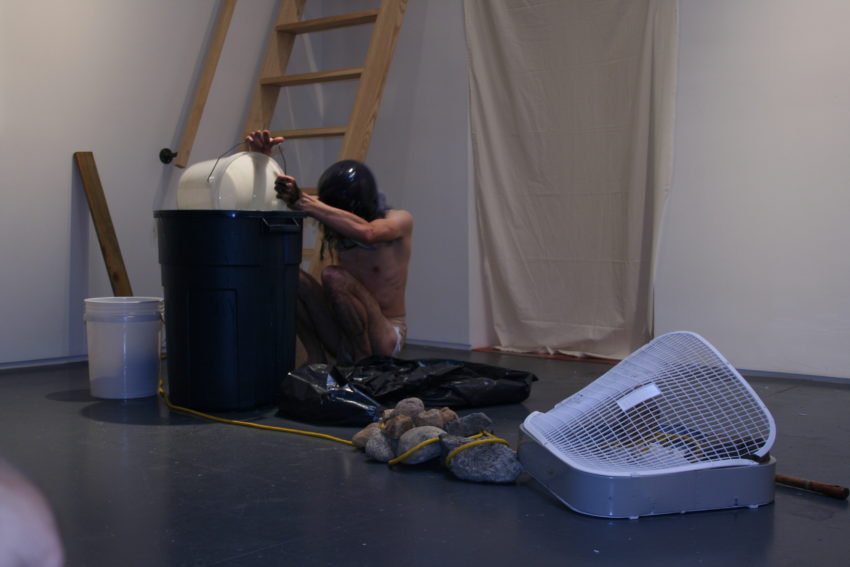 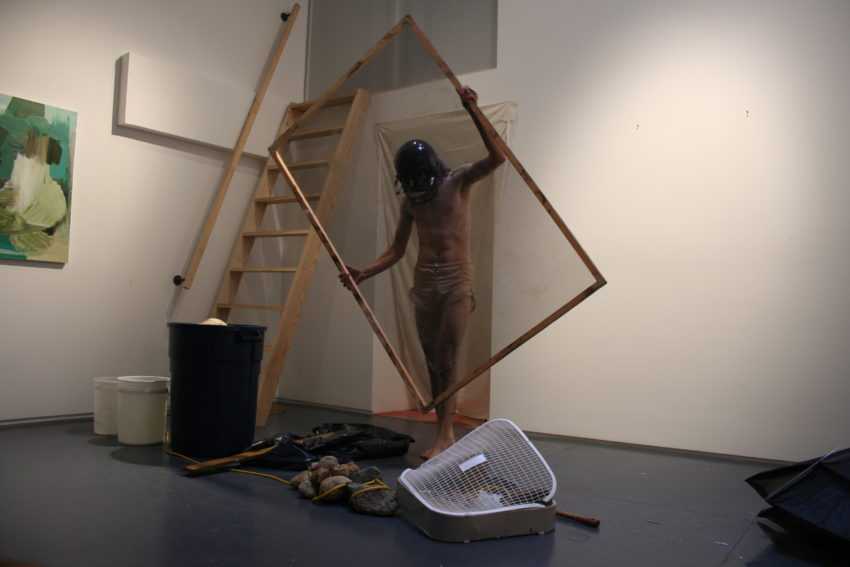 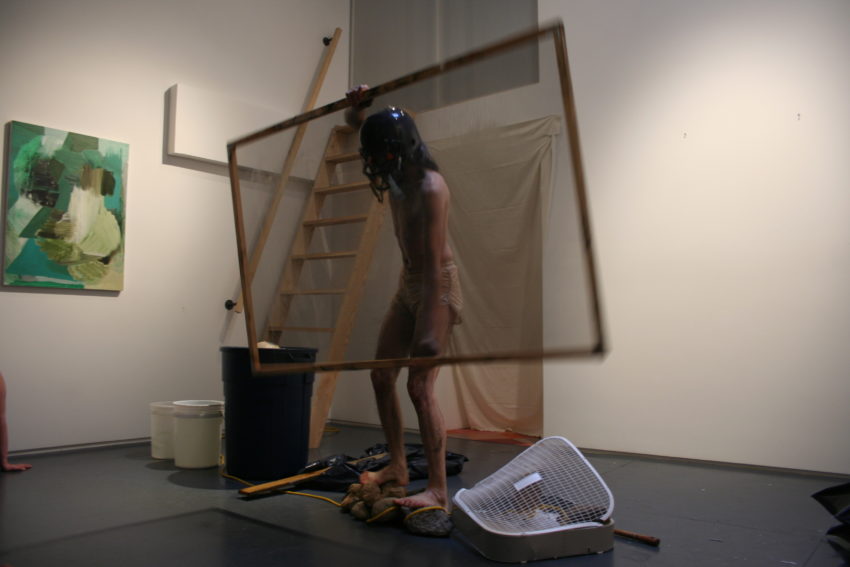 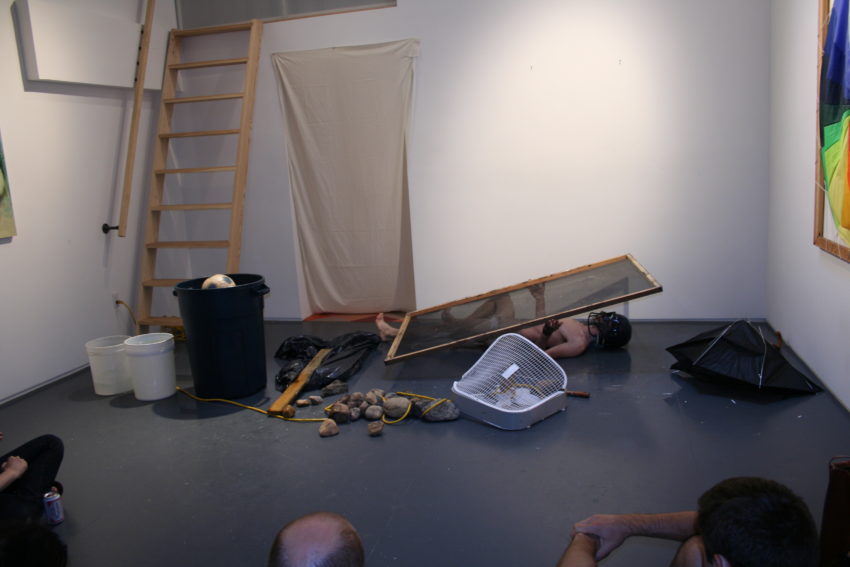 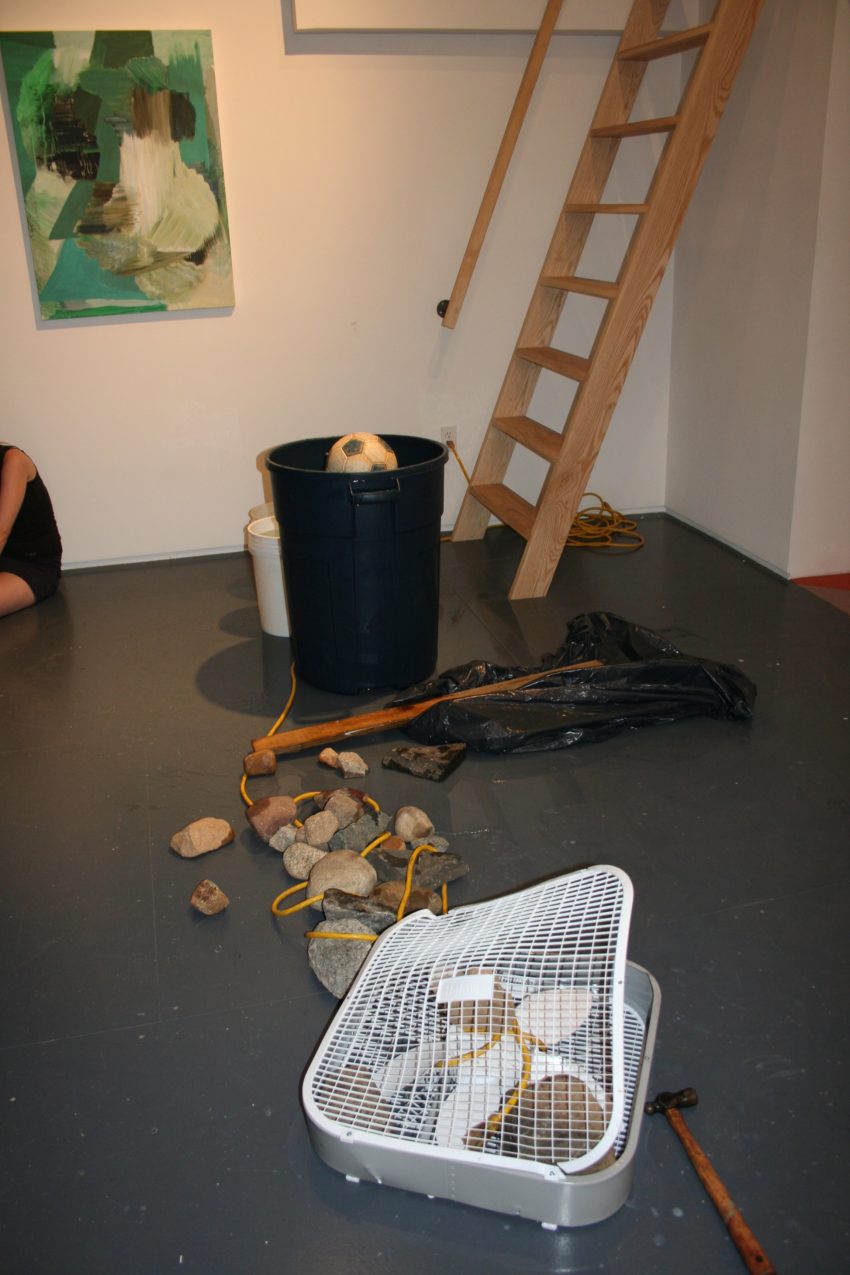 As a part of his two-person exhibition at the gallery, Shaun Krupa will perform Rain Barrel, in which he interacts with a series of props and materials as a way to emphasize the element of time in the existence (or in the life of) objects. The performance will track through several phases, beginning with the birth of a makeup-covered character from a garbage bag. After seeking the shelter of an umbrella, he then quenches his thirst from a rain barrel. After a messy encounter with a window screen, a football helmet is placed on his head, forming a new character. A violent interaction with a box fan ensues, and as a final gesture, a soccer ball is spun in a whirlpool. Through his various transformations, Krupa disappears as a “self” and becomes an agent of the forces of change. In a way, the objects and materials use him to live out their potential and come to life.