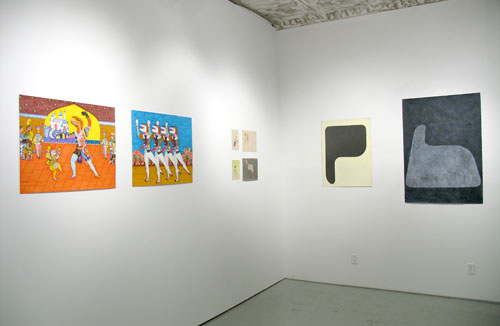 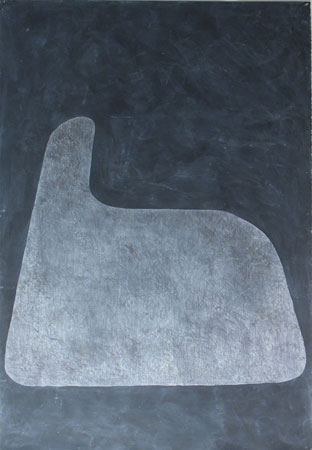 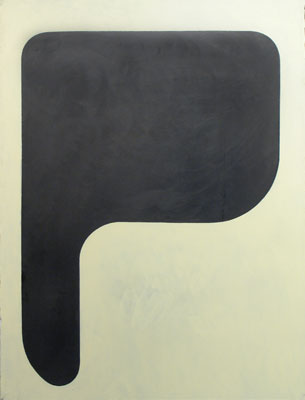 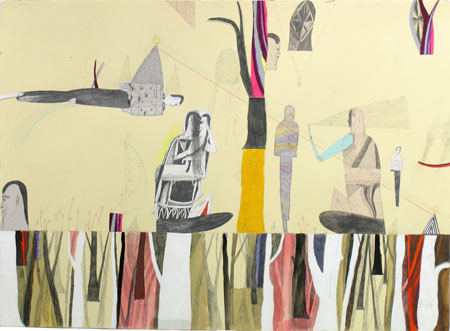 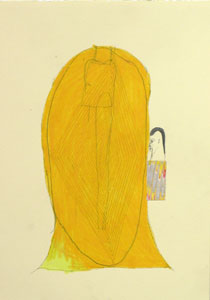 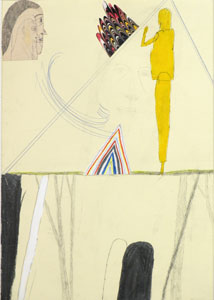 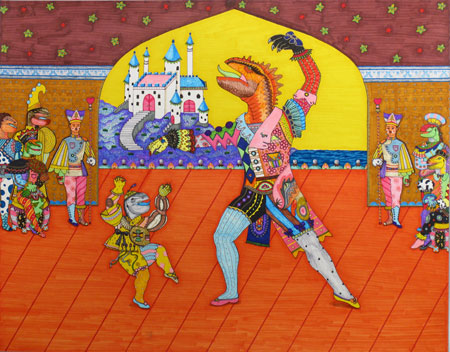 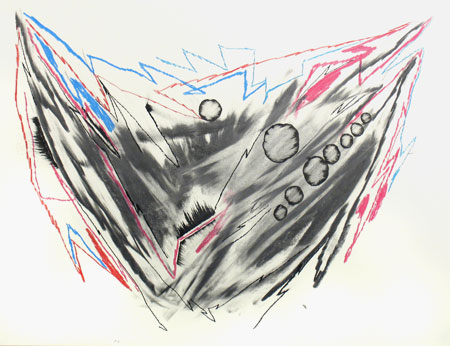 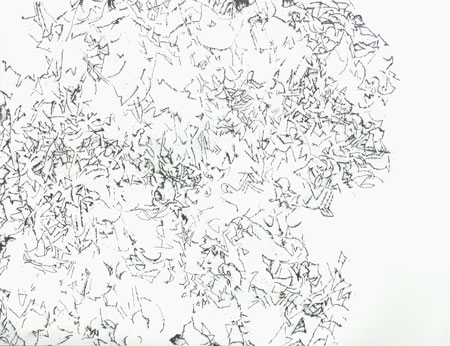 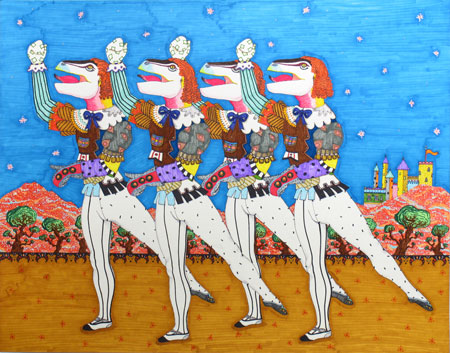 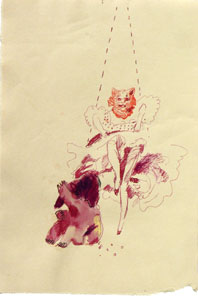 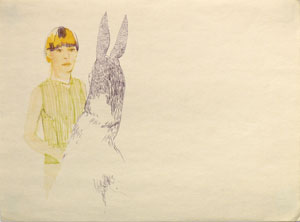 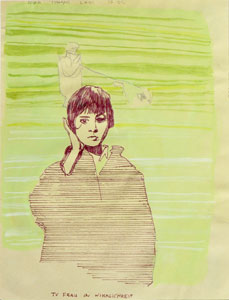 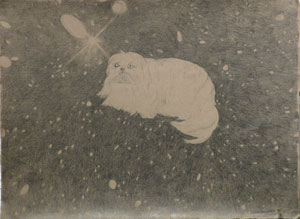 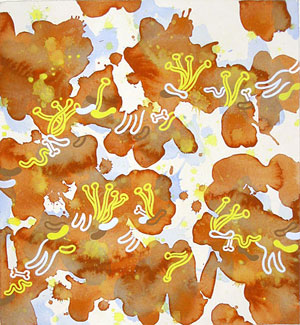 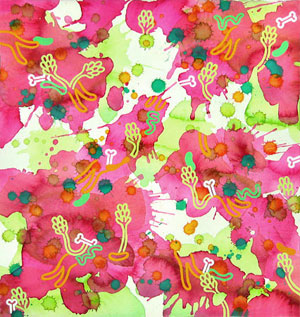 Klaus von Nichtssagend Gallery has selected works on paper by seven artists that span the wide spectrum of drawing from allegorical narrative to non-representational abstraction. This show aims to function as a small survey of the many directions found in contemporary drawing.

Joseph Hart uses a developed iconographic imagery to portray his interest in folklore and myth, creating a culture that is entirely invented rather than specific to any one society.

David Scanavino’s drawings use the physical properties of materials and the stoicism of the image (desktops) to create powerful psychological conditions that remain mysteriously elusive.

The work of Patricia Iglesias utilizes varieties of organic shapes, colors, and marks splayed vivaciously along the length of a scroll.

Tyler Vlahovich’s drawings describe complex unified spaces often punctuated by what might be described as an event whose result conveys movement and energy.