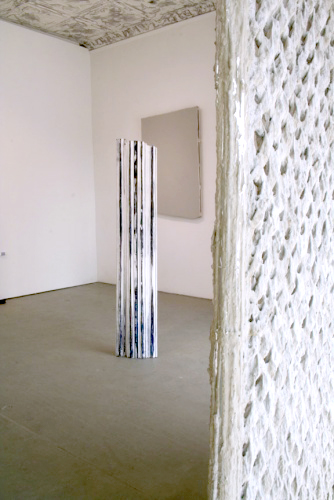 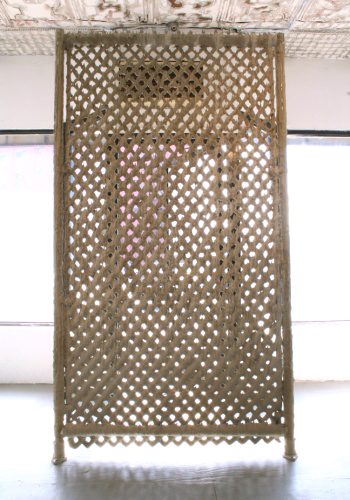 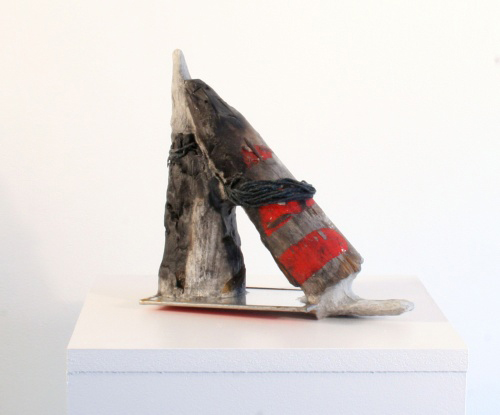 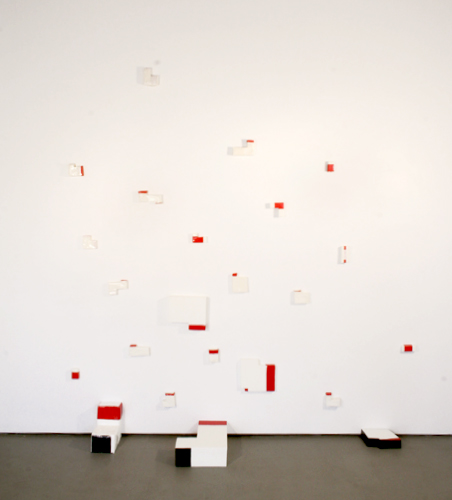 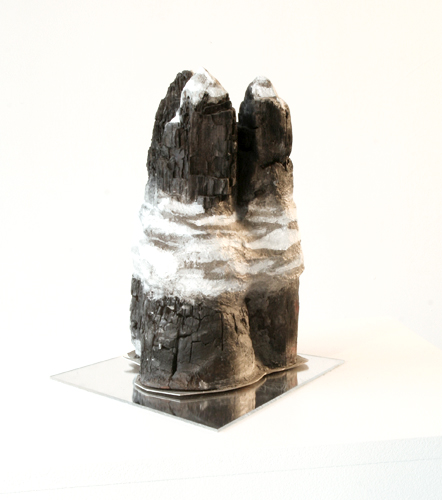 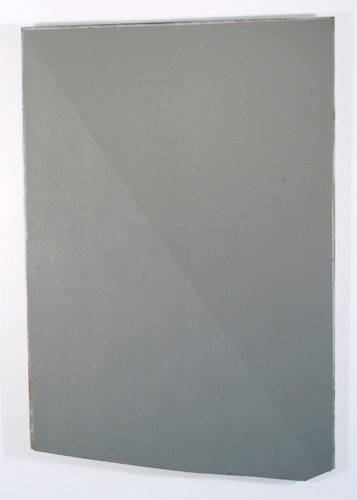 The term Tensegrity was coined by Buckminster Fuller to describe the integrity of structures as being based in a synergy between balanced tension and compression components. Since then the term has been applied to a variety of uses, most notably by Carlos Castaneda to describe a system of movements, stances and stretches that emphasize the tension and relaxation of muscles. In this group of work tension exists formally between structure and surface, and between sculpture and painting. There is a pushing back and forth between the materials that define the surface and those that create the structure such that the two coexist in a balanced relationship.

Michael DeLucia’s Gate was created by pouring concrete over a length of chainlink fencing stretched between two posts. While the structural framework of the fencing is what ultimately defines the surface created by this act of pouring, so too is the resulting hardened surface a structural component of the end piece.

Eight by Joy Curtis consists of interior mouldings adhered on end to create a freestanding object. The totality of this object has been painted in several colors and layers and then sanded in such a way to emphasize and enhance the visual contours of the surface and its overall structural verticality.

Keiko Narahashi’s pieces begin as folded paper boxes. The boxes are immersed in paint giving them a luscious sheen, and altering the angular forms into softly contoured shapes. Each object has its own architecture and individual character. In arrangements on the wall they take on a topographical quality that plays with scale and composition.

Elisa Lendvay uses found objects as armitures for her sculptures and manipulates their materiality by painting, sculpting and otherwise reworking their surfaces. Mirrors frequently allow glimpses at hidden parts of the work creating a two-dimensional picture of the sculpture on its surface.

Jim Lee works his wall pieces from all angles: front, back and sides. The apparatus of stretcher bars wrapped with canvas is replaced by a highly visible sculptural element, such as laticeworked wooden dowels or laminated corrugated cardboard. The construction of the work becomes a mark-making tool in itself; staples, thread and wire are as much visual components as the varied finishes of his paint.

Tensegrity will run from June 20 to July 20. There will be a reception for the artists on Friday, June 20 from 7-9pm.