Continuity in the Image: Making the Cut 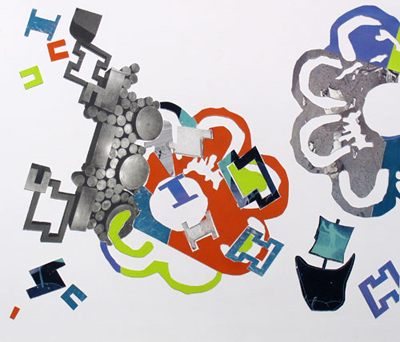 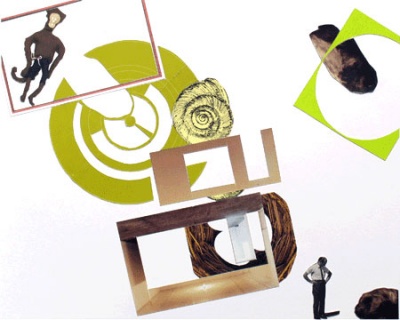 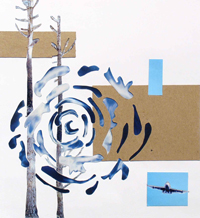 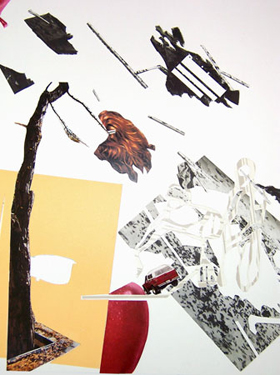 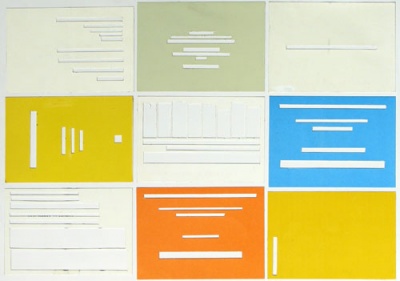 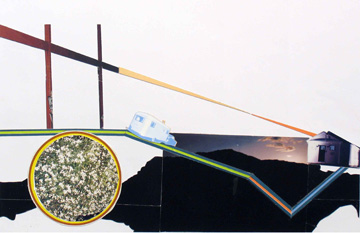 “Continuity in the Image: Making the Cut”, a solo exhibition of works on paper by Teresa Seemann. For this exhibition Teresa Seemann continues her practice of constructing visually engaging and conceptually interesting images that flirt between the real and fantastic by dissecting, collaging and at times animating various visual mediums pulled from her surroundings.

“Continuity in the Image: Making the Cut” is an exhibition of 12 collages on paper made from art exhibition announcement cards received over the years from fellow artists. Some of the collages are narrative, formally staged pieces where traced and cut images pair random subjects with borrowed lines and shapes to make spatial plays in surface and perspective. Others take the shape of approximately 7 inch squares made of a postcard grid mosaic that appropriate line, texture, color and images into milieus of patterns and striking color palettes accentuated by their tile format. All works retain recognizable features from their original incarnation that is subverted within the new compositions. There is an access and ease to these pieces whose process pilfers the representational ready-made of artistic currency.

Teresa Seemann has lived and worked in Brooklyn, New York since she moved from Los Angeles after having received her MFA from CalArts. In 1996-97 she attended the Whitney Museum Independent Study Program. She has exhibited at P.S.1’s “Greater New York” and “Animations,” in the New Museum’s Z-Lounge, at the Soap Factory in Minneapolis and at the Kunst-Werke in Berlin (where she lived for one year).