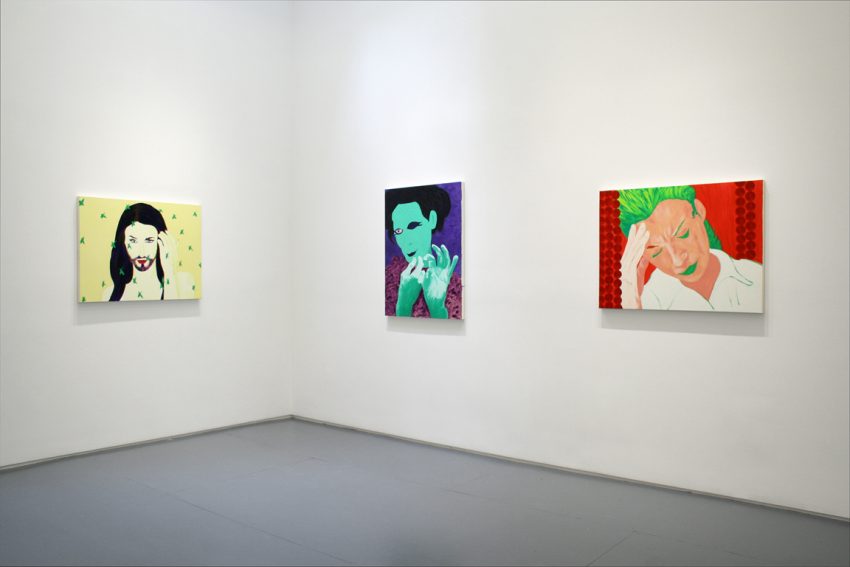 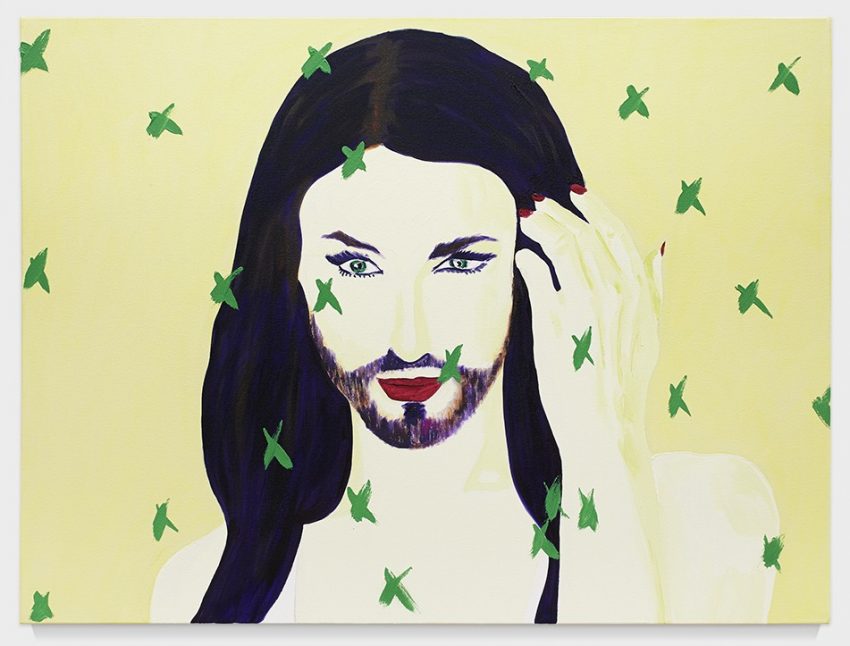 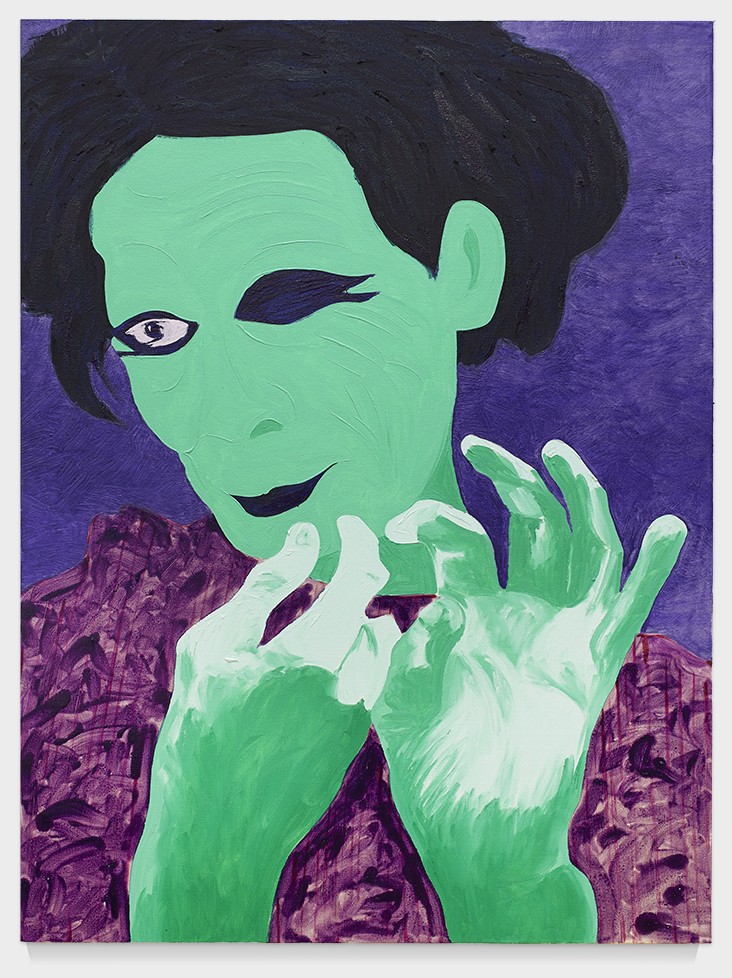 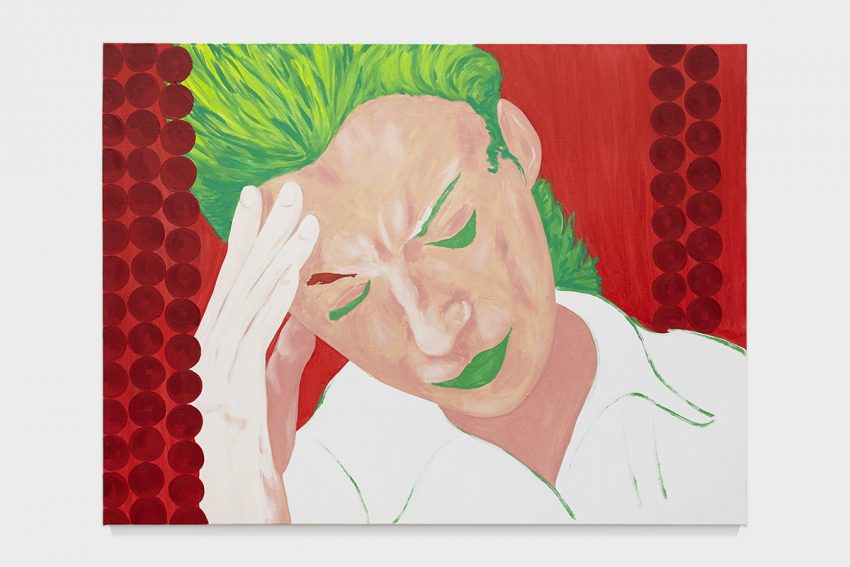 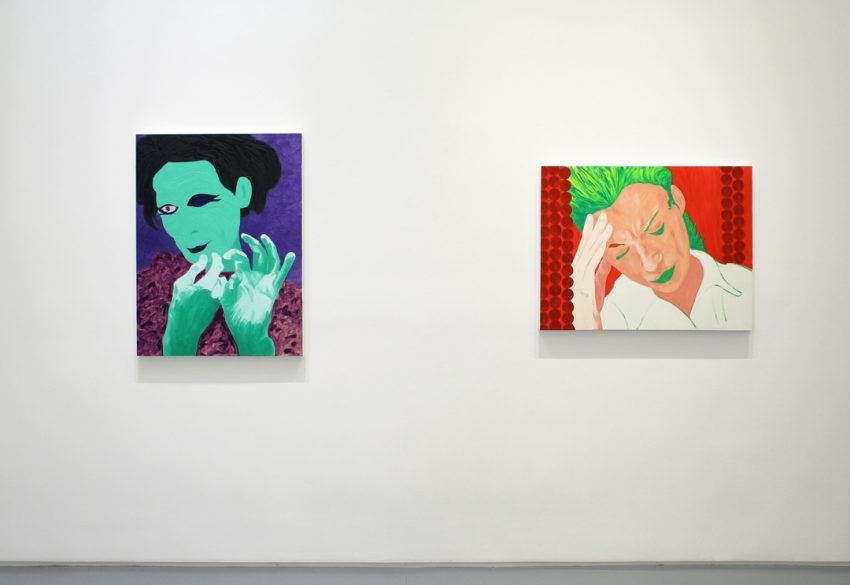 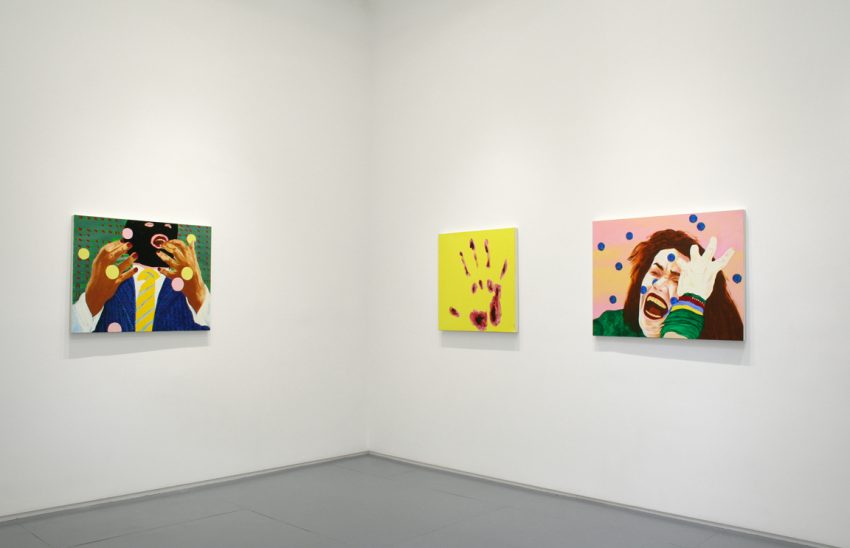 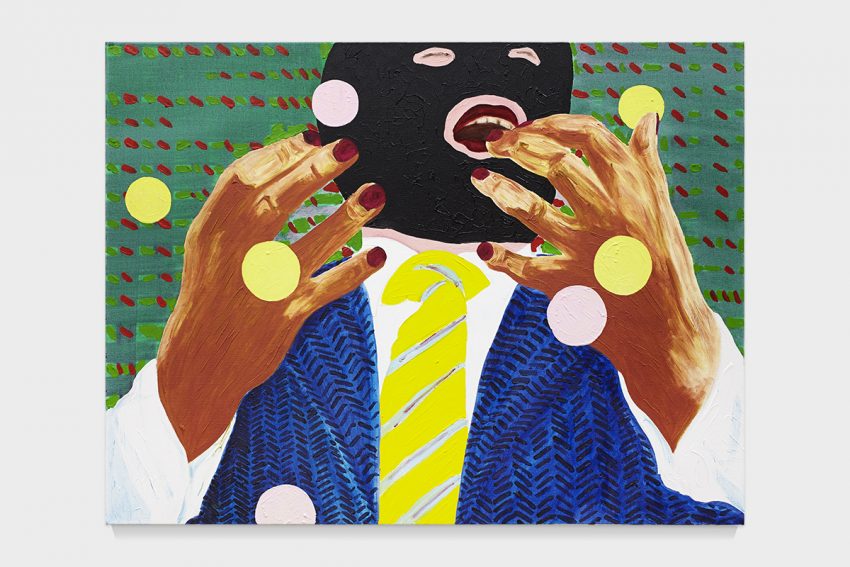 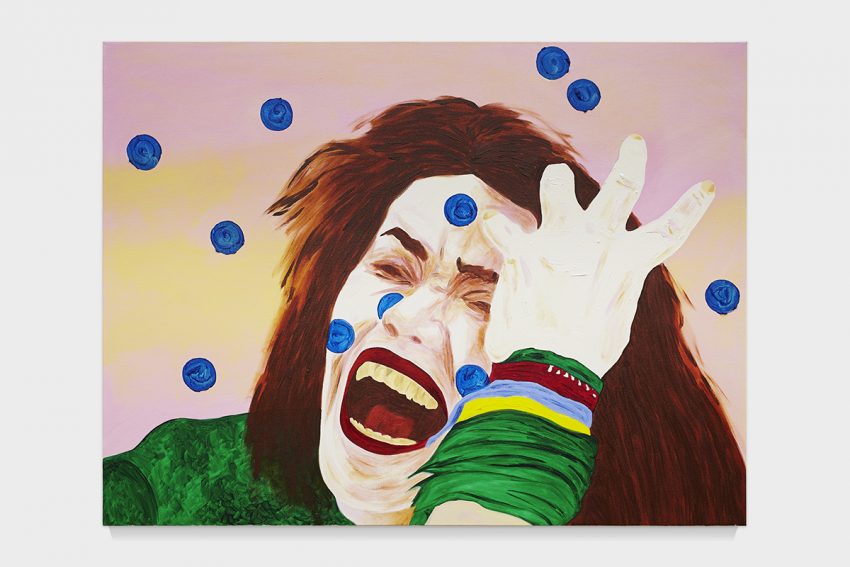 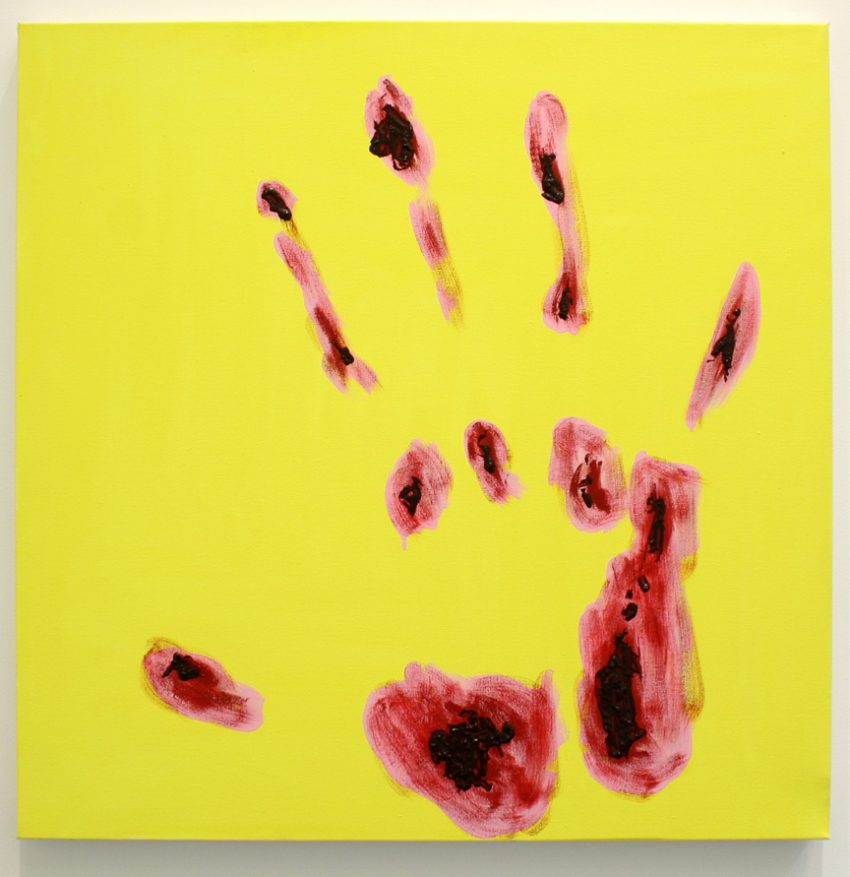 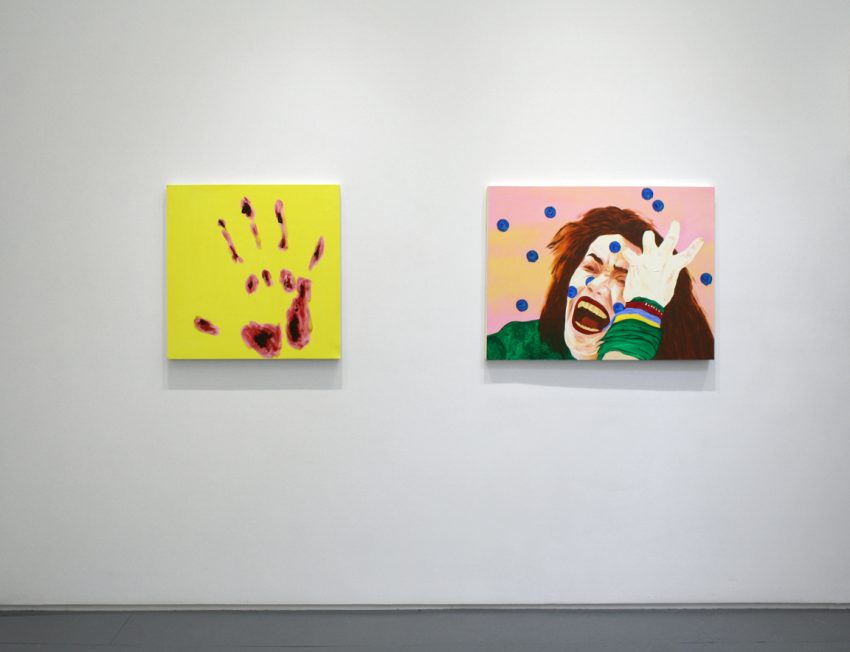 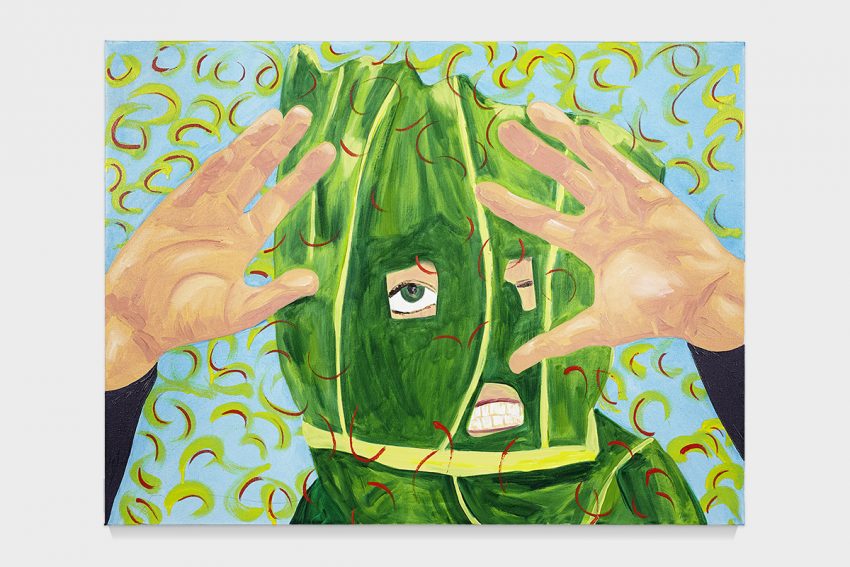 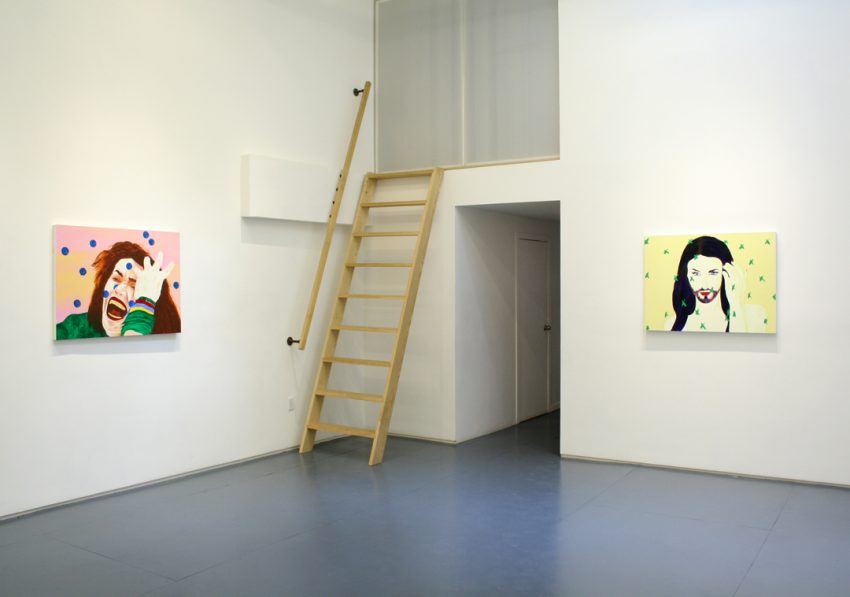 Each painting included in Thomas Lawson’s new show is titled with a Dis- word: Disconnected, Disastrous, Displacement, Disillusionment, suggesting a sense of uncertainty and shift. True to his practice, his most recent series of paintings started from a collection of found images in mainstream news, sports, and entertainment media. Finding himself drawn to figurative images displaying a complexity of expression, Lawson’s resulting paintings each focus on a single figure from torso up, all including faces and hands. In some paintings the hands are clasped, in some they are reaching. A few of the figures have eyes that engage the viewer, while others have no eyes at all.

The works are composed and rendered in a manner that can be peculiar, reflecting an intensity that denies an effortless first read and eschews the decorative in painting. Color plays an important role in conveying emotion in the work. Intense, vibrating hues in contrasting combinations run throughout the series, while colorful patterns complicate the composition, breaking up the surface and disrupting the depth of field. Though the sizes of the canvas are modest, the images are larger than life.

Thomas Lawson’s paintings are powerful pictures in an era of image ubiquity.

Thomas Lawson has exhibited extensively in the United States and internationally. His most recent solo shows have been at David Kordansky Gallery in Los Angeles (2012), and Participant, Inc. in New York City (2009). His work was included in survey exhibition “The Pictures Generation” at the Metropolitan Museum of Art in 2009 and “Made in L.A. 2012,” at Hammer Museum, Los Angeles. Lawson has also authored or edited many essays, anthologies, and periodicals, including, with Susan Morgan, the seminal REALLIFE Magazine. Lawson is the Dean of the School of Art at the California Institute for the Arts, and editor-in-chief of East of Borneo.

An exhibition catalog including new writings by Lawson will be available at the gallery during the show.