Whisper In My Ear and Tell Me Softly 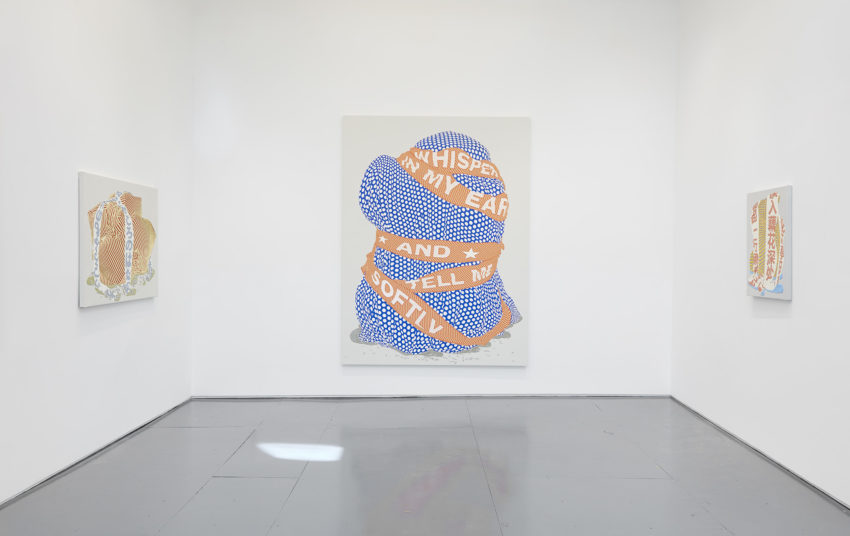 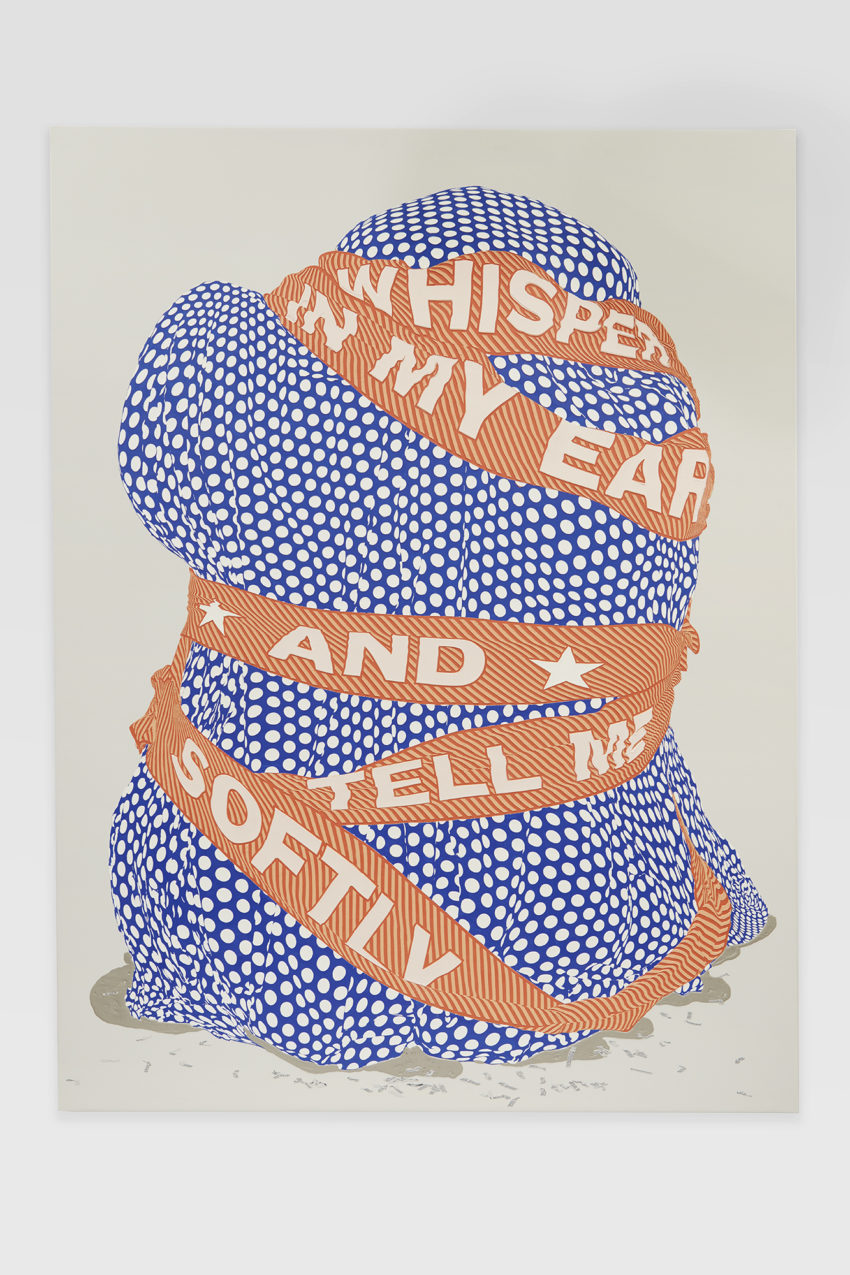 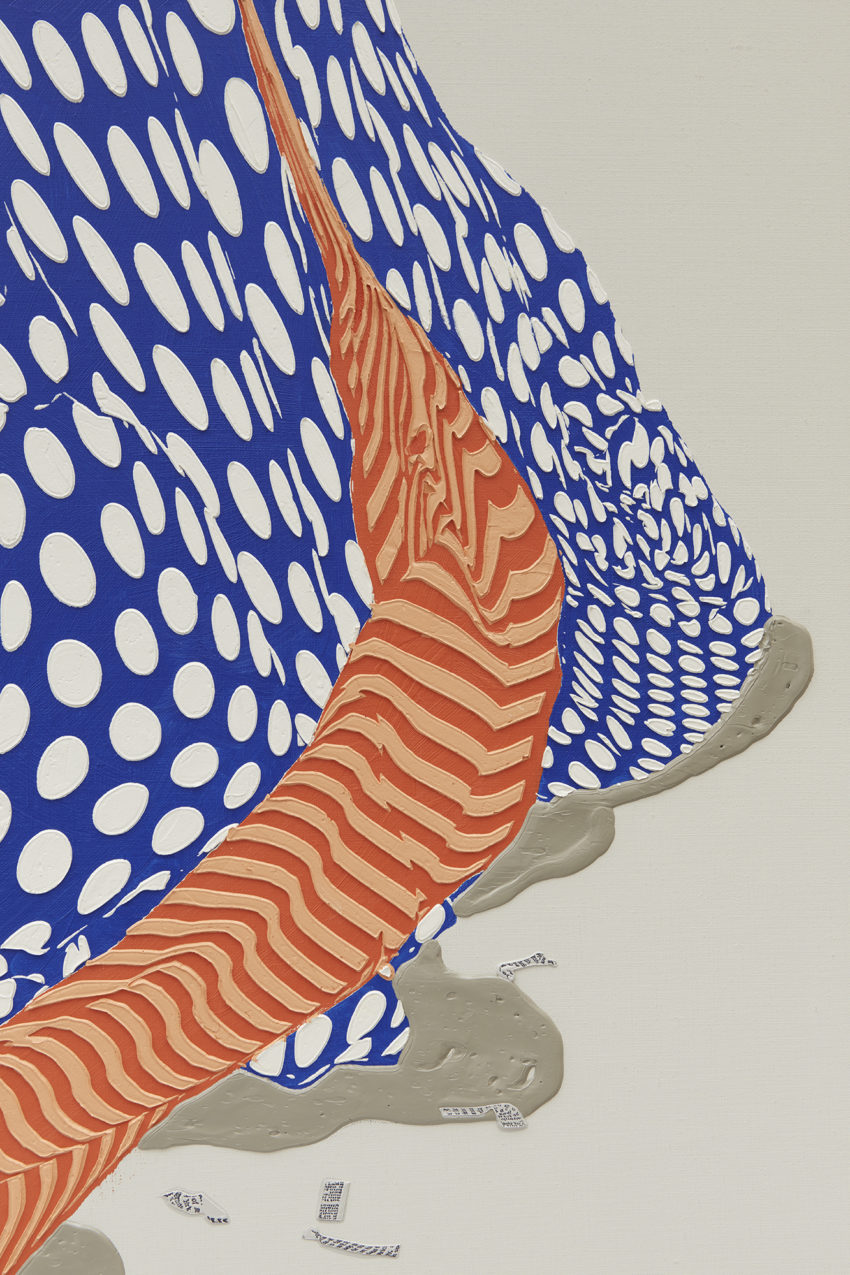 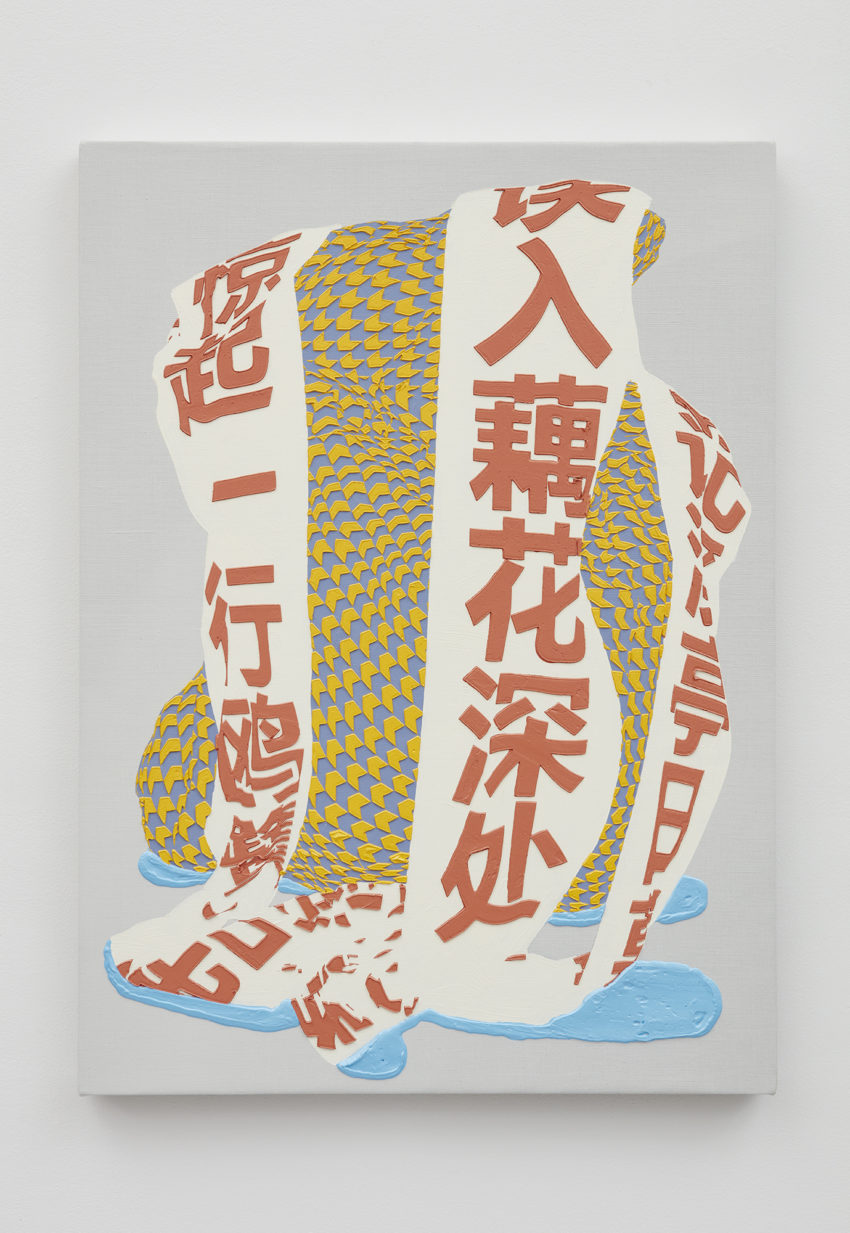 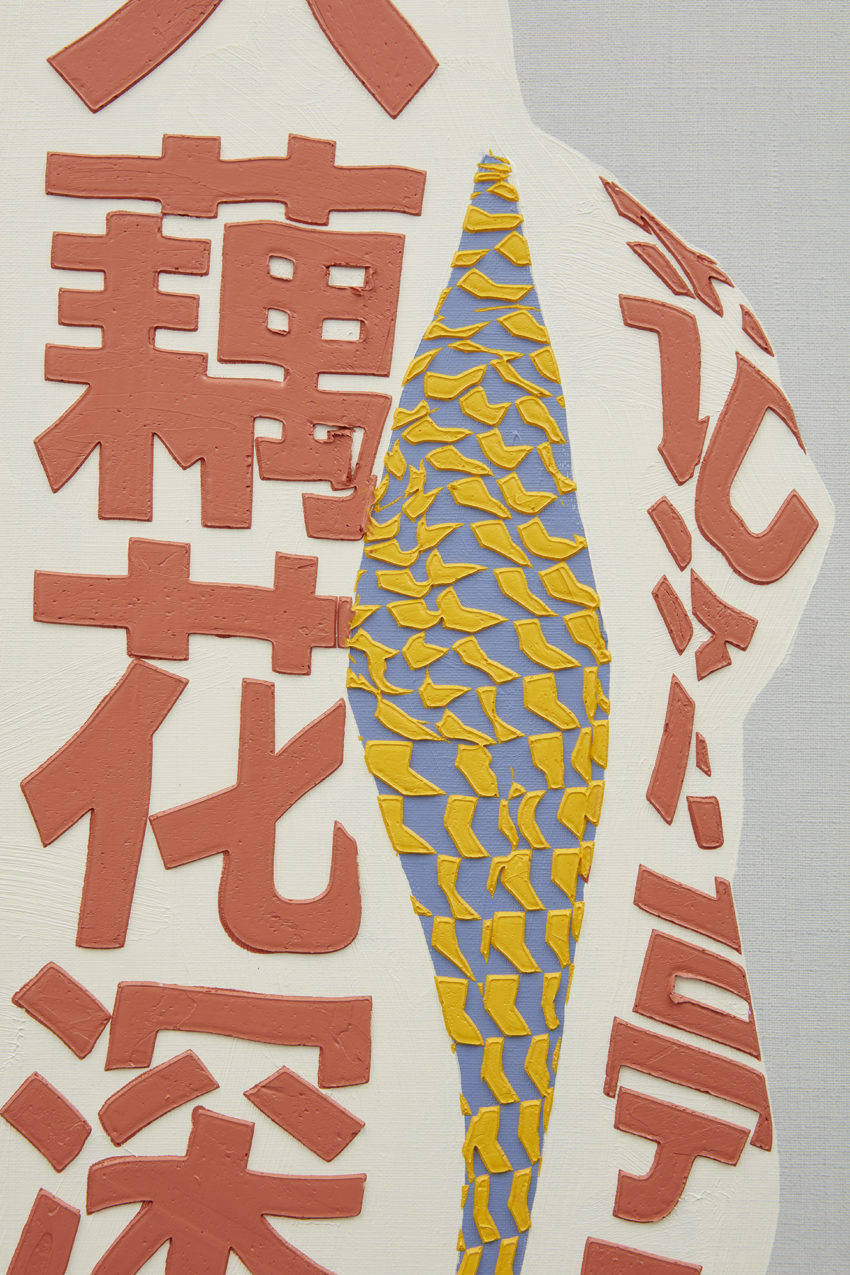 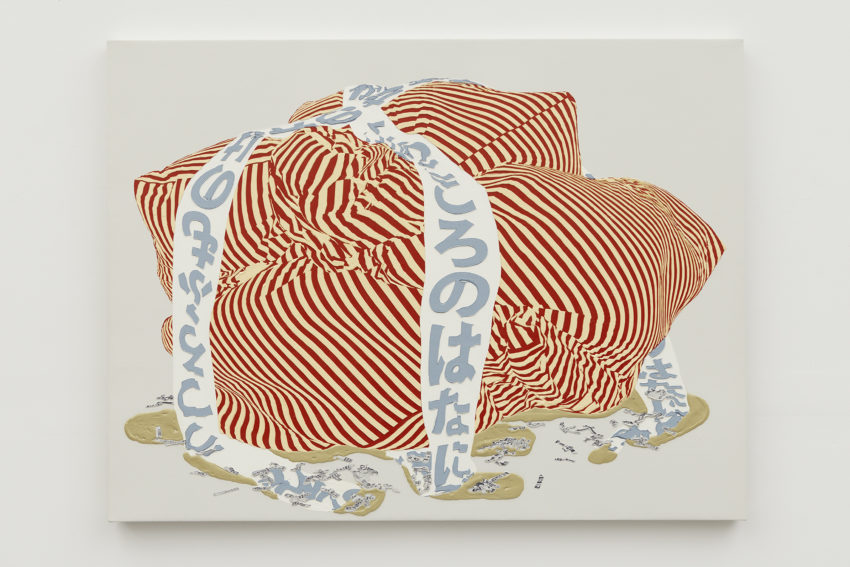 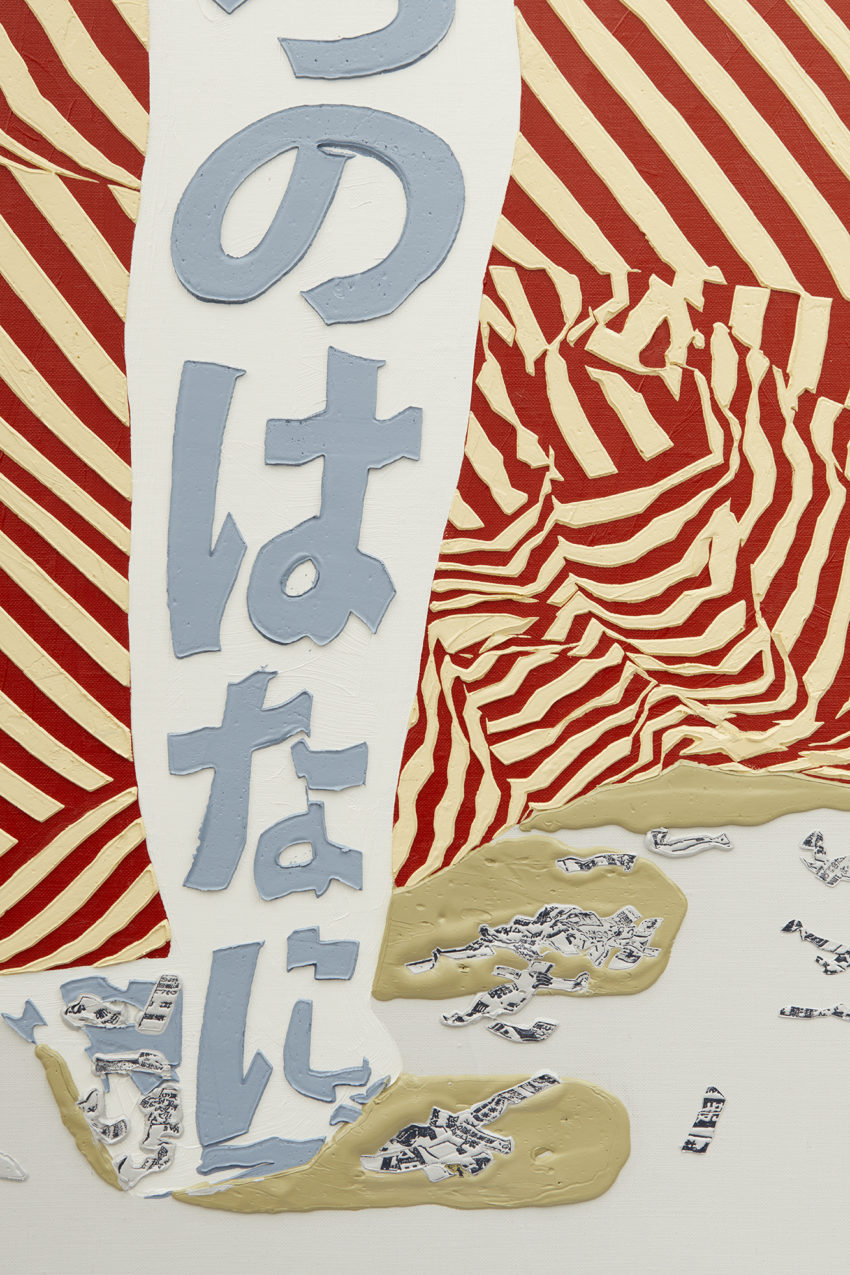 Alex Dodge, The flower of the human heart (Ono no Komachi) (detail), oil on linen alex-dodge-4419 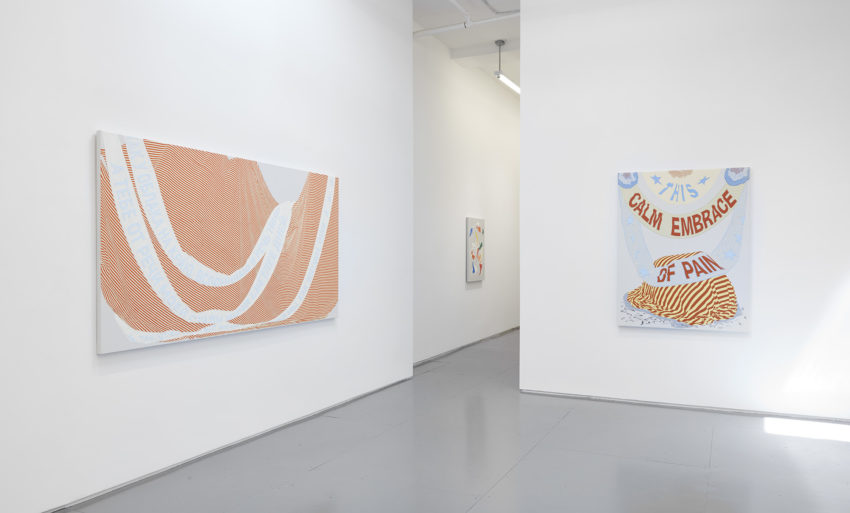 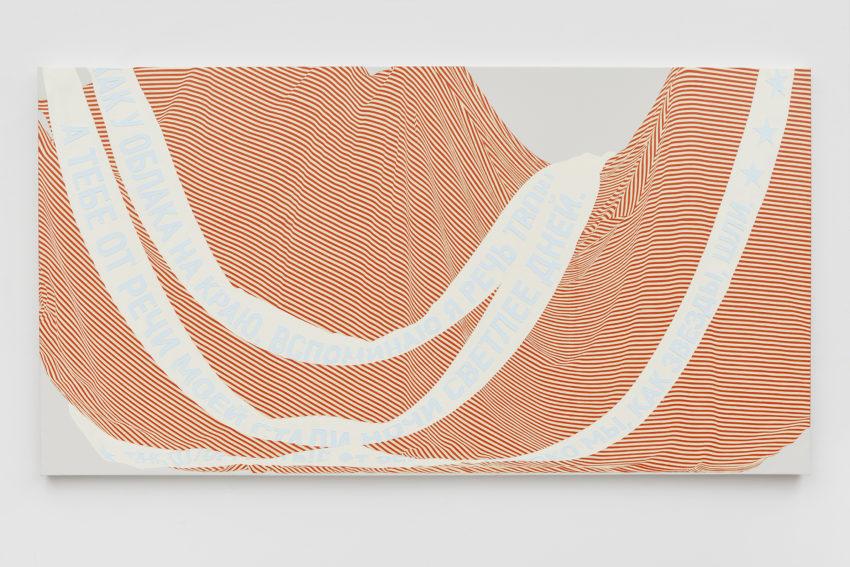 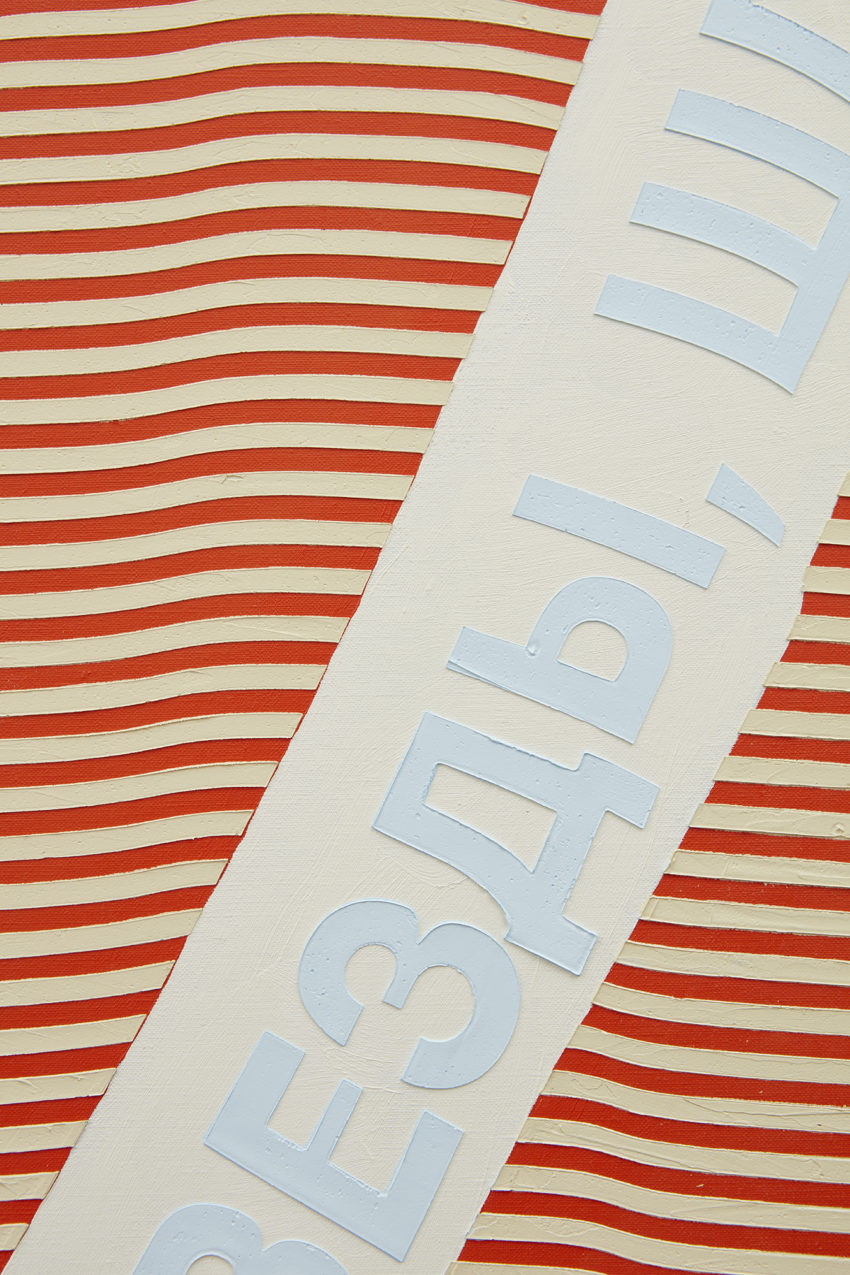 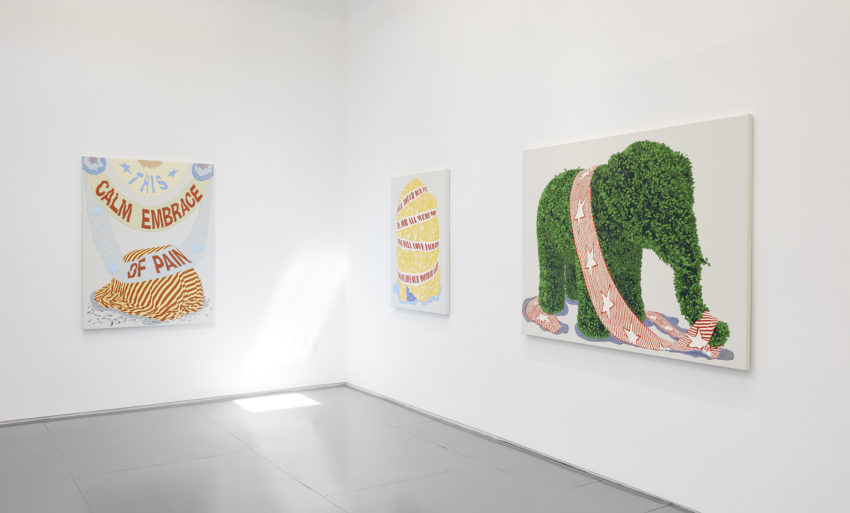 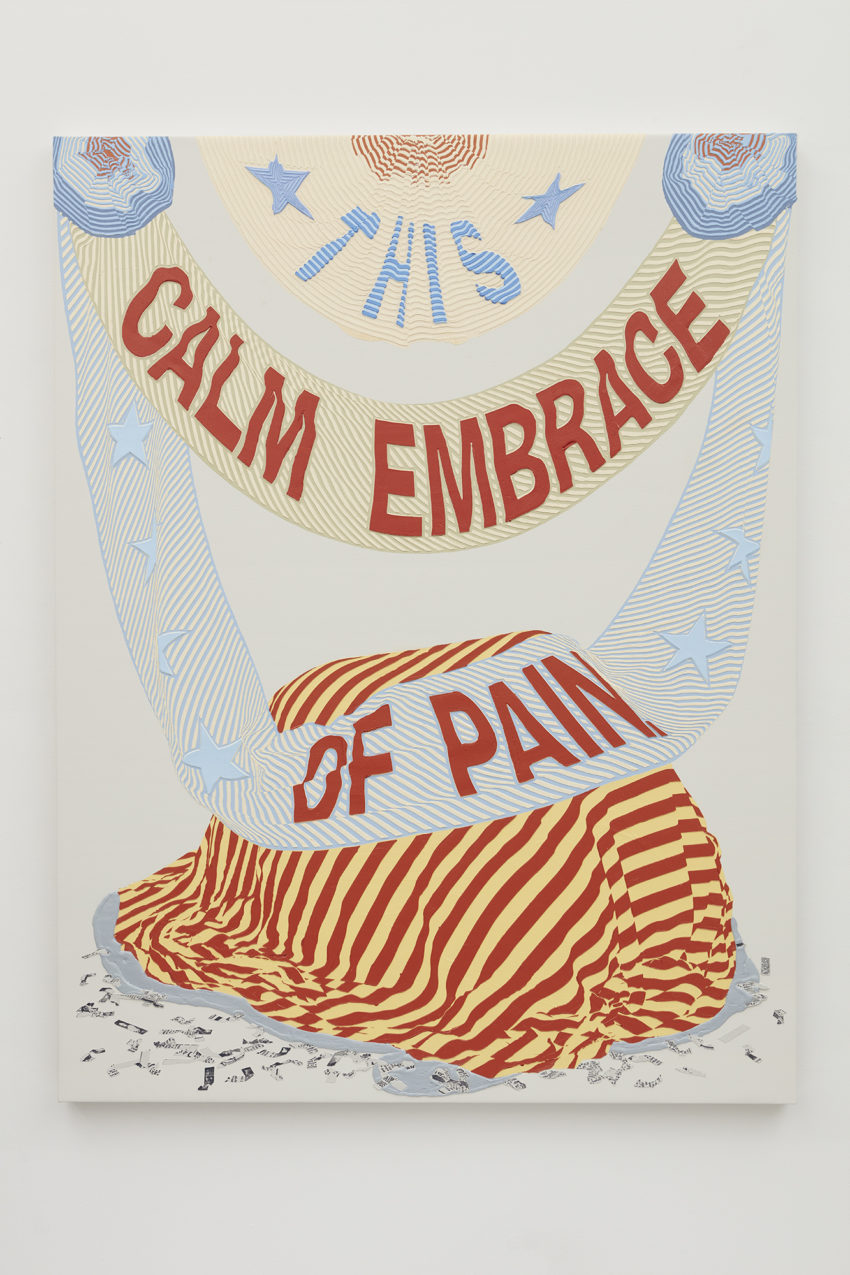 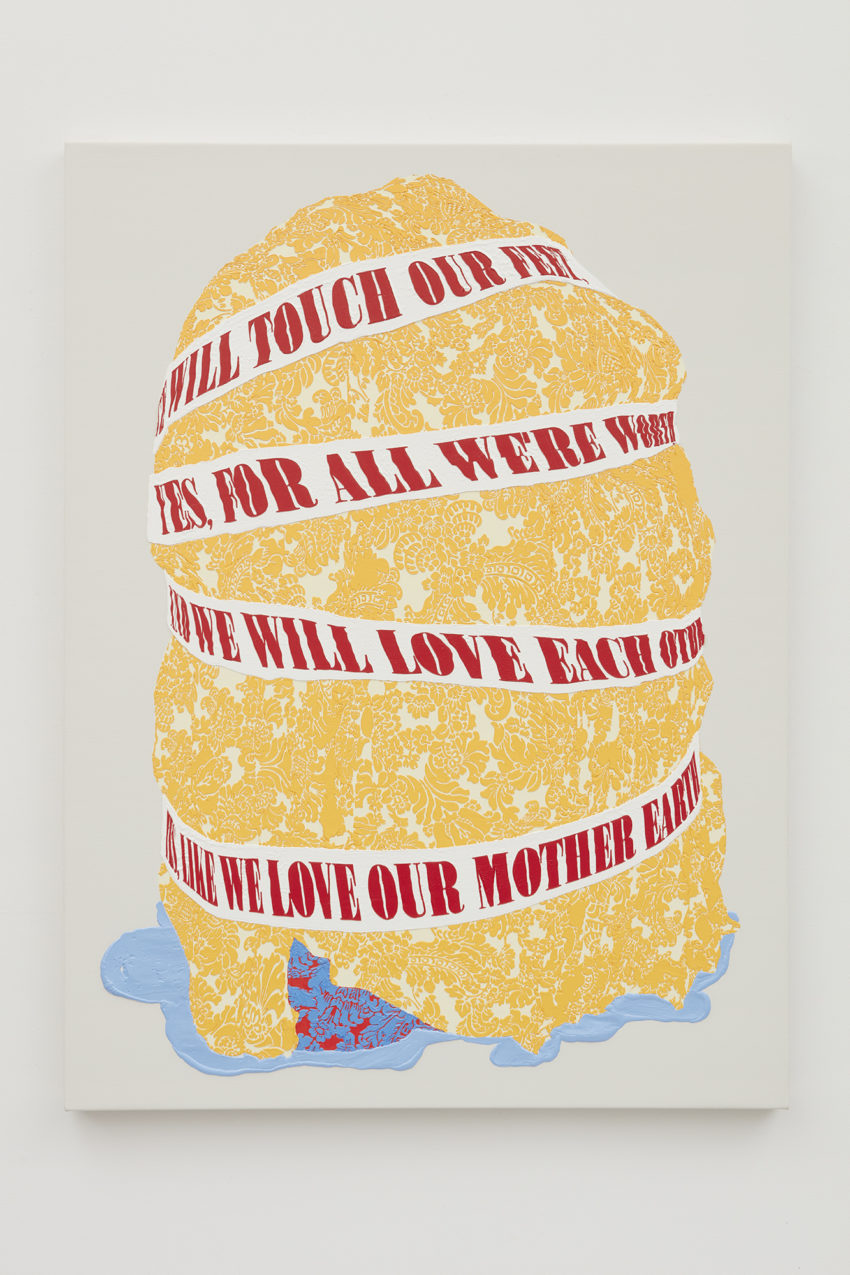 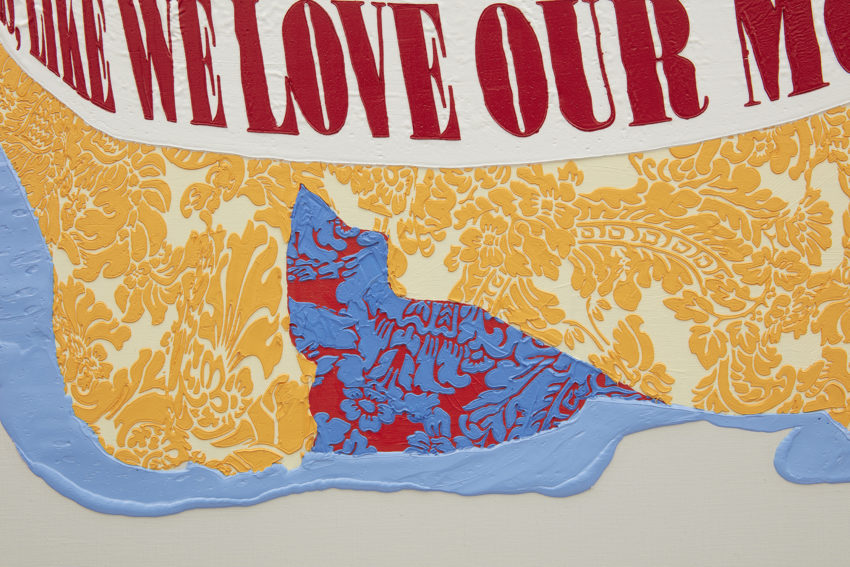 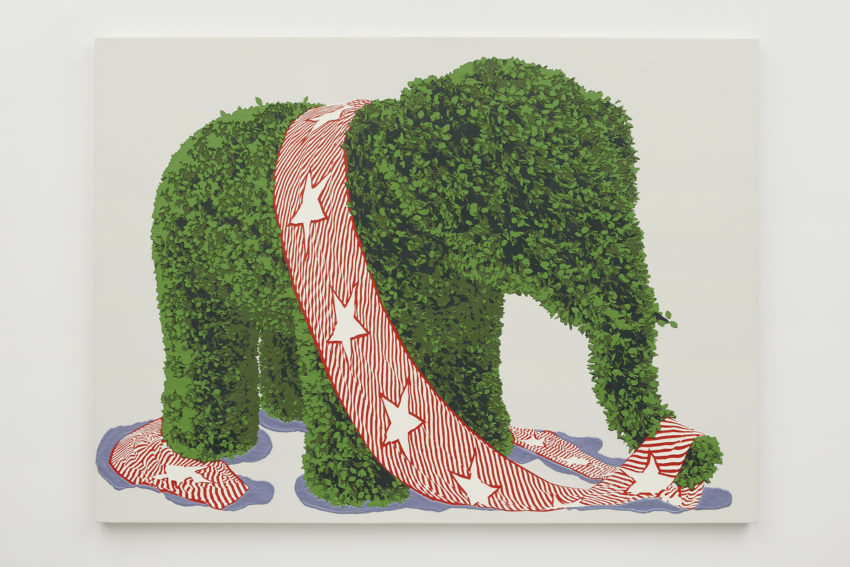 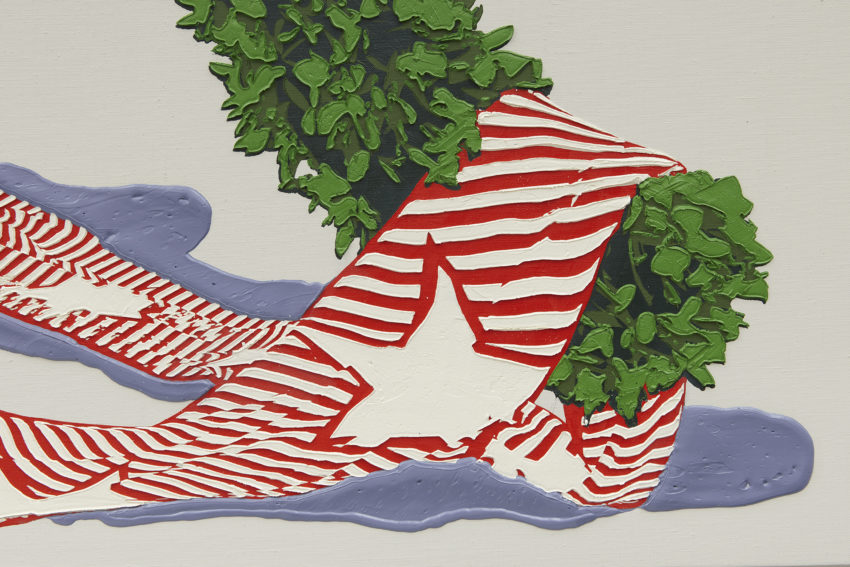 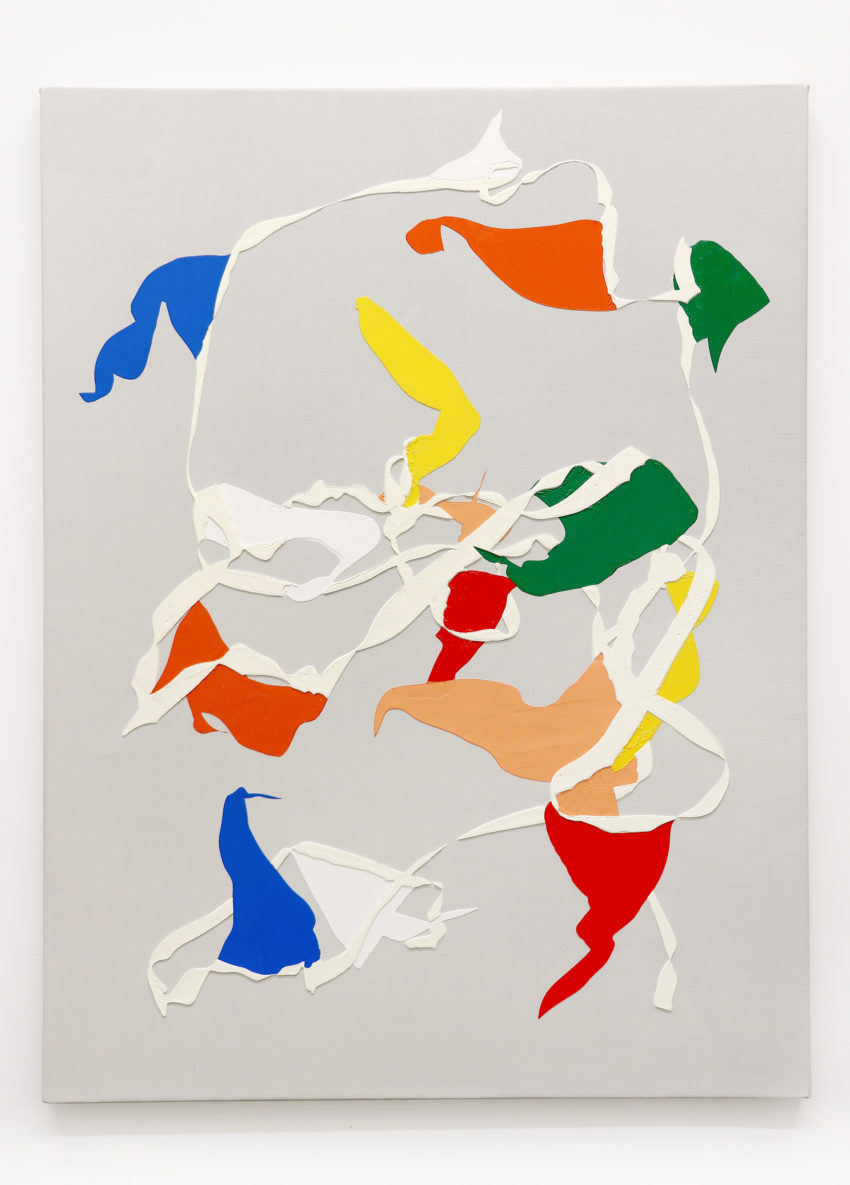 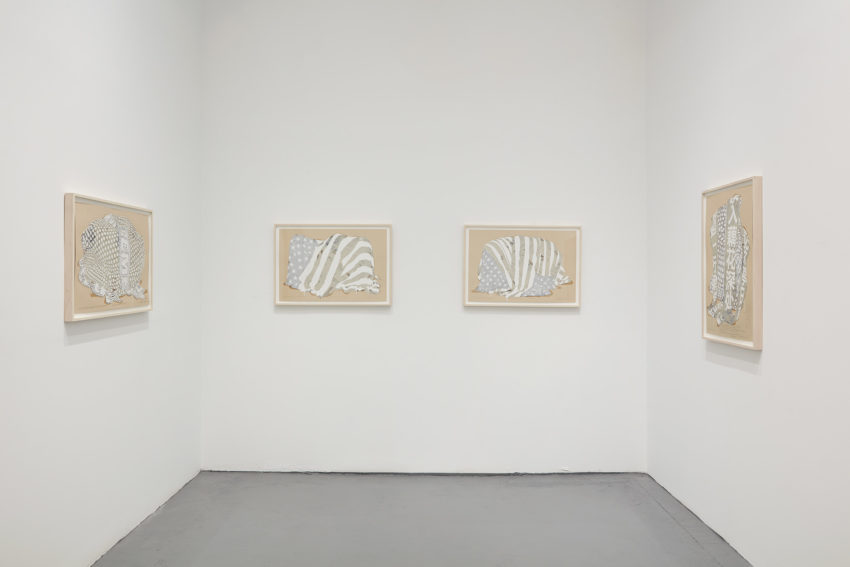 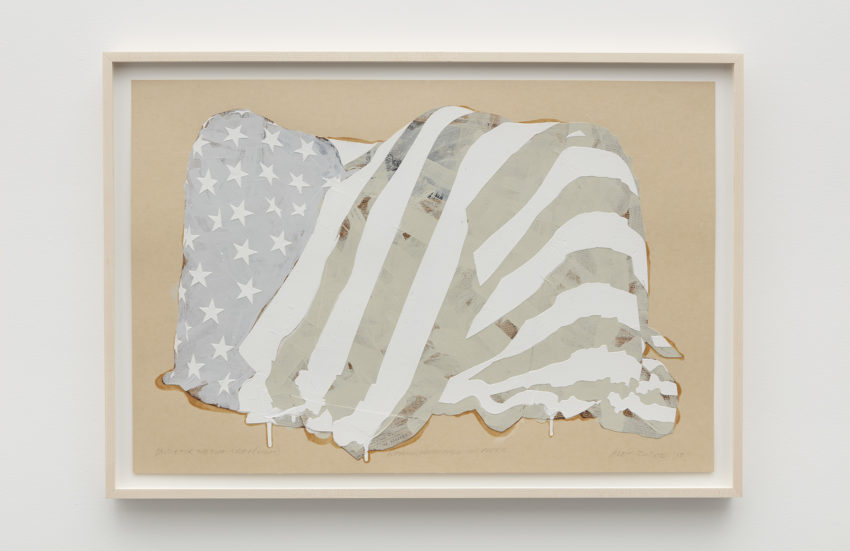 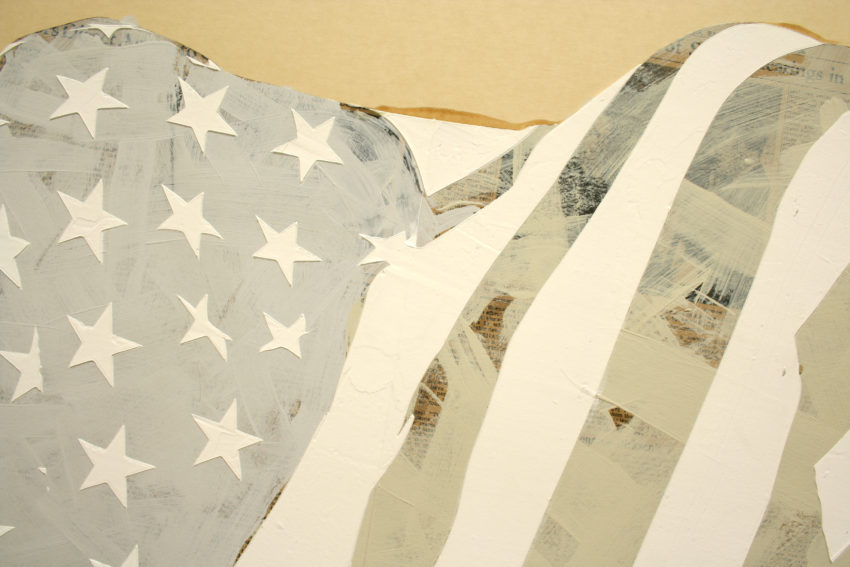 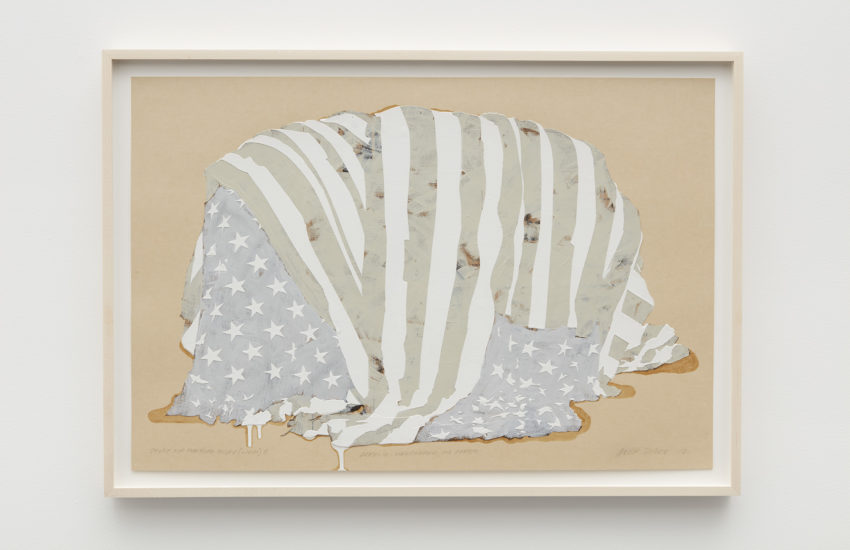 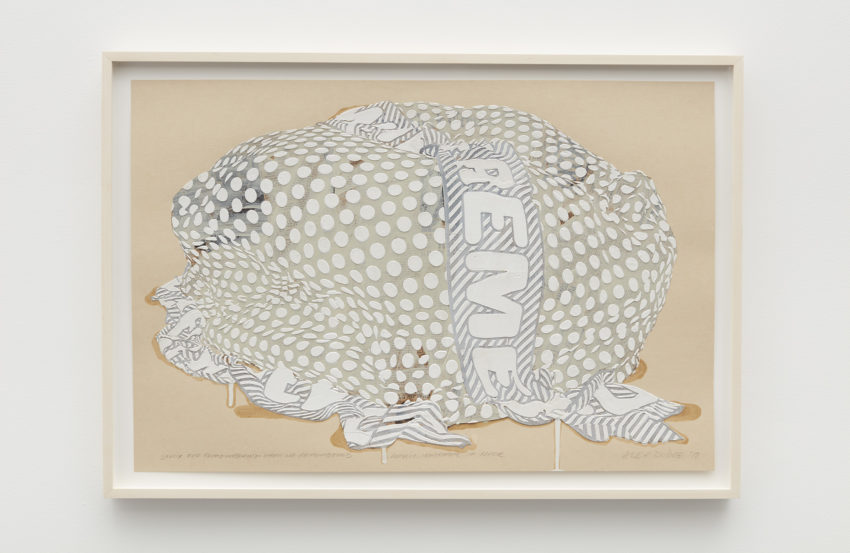 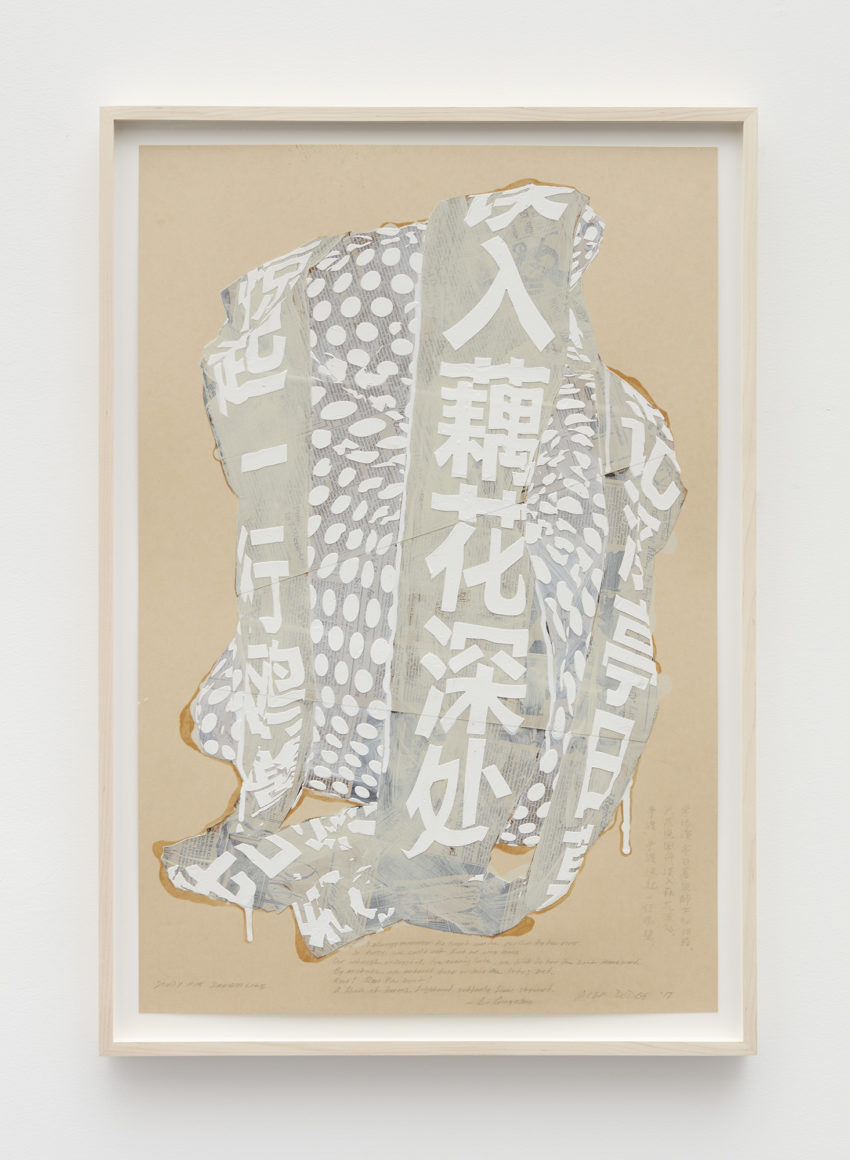 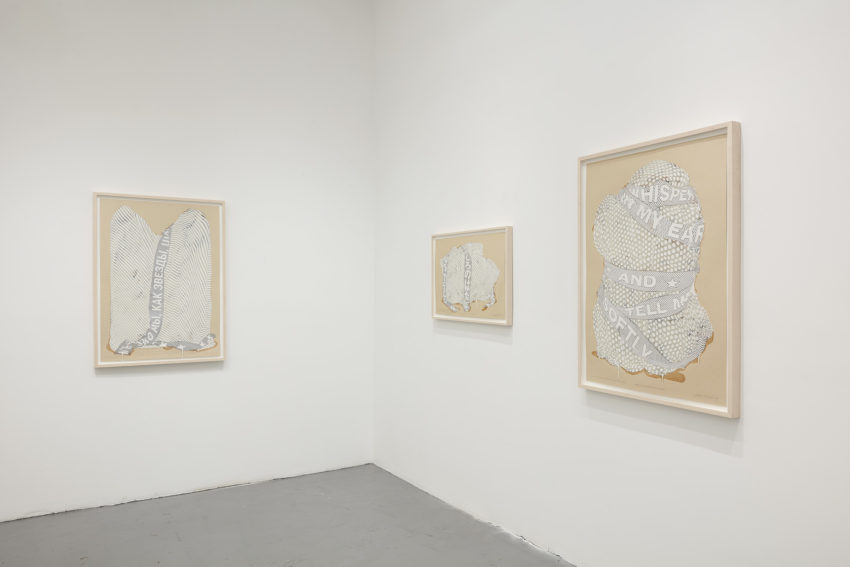 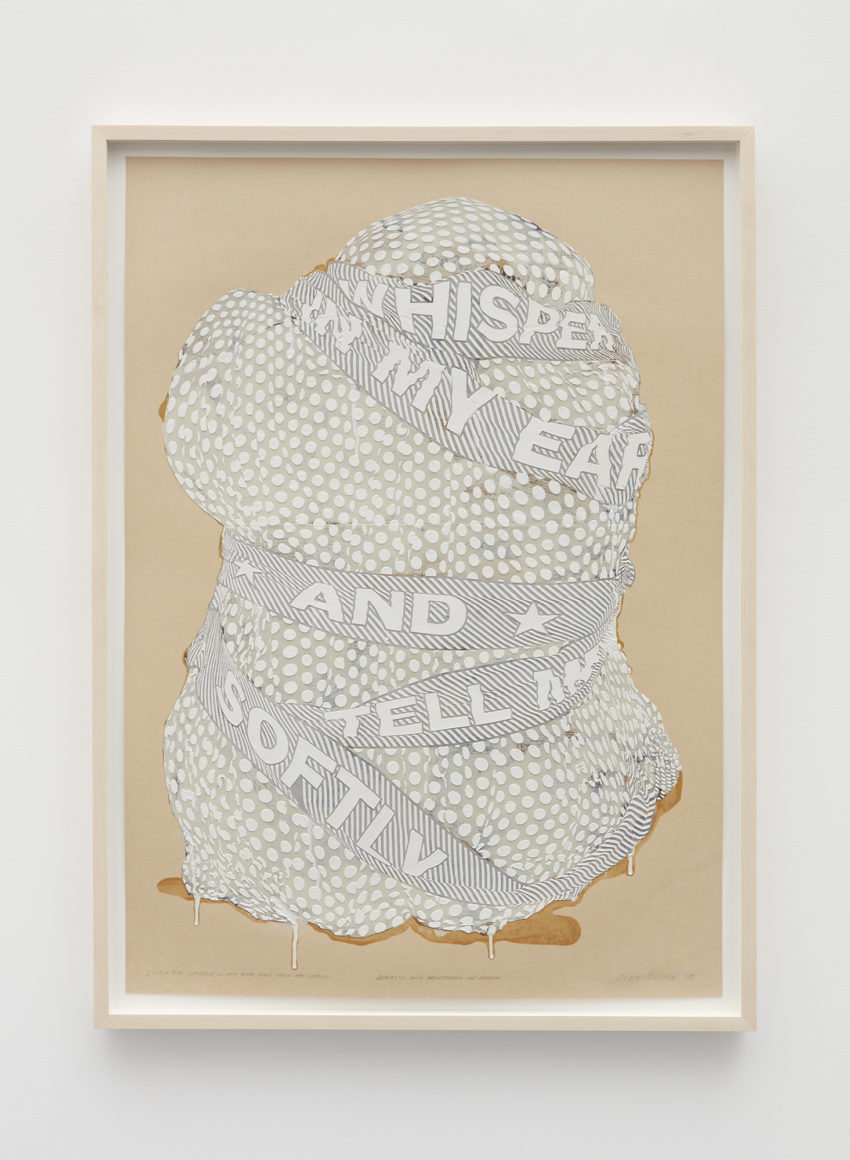 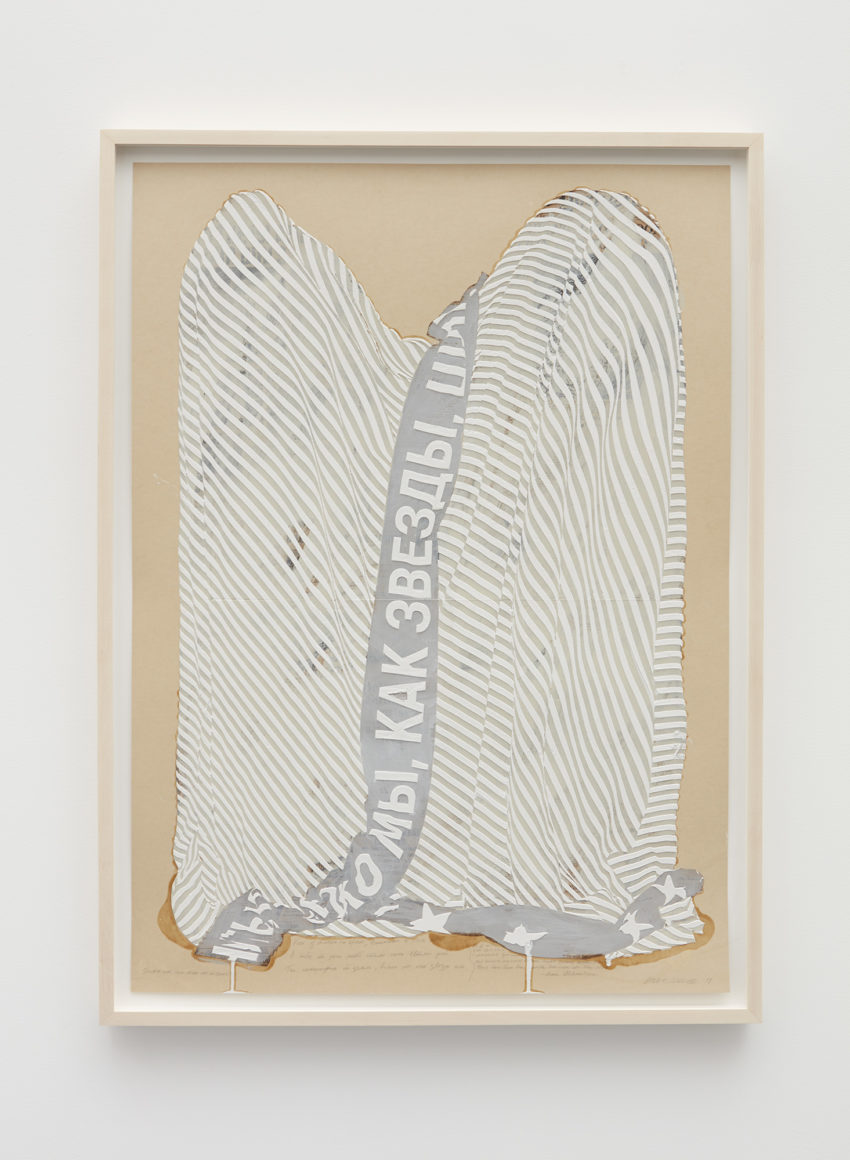 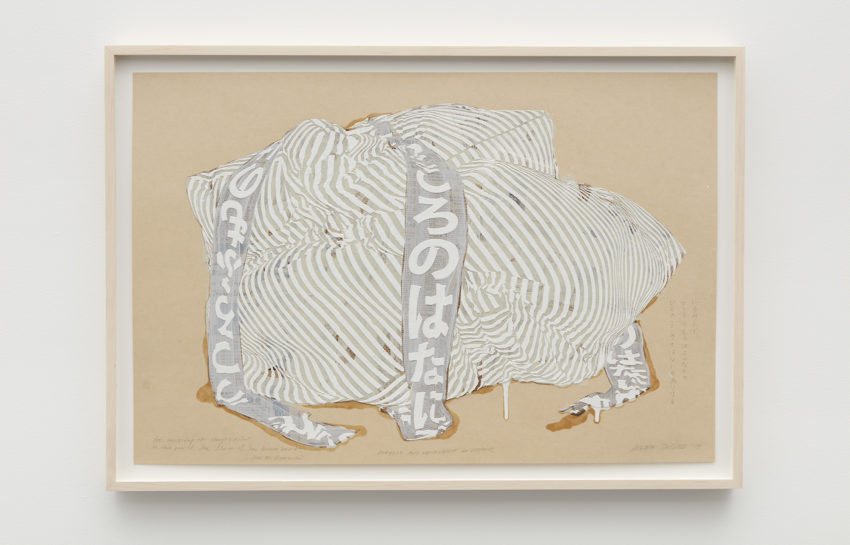 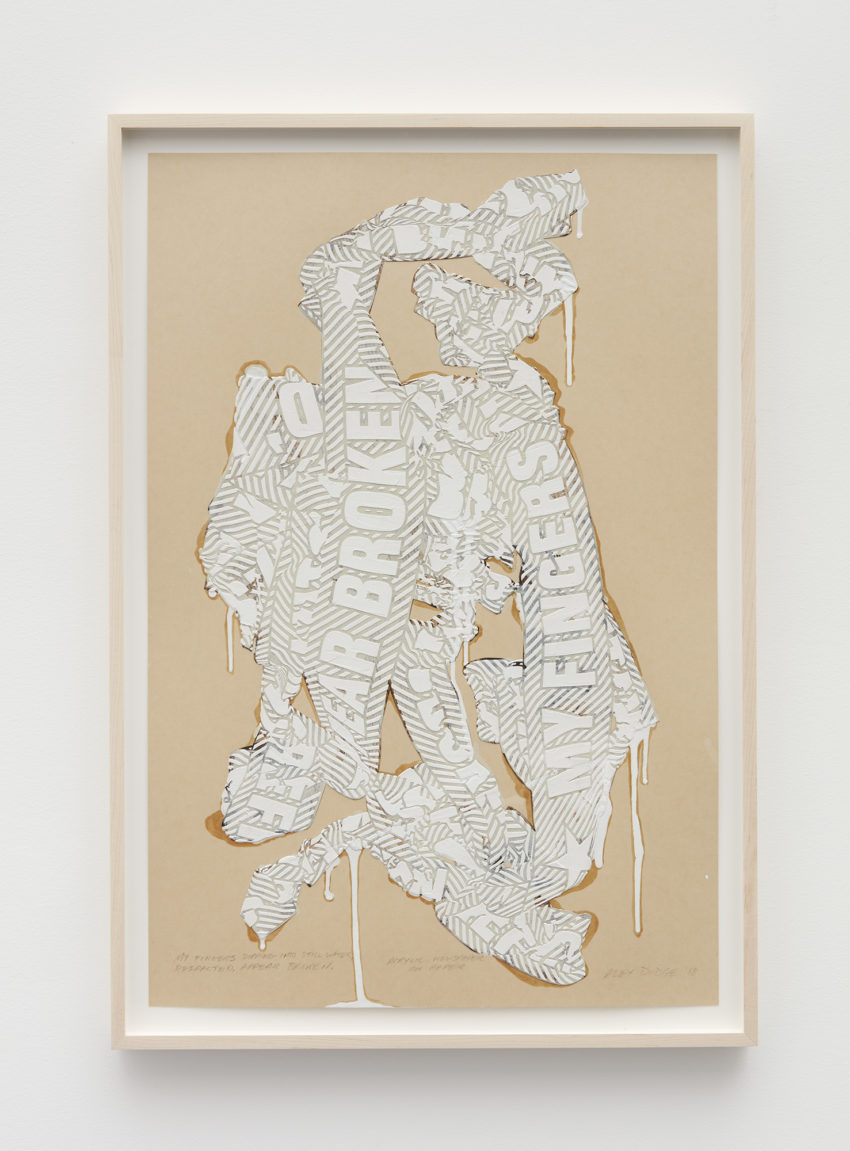 Klaus von Nichtssagend will open its new season on September 7 with a show of paintings and works on paper by Alex Dodge.  A reception for the artist will be held on Friday, September 7 from 6-8PM at the gallery. With this exhibition, Dodge expands his practice of working at the intersection of cutting edge technological innovation and traditional art-making techniques.  This body of work introduces textual elements, incorporating glimpses of poetic verse and overlaying letterform in paint onto other graphic elements such as billowing fabric patterns and draped bunting.

While Dodge originates his forms through 3D-modeling and virtual physics simulation, they are ultimately executed with a hand-stenciling technique similar to the Japanese textile dye-resist process called Katazome. Dodge pushes oil paint by hand through laser cut stencils onto his canvas; the results leave thick layers of complicated patterning that sit elevated upon the surface. The images create perspectival vicissitudes in patterns from polka dots to damask to herringbone, with the ribbon, bunting, and text elements belted over the bulging contours of the fabric.  The textiles in Dodge’s paintings envelope ambiguous forms, suggesting figure, objects or expanding liquids in motion. Each text line draped atop the forms is culled from classical poems in several languages including Russian, Chinese, Japanese and English, each chosen by Dodge because of the emotions they register in his mind. The show will feature a series of new works on paper in which acrylic paint is applied over layers of collaged newsprint. Like the paintings, each work on paper depicts poetic verse draped over textiles, crossing metaphorically between digital and analog, simulated and real.  Translations are written by hand at the base of the works on paper, illuminating Dodge’s connection to the visual imagery.

Alex Dodge lives and works in Brooklyn, New York.  He holds degrees from the Rhode Island School of Design (BFA) and the New York University Interactive Telecommunication Program (MPS). His work is in the collections of the Museum of Modern Art, the Whitney Museum of American Art, the Metropolitan Museum of Art, and the Museum of Fine Arts Boston. He is the recipient of the 2016 Japan U.S. Friendship Commission Creative Artist Exchange Fellowship. This September Dodge will have work in “Programmed: Rules, Codes, and Choreographies in Art, 1965–2018” at the Whitney Museum of American Art. This is his fifth solo exhibition at Klaus von Nichtssagend.