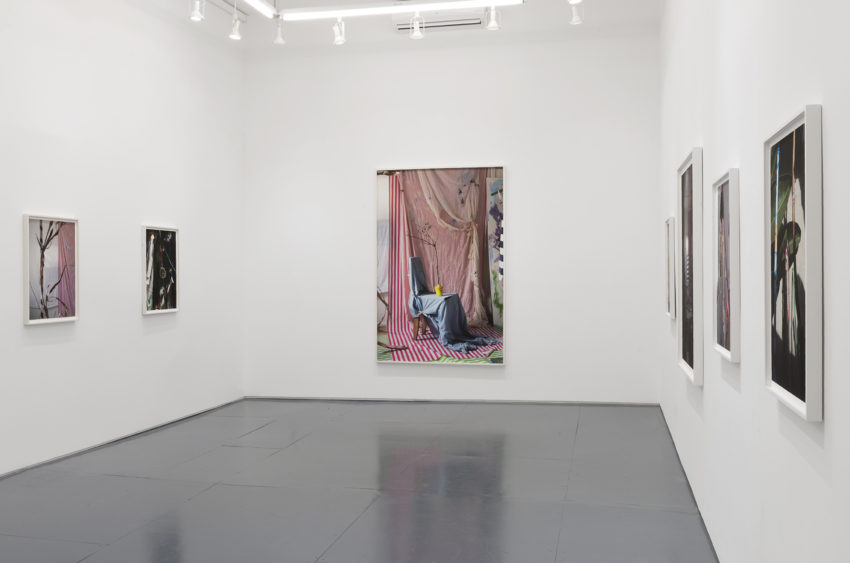 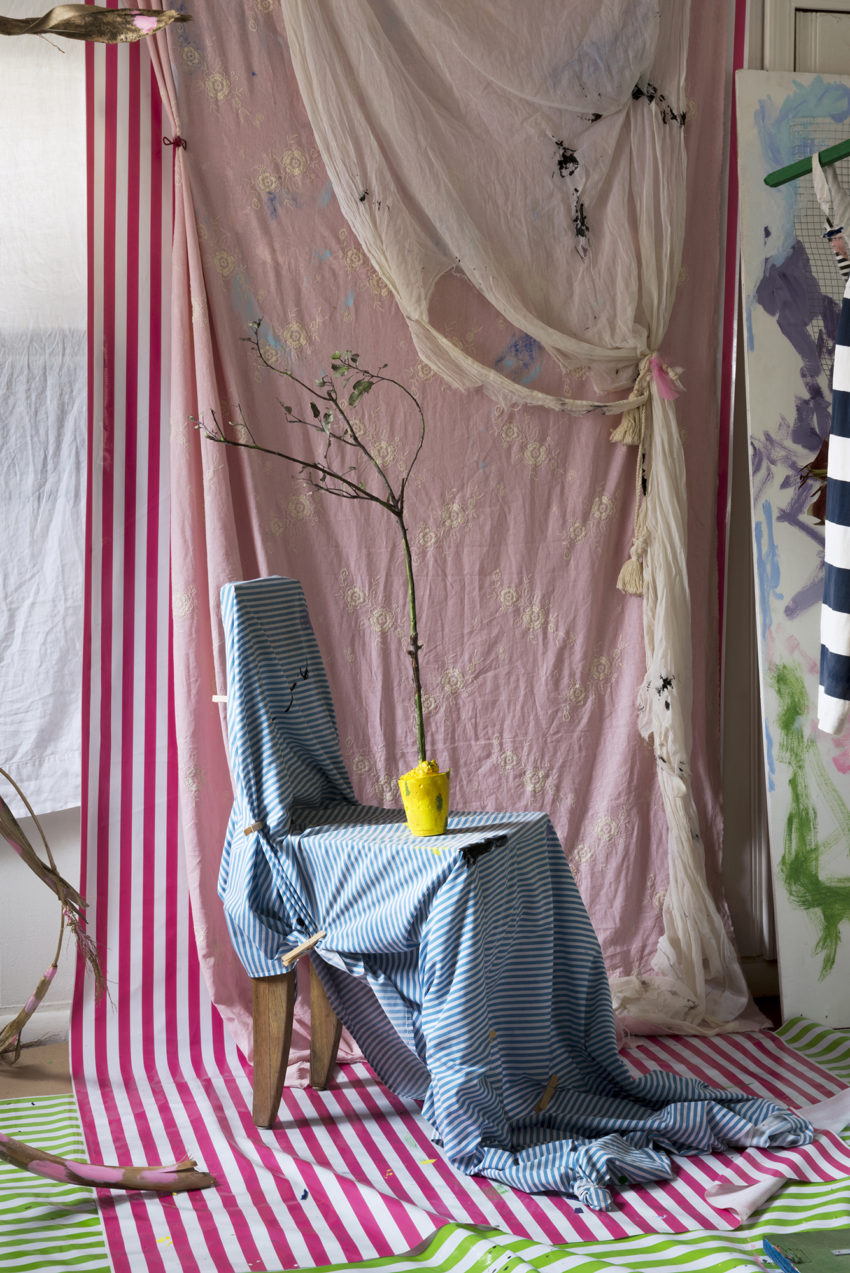 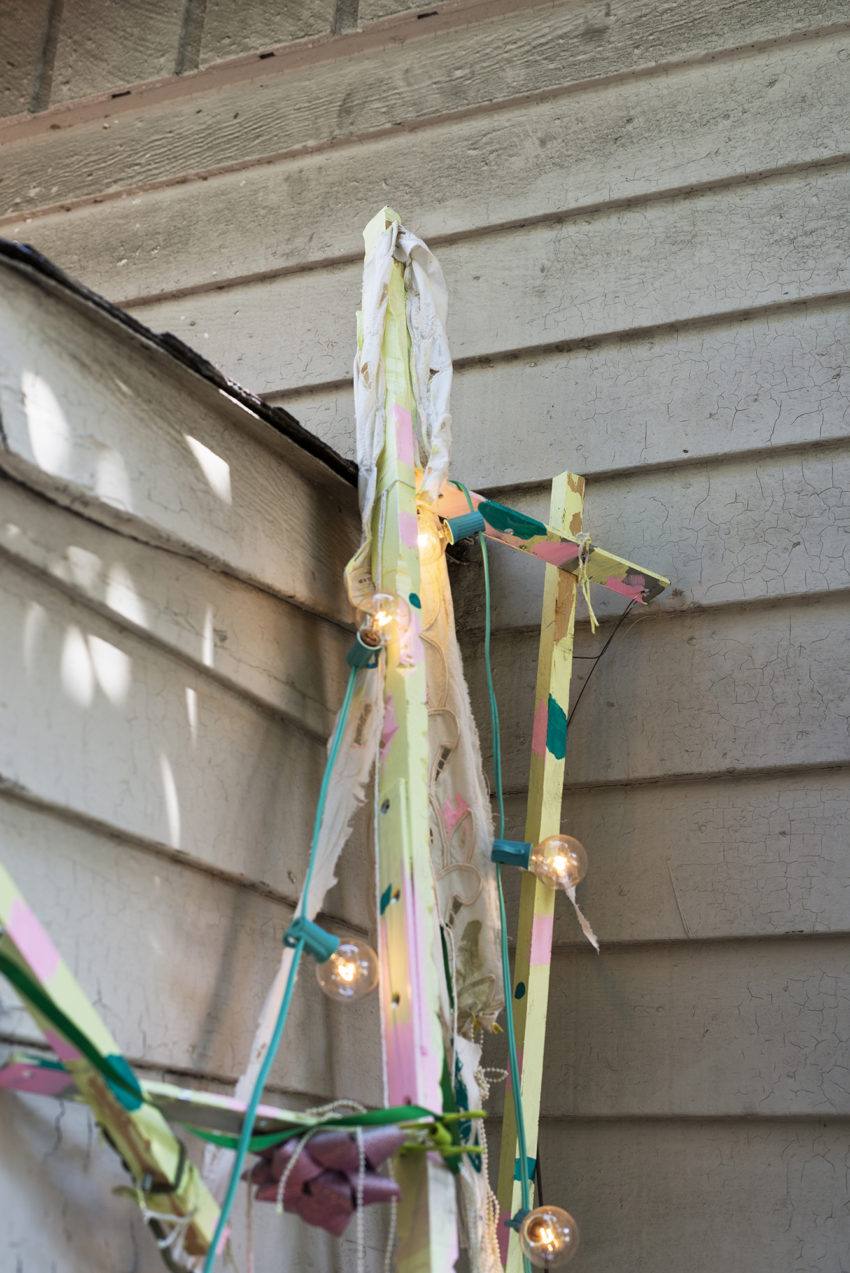 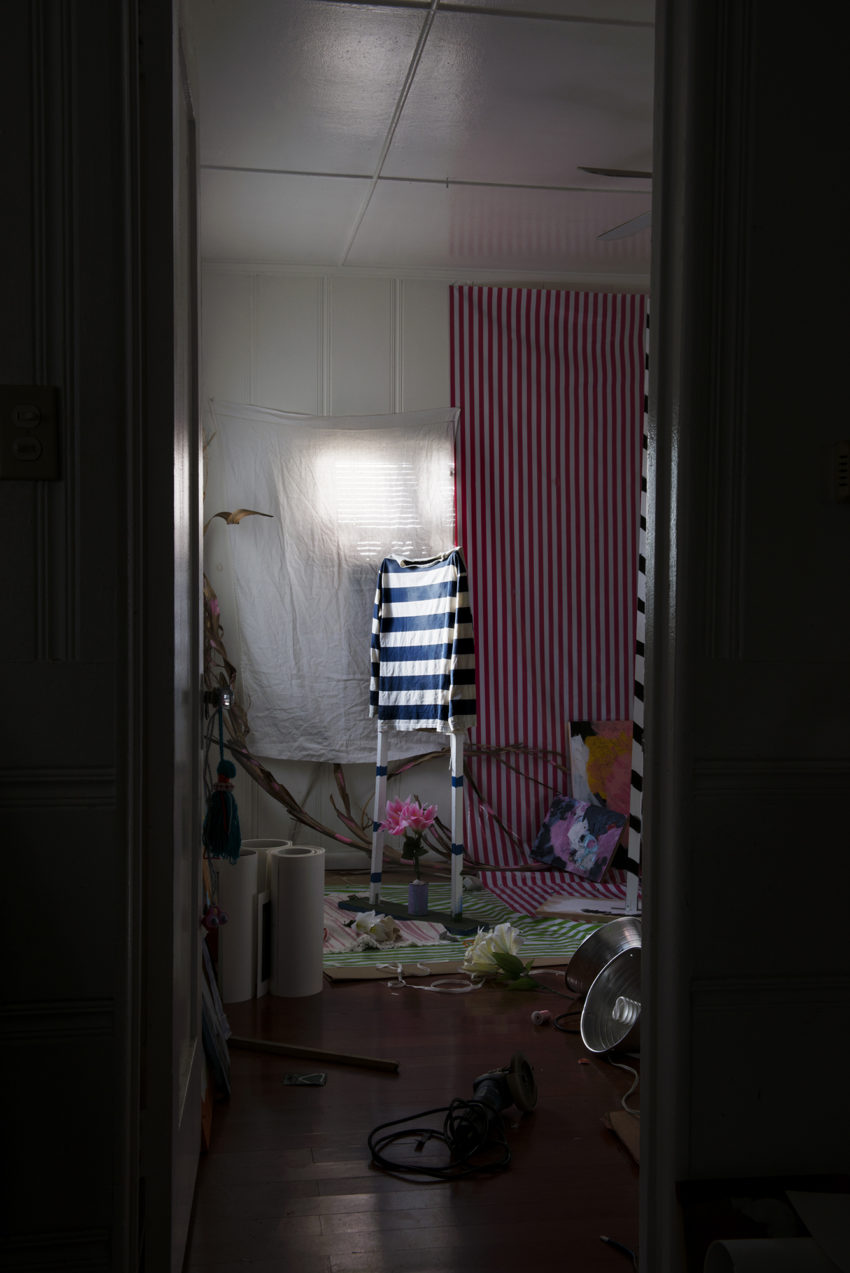 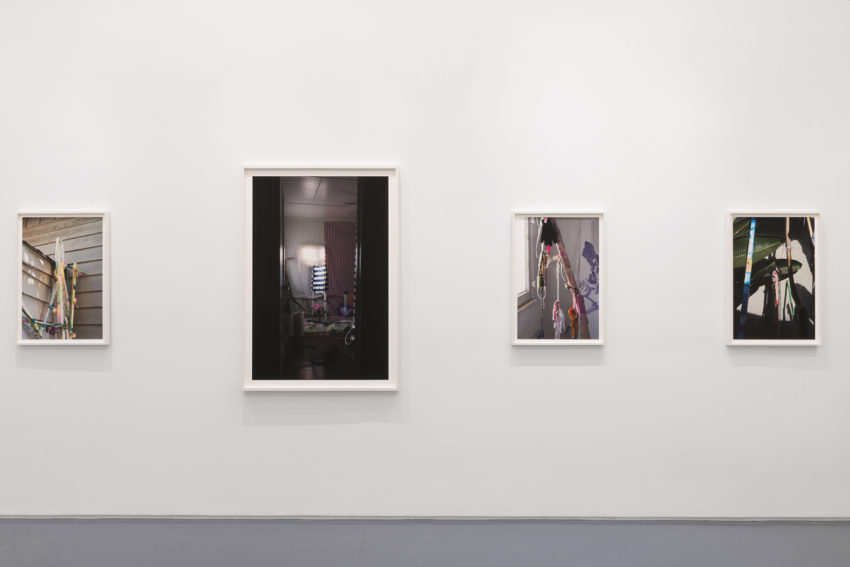 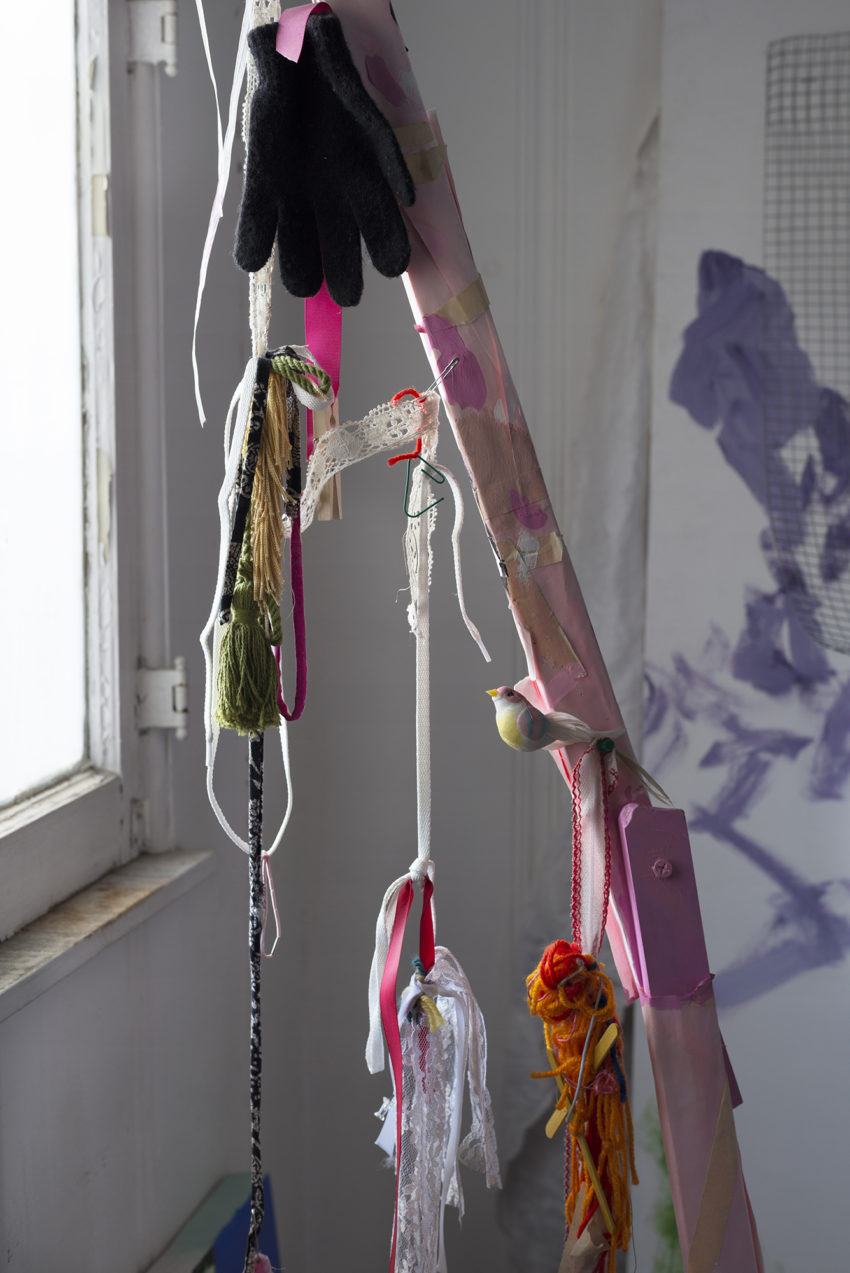 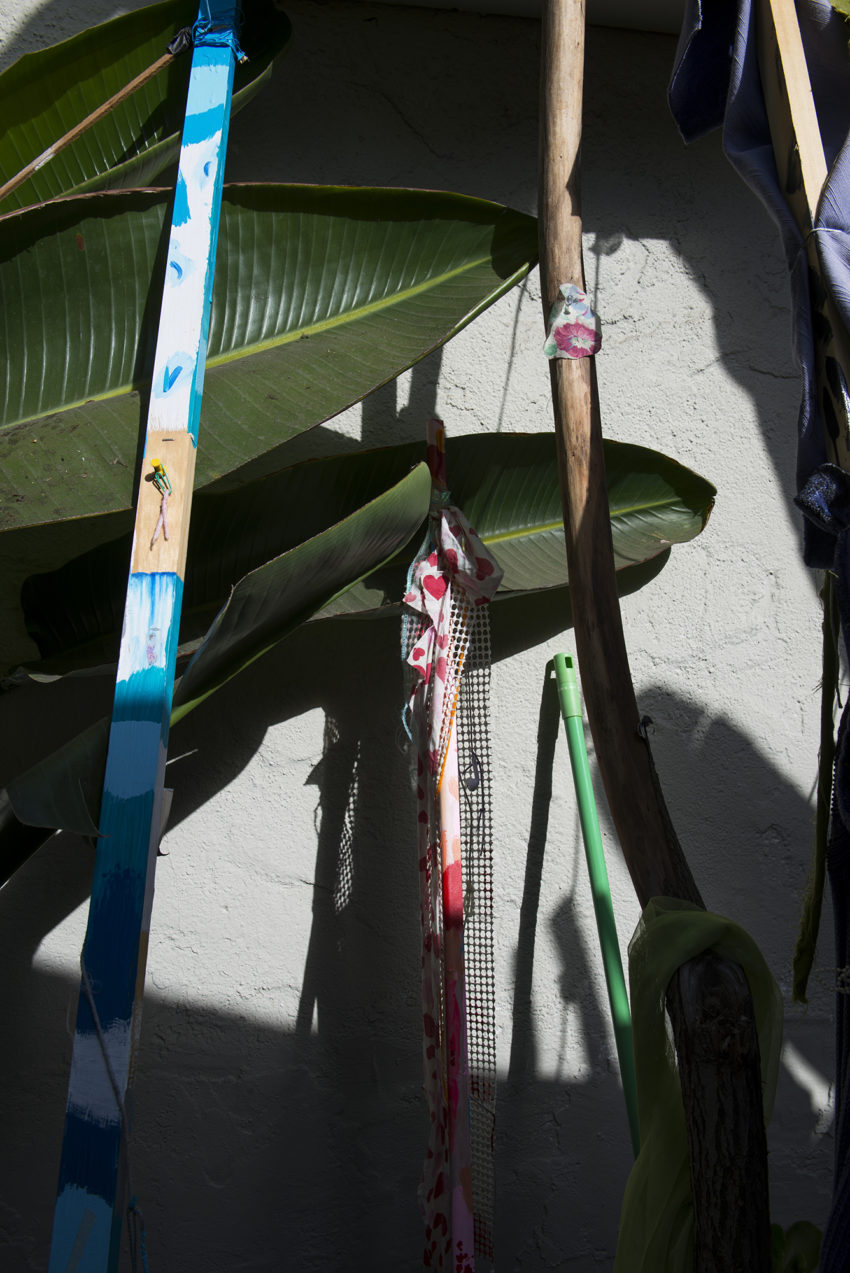 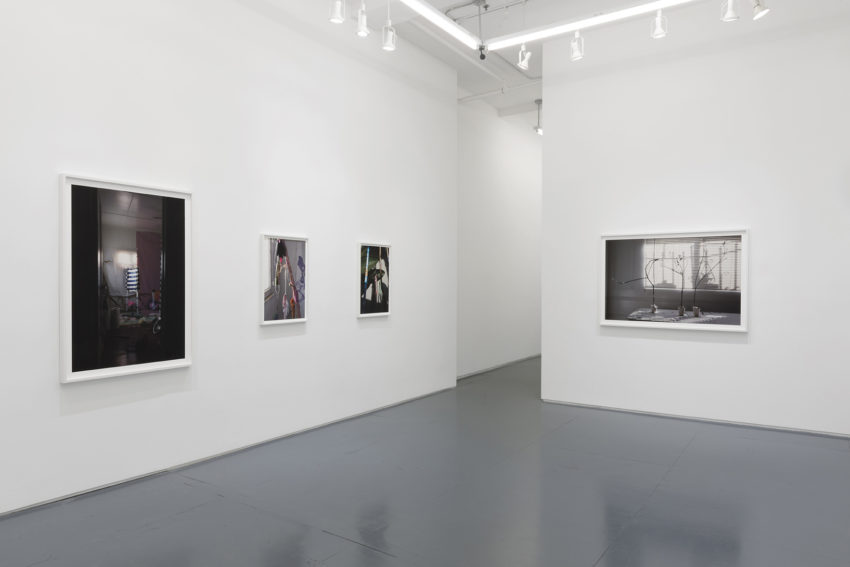 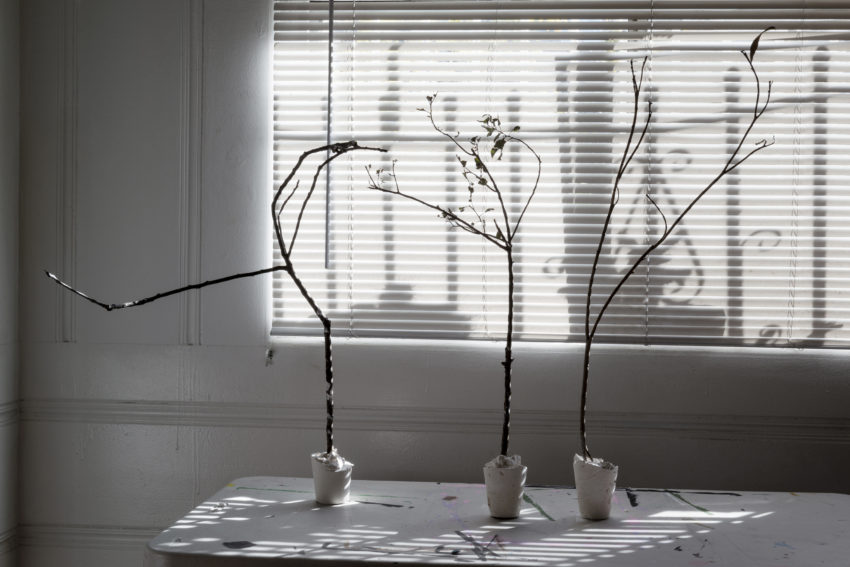 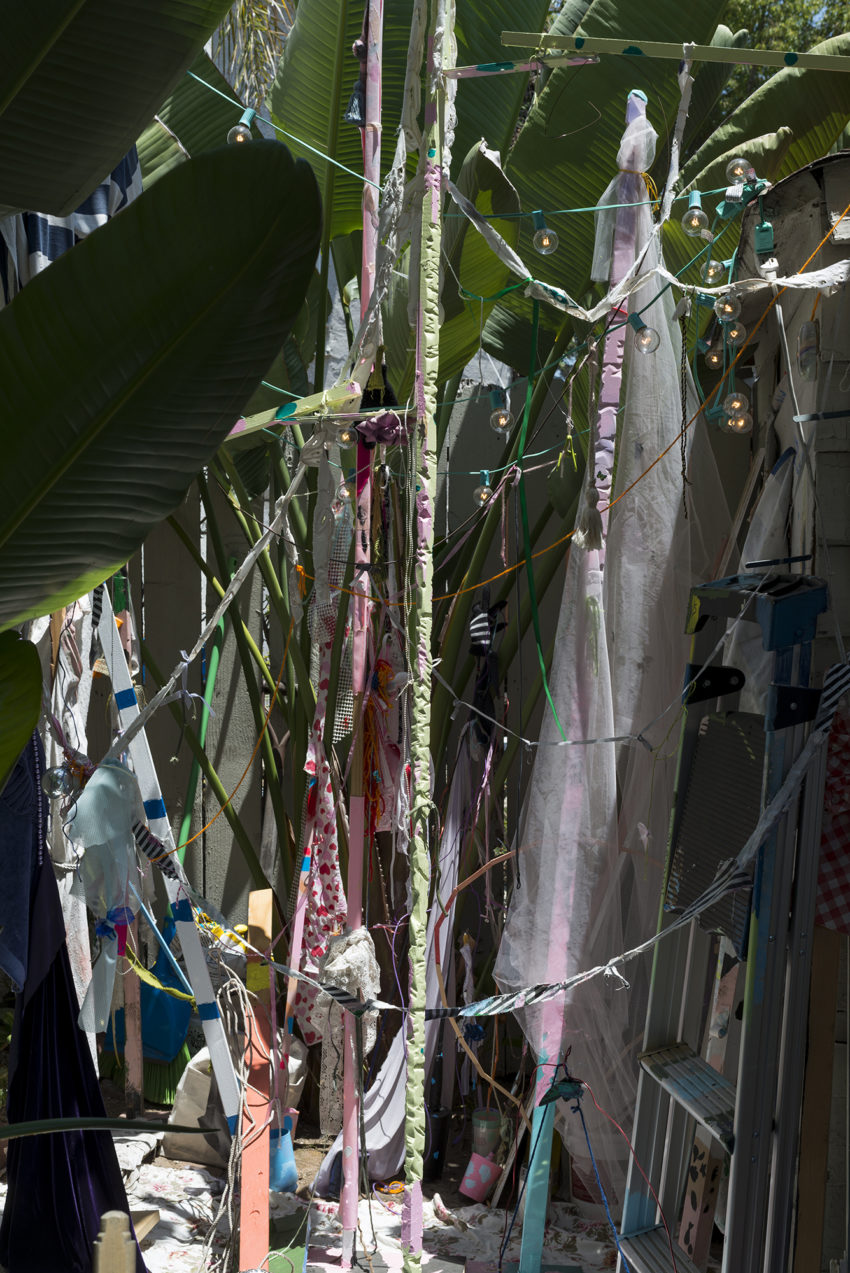 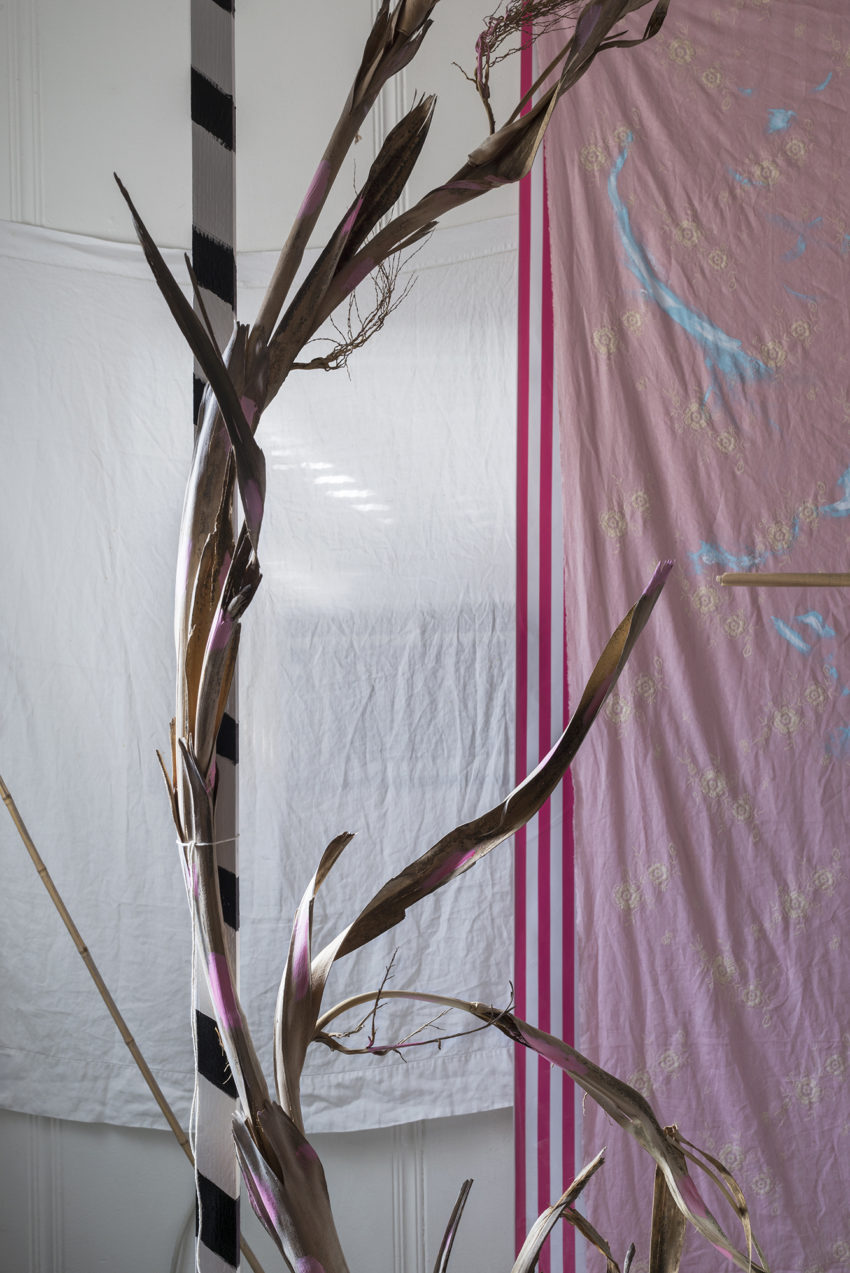 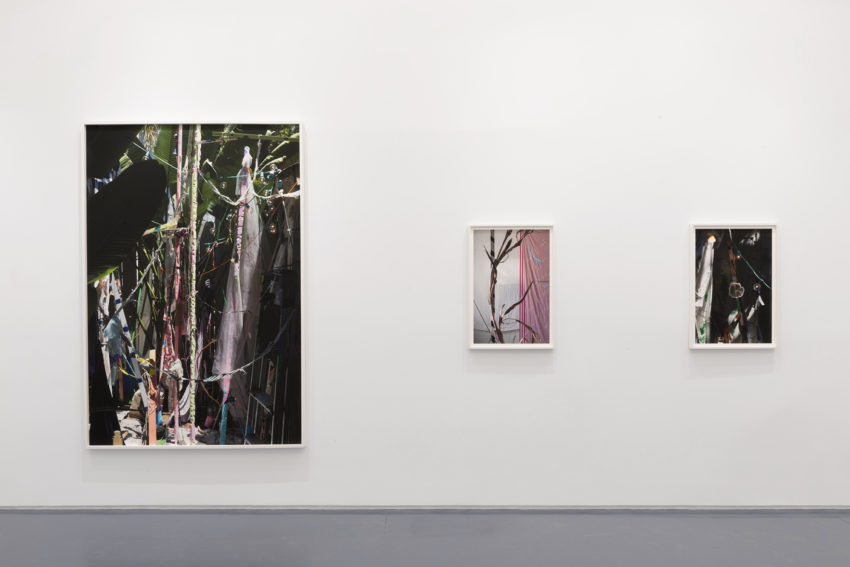 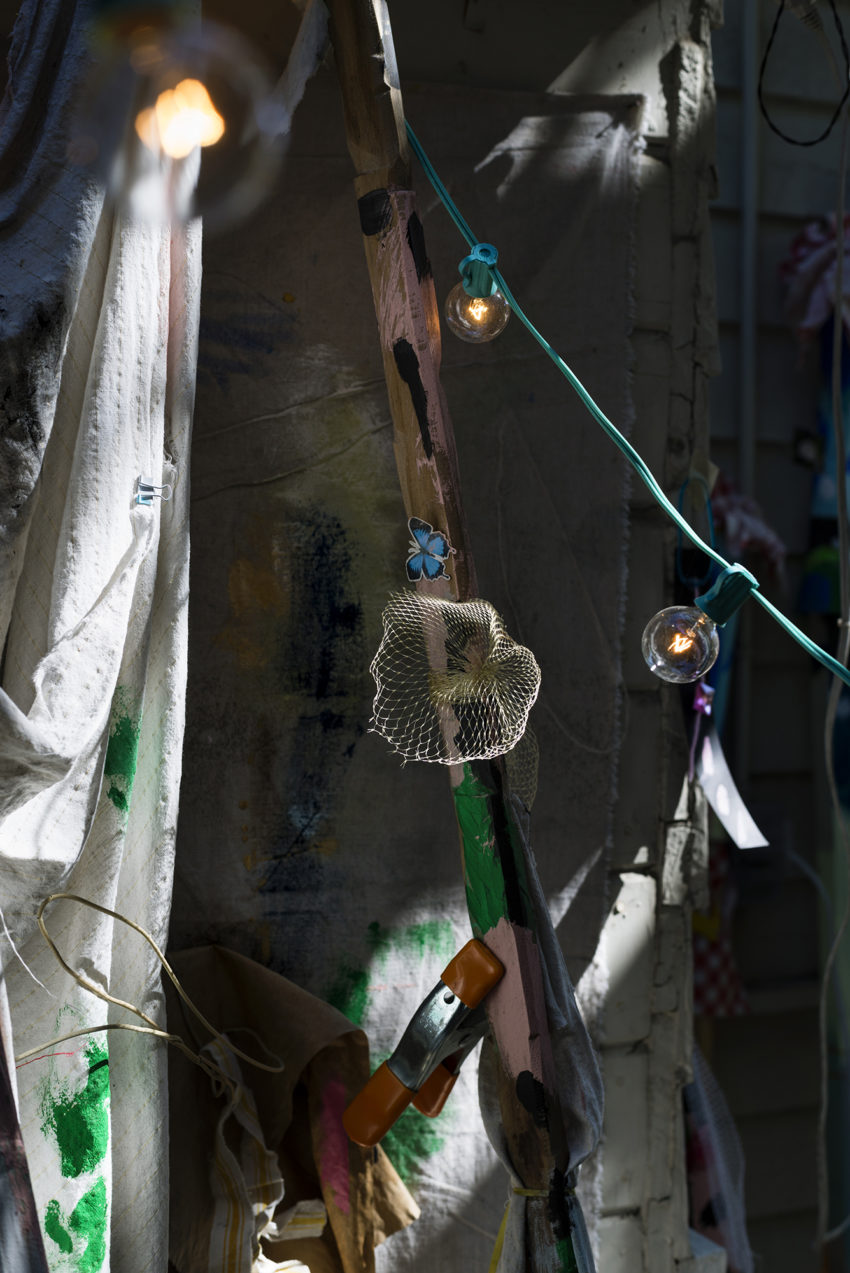 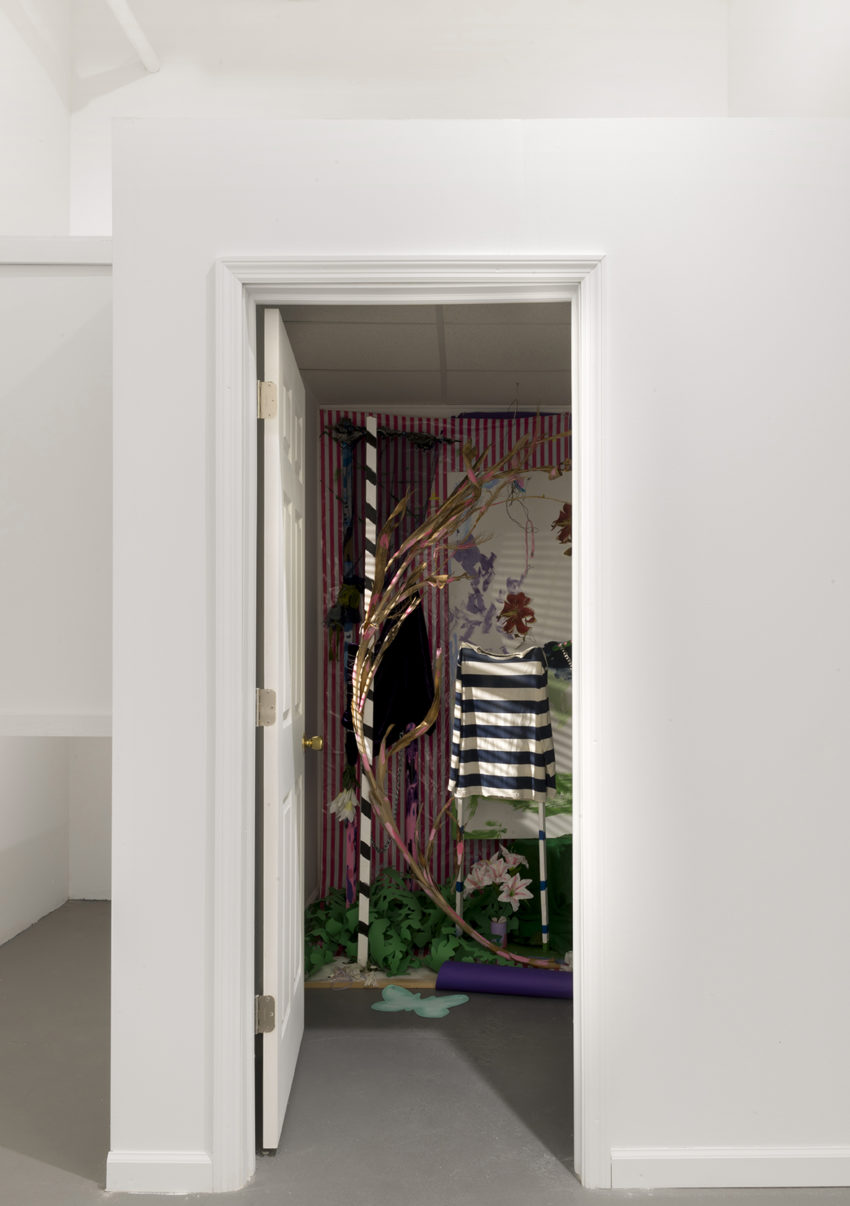 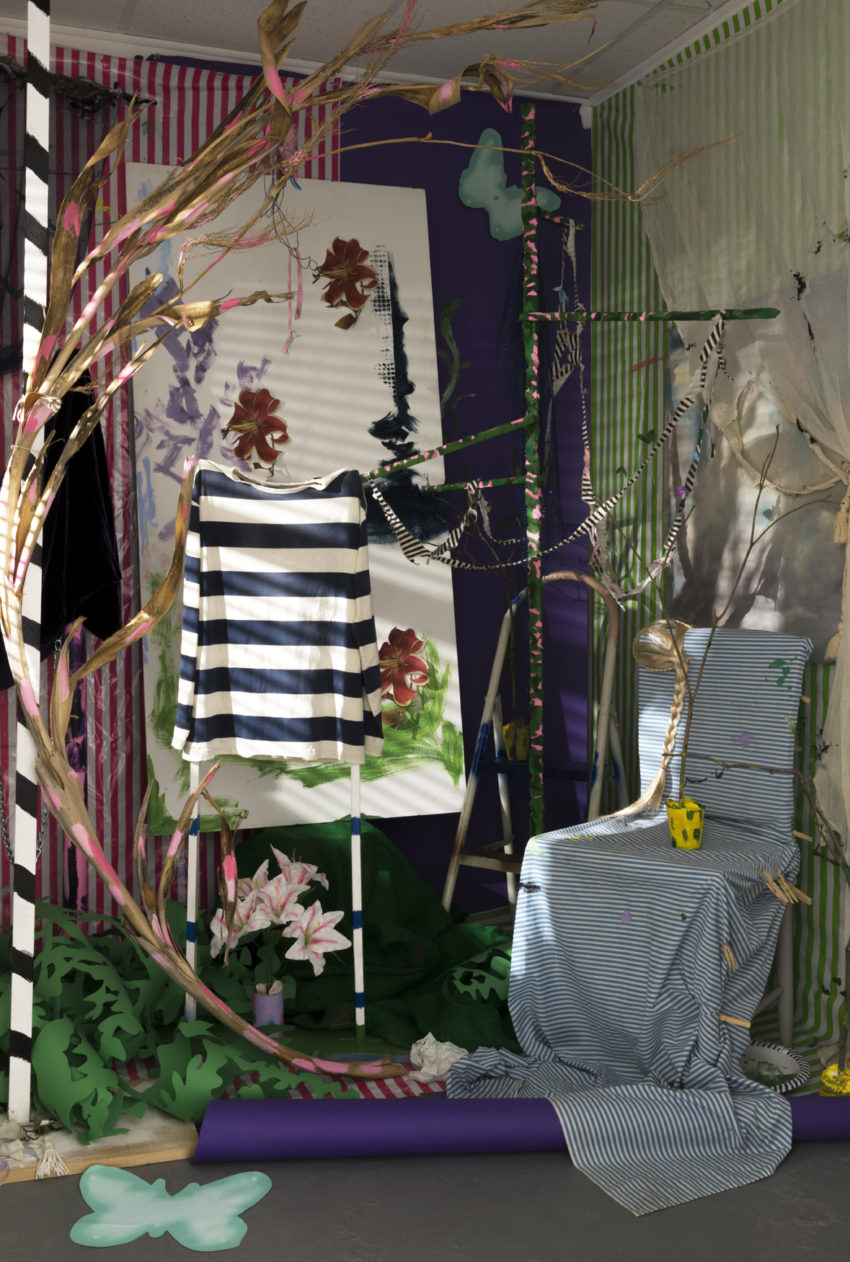 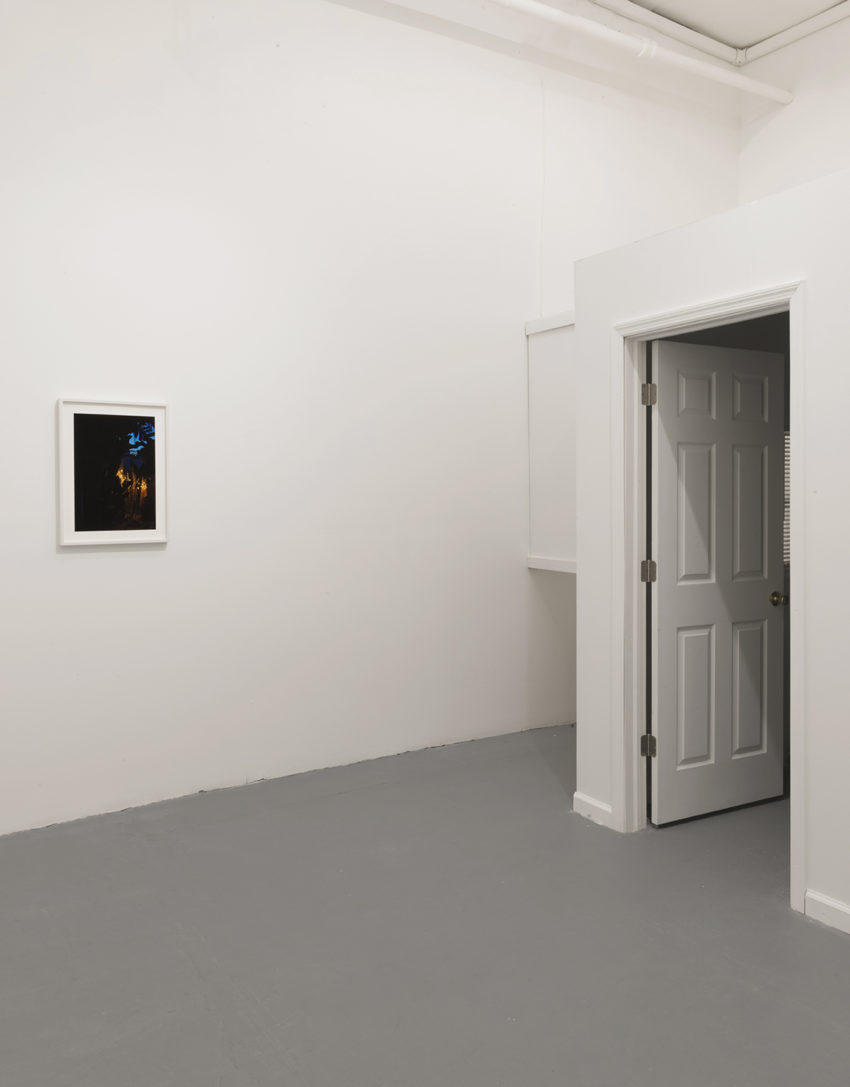 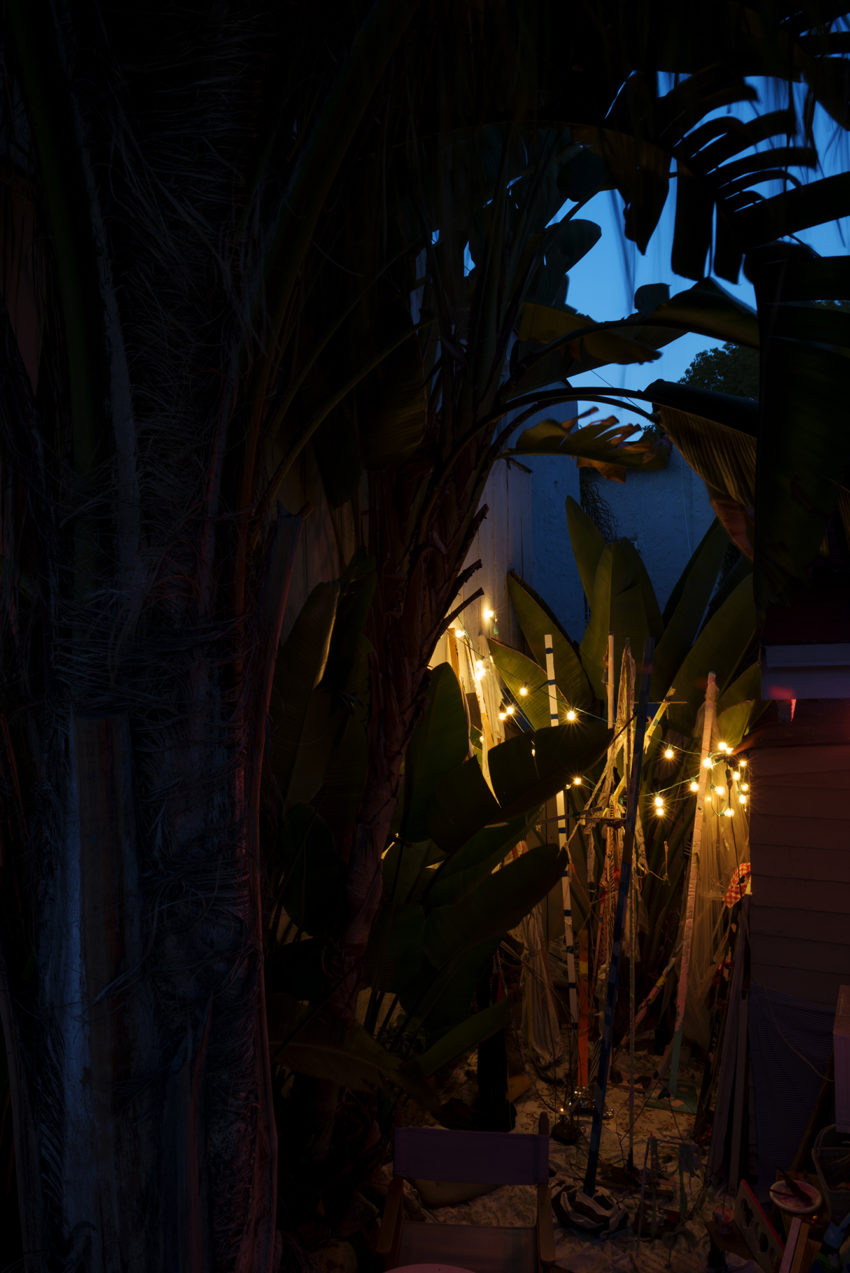 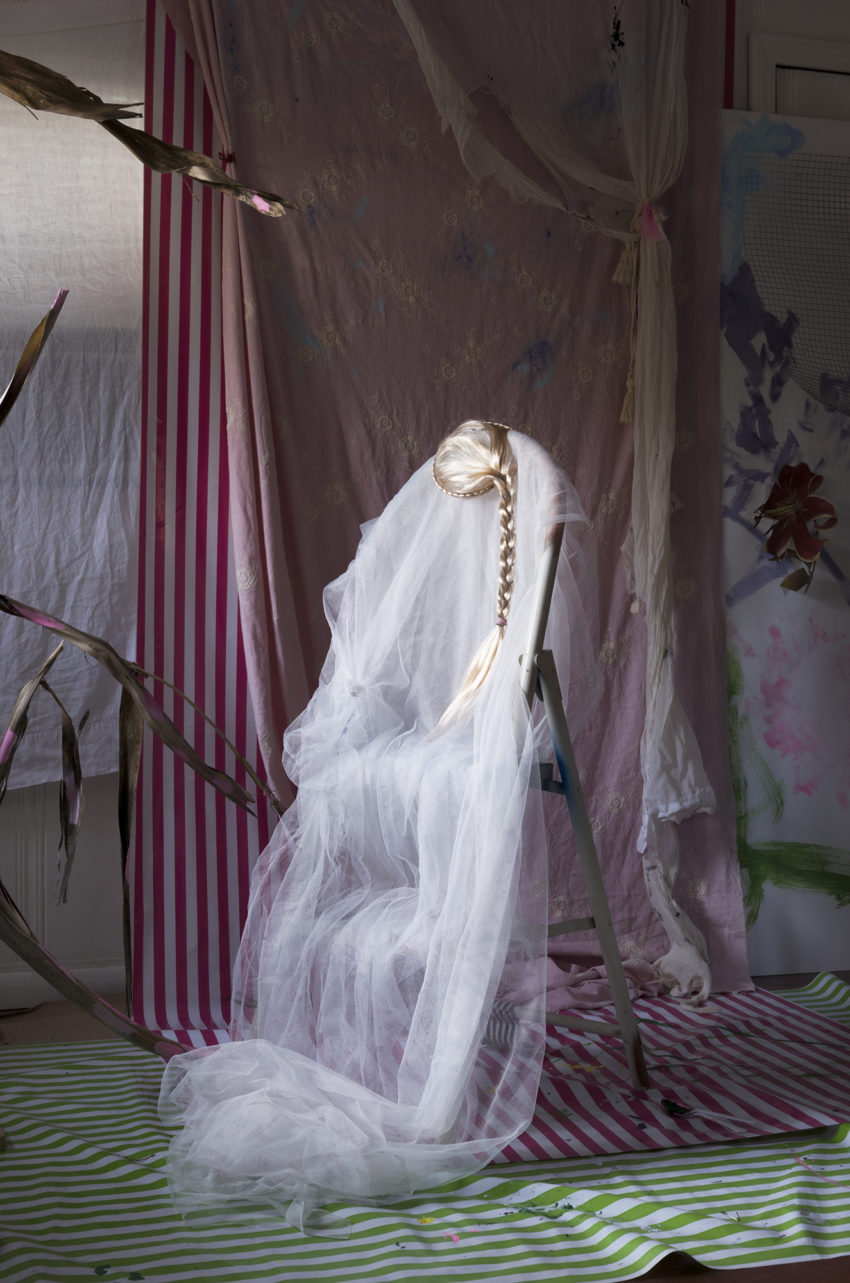 House & Garden, David Gilbert’s fourth solo show at Klaus von Nichtssagend, consists of new work made in and around his home. The main space features photographs, while the front gallery houses an installation made from elements transplanted from Gilbert’s domestic studio in Los Angeles.

After more than ten years of working in a white-walled studio, Gilbert explores a more intimate setting at home. Indoors and out, the installations depicted in the photographs participate in a strange and artificial ecosystem—they develop, grow, inhabit their world, fall apart, and then regenerate in different guises. Interior nesting takes on a wild kind of growth. With thin dead branches set in plaster and butterfly stickers whimsically applied, nature’s frailty comes to the fore and assumes a gendered significance.

Within this fluid framework, we watch Gilbert look for new grounding, composition, or subject. In some photographs, the horizon line and solid centralized subject fall away, resulting in images that feel airy and ethereal. The branches, husks, and leaves gesture as if yearning to break from the photograph’s frame. When more centralized subjects do return, they are elusive and ghostly: empty shirts, gauzy fabrics. As the quality of light changes from photograph to photograph, small, intimate moments become dramatic and epic. This personal world of things tells its own purposefully unstable story, and the photographs capture these transitory vignettes mid-rustle.

The installation in the front gallery breaks out of the photographic; Gilbert has recreated a physical version of his domestic studio. Halfway between diorama and stage-set, the piece is another way to describe Gilbert’s world. Both the photographs and the installation endeavor to secure and convey the feeling of the space yet remain a romantic approximation.

David Gilbert lives in Los Angeles, California. His work has been written about in the New York Times, the New Yorker, Artforum, and X-TRA. In 2017, he exhibited at The Finley, Various Small Fires, awhrhwar, and Del Vaz Projects, in Los Angeles. Gilbert holds a BFA from the Tisch School of the Arts at NYU and an MFA from the University of California, Riverside.