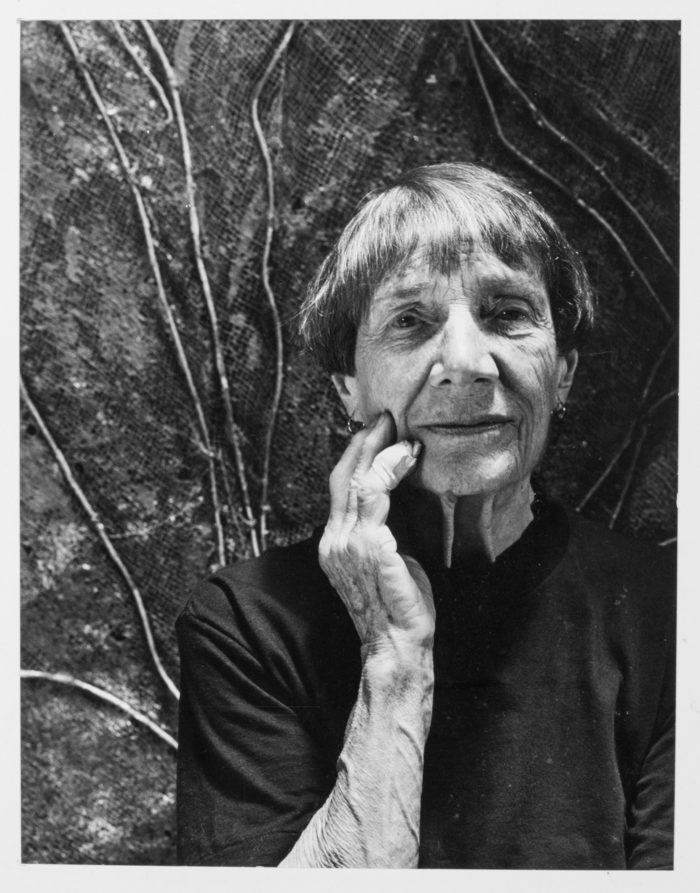 My work is intuitive and emotional, about movement and the figure in space. The physical action of making a bold mark on a canvas is a direct reflection of my own controlled body movement, and overcoming the fear of making that mark.  —Virginia Holt

Klaus von Nichtssagend Gallery is proud to present paintings and etchings made in the 1970s by Virginia Holt (1915-2016). This exhibition was curated by Pamela Jorden whose show, Reflector, will be in the main gallery coinciding with Holt’s.

Virginia Holt began painting in earnest in southern California in the 1960s, and over the next decades, would establish a bold and experimental body of work. [. . .] Holt’s earliest work was in figure drawing, but after studying etching and printmaking with Leonard Edmundson and painting with Emerson Woelffer at Chouinard Institute (later CalArts), her work quickly evolved into an abstract style. The core qualities of her extensive body of work are characterized by a fundamental interest in color, shape, and energy, yet she remained devoted to the character and charisma of human faces and figures as she sought to understand and experience dynamic color and form on their own terms. [. . .] Holt’s engagement with the art and literary worlds was fueled by a network of friendships (with, among others, artists and teachers Leonard Edmondson and Corwin Clairmont, the musician Captain Beefheart, artists Suzanne Caporael, James Lee Byars and Eugenia Butler, and the writer Mary Jane Moffat), often sustained through extensive personal correspondence.  — Kate Palmer Albers, 2020

In 2009, I curated a show entitled “Sun Zoom Spark”, partially inspired by Virginia and her appreciation of the music and poetry of Don van Vliet and his band. The show’s title is taken from a Captain Beefheart song. I included a large painting by Virginia and several of her small abstract works. The exhibition reflected the characteristics of kaleidoscopic vision, in particular the ways it fragments space and alters images through perspectival shifts and reflections. Ultimately, these qualities demonstrate that visual experience includes not only objects, but also the spaces between them, along with colors and impressions that change and reconfigure themselves through circumstance and time.   — Pamela Jorden, 2020

Take a look at Virginia Holt’s life and work in this edition of the .cloud series.